It’s almost time to hit the ice as NHL 21 will be getting its first look on August 24. Electronic Arts confirmed the news through the official EA Sports NHL Twitter account.

It seems EA is ready to face off against the holiday season with NHL 21 on October 16th, according to EB Games Canada. The game is currently up for pre-order with no case art, but we’ll likely hear about the cover athlete for this year’s iteration on the 24th. Auston Matthews from the Toronto Maple Leafs had that coveted title last year. Who will be next?

Currently, we know that NHL 21 will be hitting PlayStation 4 and Xbox One. Unfortunately, the game will not be receiving a next-gen version this year, and is skipping PC also; it will be forwards-compatible with the PS5 and Xbox Series X, however. Meanwhile, soccer fans can enjoy a fully-fledged next-gen experience with FIFA 21 on PS5 and Xbox One.

EA Sports explained that it has opted to add new features rather than the “resource-heavy task of porting the game to new console technology.” Below is a trailer for NHL 20, not NHL 21. 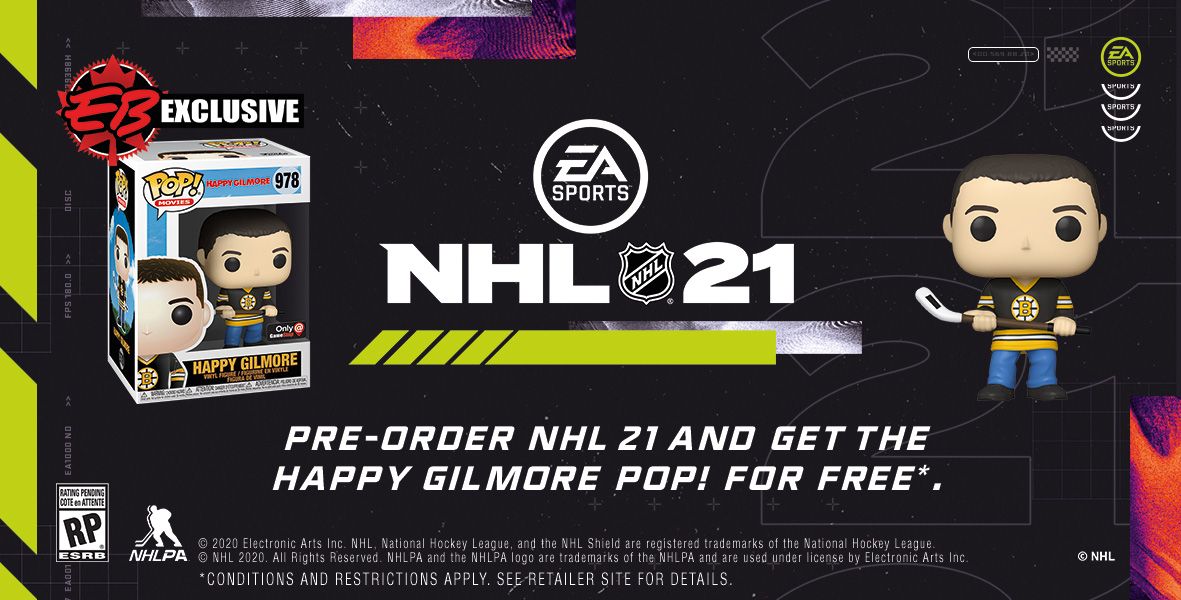 Currently, if you pre-order NHL 21 with EB Games Canada, you will get a Happy Gilmore Funko Pop! vinyl figure and Up to 2 HUT Diamond Player Choice Packs. NHL 21 will be releasing this October for PS4 and Xbox One.