Ni No Kuni: Cross Worlds – 8 Best Side Characters In The Game

Throughout your adventure in the enchanting and magical world of Ni No Kuni: Cross Worlds, you will come across some pretty interesting side characters along the way. Some you will briefly encounter, assist in missions, or fight side-by-side against the evil that is planning to spread corruption throughout the world of Ni No Kuni.

Some characters that players usually encounter only have brief and forgettable dialogues. With several in the game, you may tend to get them all blurred and mixed up. Although some characters may appear as fillers in the story, some will surely enliven and enhance your experience in different ways. 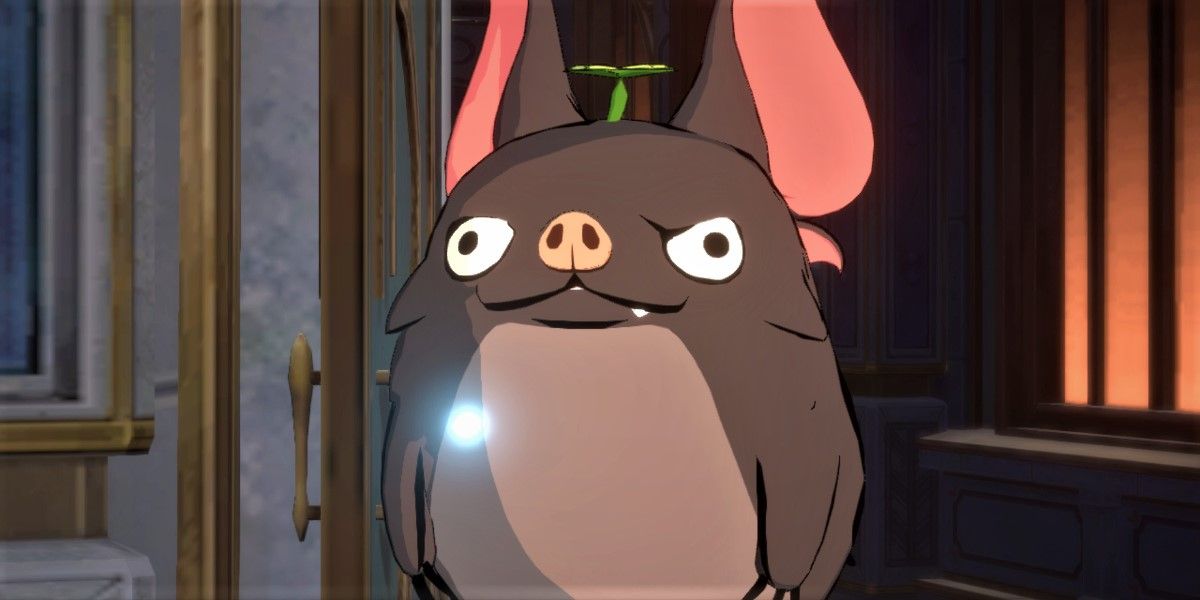 Cluu, the royal protector of Queen Sia, is an unknown creature. He isn’t a fairy, familiar, or a player. However, he is often referred to as a “flying pig” by characters in the game.

He may come across as an uptight creature that doubts everything and everyone he comes across. He hates dealing with unnecessary missions that could cause delay to his main priority — to save Queen Sia and the Nameless Kingdom. However, despite his serious and cranky nature, he has a kind heart and is always willing to help those in need. 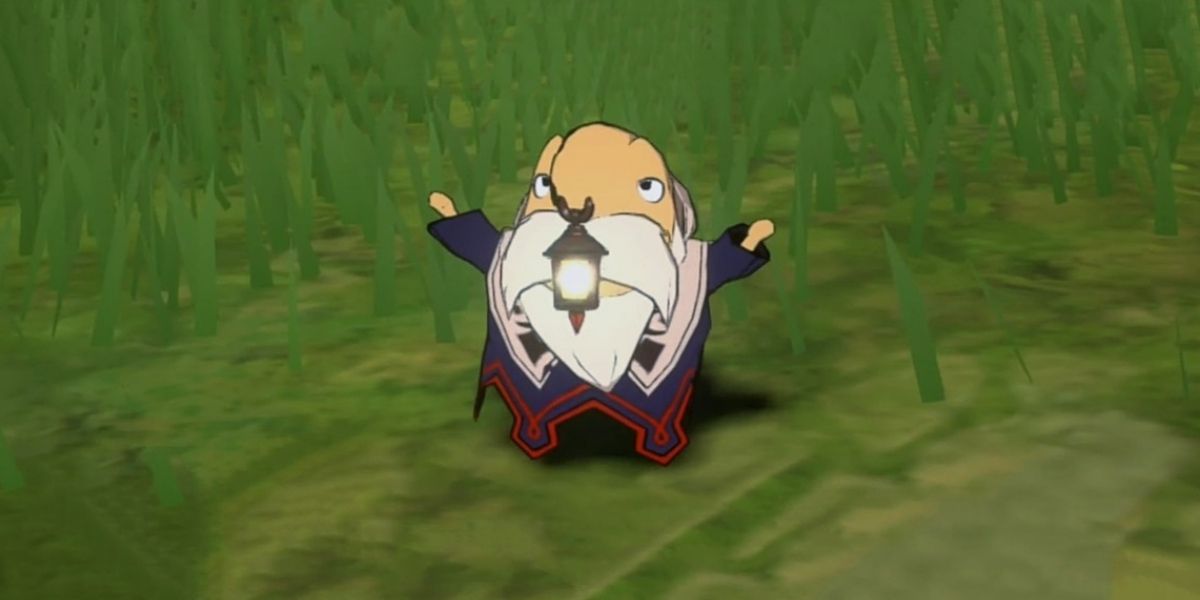 If you've been a long-time fan of the series, you may find The Great Fairy quite similar to Drippy, a character from Ni No Kuni: Wrath of the White Witch. Both are respected fairies, have lanterns dangling off their nose, and love giving out snarky remarks.

Some are convinced The Great Fairy is Drippy in a different form, or at least a fairy related to him in some way. Either way, players hope to find an explanation for this strange resemblance. 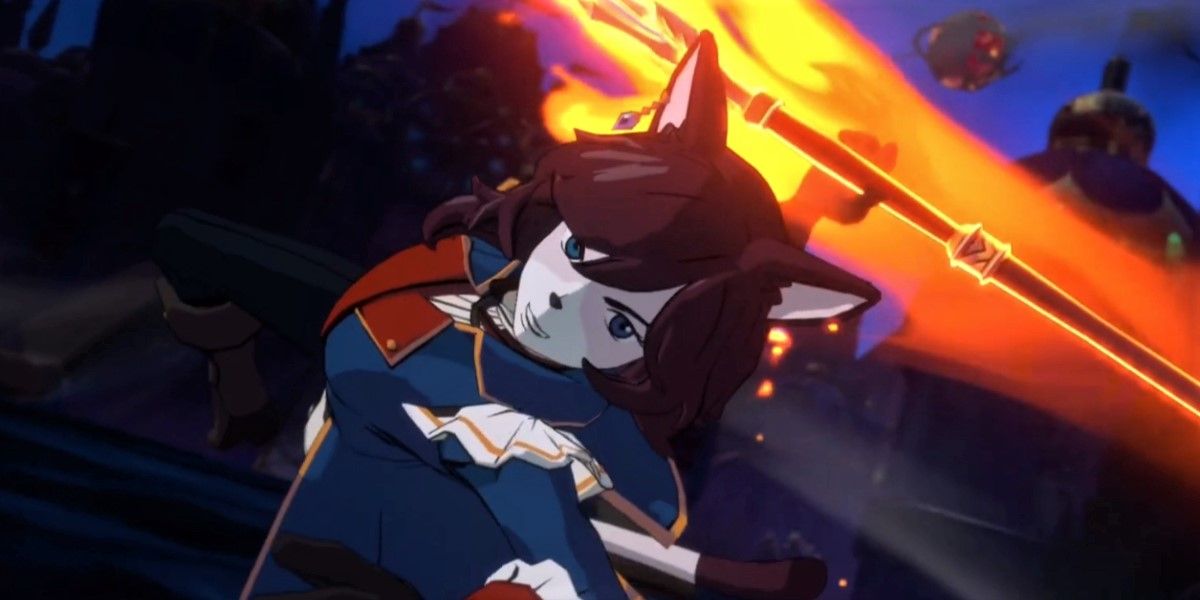 Edelian is a part of the Grimalkin race of cat-like people, and is the captain of the Knights of Evermore. Her main priority is to keep both King Lucilion and the Kingdom of Evermore safe from any harm. You can also guarantee your safety by simply being with her.

Her sense of honor and duty isn’t the only reason why we love her character — who doesn’t love a strong female that can kick ass? 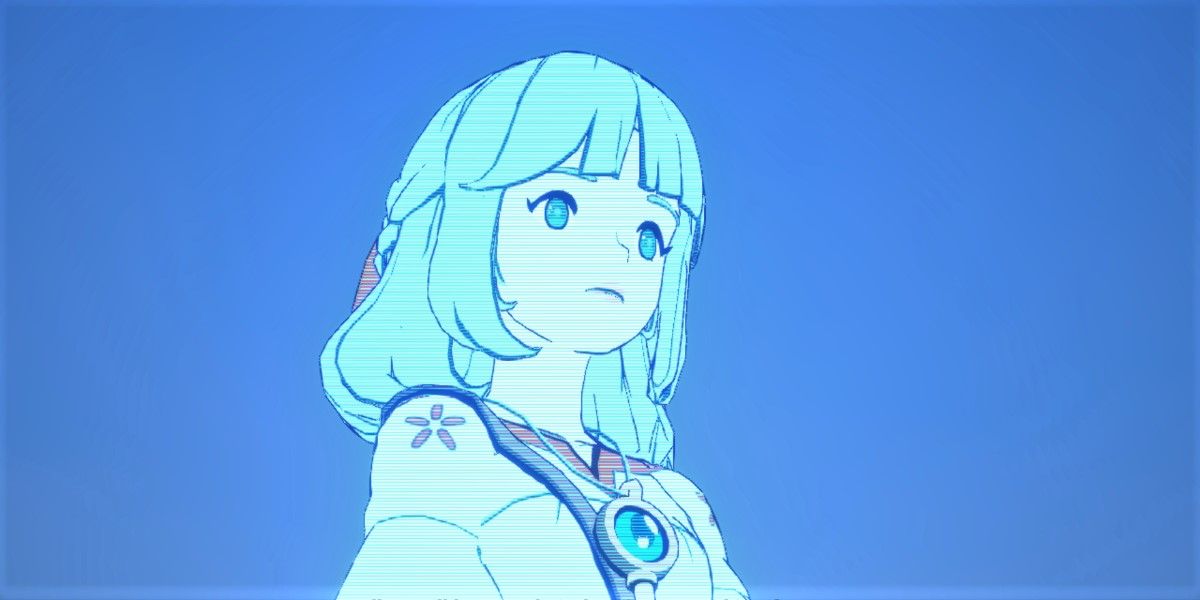 Rania is the first character you will encounter in the game. She appears as an AI, introducing herself as your digital assistant on your adventure. When a glitch suddenly occurs, the AI is replaced with a parallel version of herself that appears to be more human-like.

She is a mysterious character that appears from time to time, trying to warn you about what the Mirae Corporation is planning. She insists that you find a way to escape Ni No Kuni and help other players return to their original world, or else your souls will all get trapped in the game. 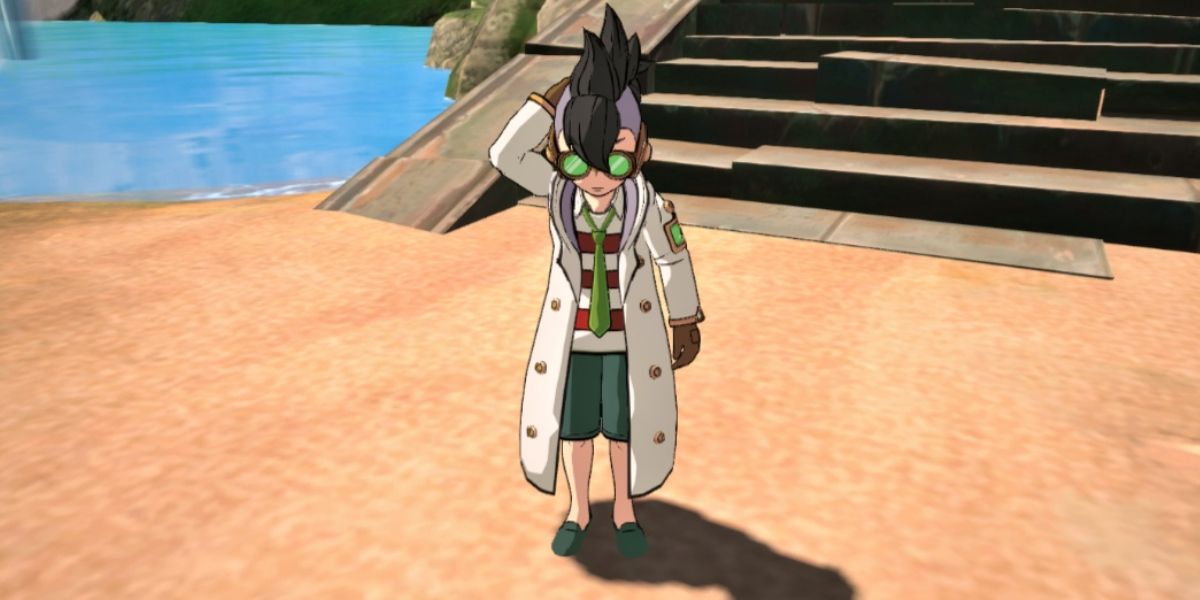 If you see a kid with spiky hair, wearing a lab coat matched with big goggles, that's Bryce, the energetic, strong-willed, and curious kid that often wanders around trying to discover new things. He isn't just any simple kid, however — he is an archeologist from the Arcana Expedition.

He is known for causing trouble and disobeying his captain's orders, so he can further pursue his research. But thanks to his curiosity, he has found valuable artifacts that help contribute to saving the world of Ni No Kuni. He is that one character that may sound odd, but always ends up being right. 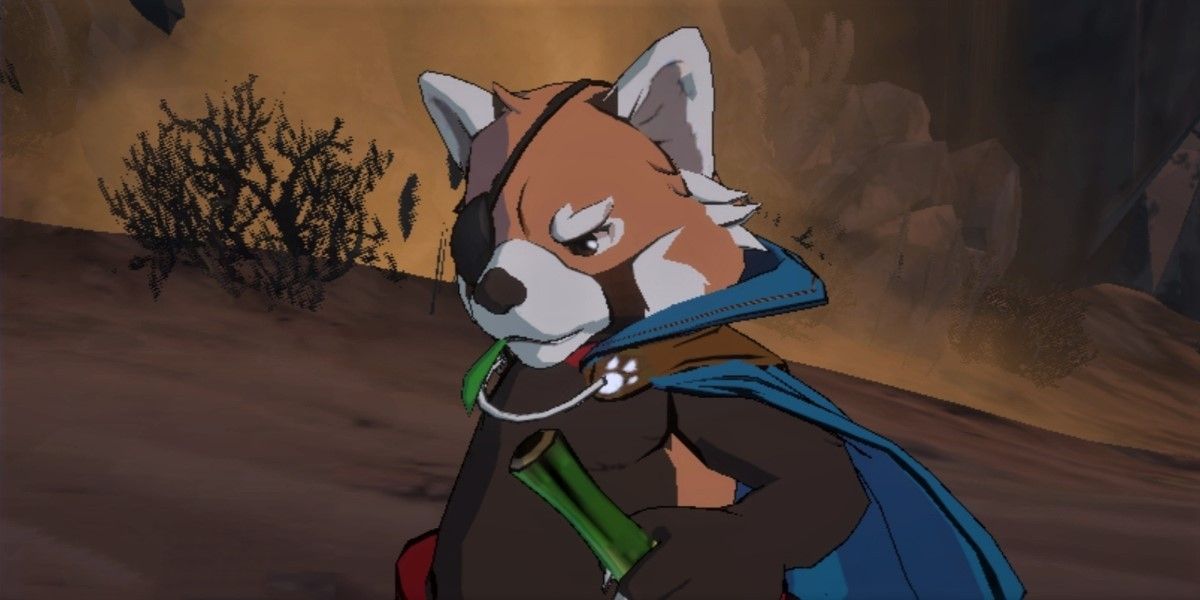 Varum used to be known as "The First Mate" to the Sky Pirates. Now he appears to be a player that is stuck in the body of a raccoon, instead of having a human-like form like the rest of the players. Nobody knows exactly what happened, but he claims to be a really good-looking guy in the real world.

He comes across as someone selfish. When there's danger, he usually wouldn't put himself at risk for other people. However, as the story progresses, he decides to take an active interest in protecting the world of Ni No Kuni, since he is forced to live there anyway. 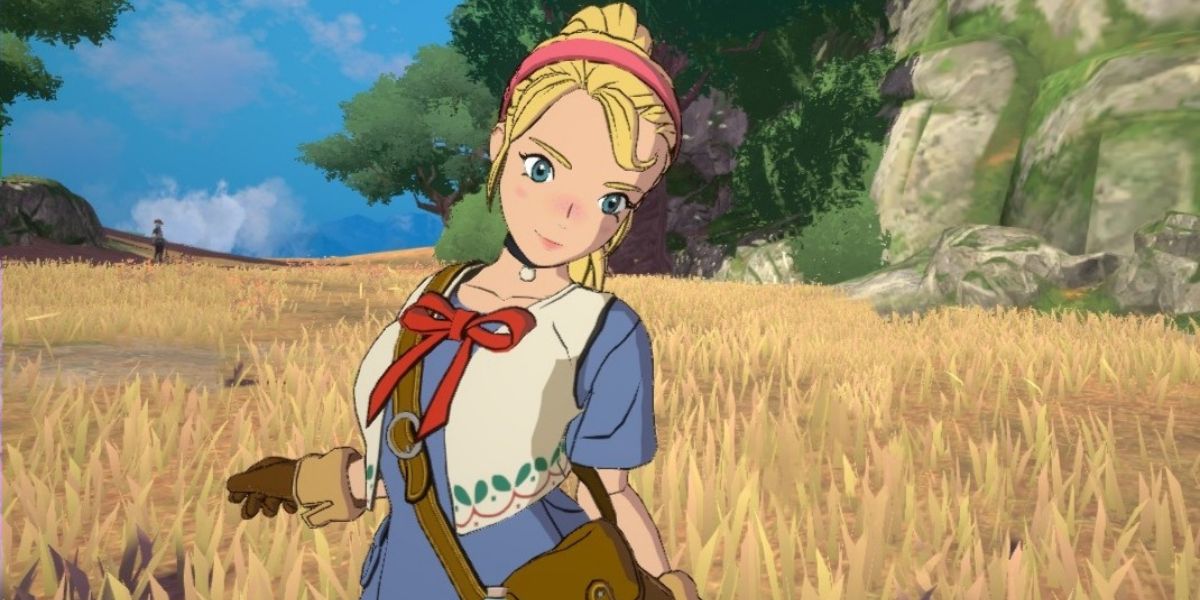 Chloe, a beautiful young lady with blonde hair, is a player who believes that Ni No Kuni is all just part of the beta test she’s involved with. She first appears when trying to save Platypaws from the monsters in the fouled forest. She is a happy-go-lucky, unpredictable, and optimistic girl who is often seen expressing her love for cute things — and especially towards Cluu.

Another thing she loves to do is to chat non-stop. She is that one friend who never runs out of energy. Although she may come across as a little too talkative for some, she is a character who helps lighten the mood and bring life to your adventure. Without her, things would get dull. As you progress in the game, prepare to deal with more of her non-stop chats and fondness for the cute creatures you will encounter. 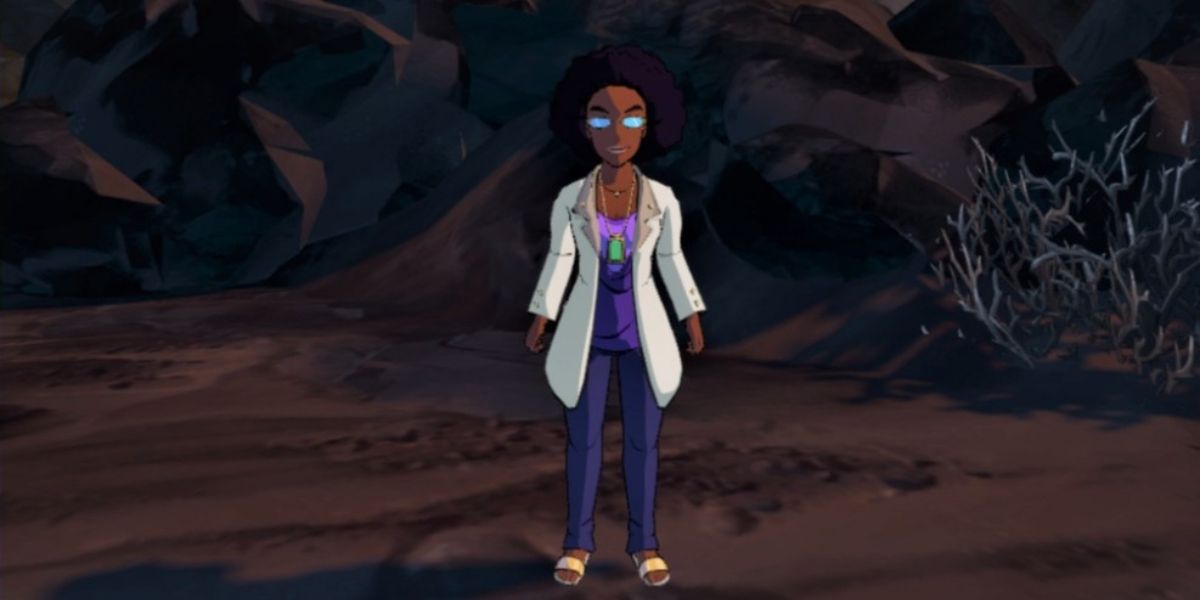 Botanist Marie is a researcher from the Arcana Expedition. She is known for making up stories, like her mother having an incurable disease of getting really hungry when not eating for a while. She is quite the actress — not necessarily a good one. However, it seems to do the trick.

In time, she runs out of excuses and instead just asks you straight up to help her do her research. Instead of being annoyed by her lies, she ends up giving players quite a laugh. We've all come up with lame excuses just because we were too lazy to do things for ourselves, so in that respect she is one character players can relate to most.