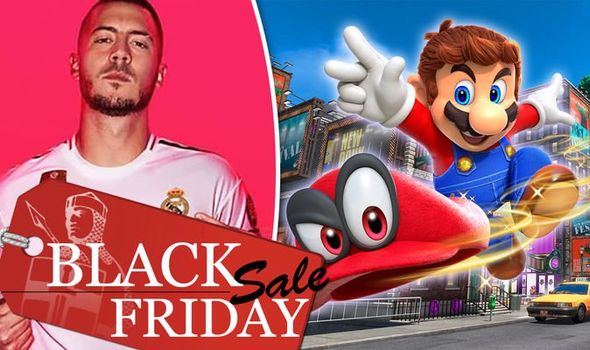 The Nintendo eShop is holding its own Black Friday event and will be launching some top deals for Switch gamers.

Anyone missing a few titles in their collection will have access to both first-party and third-party games very soon.

The Nintendo Switch Black Friday Deals will be launching later this week, with more than 150 titles promised.

The headliners include titles like Zelda Breath of the Wild and Super Mario Odyssey, but it sounds like there will be a lot of third-party stuff too.

But these deals won’t be available to Nintendo eShop users until the end of the week.

Nintendo has confirmed that these new Switch deals will be going live on Friday, November 22.

And according to the latest news, these new Black Friday deals will be available to purchase to around 2pm in the UK.

Discounts will run from 30% to 70% on specific games, and it will certainly be worth a look for those thinking about upgrading soon.

Here’s the latest from Nintendo, who confirmed in a new announcement this week:

“With Black Friday just around the corner, one of the biggest Nintendo eShop sales of the year will be kicking off on Friday 22nd November at 15:00 CET and running until Sunday 1st December at 23:59 local time.

“The Cyber Deals sale will offer over 150 titles for Nintendo Switch at discounted prices. Visit Nintendo eShop once the sale goes live on Thursday to see all the titles included and the discounts on offer.

“With such a large range of games on offer, the Cyber Deals sale has something for everyone.

“Whether you’ve recently purchased a Nintendo Switch Lite and are looking for games to enjoy on the go, or you’re a Nintendo Switch veteran looking for something different to try, the Cyber Deals sale is a great opportunity to expand your software library and broaden your gaming horizons.

“For Nintendo Switch Online members who wish to play classic NES games in an authentic fashion, the Nintendo Entertainment System Controllers from My Nintendo Store will be available for 20% off regular price during the Cyber Deals sale period.”

Amazon is another big retailer that will be hosting deals on Nintendo Switch devices for Black Friday.

The US retailer is kicking off savings with money off of HD TVs and Ultra HD TVs, Amazon devices, and even Nintendo Switch bundles.

This includes a Nintendo Switch offer for the console at £229, with a lot of other retailers following suit.

EE has also unveiled a number of early Christmas deals, including data at a low cost – and with an excellent choice of freebies ranging from Ultra-HD TVs to the Nintendo Switch.

For gamers based in the United States, there will also be plenty of deals available during 2019.

Starting on November 28, select retailers will offer a bundle including a Nintendo Switch system and a download code for the Mario Kart 8 Deluxe game, at a suggested retail price of only $299.99.

“With Nintendo Switch, parents are not just giving a gift to their kids – they are providing fun for the whole family who loves to play together,” said Nick Chavez, Nintendo of America’s Senior Vice President of Sales and Marketing.

“Families who have been waiting to pick up a Nintendo Switch system have the perfect opportunity on Black Friday to take advantage of one of our many offers and add some Nintendo fun to their holiday plans.”