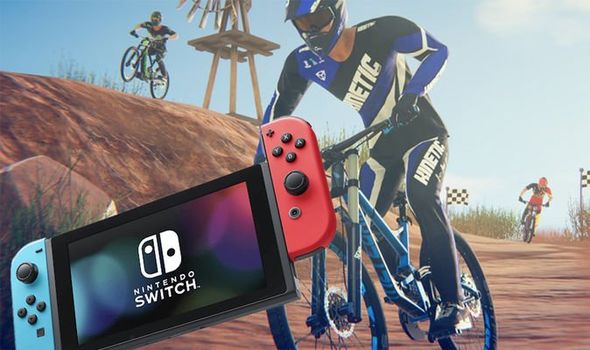 Nintendo Switch owners can download and play downhill motorbike game Descenders for free, but only for a limited time.

Available from now until April 27, Descenders is free in its entirety, although you will need a Nintendo Switch Online subscription to gain access.

“Descenders, our multiplayer downhill biking game, is now available to play for free on Nintendo Switch via the Game Trials program in Europe and Australia!” reads the official announcement.

“Until April 27, any Switch owner who has a Nintendo Online subscription can download and play the entirety of Descenders for free.”

If you enjoy the game and want to continue playing beyond the trial period, Descenders is also available at a discounted price.

“The game also has a 40% off discount available, for those players who would like to continue playing after this time period has ended,” Nintendo adds.

The discount – which takes the price down to just £11.99 – runs until May 18, so there’s plenty of time to take advantage of the offer.

Descenders is described as a “fast-paced extreme downhill biking game that’s easy to pick up, but difficult to master”. As far as descriptions go, this is pretty spot on.

The Roguelite progression system mixed with procedurally-generated tracks, high-speed biking and twitchy physics leaves you with something resembling Slay the Spire and Trials HD.

As you make your way through the branching stage select on your way to the boss track, you can unlock crew members, earn sponsors, and complete risky optional objectives for various bonuses.

While it’s not quite as polished as other versions, the short-burst action makes Descenders a perfect fit for the Nintendo portable.

In other Descenders news, a physical version of the game is coming to Xbox Series X/S and Xbox One consoles this summer.

The game features the option to play with 4K visuals or at 60 frames-per-second, and adds new eight-player lobbies.

“With Smart Delivery, players taking up the challenge on Xbox Series X will get to compete in 8 player lobbies and experience improved visuals, while having the option to play in a 4K resolution mode or 60FPS performance mode,” reads the official description.

“Lead your team to glory and become the next legendary Descender. Descenders is extreme downhill freeriding for the modern era, with procedurally generated worlds, and where mistakes have real consequences.

“Take on different jumps, slopes and hillbombs every time you play, and control every subtle movement of your rider, with an in-depth physics system made for slick whips and scrubs. Build your rep in a fully-featured online Rep system that lets you show off your worth and earn new bikes and threads.”