Nintendogs Mobile Rumors Show How Far Ahead The DS Was

Nintendogs, rumor has it, may be headed to mobile at some point in the future. A mobile patent Nintendo filed back in November 2021 was recently approved, and the details of the document point to something that sounds a lot like an AR-enabled version of Nintendogs. The Big N didn't namecheck the hibernating franchise, but it sure seems like that's what the patent is describing.I haven't played with my dogs in years, but hearing this news makes me nostalgic for those early, glory days of the Nintendo DS.

I've written before about how futuristic the two-screened handheld felt when it was first announced back in 2004, but I think that perspective can be difficult to understand if you grew up in the 2010s, when iPhones and iPads had become an ubiquitous part of everyday culture.

But when I first saw Reggie Fils-Aime hoist the prototype version of the bulky gray handheld at E3 in 2004, it was promising things I hadn't imagined a gaming console could do until then. The dual screens, the touch capability which allowed games to use drawing and tapping as mechanics, the microphone which could be spoken into or blown on, the native support for wi-fi, the 3D graphics.These innovations were mind-blowing when the Game Boy Advance was the most ahem advanced hardware on the market. 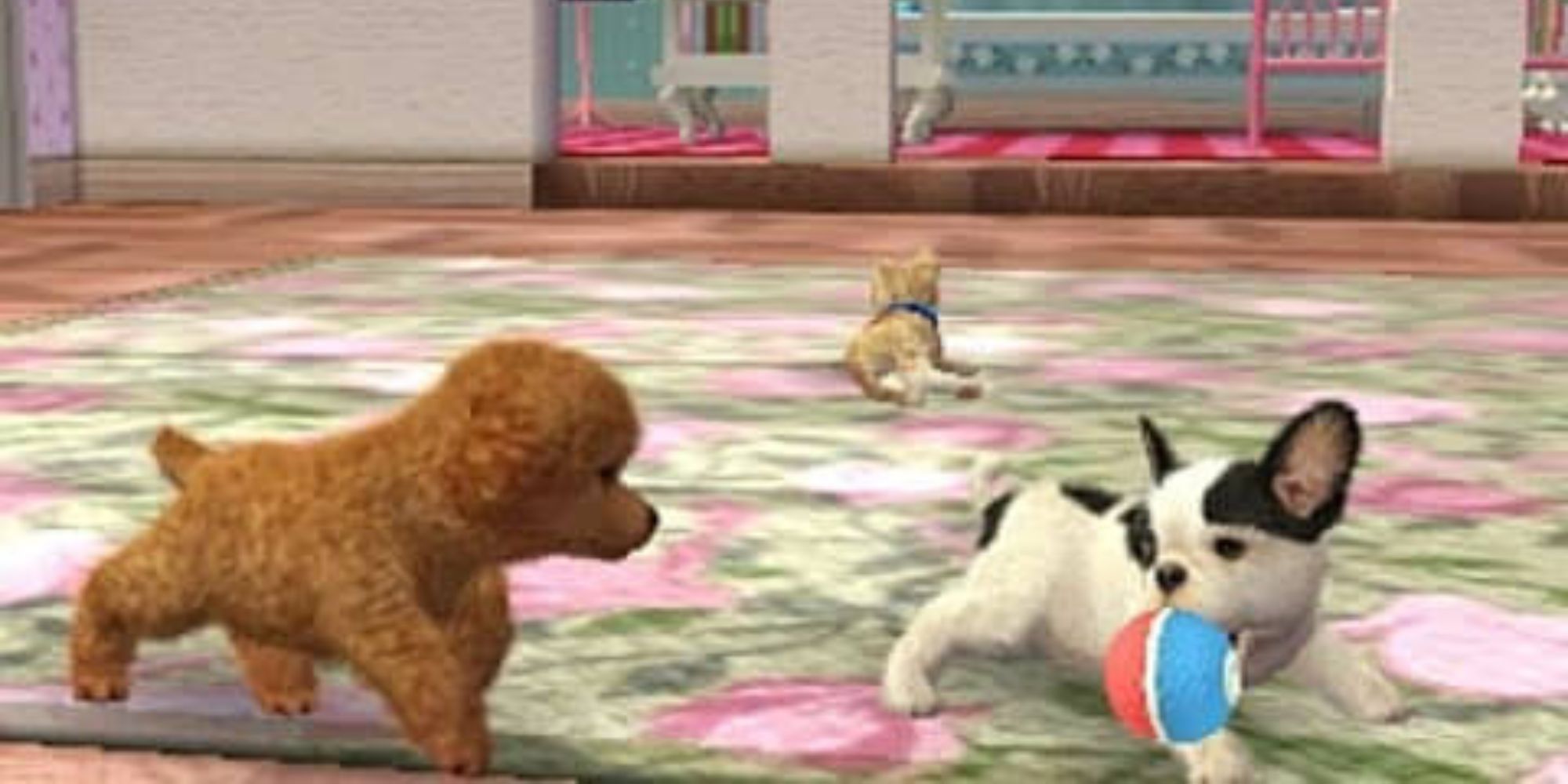 And Nintendogs was the early game that was best designed to take advantage of these features. You could use the stylus to pet your dog's head, give them a bath, or hold their leash while you took them for a walk. You could use the microphone to call their name and give commands. And the dual displays allowed for vertical gameplay, giving your virtual house added dimension that wouldn't be possible on a solitary screen.

Now these are just the things that every smartphone can do. The iPhone screen is vertically oriented, which has trained a generation of gamers to feel just as comfortable playing games up-and-down as they are left-to-right. Those games, largely, use touch controls. In fact, using a controller with a phone game is a mark of being serious about playing with precision, while touch controls are the casual norm for the vast majority of players. And phones, obviously, come with a microphone.

Nearly two decades after Nintendogs first launched as one of Nintendo's flagship titles for its new tech, that tech has been fully integrated into the most popular devices on the planet. If Nintendogs comes to mobile, the patent indicates that it will come with the updated tech available through AR. But, Pokemon Go is almost seven years old at this point. A generation of kids have grown up with AR being as natural a part of life as touch screens became for the generation before. Nintendo may bring the Nintendogs franchise to mobile, but it won't bring the magic of first discovering just how much tech could do. The old dog may learn new tricks, but are they really even new at this point?