Nioh 2: How Do Yokai Forms Work?

There’s a lot of different mechanics and abilities in Nioh 2 that the player needs to understand and master in order to make any progress. One of the most valuable and most vital is undeniably the Yokai Shift, which allows Hide to transform into a gnarly demonic form and wreak havoc upon enemies.

But how exactly does the Yokai shift work? There are a few things that you should know about being a monstrous Yokai and this guide plans on filling in the holes in your Yokai knowledge.

How Do You Become A Yokai? 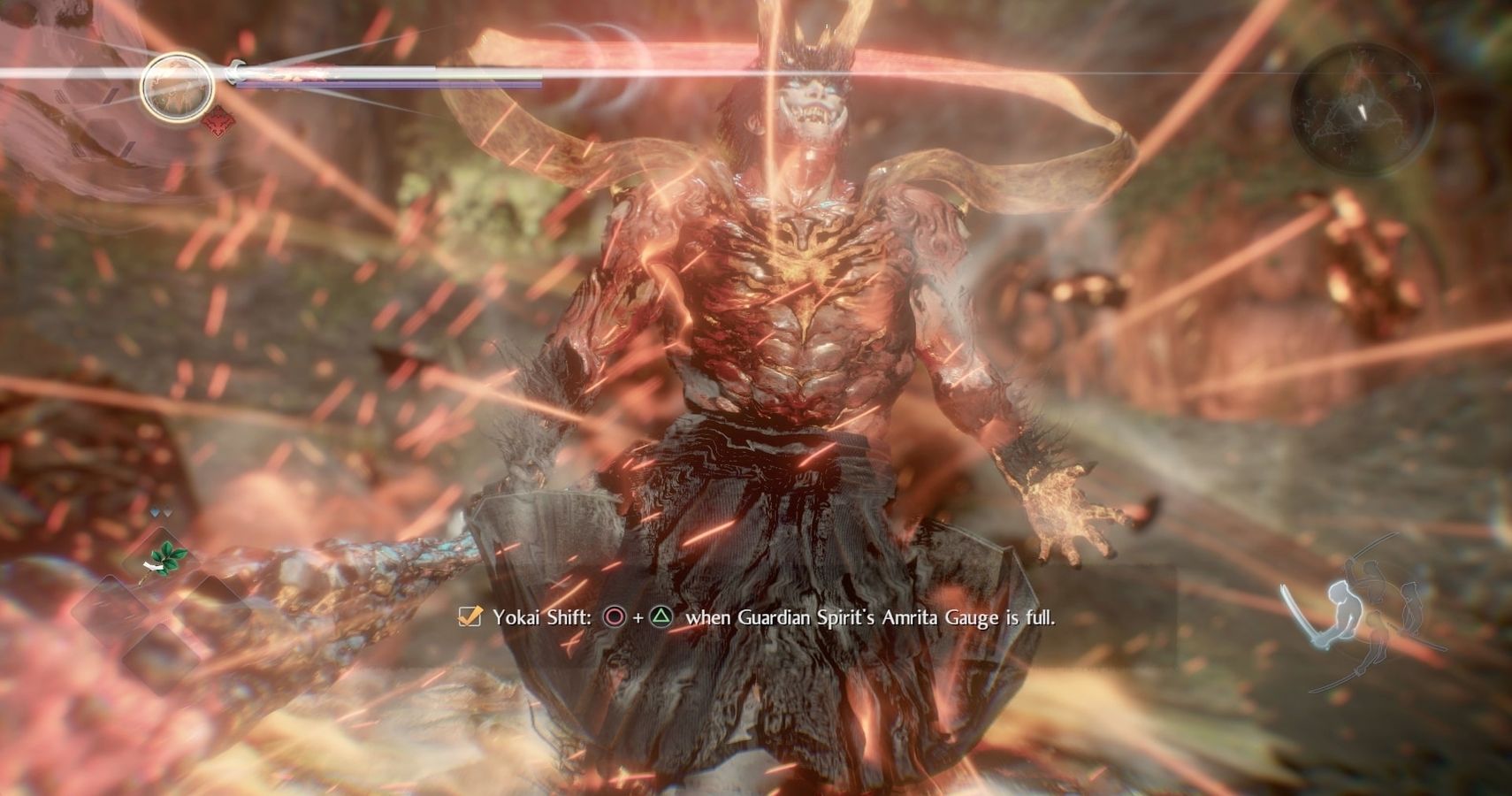 The Yokai Shift is essentially your big super move to help you when you’re in trouble or you just want to deliver more damage. It’s something akin to God Of War‘s Rage Of The Gods or Devil May Cry‘s Devil Trigger, although it’s a little more complex.

When the game starts you’ll be given your choice of Guardian Spirit. These will determine what form you’ll take when you perform a Yokai Shift. Each form has its own advantages and different play styles. There’s the Brute form for dealing heavy damage, the Feral form for more mobility and agility, and the Phantom for magic and ranged attacks. These spirits also have different buffs and bonuses that can assist you in your quest. As you continue through the game you’ll find more Guardian Spirits that you can equip to turn into other Yokai forms.

As for the transformation, in the top left corner of the screen where you see the bars for your health, Ki, and Anima, you should also see a round symbol with a picture of your Guardian Spirit. This is the gauge that tells you when you’ll be able to perform a Yokai Shift. This fills up as you earn Amrita – which is Nioh 2‘s version of souls – and once it’s full you can transform into a demon. You acquire Amrita by killing enemies or using Spirit Stones from your inventory.

What Are Soul Cores? 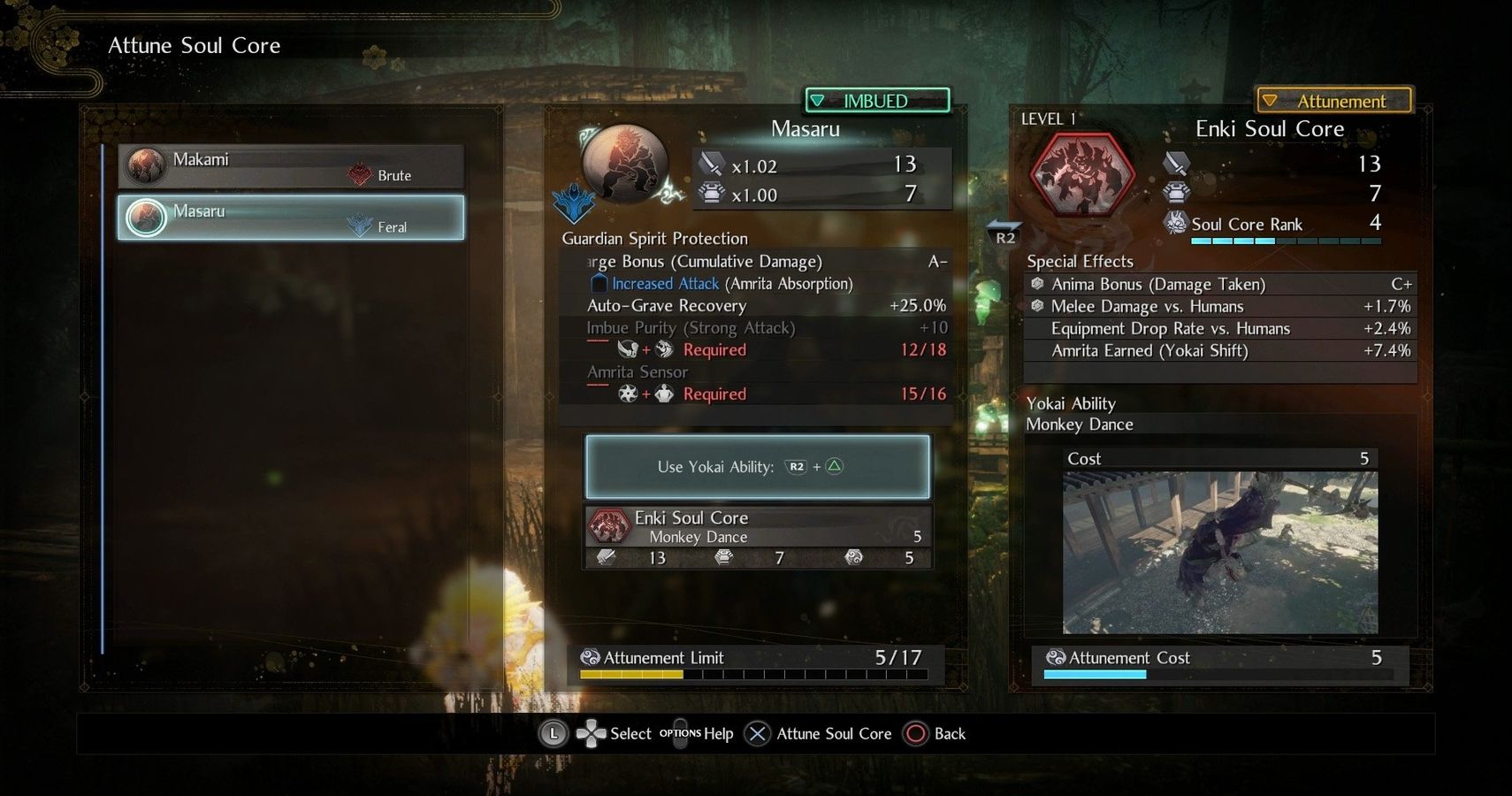 As you play Nioh 2 you’ll discover items known as Soul Cores. You can find these after defeating certain Yokai enemies that are wandering the levels. These will usually need to be purified at a Kodama Shrine – think of them like Dark Souls‘ bonfires – and when that’s done, you’ll be able to attune up to two cores from the shrine’s menu. If you happen to die before you reach a shrine, the Soul Core will be dropped along with any Amrita you’ve earned at your grave and will need to be retrieved.

Soul Cores will allow the player to perform special attacks with your Guardian Spirit. They tend to do a lot of damage but quickly deplete the Anima meter, which is the purple bar underneath the Ki meter. So it’s a good idea to strategize when to use them, otherwise you’re just wasting perfectly good Anima for no reason. Anima can be gained by attacking enemies and it tends to refill a lot quicker when you’re dragged into the Dark Realm by an enemy Yokai.

Don’t Forget About The Burst Counter 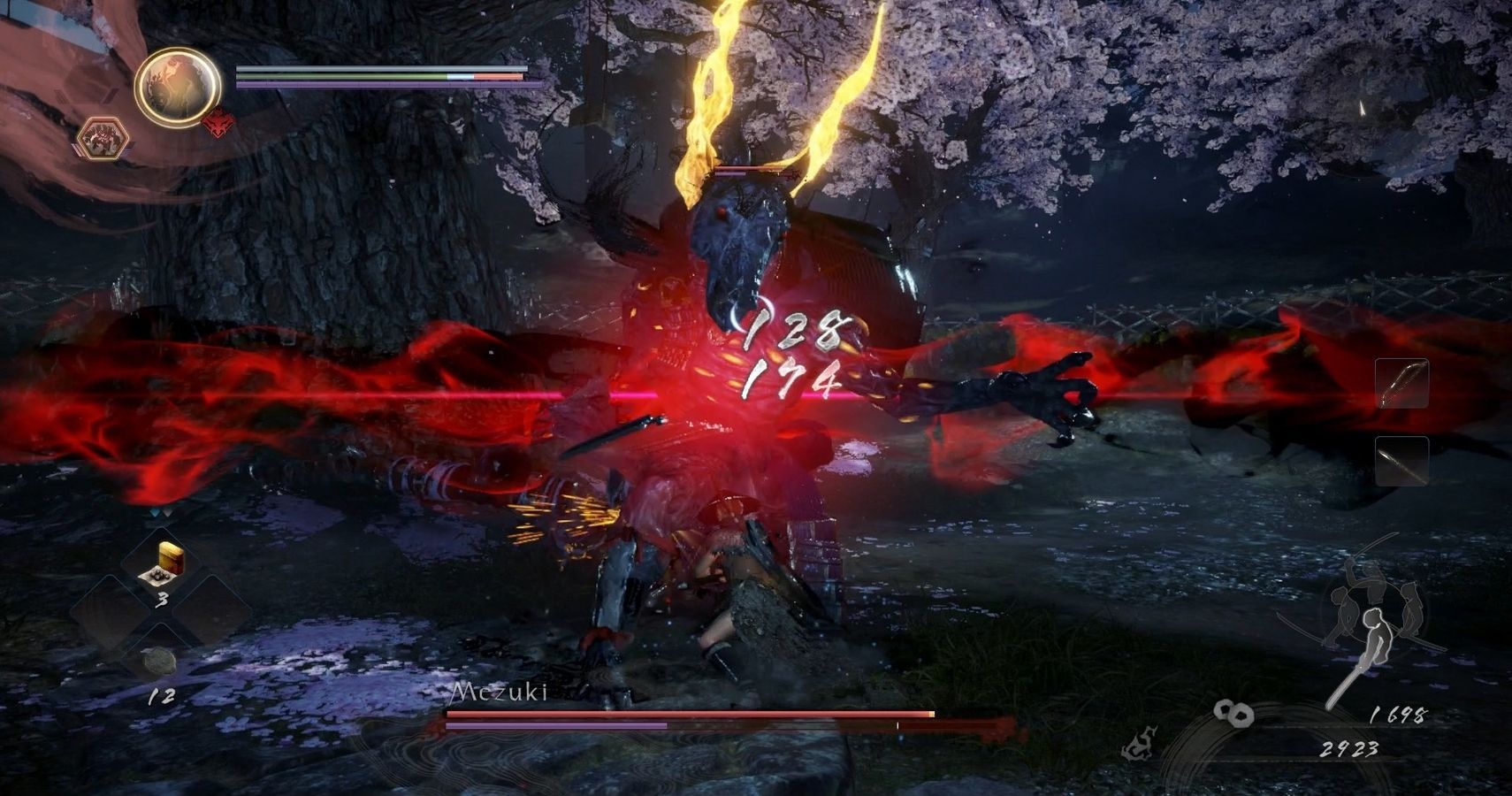 In addition to the abilities granted to the player by Soul Cores, Guardian Spirits also have a move called the Burst Counter. This is an essential technique as it’s an effective counter to a specific attack. While engaged in combat, enemies may start to glow with ominous red energy. This indicates that they are about to unleash a powerful Burst attack that will do a ton of damage and might even grapple the player.

To stop this, you need to hit them with a Burst Counter by pressing R2 + O and time it just right to prevent the attack and maybe even stun them for a counter-attack. Every Guardian Spirit has a different version of the Burst Counter so you need to figure out how it works with the spirit you have equipped. Keep in mind that the Burst Counter uses Anima as well, so make sure you have some juice left in your meter. 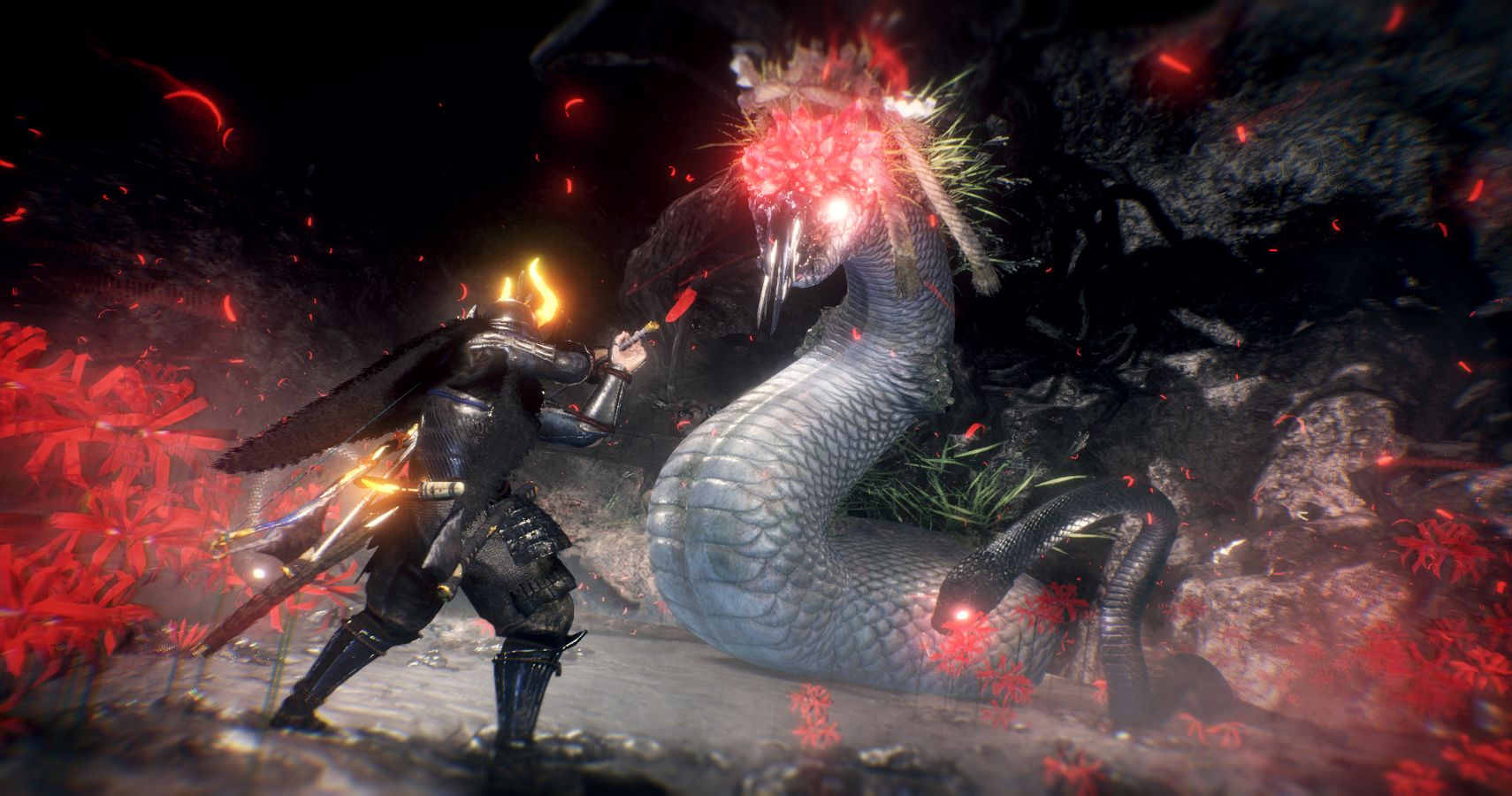 Mastering the Yokai Shift and understanding how to properly use Guardian Spirits is incredibly important in Nioh 2. There’s plenty of Guardian Spirits to find and Soul Cores to attune so you can tailor your Yokai form to your own personal playstyle. Now that you know how to turn into a demon, it’s time to start dealing some major pain to the bandits and Yokai causing trouble across the land.