No Man’s Sky Synthesis update: Release date news for PS4 and Xbox One 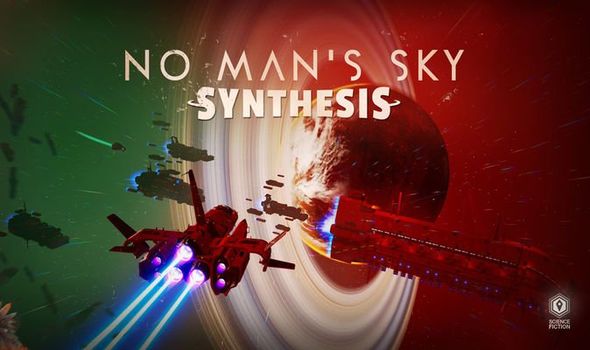 No Man’s Sky updates continue to change the game for the better since its rocky launch back in 2016.

And now developers Hello Games has confirmed that the game’s eighth free expansion is being launched later this week.

This will be a release for all players on PS4, Xbox One and PC, and will bring a host of improvement to the game.

Dubbed the No Man’s Sky Synthesis update, Hello Games has provided the first details on what will be included.

Fans may even be able to download the new No Man’s Sky update very soon, although the new content won’t be available straight away.

WHEN IS THE NO MAN’S SKY SYNTHESIS RELEASE DATE?

Hello Games has confirmed that their newest expansion for No Man’s Sky is arriving this week.

And fans won’t be waiting long, as the No Man’s Sky Synthesis update has been given a November 28 release date.

According to the development team, this new update is going to be a big one, adding a number of frequently-requested features and improvements to No Man’s Sky Beyond.

Alongside these new features are a range community-led quality of life improvements, as well as general polish to existing gameplay features.

“It’s been a couple of months since we launched our 2.0 update BEYOND on PlayStation 4,” a message from Hello Games reads.

“Old fans and new players alike have been re-engaging with the No Man’s Sky universe anew: rediscovering the joys of exploration in VR; going on multiplayer missions together in our regular community events; building ever more elaborate bases with the hope of getting featured, and plenty more besides.

“Everyone, it seems, had their own unique thing which made BEYOND the biggest update yet.

“With such a large update from such a small team, there are always going to be things which need tidying up or fan-favourite features which, in the crazy run-up to release, are left on the cutting room floor.

“There are also brand new things which the community have suggested since BEYOND which, we agree, will only improve the experience.

“And with Thanksgiving coming up for a large part of our community, we decided to collate as many of these things as we could together in a “Spring cleaning” update.”

We don’t know exactly when the No Man’s Sky Synthesis update will be going live but we would suspect everything will be in place by 7pm, GMT.

Hello Games has provided a big list of changes for the launch of No Man’s Sky Synthesis on PS4, Xbox One and PC.

This includes the upgraded Starship Outfitting Terminal, which will make it possible to add inventory slots to your favourite starship, or spend nanites to upgrade its class.

Players will also be able to use it to salvage unwanted ships for scrap.

Then there is the Terrain Manipulator upgrade, which has been improved and optimised, with new visual effects and new Restore and Flatten Modes.

This comes with the added feature of Terrain edits within a base being protected from regeneration, allowing for more edits to be made before reaching the cap.

Other more technical changes have been made to make Inventory management easier, as well as bringing instant access to the Galactic Trade Terminal; purchasing Planetary Charts from the full shop UI rather than a dialog interaction; increasing the speed of the Pulse Drive; and the riding of creatures that have been fed only basic bait.

A list of the main changes can be found below and come directly from Hello Games: