AMD announced their cheapest graphics card yet yesterday. The AMD Radeon RX 6500 XT was priced to move at just $200 USD and promised some impressive game performance on modern games at 1080p resolutions. It didn’t take long for Nvidia to fire back at CES 2022 with their own budget graphics card that’s priced only $50 more.

The GeForce RTX 3050 will arrive on January 27 at a price point of $249, which is $80 less than the RTX 3060 when it was first released last year. It’ll have nine shader TFLOPS, 18 ray tracing TFLOPS, 73 Tensor FLOPS, and 8 GB of GDDR6 VRAM. Best of all, since it’s built on the same Ampere architecture as the rest of the 30-series, the RTX 3050 will be able to employ Nvidia’s DLSS technology for vastly improved performance.

DLSS, or Deep Learning Super Sampling, is a technology that allows vastly improved game performance using a fraction of the power. It employs machine learning AI to up-sample an image at a higher resolution than what it’s initially being rendered with minimal image degradation. The end result is more frames per second at higher graphics settings on supported games. 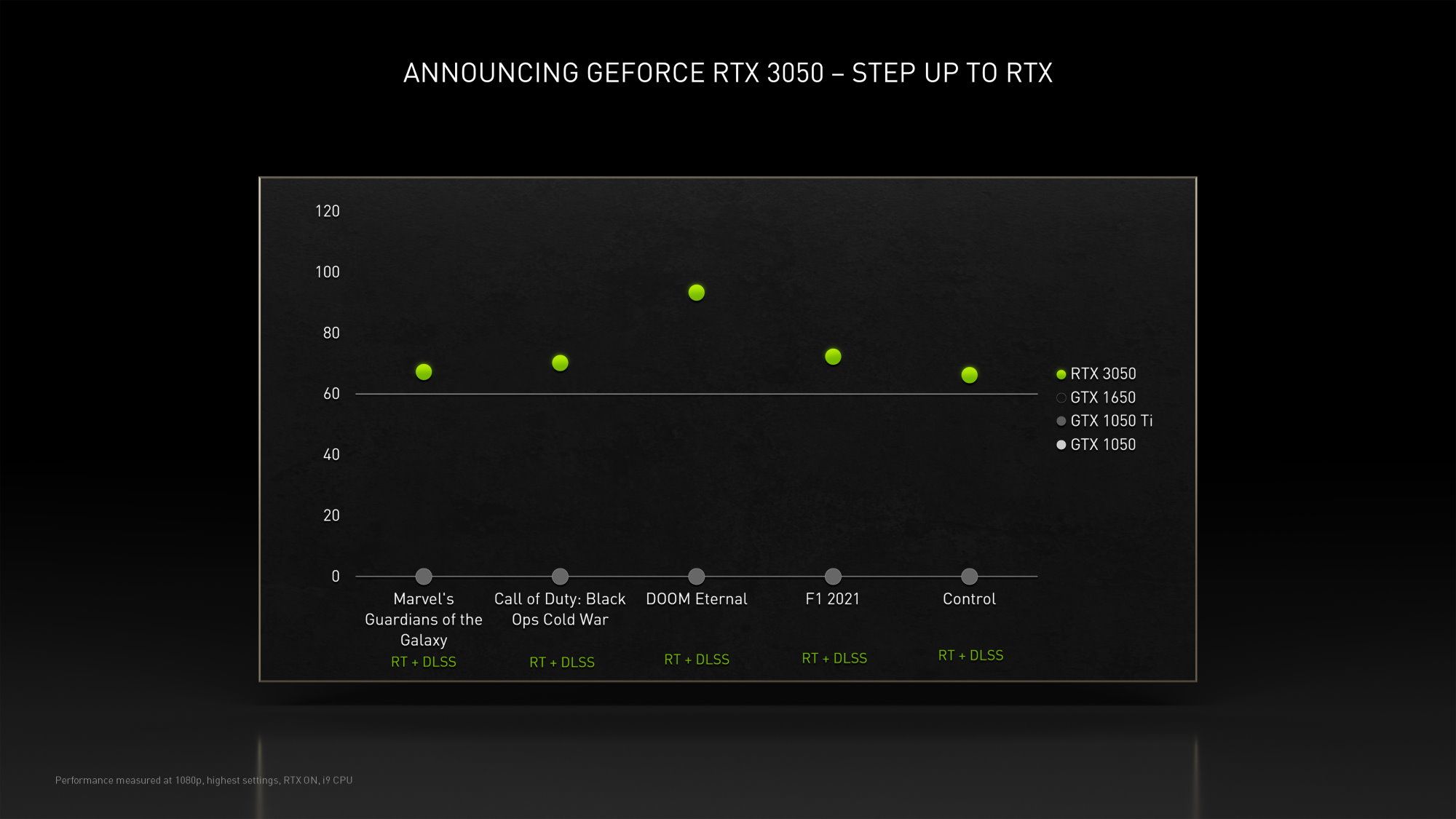 Nvidia is promising 60+ fps on games like Guardians of the Galaxy, Black Ops Cold War, F1 2021, and Doom Eternal at 1080p with ray tracing on and the highest graphics settings, provided you pair it with an Intel i9 CPU and have DLSS enabled. Keep in mind that not everyone has the latest generation of Intel processors, and DLSS isn't supported on every game, so your actual performance will vary.

Just based on the additional VRAM, Nvidia’s offering seems to be worth the extra $50, but the question is whether or not the RTX 3050 will stay at its $249 MSRP for long. An ongoing GPU shortage has graphics cards going for many times their MSRP at retail, and that’s if you can find one at all.

Nvidia said that 75% of its customers are still on the older GTX series of GPUs and that they hope to move them to RTX thanks to the RTX 3050. If that’s true, let’s hope they make enough 3050s for everyone.