Grace delivers 10 times the performance leap for systems training giant AI models, using energy-efficient ARM cores. And Nvidia said the Swiss Supercomputing Center and the U.S. Department of Energy’s Los Alamos National Laboratory will be the first to use Grace, which is named for Grace Hopper, who pioneered computer programming in the 1950s. The CPU is expected to be available in early 2023.

“Grace is a breakthrough CPU. It’s purpose-built for accelerated computing applications of giant scale for AI and HPC,” said Paresh Kharya, senior director of product management and marketing at Nvidia, in a press briefing. 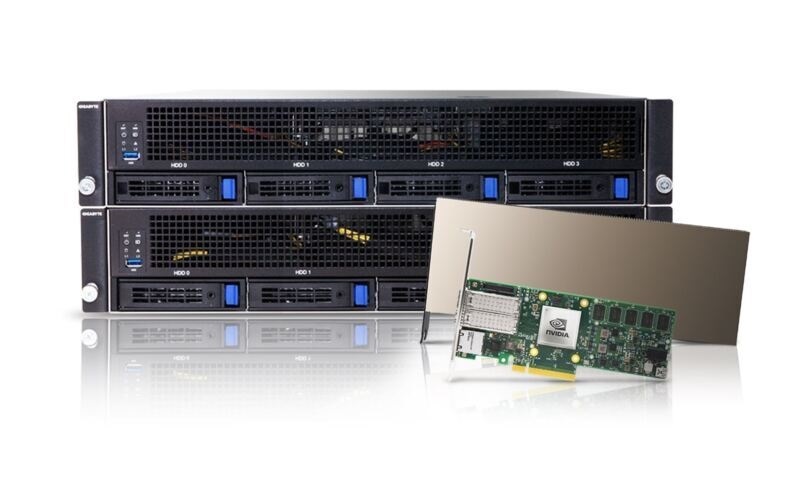 Above: Grace is the result of 10,000 engineering years of work.

The CPU is the result of more than 10,000 engineering years of work. Nvidia said the chip will address the computing requirements for the world’s most advanced applications — including natural language processing, recommender systems, and AI supercomputing — that analyze
enormous datasets requiring both ultra-fast compute performance and massive memory.

“Leading-edge AI and data science are pushing today’s computer architecture beyond its limits — processing unthinkable amounts of data,” Huang said in his speech. “Using licensed ARM IP, Nvidia has designed Grace as a CPU specifically for giant-scale AI and HPC. Coupled with the GPU and DPU, Grace gives us the third foundational technology for computing and the ability to re-architect the datacenter to advance AI. Nvidia is now a three-chip company.”

Grace is a highly specialized processor targeting workloads such as training next-generation NLP models that have more than 1 trillion parameters. When tightly coupled with Nvidia GPUs, a Grace-based system will deliver 10 times faster performance than today’s Nvidia DGX-based systems, which run on x86 CPUs. In a press briefing, someone asked if Nvidia will compete with x86 chips from Intel and AMD.

Kharya said, “We are not competing with x86 … we continue to work very well with x86 CPUs.” 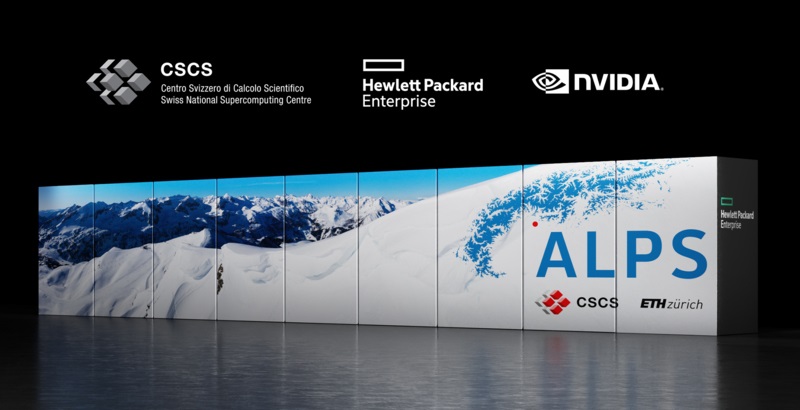 Above: The Alps supercomputer will use Grace CPUs from Nvidia.

Grace is designed for AI and HPC applications, but Nvidia isn’t disclosing additional information about where Grace will be used today. Nvidia also declined to disclose the number of transistors in the Grace chip.

Nvidia is introducing Grace as the volume of data and size of AI models grow exponentially. Today’s largest AI models include billions of parameters and are doubling every two and a half months. Training them requires a new CPU that can be tightly coupled with a GPU to eliminate system bottlenecks.

“The biggest announcement of GTC 21 was Grace, a tightly integrated CPU for over a trillion parameter AI models,” said Patrick Moorhead, an analyst at Moor Insights & Strategies. “It’s hard to address those with classic x86 CPUs and GPUs connected over PCIe. Grace is focused on IO and memory bandwidth, shares main memory with the GPU and shouldn’t be confused with general purpose datacenter CPUs from AMD or Intel.”

“The Grace platform and its Arm CPU is a big new step for Nvidia,” said Kevin Krewell, an analyst at Tirias Research, in an email. “The new design of one custom CPU attached to the GPU with coherent NVlinks is Nvidia’s new design to scale to ultra-large AI models that now take days to run. The key to Grace is that using the custom Arm CPU, it will be possible to scale to large LPDDR5 DRAM arrays far larger than possible with high-bandwidth memory directly attached to the GPUs.” 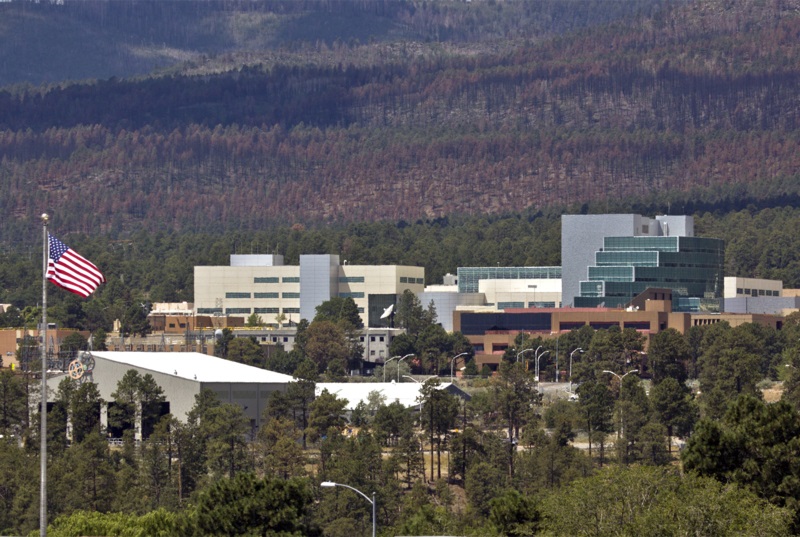 Above: The Los Alamos National Laboratory will use Grace CPUs.

Grace will power the world’s fastest supercomputer for the Swiss organization. Dubbed Alps, the machine will feature 20 exaflops of AI processing. (This refers to the amount of computing available for AI applications.) That’s about 7 times more computation than is available with the 2.8-exaflop Nvidia Seline supercomputer, the leading AI supercomputer today. HP Enterprise will be building the Alps system.

“This is a very balanced architecture with Grace and a future Nvidia GPU, which we have not announced yet, to enable breakthrough research on a wide range of fields,” Kharya said.

With Grace, Nvidia will embark on a mult-year pattern of creating graphics processing units, CPUs, and data processing units (CPUs), and it will alternate between Arm and x86 architecture designs, Huang said.