Octopath Traveler: Everything You Need To Know About The Gods Of Orsterra

Square Enix’s first foray back into a world of 2D sprites and turn-based combat for the Nintendo Switch, Octopath Traveler, was an undisputed success that left fans wanting more.

The appeal of Square’s new, budding RPG series is owed in no small part to the strength of its characters, each as colourful and distinct as the next. From the wide-eyed, charitable Alfyn to the bold and vengeful Primrose, Octopath’s eight protagonists offer something for everyone.

Each of Octopath’s heroes is empowered by a patron god or goddess on their personal crusade, here’s what you should know about those who watch over the realm of Orsterra. 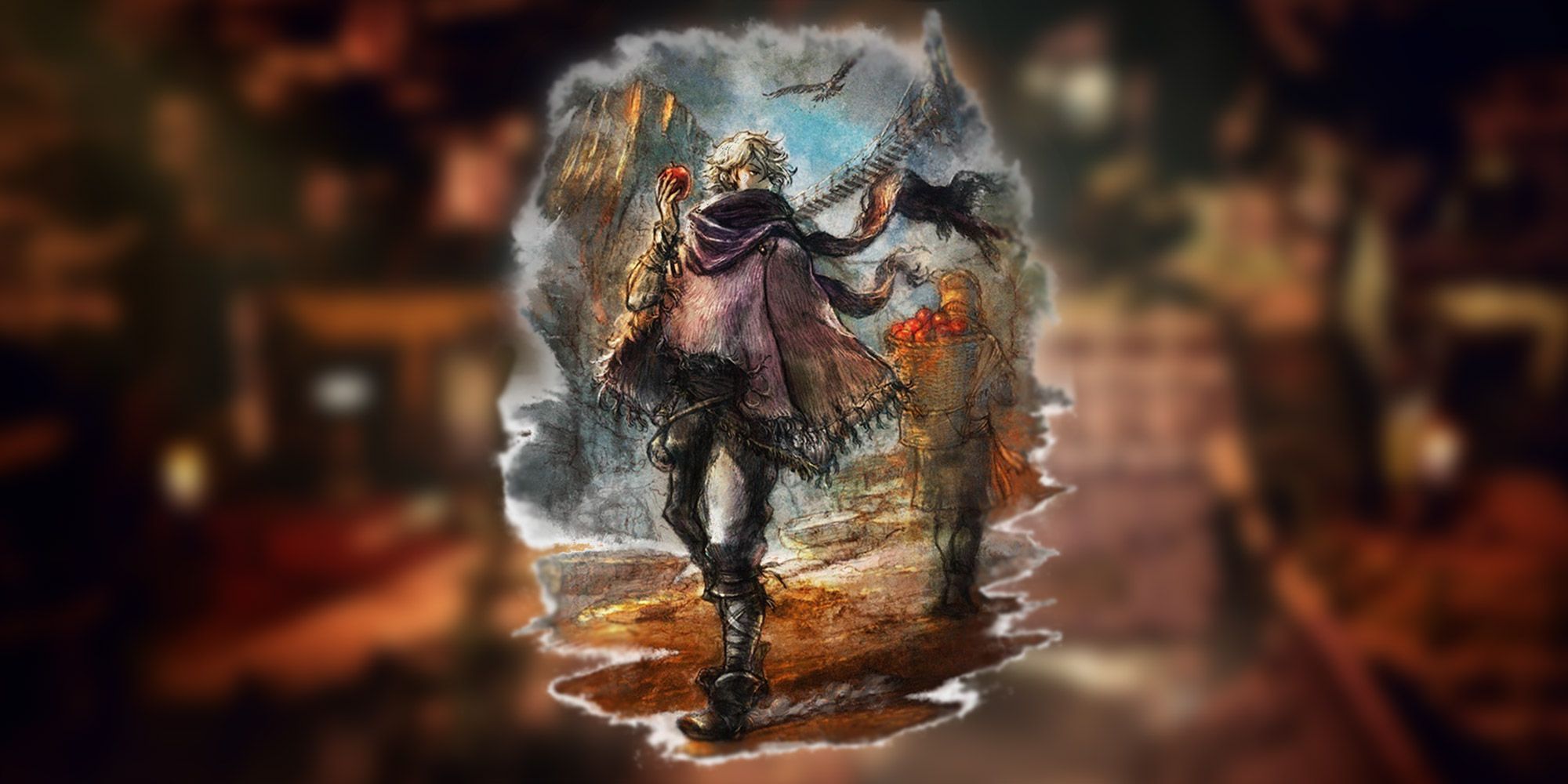 Aeber, Prince of Thieves and patron god to Therion, is worshipped at his shrine in the South Quarrycrest Pass.

Astute Octopath Traveler fans noted early on that the patron deities’ names are derived from a Saxon (precursor to the English language) word or phrase that corresponds with a trait of the job they represent. In this case “Ae-ber” is a term denoting infamy or notoriety – a betting descriptor for Therion and the thieves encountered in his story. 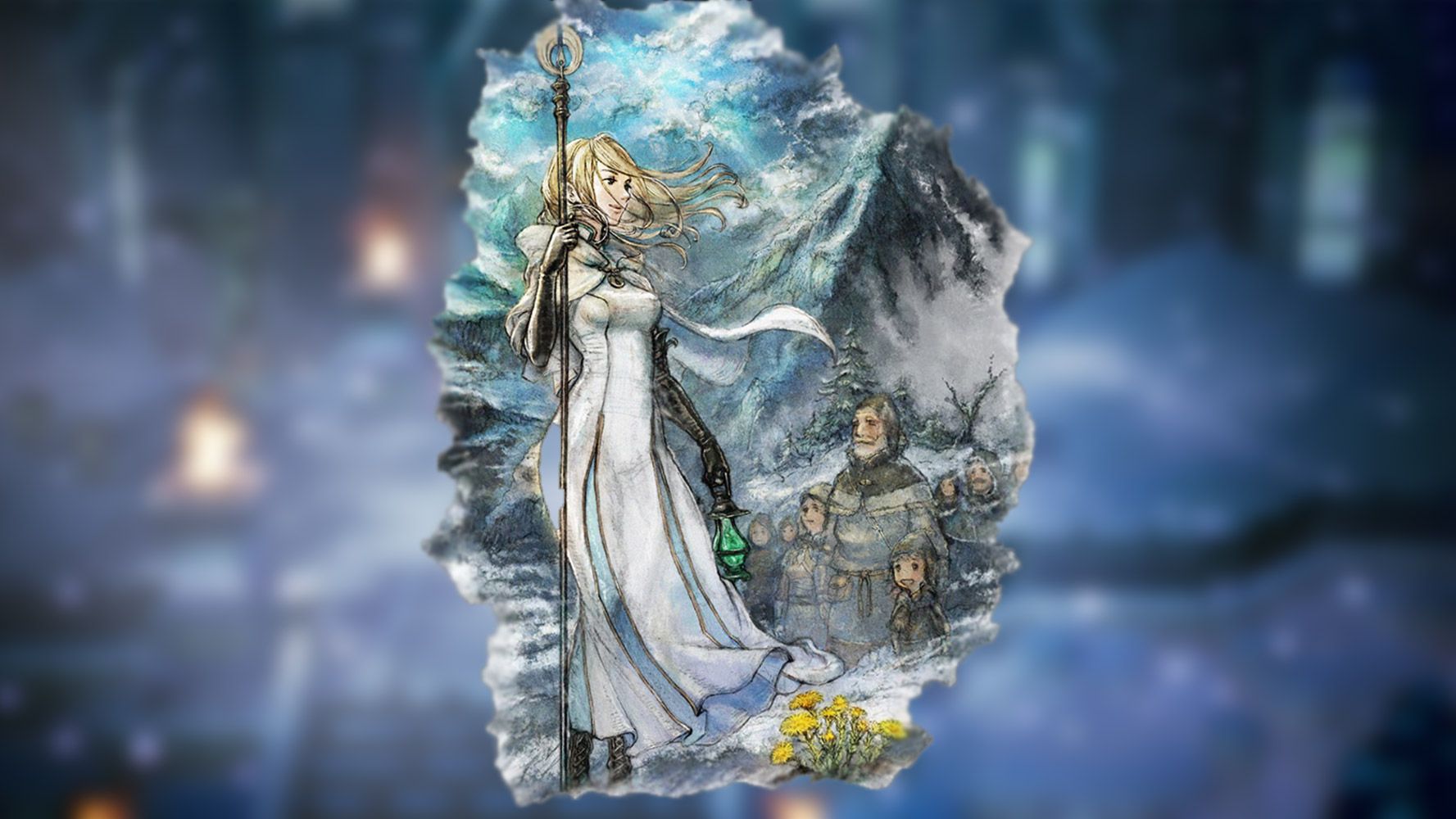 Aelfric is the God of Fire, the most prominent deity in Orsterra and patron to Ophilia. The first “O” in “Octopath” stands for Ophilia and her starting town of Flamesgrace is in the one o’clock position if you travel around the inland sea in the middle of Orsterra clockwise. Though you can complete any journey in any order, Ophilia can be thought of as the first protagonist for the aforementioned reasons. It’s natural then, that her patron is pre-eminent among them.

Aelfric is the only god seen to have a mainstream following of worshipers in the game. Aelfric’s widespread veneration was earned for casting down the usurper, Galdera the Fallen. The in-game analogue for Lucifer, Galdera was banished by Aelfric and sent careening through the Earth in a ball of flame, becoming sealed in The Afterworld.

Aelfric’s name may be borrowed from an early Saxon writer. Perhaps the name was chosen because every church in Ostrerra is dedicated to Aelfric, and in real-world history, reading and writing were skills held almost exclusively by clergymen before the advent of the printing press. 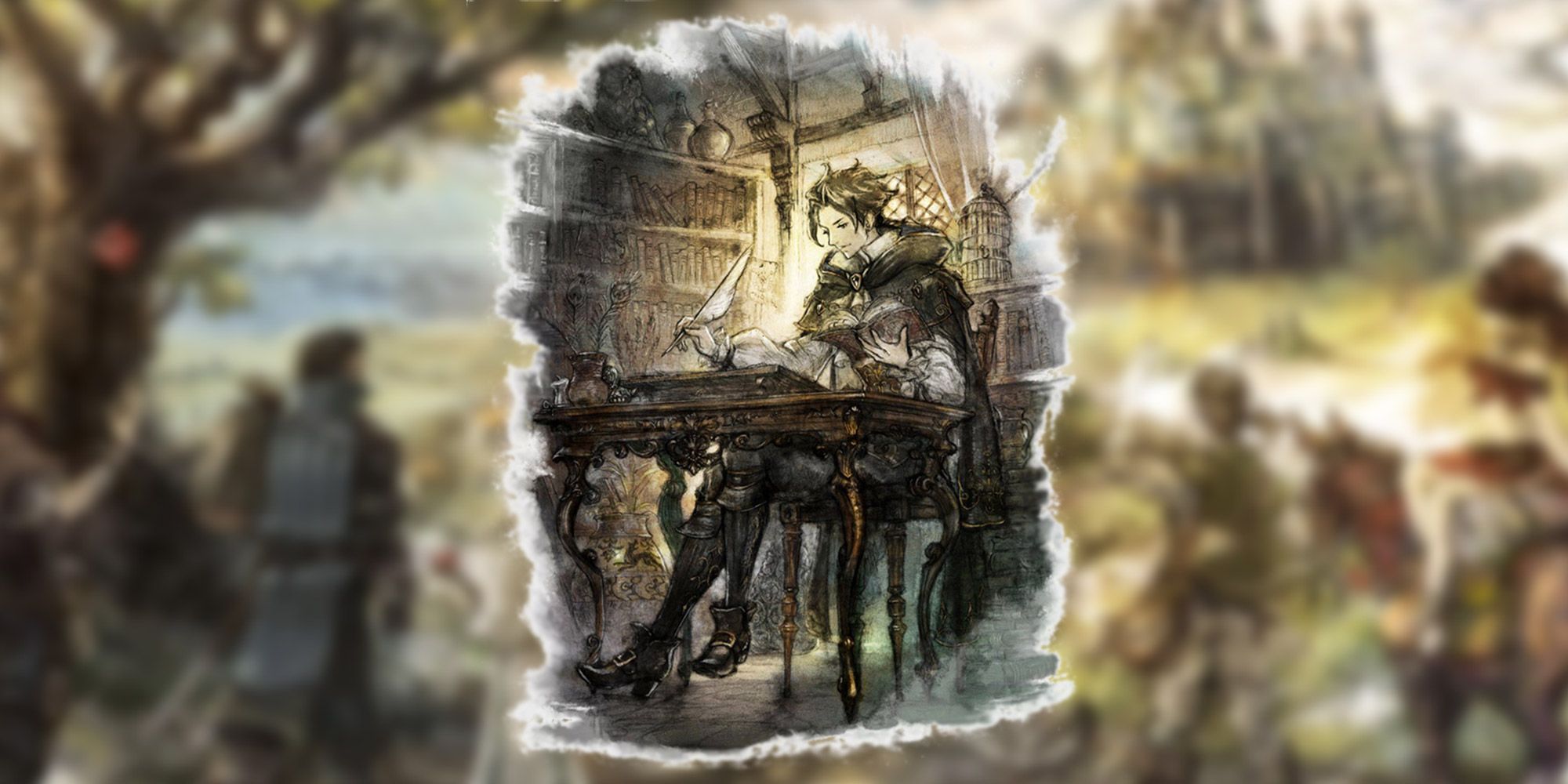 Alephan is known as The Scholarking and is patron to the ever-studious Cyrus. Alephan is worshipped at the Shrine of The Sage in the Western Noblecourt Flats.

Alephan’s name is the one that may not have a Saxon origin, but the Semitic “Alepha” or “Aleph” – which Genshin Impact players will recognize as the name of the Electro Hypostatis – seems like the obvious inspiration. “Alpha” is the Greek equivalent of “Alepha,” both denote ultimate authority and are the first letters of the respective alphabets, so Alephan’s name likely reveals his position as the source of linguistic and algebraic knowledge in Orsterra.

Bifelgan is The Trader and the patron to Tressa. Lore on the continent has little to say about Bifelgan, even their gender is not made clear through the story. Not much is known about them aside from the fact that their spirit inhabits the shrine on the Moonstruck Coast.

Bifelgan’s nearest Saxon origin means “to deliver” which is appropriate for the enterprising Tressa. 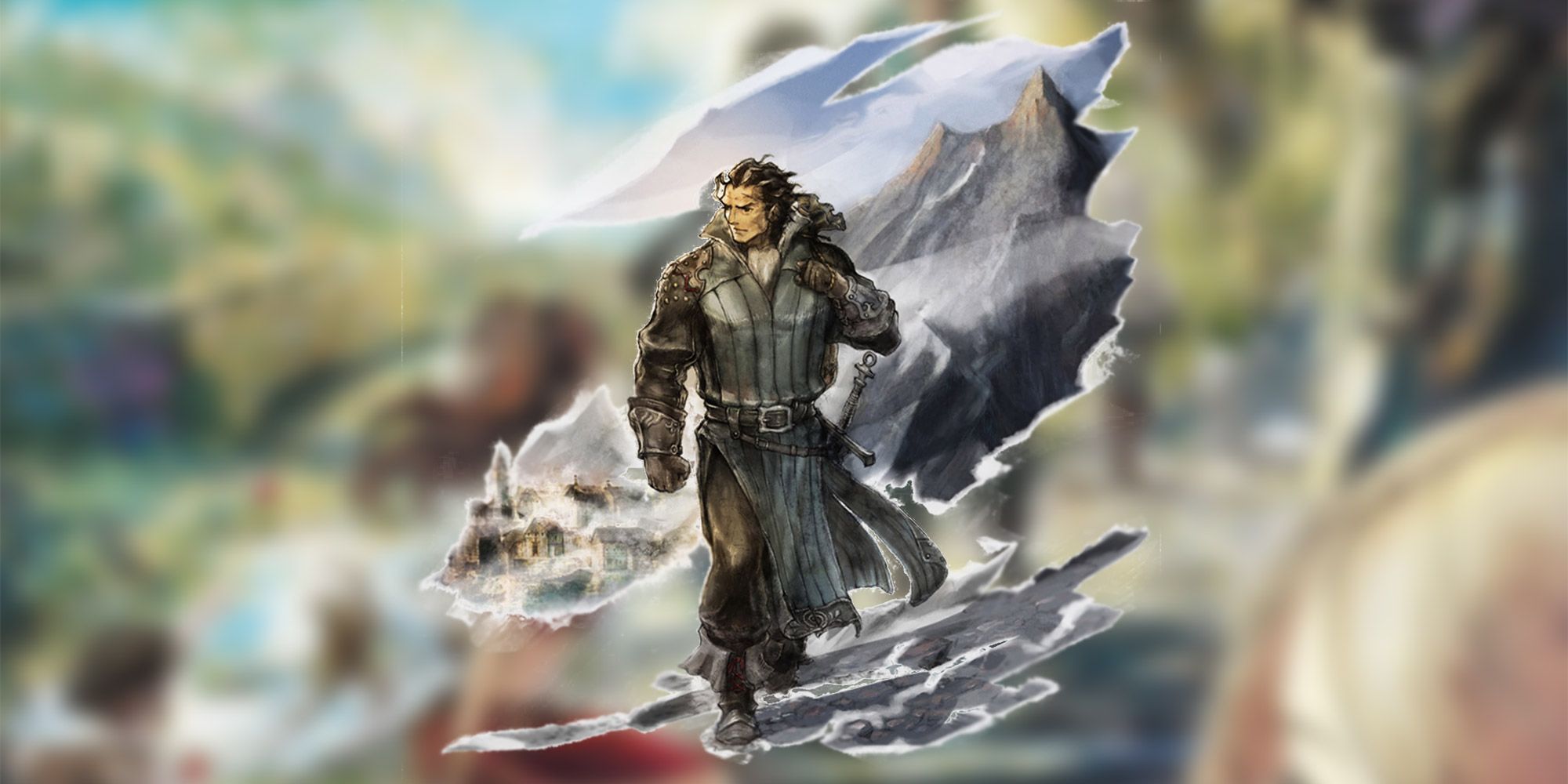 Brand The Thunderblade is Olberic’s patron and is worshiped at the shrine in the North Stonegard Pass.

Much like Bifelgan, Brand is hardly mentioned in Octopath’s lore and is also genderless at the time of writing. Olberic’s confident machismo is probably enough to make many assume that his patron would also be male, but don’t be so sure, because the other tank/DPS deities, Draefendi and Winnehild, are female and also revered for their ferocity.

Brand’s name is likely derived from the Saxon word meaning both sword and torch. 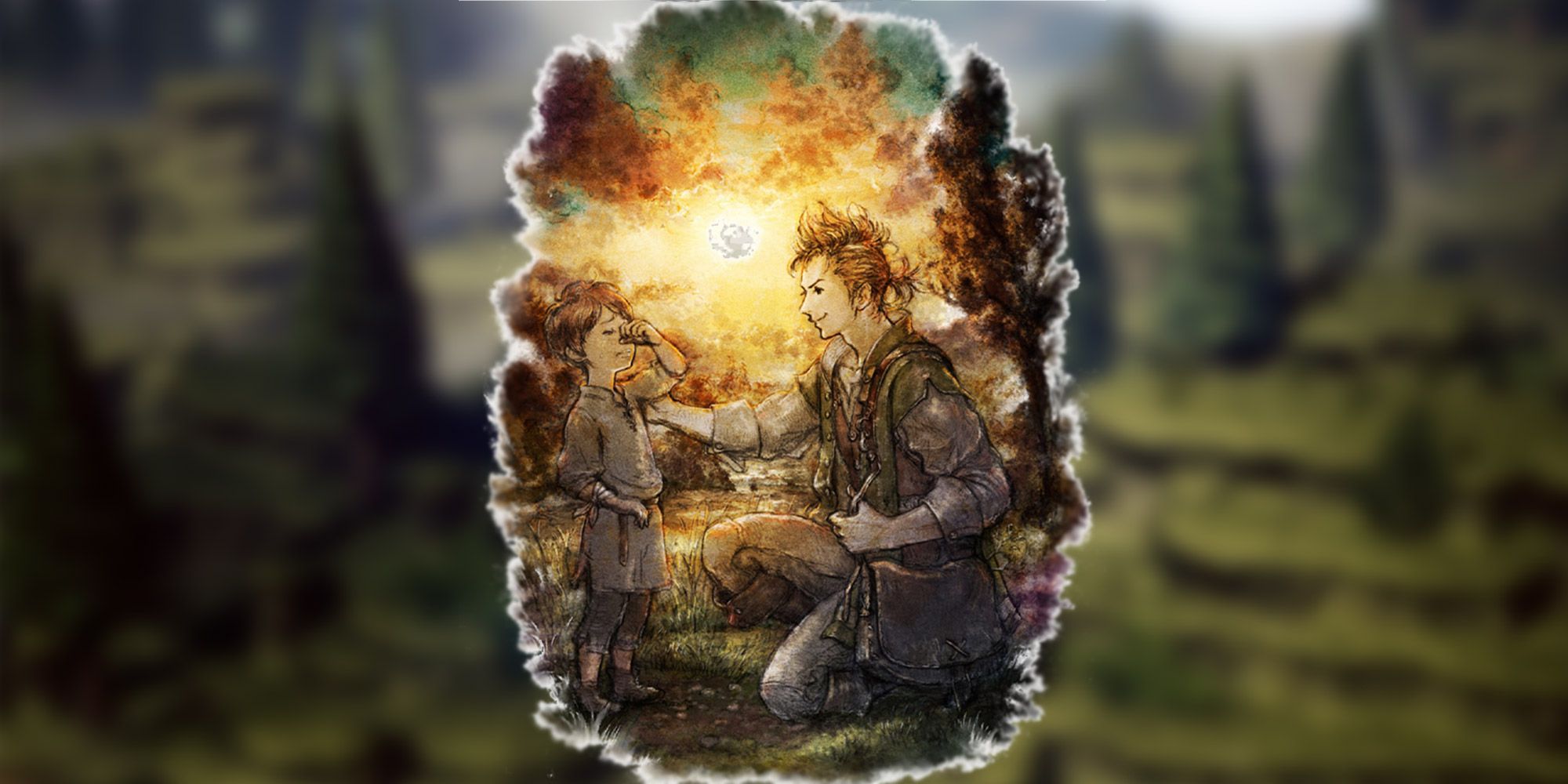 Dohter The Charitable is Alfyn’s patron and is worshiped at the shrine in East Saintsbridge Traverse.

While Dohter is also not explicitly given a gender, the characters that make up his name in Japanese are most commonly reserved for names traditionally taken by males. The Saxon word “dohter” simply means “doctor,” making this easily the most on-the-nose names in the game. 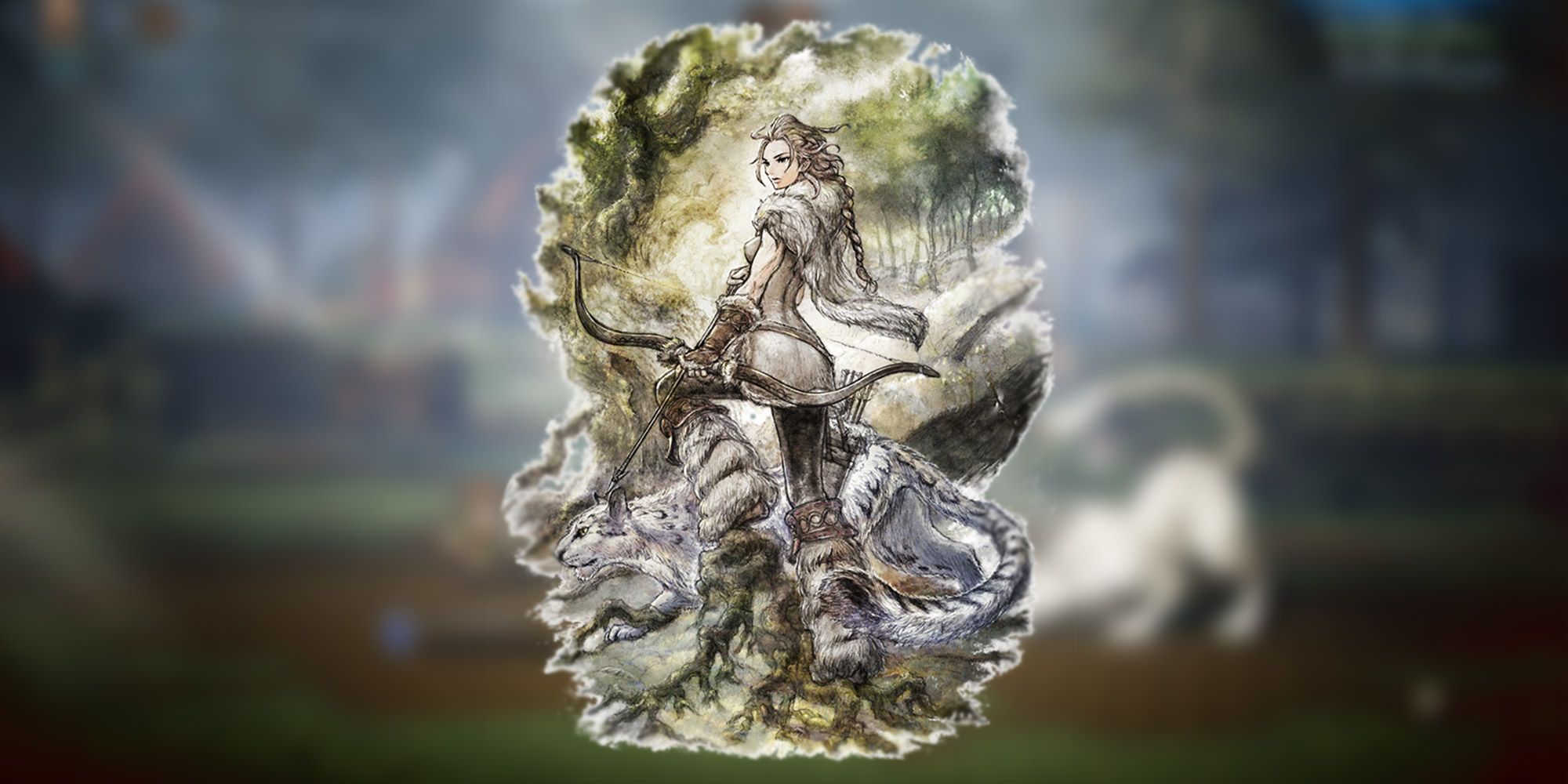 Draefendi The Huntress is H’aanit’s patron deity and is worshiped in the shrine in East Victor’s Hollow.

The Saxon word “draefend” means “hunter” so Draefendi’s name is almost as obvious as Dohter’s – not that we’re belittling it, Draefendi certainly has more of a ring to it than the other names, especially the next one… 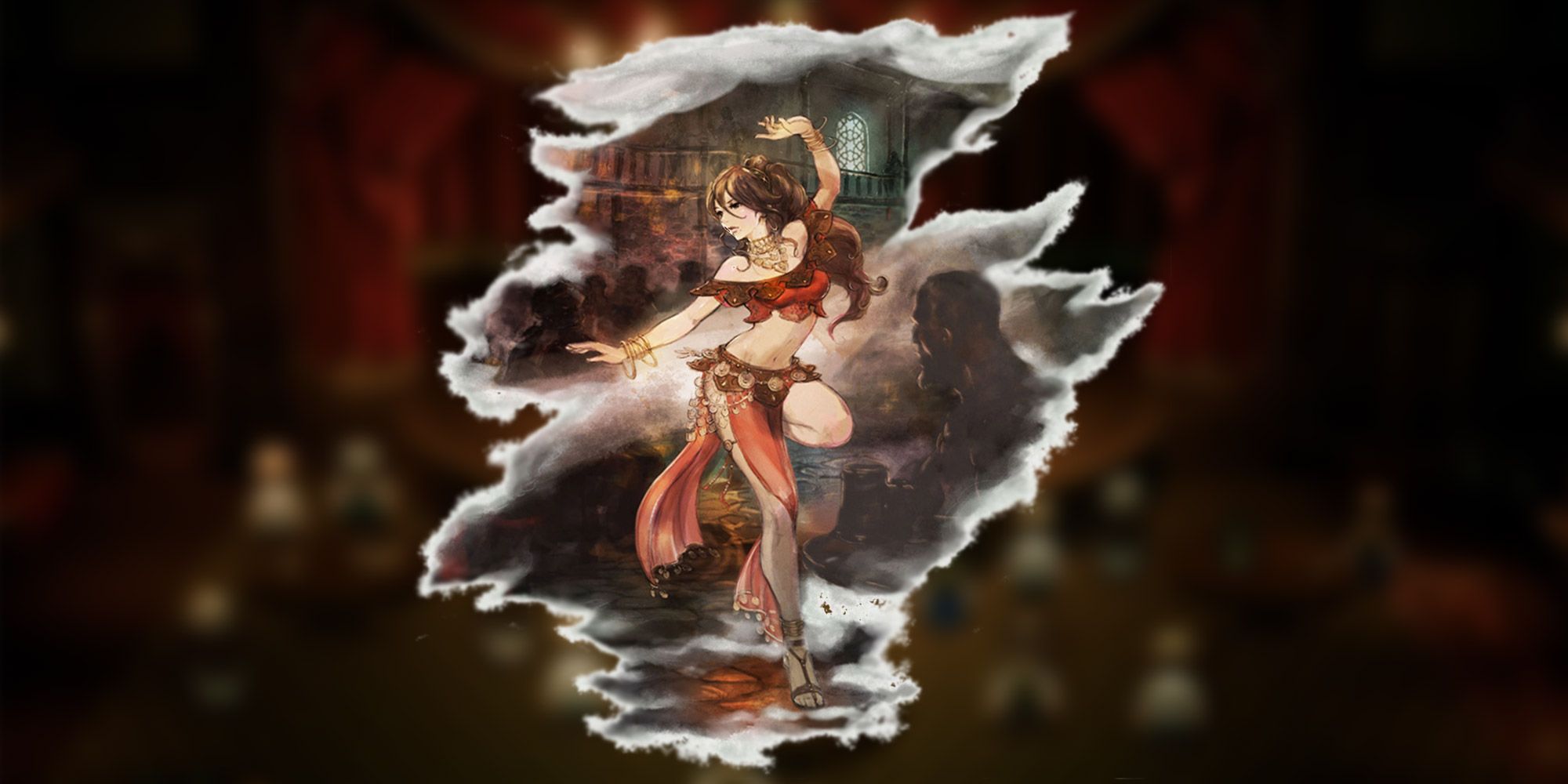 Seal-tik-geh? See-alt-ishz?? Just kidding – it’s Seal-teej (with a soft J), which sounds far nicer when said aloud in-game than whatever probably popped into your mind when you first read it.

Sealticge is the Lady of Grace and Primrose’s patron deity, she is worshiped at the shrine in the North Wellspring Sands. Sealticge’s name is simply the Saxon word for dancer. 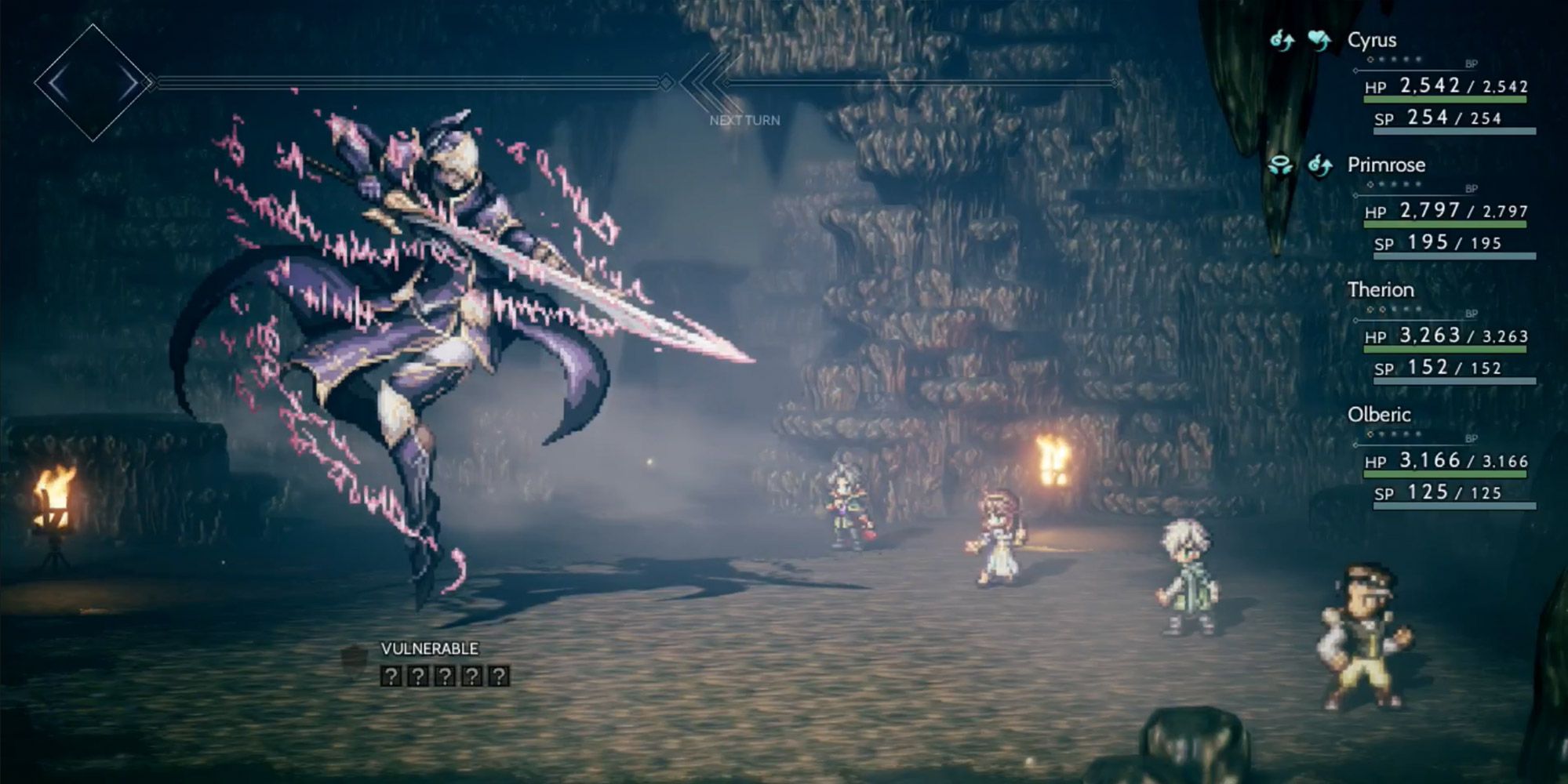 Balogar is one of the game’s secret bosses and a god of Orsterra for whom there is no associated church or hero (true for every secret boss).

Like the deities above, the secret bosses unlock new jobs once you find their domains. Unlike the gods above, Balogar and the other secret bosses don’t bestow their blessings without a fight. These fights should be tackled after you clear the main story and require careful strategy, check out a youtube guide if you get stuck. Head to West Everhold Pass when you’re ready for a challenge.

There’s no one Saxon term that resembles “Balogar” but the words “balo” and “gar” mean “wicked” and “blade” respectively. 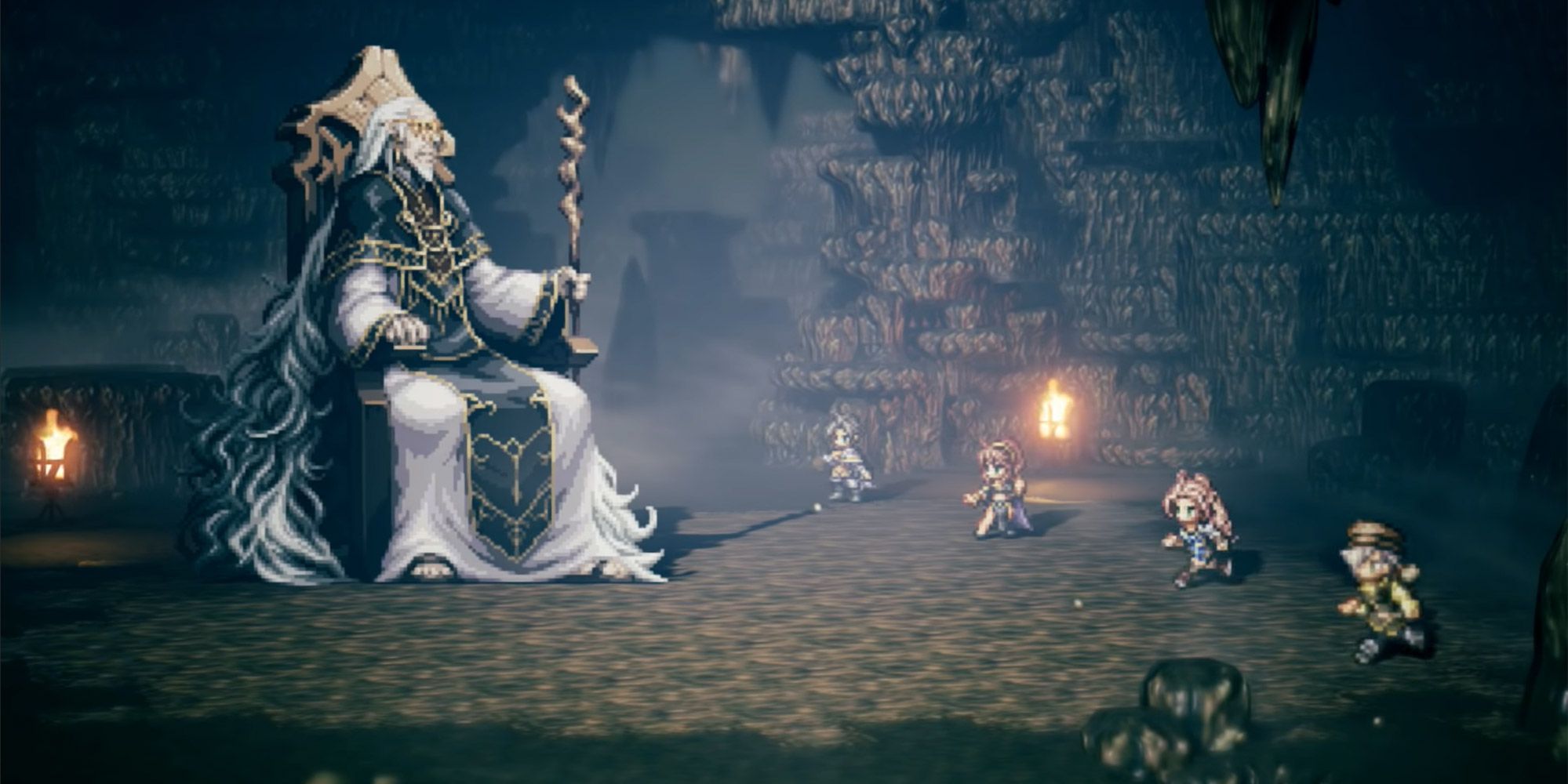 Dreisang The Archmagus shares with you what are undoubtedly the best offensive spells in the game… but you’ll have to beat him first.

You can find him in a cave on East Duskbarrow Trail. Good luck. It’s suspected that “Dreisang” comes from “dreo” meaning magic and “sang” meaning song – so a magic song, or a spell. 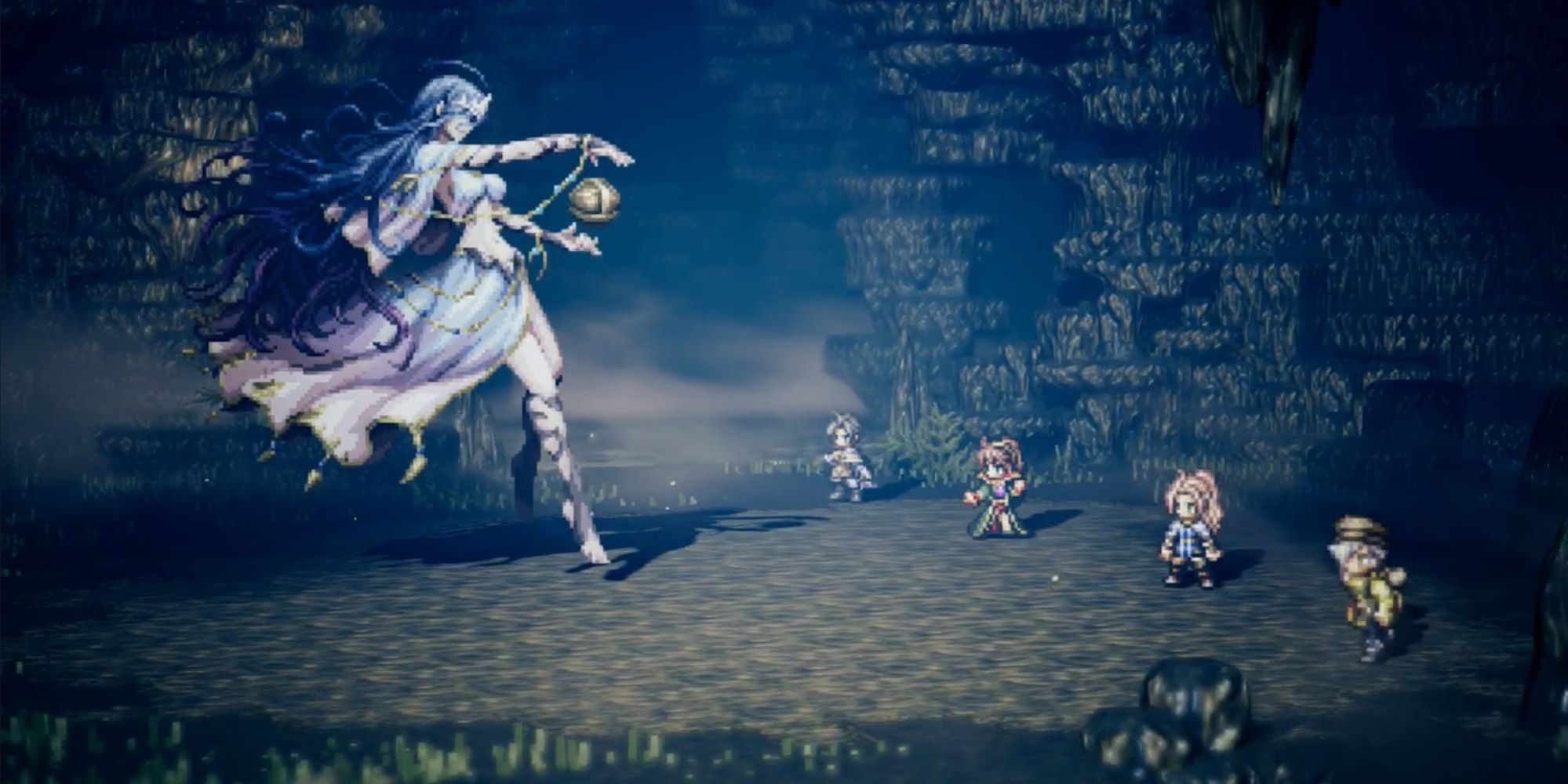 Steorra, named for the stars themselves, is the Starseer goddess and rules from the Western Whispermill Flats.

Notice how her crown and hair cover her eyes? That’s because she doesn’t see the stars herself, she makes you see stars for her. Brace yourself. 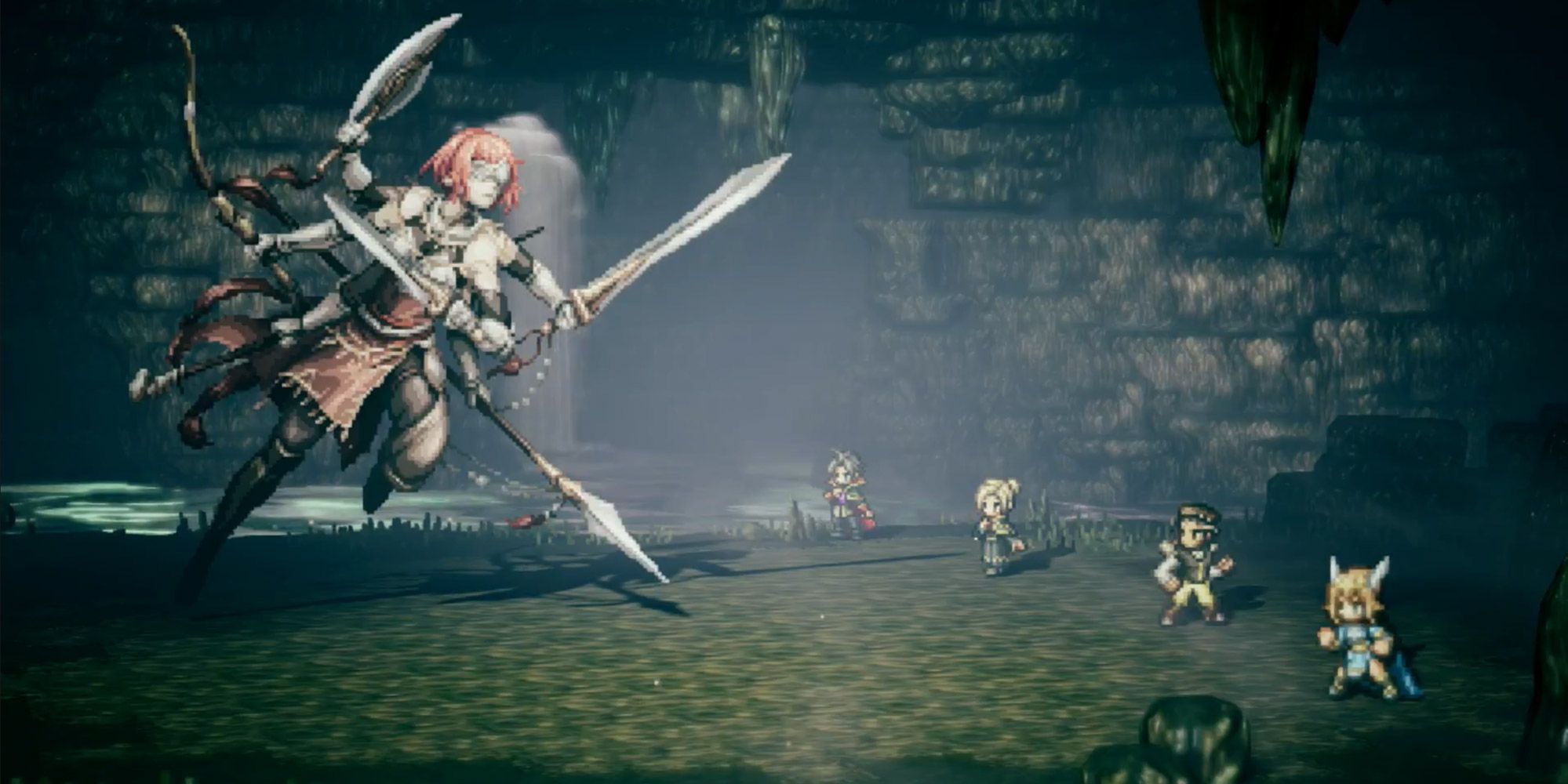 Winnehild is the jack of all trades, and master of all of them too, wielding every possible weapon in the game. Despite her intimidating appearance, Winnehild’s wrath is more deliberate than Balogar’s, who comes off as brash and impulsive. Winnehild’s name is a portmanteau of the Saxon words for “fighter” and “war.” 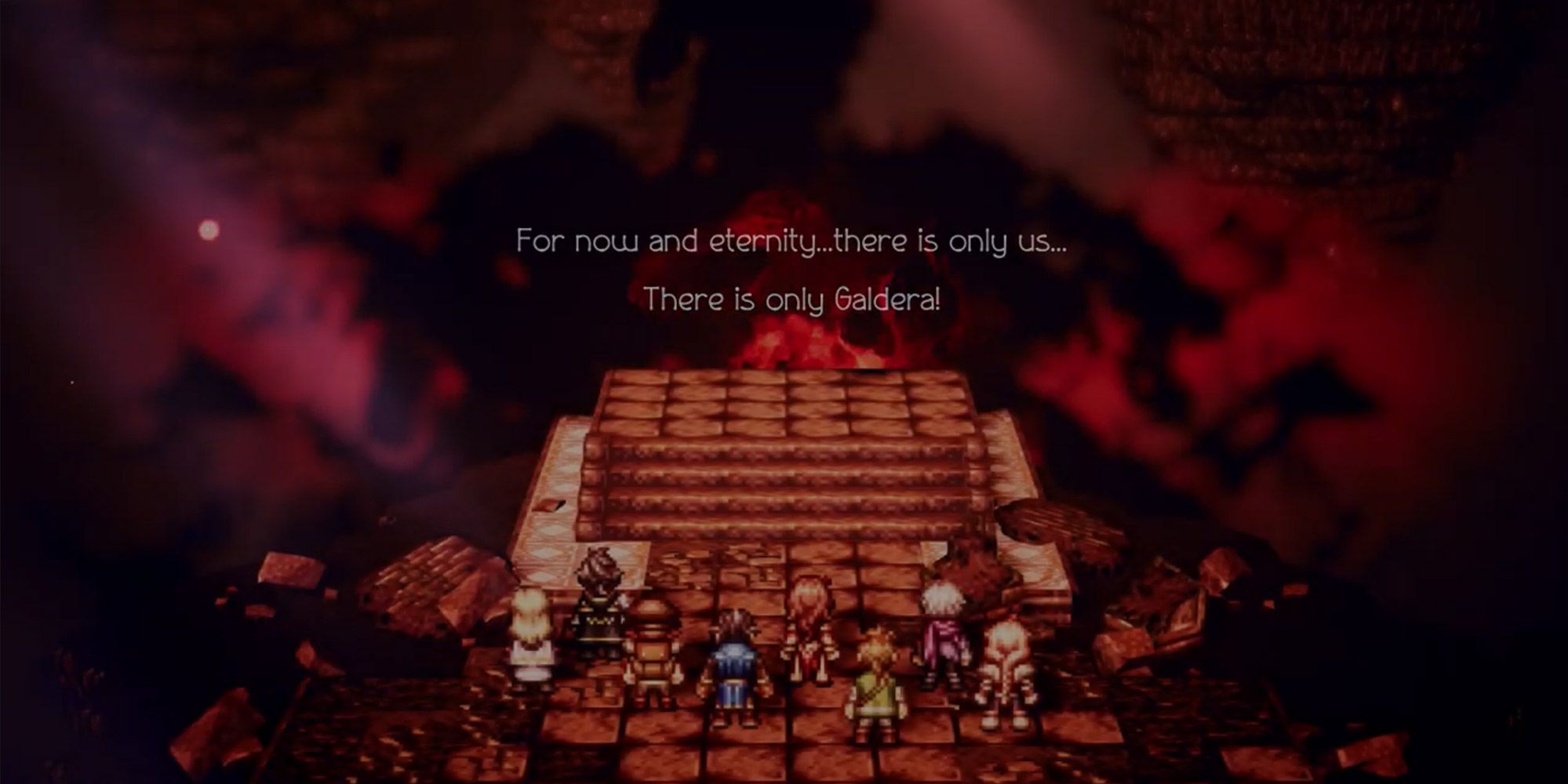 What do you do once you’ve finished the stories for each of the heroes? You go on to fight the real final boss of course.

Galdera is the disgraced angel exiled by Aelfric himself… and he hasn’t gotten over it. Galdera’s dungeon is accessed by completing a quest for Lyblac in Bolderfall and Kit in Noblecourt once you’ve finished every story. Be prepared as this dungeon can take hours and has no save points.

“Galdere” is Saxon for “charmer,” indicating Galdera’s role as a trickster god, coercing the living to do his bidding and release him. 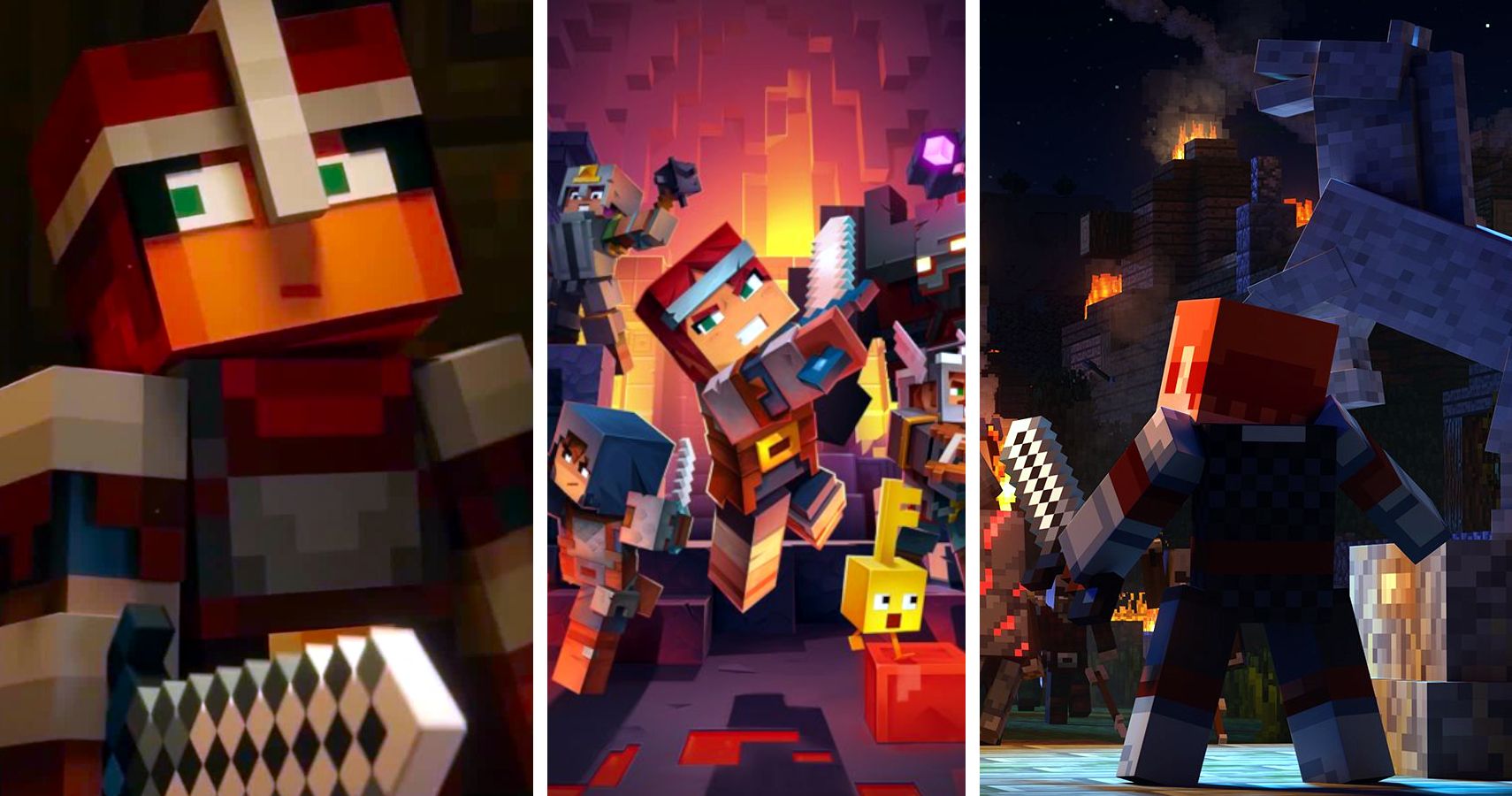 Joseph Burrell is a University of Toronto journalism alumnus, a wedding & events photographer, a soon-to-be law student, and of course, a lifelong games enthusiast. He likes to break up the monotony of drilling LSAT questions with a spirited tabletop RPG session. When he isn’t writing for The Gamer, or playing Bioshock again, he’s probably out expanding his catalogue of Toronto’s spiciest vindaloos.