OpenPhone, a company that is setting out to replace “antiquated” business phone systems with an app, has raised $14 million in a series A round of funding led by David Sacks’ Craft Ventures.

The raise comes amid a growing demand for cloud-based communications as the world has been pushed toward remote work, with companies having to adapt to teams distributed across myriad locations. OpenPhone said that it has tripled its user base since its $2 million seed round in January, while its revenue has also increased in line.

While there are myriad legacy and new entrants to the business phone systems space, OpenPhone wants to differentiate by focusing on productivity, software integrations, and ensuring that it doesn’t just try to replicate the old world order.

“In general, all existing phone systems are built around the legacy view of how the phone works — a PBX, extension-based system — and end up being voice-heavy,” OpenPhone cofounder and chief operating officer Daryna Kulya told VentureBeat. “Instead, OpenPhone is centered around relationships. It helps its customers not just call and text, but also manage their relationships and be productive.”

Founded out of San Francisco in 2018, OpenPhone is available for desktop, iOS and Android devices, serving business users with a single phone number that an entire team can access, in addition to individual phone numbers for each user in a team or across the company.

Using the app, users can easily distinguish between incoming calls that are business or personal, which at a time when the lines between work and personal life are increasingly blurring, is important. By not giving out their own personal number, it also means they can better control their hours of work, so that calls in the OpenPhone app are deactivated during set times.

In addition to voice calls, OpenPhone supports text messages, with the ability to configure pre-written replies to automatically respond to texts or missed calls. Moreover, it can also convert voicemails into text, so that they can be skimread and prioritized as required.

Other notable features include the ability to set all calls to automatically record, while OpenPhone’s built-in address book can be used as a sort of lightweight customer relationships management (CRM) tool, with the ability to add customized property fields to each contact.

Above: OpenPhone’s address book can be used like a lightweight CRM

Throw into the mix integrations with email and Slack, which funnels voicemail and text messages to pre-defined channels as required, and it’s clear that OpenPhone is striving to create a business phone system with the modern company in mind. 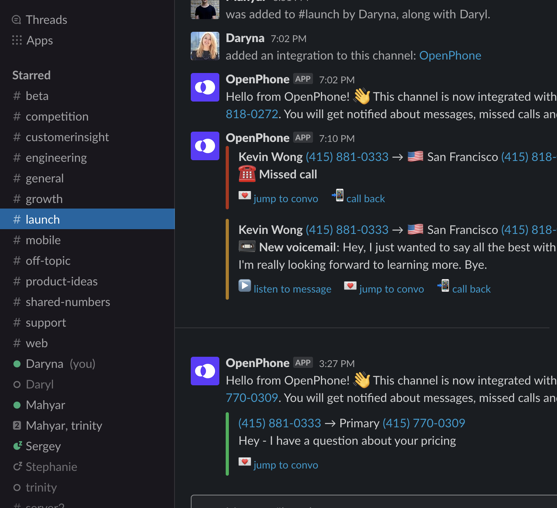 With another $14 million in the bank, from a slew of investors in addition to Craft Ventures including Y Combinator, Slow Ventures, Kindred Ventures, Garage Capital, Hack VC, and Chapter One Ventures, OpenPhone is well-financed to make fresh hires and continue building out its product.

Indeed, alongside today’s funding news, OpenPhone is also introducing a bunch of new features, including new analytics which show how many calls were placed, or messages sent, by a team or user during a certain time frame, and what the busiest times of the week or month are for conversations. 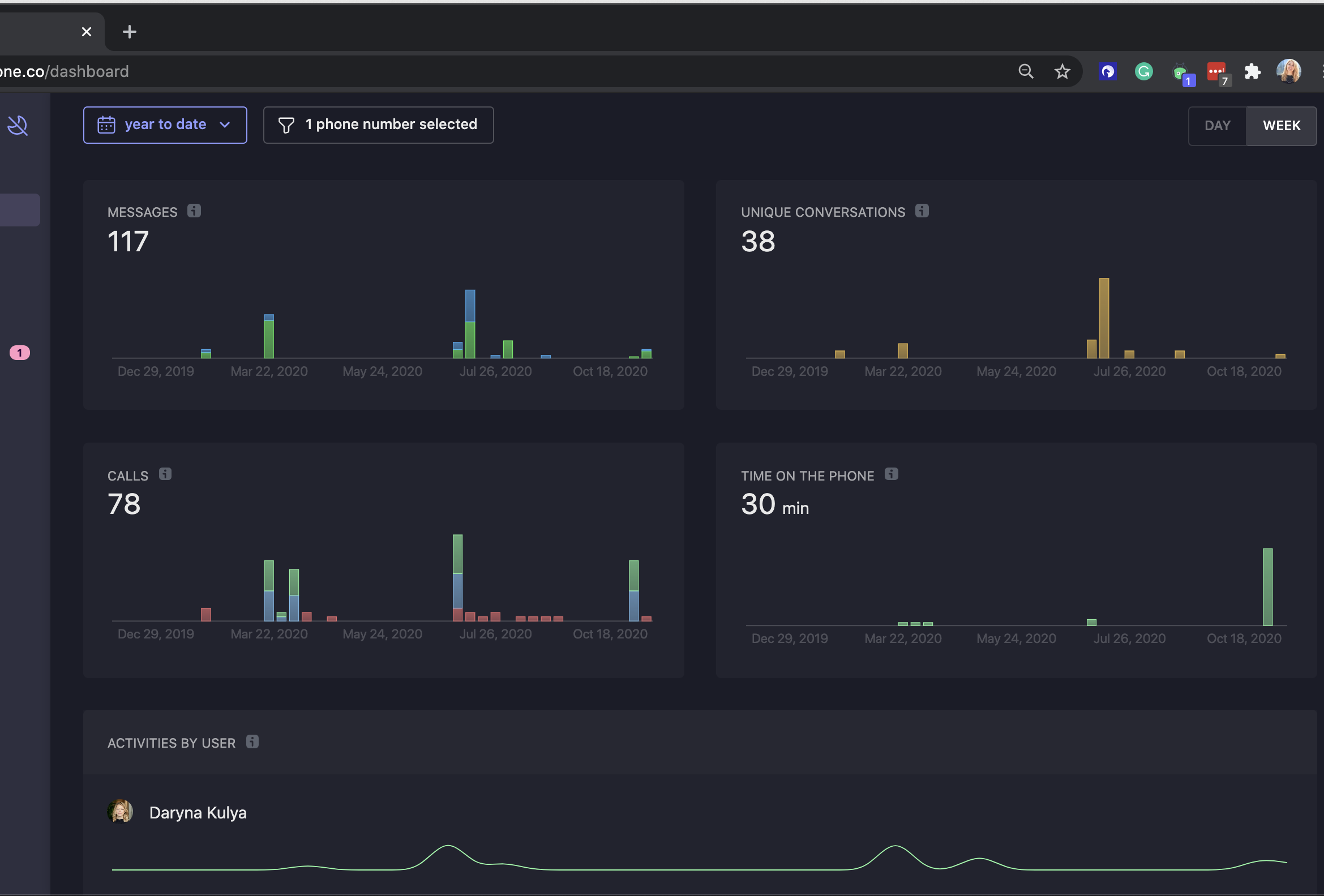 Additionally, OpenPhone is rolling out expanded search functionality, making it easier to immediately find any contact, message, voicemail, or call transcript, while support for group messaging and new integrations with HubSpot’s CRM and Zapier’s automation platform will add further utility to the mix.

Lay of the land

Other players that are similar to OpenPhone include Aircall, which raised $65 million earlier this year, though in reality it is primarily a contact center platform — its business phone system also doesn’t support messaging, while it has a minimum user requirement of 3 people which precludes individuals such as freelancers.

And then there’s something like Dialpad, which raised $165 million at a $1.2 billion valuation last month, though its product suite isn’t focused squarely on business phone systems, and Citrix-owned Grasshopper, which is fairly close to OpenPhone’s proposition.

OpenPhone, for its part, is not in any way pitched as a call center product, even though some smaller companies could use it to manage inbound customer calls. Businesses looking to manage inbound calls at any meaningful scale would be better placed using a dedicated contact center platform, whereas OpenPhone is aimed at people looking for a business phone number — this could be a freelancer, small sales team, contractor, journalist, and so on. And it could also be used by bigger companies looking to modernize their existing phone systems.

“OpenPhone plays a strong role in being the business phone for people who rely on their phones to build and manage relationships,” OpenPhone cofounder and CEO Mahyar Raissi added. “A company at scale could use OpenPhone to give every person in HR, operations, management, product, and sales their own business phone lines.”

It’s also worth mentioning the elephant in the room — Google Voice, which has targeted the enterprise market for the past couple of years. However, the business-focused edition of Google Voice is restricted to Google Workspace (formerly G Suite) subscribers, while the consumer version of Google Voice lacks many of the features that makes a business phone system appealing in the first place.

OpenPhone is currently limited to local U.S. and Canadian phone numbers, and includes unlimited calls and texts. However, OpenPhone revealed today that it will now also support international calling and messaging, which is obviously a key addition for businesses that may have customers or prospects abroad. Further down the line, it also plans to introduce local numbers for other markets around the world.