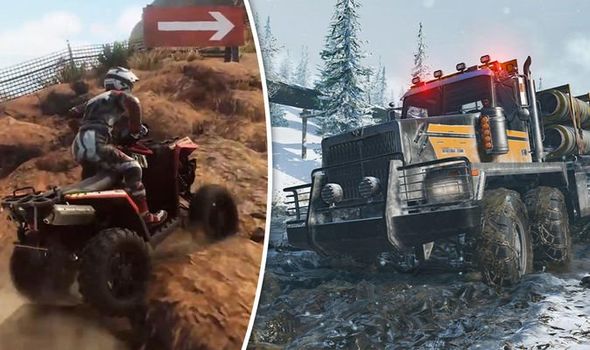 Quietly released back in March, Overpass is an experience unlike anything else in the racing genre.

You don’t conquer Overpass by driving the fastest or sticking closely to a racing line, but by adjusting angles, analysing speed and distributing your weight.

With every corner, incline and rock formation representing a fresh puzzle to be solved, you’ll need a healthy dose of skill, patience and discipline just to make it to the end of a course, let alone with the best time.

It’s one of the most absorbing racing games in recent memory, arguably even more so than genre heavyweights like Forza 7 and Gran Turismo Sport.

Traditional racing games – where the aim is to cross the finish line in the fastest time possible – are a test of skill and reflexes, particularly when faced with a sharp turn or oncoming vehicle.

But as long as you observe the racing line, brake accordingly and keep an eye out for corners, there are times when you’ll find yourself operating on cruise control.

Overpass, on the other hand, makes up for the lack of speed and intensity with its sheer relentlessness. Every single bump in the road is a headache waiting to happen and a hazard to overcome.

You’re constantly forced to adjust your route and tweak your angles, as you strive not to crash through barriers and incur time penalties, or tip on your side and press the agonisingly slow reset button.

Whether driving a straight, taking a corner, or tackling a slope, there’s no switching off in Overpass, and that’s why I love it.

This brings me on to SnowRunner, which has an April 28 release date on PS4, Xbox One and PC.

Essentially the unofficial video game of Ice Road Truckers, SnowRunner isn’t actually a racing game at all, although it does share similarties with Overpass.

The aim in SnowRunner isn’t to break speed records and race against fellow truckers, but rather to complete jobs in order to earn XP and upgrade your vehicle.

But in order to complete jobs, you’ll need to overcome challenging terrain and realistic physics by planning ahead and driving carefully.

As the name suggests, the game takes place on huge maps that are covered in snow and ice, which makes driving all the more challenging.

What appeals to me most about SnowRunner is that much like Overpass, there’s no such thing as a straightforward run.

Based on my time with its predecessor MudRunner, even a seemingly simple task like reverse parking can be a real handful if you don’t take stock of your surroundings and use the tools at your disposal. This can be anything from your trusty winch to a brand new set of chain tires.

For the most part, however, it’s like Overpass in that success mostly comes down to acceleration control, physics and planning.

Neither game has the profile and polish of a Forza or Gran Turismo, but in a sea of repetitive racing games and open-world driving releases, Overpass and SnowRunner dare to be different.

Better games will be released before the year ends, but Overpass and SnowRunner could end 2020 as a couple of hidden gems.