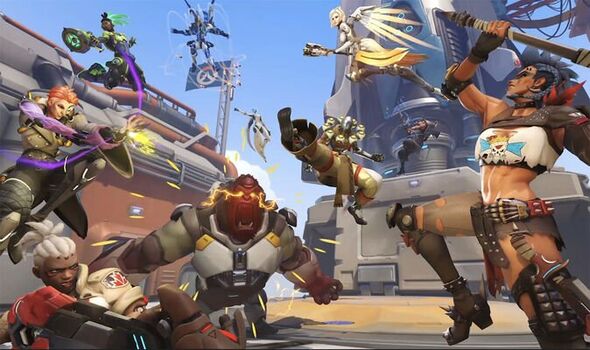 The Overwatch 2 release date has been revealed during the Xbox and Bethesda Showcase event. Replacing the traditional E3 event, the Microsoft Showcase features a look at gameplay for upcoming titles such as Forza Motorsport, Redfall and Starfield. In one of the more surprising announcements, it was confirmed that Overwatch 2 will be available in Early Access from October 4.

The upcoming Overwatch sequel will be completely free-to-play, meaning anybody can jump in and enjoy the action.

As part of the latest gameplay reveal, Blizzard announced a selection of brand new characters, including Meri, Geiger and The Junker King.

The new Overwatch will also feature new maps and game modes, while existing players can import their skins and items.

Taking place on June 16, the event will not only look at some of the new characters, but also the imminent PvP Beta.

“Save the date for an #Overwatch2 event, where we will share our plan for the months ahead, including the next PvP Beta!” Blizzard explains.

The Xbox and Bethesda Showcase opened with a look at Redfall, which is launching in 2023.

Hollow Knight Silksong was up next, as Microsoft showcased actual gameplay footage. In news sure to please Xbox fans, Silksong will be available on Game Pass at launch.

High on Life was announced for this October, as Microsoft unveiled gameplay footage for the cartoonish shooter.

A plague Tale: Requiem was given a 2022 release date, while Forza Motorsport was announced with a 2023 release date.