Playing A Tiny Video Game With My Thumbnails Because I Hate Myself: A Review

Let me introduce you to Thumby, a tiny video game system that I Kickstarted a while ago and was surprised to find in my apartment mailbox this week. I should’ve known it was coming because Kickstarter sent me multiple messages about it, but I only read Kickstarter messages when I want to find out why I didn’t get a Steam code for a video game that was clearly distributed in a previous Kickstarter message.

Thumby, as the name might imply, as probably does the title of this article – who’s to say – is an extremely small video game system. Like real fucking small. And that 'fucking' for emphasis is definitely needed here. According to the Kickstarter page, its dimensions are 1.2" X 0.7" X 0.3" (29.5mm x 18mm x 8.5mm). When you’re getting into the millimeter range, shit is getting weird.

Seriously. I tried to take photos to give a sense of scale but it doesn’t quite match the feeling of it in your hands. And by hands I mean your by-comparison immensely large sausage fingers. I dropped it once on my carpet and had to get down on my hands and knees to find it. You won’t get that with a Switch. Is it a bug? Is it a feature? No, it’s me accidentally vacuuming up a entire video game system one day.

Speaking of, like the newest version of the Nintendo Switch, the Thumby has an OLED screen! Wow! Unlike the Nintendo switch, the resolution is a whopping 72 x 40. Probably because you couldn’t get it much smaller without throwing goddamn Pym particles at. 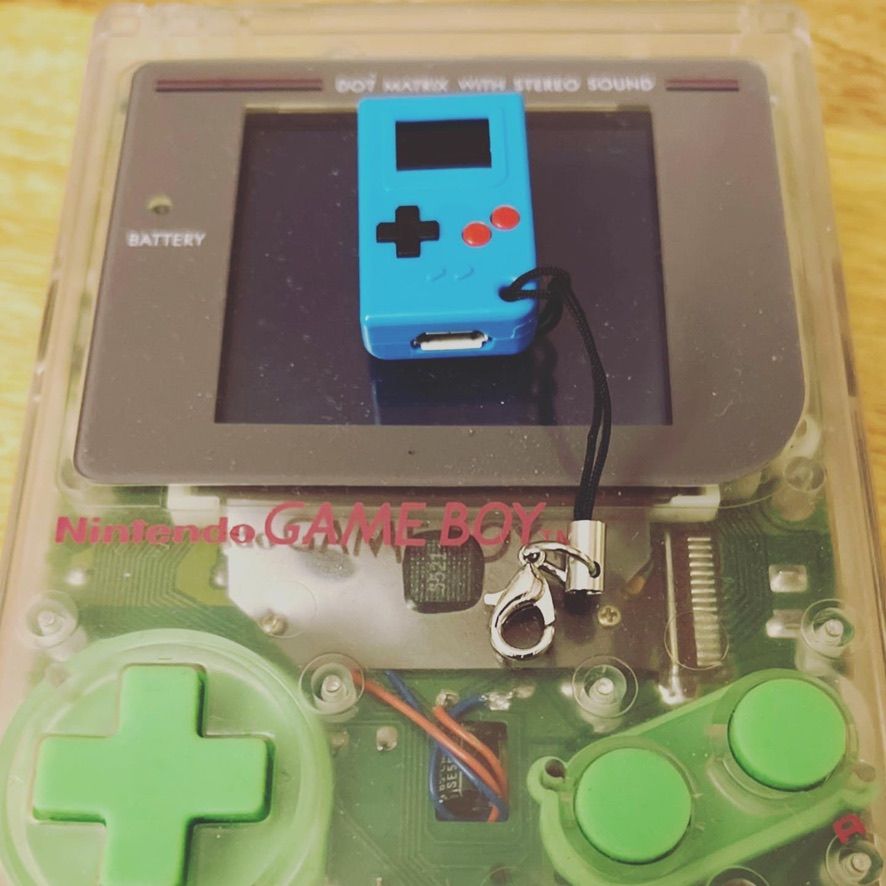 Rather than a ROM of your favorite game that you play for five minutes, the Thumby includes five games that you play for one minute. That group consists of TinyBlocks (a Tetris clone), Space Debris (an Asteroids clone), Thumgeon (an actual rogue-ish RPG), Saur Run (an infinite runner), and Annelid (a Snake clone, although isn’t every Snake game a Snake clone?). Of these, Saur Run is probably the most playable, probably because your only control is pushing a button to make a dinosaur jump over obstacles while it runs. I mean, the games all work, but trying to drop blocks in Tetris is hard when it’s literally a pixel difference between spaces. Thumgeon is entertaining in that a tiny RPG exists but a nightmare in figuring out how to fucking play it.

But how does it play? Terribly! What do you expect? The shit is measured in fractions of an inch. I don’t have particularly large hands (if you know what I mean, wink) but even I was stuck using my thumbnail to press buttons. It’s nigh impossible to use any of the controls without hitting the wrong buttons by mistake. And, hilariously, the bump for a start and select button are purely aesthetic. 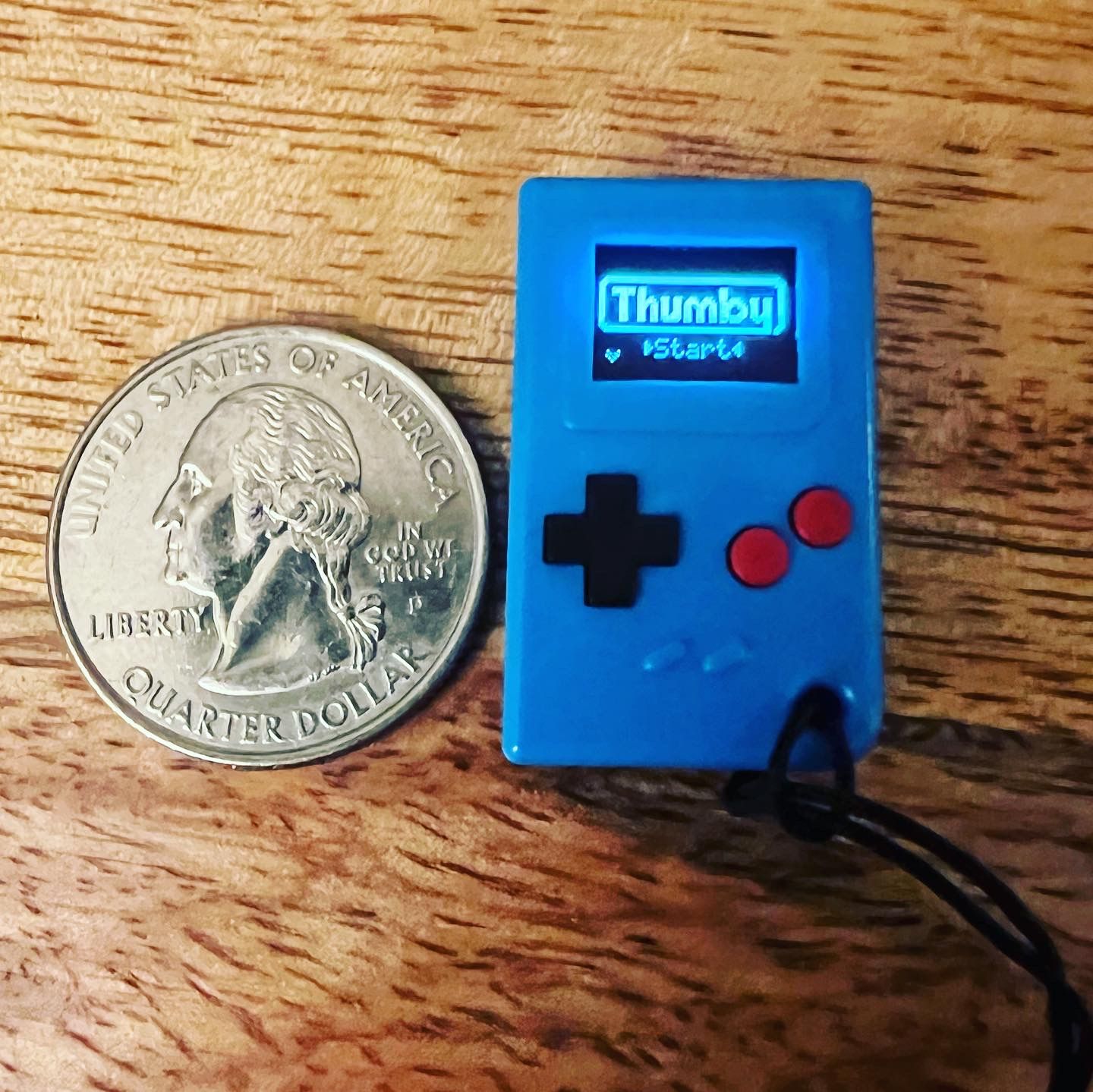 That all said! I love this thing. It’s not particularly expensive, and just the fact it exists at all is pure magic. Turning on a tiny video game system made for ants and seeing actual games play is genuinely delightful. It’s a novelty, as a lot of things like this are. But it’s a novelty that is charming and well made. And to the system’s credit, the Thumby is designed to allow you to make and upload your own games. This part I can’t help you with, because I’m a terrible programmer, no matter how many times I make a computer output 'Hello world' in a fucking online class. Still – the ability for fans to make more games means there will be content and it’ll be free.

Will that content be good? Clearly not if I make it. Fortunately, everything I read online indicates it’s pretty easy to develop for. So let the Elden Ring remakes begin. 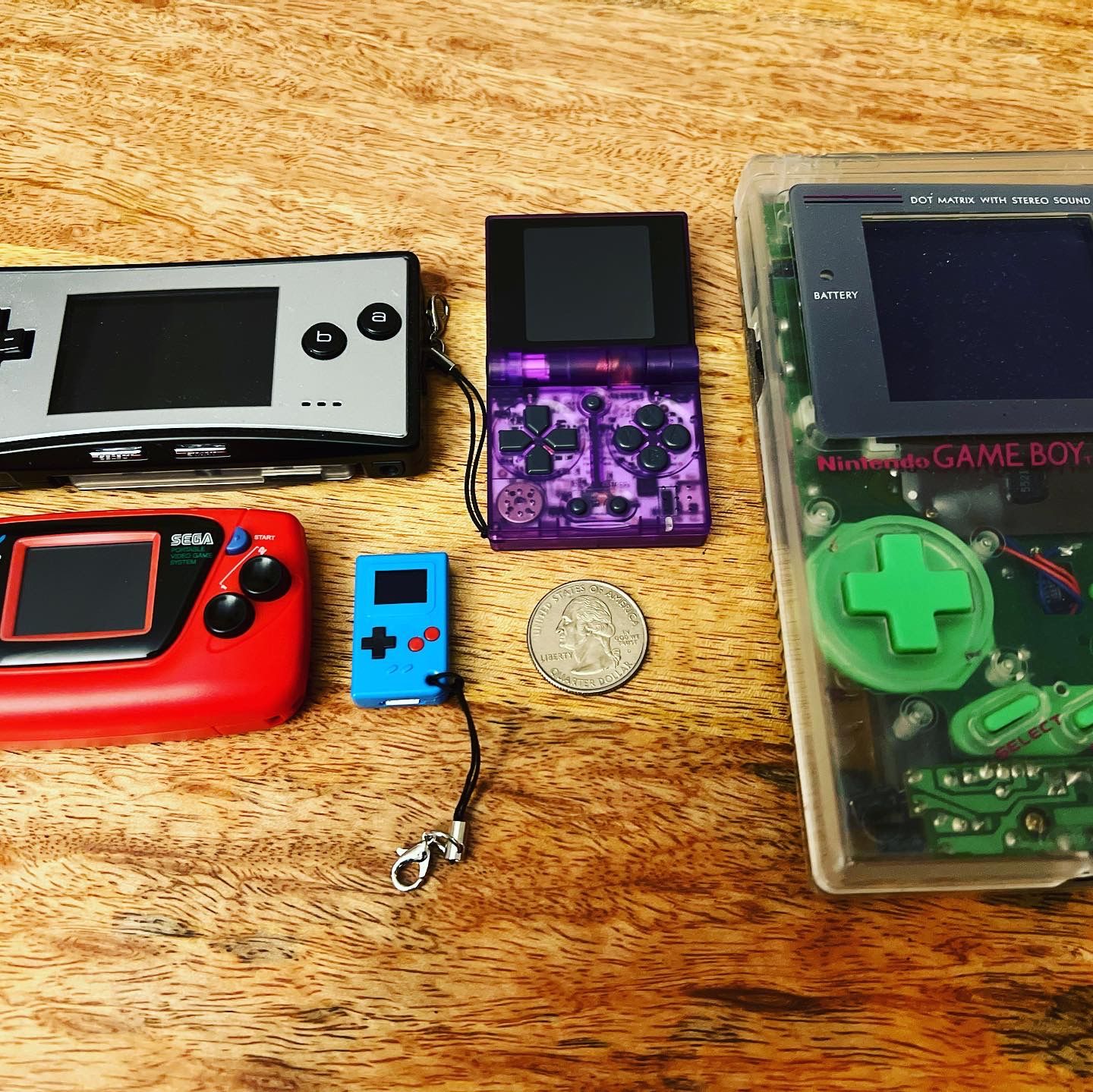 The phrase 'your mileage may vary' is video game writing code for 'I like this but you probably won’t' and that kind of applies here. Thumby doesn’t promise much outside of a microscopic gaming system that awkwardly plays knock-off open source games – but it does deliver on those promises quite well.