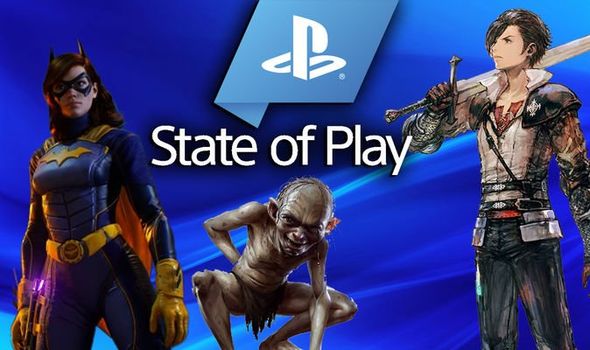 PS5 and PS4 owners will want to tune in to the next State of Play event.

The presentation will be broadcast live on all the usual platforms, or you can watch the stream for yourself by clicking play on the YouTube embed below.

According to the official announcement, the next State of Play will run for around 20 minutes, and focus on upcoming games from third-party developers.

“This time out, we’ll be focusing on announcements and updates for upcoming third-party releases headed to PS5 and PS4,” reads a Sony post.

“The show is looking to be 20 minutes or so, and will share new looks at previously announced games, plus a few reveals from our partners around the world.”

Of course, it wouldn’t be a State of Play without a spate of leaks, and this week’s event is no different.

According to the latest reports, the October State of Play will give fans an extended look at Square Enix RPG Final Fantasy 16.

The development team previously announced plans to reveal more information in 2021, so a State of Play deep-dive makes sense.

“The firstborn son of the Archduke of Rosaria. Though all expected him to inherit the Phoenix’s flames and awaken as its Dominant, destiny instead chose his younger brother Joshua to bear this burden.

“In search of a role of his own, Clive dedicated himself to mastering the blade. His practice pays off when, at just fifteen years of age, he wins the ducal tournament and is dubbed the First Shield of Rosaria—tasked to guard the Phoenix and blessed with the ability to wield a part of his fire.

“Alas, Clive’s promising career is to end in tragedy at the hands of a mysterious dark Eikon, Ifrit, setting him on a dangerous road to revenge.”

Other games tipped to appear during the event include Gotham Knights, Gollum and Tchia.

Tchia is described as a “tropical open-world adventure” in which the lead character can take control of different animals.

“Climb, glide, swim, and sail your boat around a beautiful archipelago in this physics-driven sandbox.

“Use Tchia’s Soul Jumping ability to take control of any animal or object you can find, and Jam on your fully playable Ukulele. A game inspired by New Caledonia.”

Gotham Knights, meanwhile, is another open-world game, only instead of jumping between animals, you’ll take control of various superheroes.