Pokemon: 5 Amazing Moves Greninja Can Learn (& 5 It Never Should)

Pokemon may have seemed like a strange idea when it was first released on Nintendo’s Game Boy, but it’s gone on to become one of the most successful properties of all time. Each new Pokemon game adds a little more to the formula and the Pokedex has ballooned from 150 creatures to nearly 1000 at this point. There are many new Pokemon that are just beloved as the classic creatures and Greninja certainly qualifies.

Greninja has gotten a lot of attention in both video games and the anime and the Pokemon is depicted as a competent fighter with a powerful set of moves. However, some techniques are a better fit for Greninja than others. 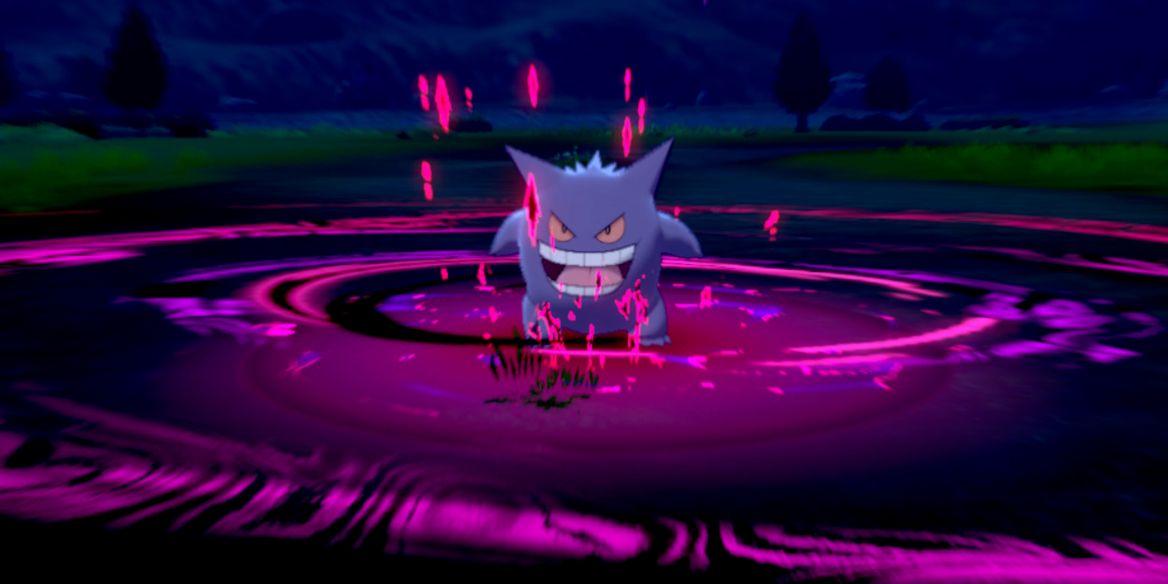 Dark Pulse is Greninja’s best Dark-Type move and it’s one of the better attacks where brute strength is applied in a crushing way. Dark Pulse always connects and it has the high power of 80, which means Pokemon are just assaulted by a force of negative energy that hurts them to their very cores. As an added bonus, it’s also likely to make Pokemon flinch. Dark Pulse also becomes 50% more effective when it’s used by a Pokemon with the ability Mega Launcher. This doesn’t apply to Greninja, but the move is still strong enough without this perk. 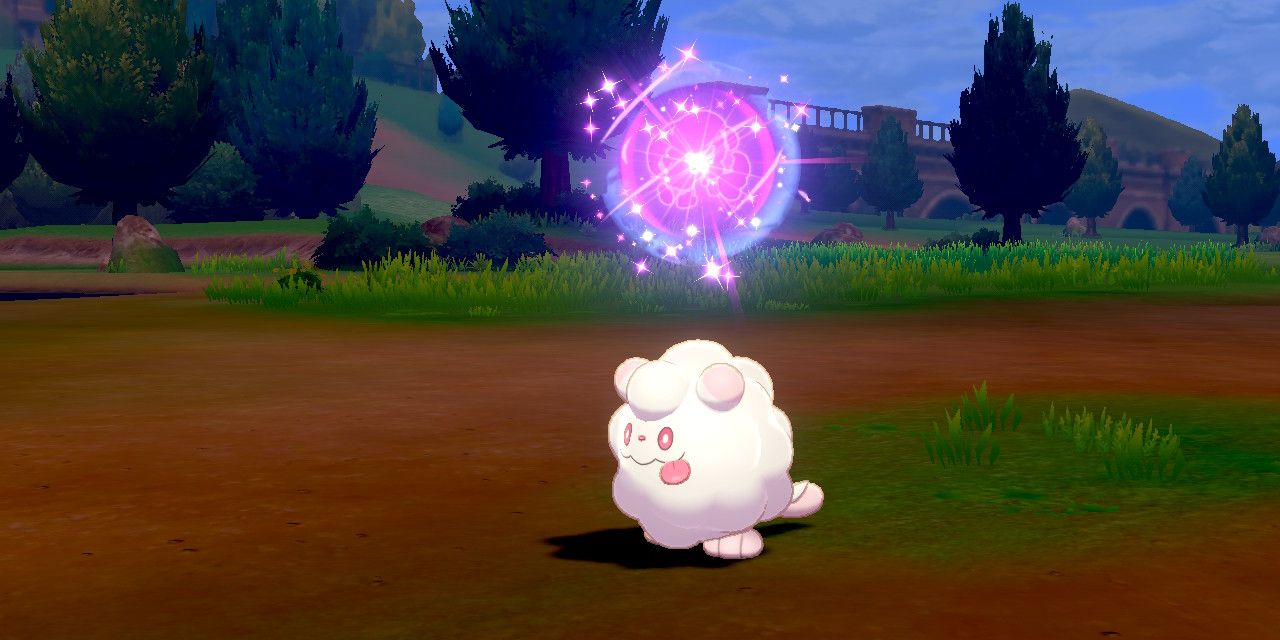 There are many different factors to consider in a Pokemon battle. The addition of abilities and hidden abilities are extra traits that can help or hinder a Pokemon outside of their moveset, but it’s a factor that’s also very easy to ignore. Role Play is a Psychic-Type move that first appeared in the Generation III games and all that it does is copy the ability of the opponent Pokemon. There are many other important areas to copy and most of the time a player won’t even know what the abilities of other Pokemon. 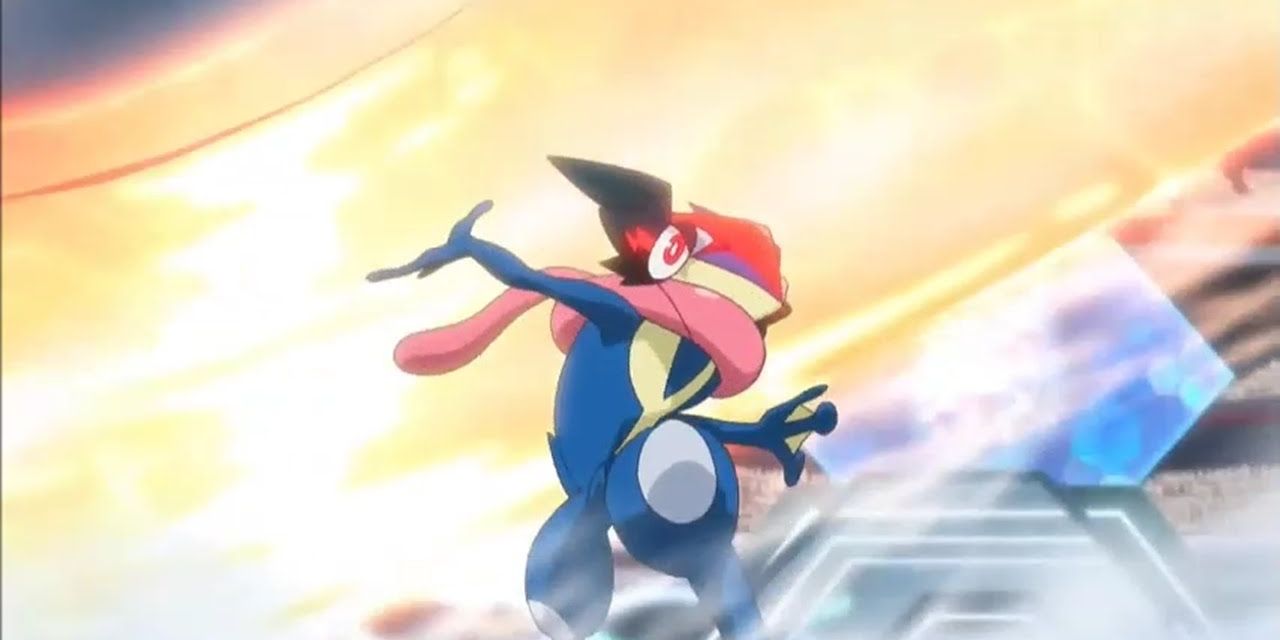 Water Shuriken is Greninja’s signature attack and a move that the Pokemon frequently utilizes within the anime series. The Water-Type move is tame in strength, but Greninja delivers a flurry of blows that make up for this. If Greninja can strike four or five times with Water Shuriken then the move is a success, but anything less is a problem.

Greninja’s Water Pulse is another formidable ability that delivers one powerful burst as opposed to Water Shuriken’s repeated, yet weaker, blasts. Water Shuriken edges it out due to its priority status and how it will also lead in a battle. 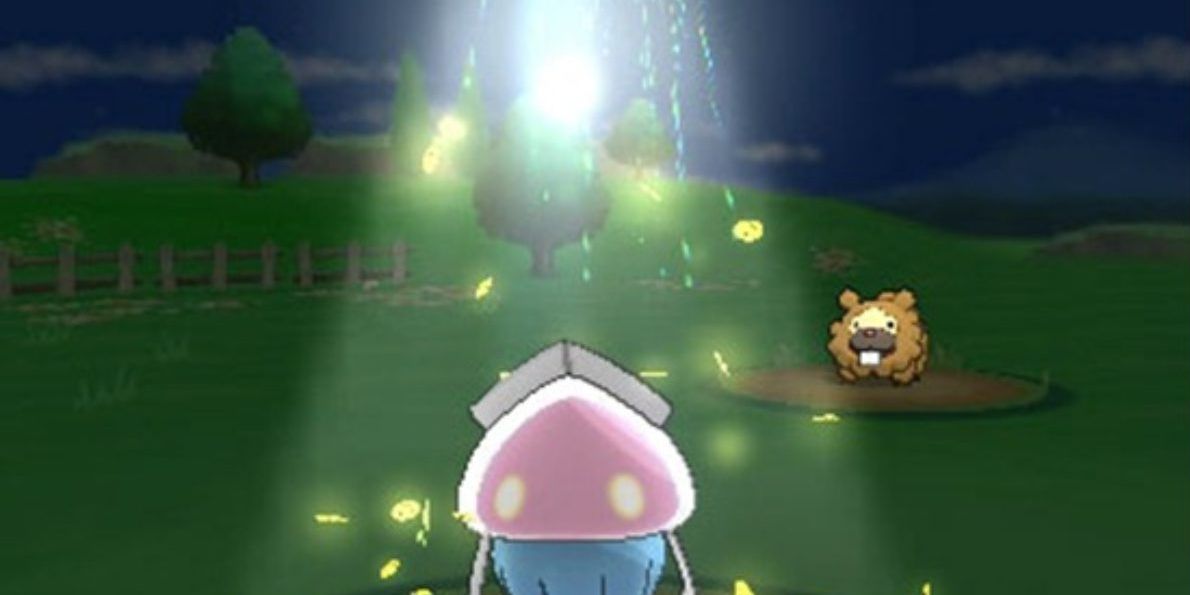 Happy Hour was originally acquired through special events, but the move’s rarity shouldn’t trick the player. Greninja can now learn it in Sword and Shield if the Pokemon is transferred over from a previous title. Happy Hour serves a very specific purpose in that it doubles the prize money gained at the end of battle. If money isn’t on the player’s agenda, it’s useless. It does the same thing that the Amulet Coin or Luck Incense do, which seems like a waste of a move (even if it can be stacked with those items to earn even more money). 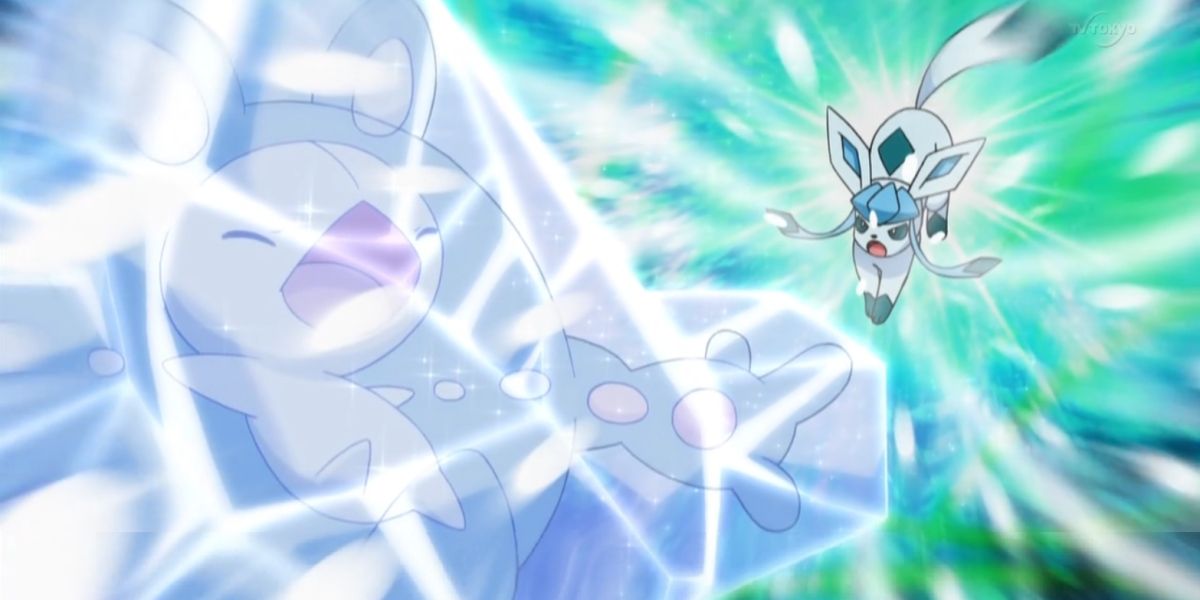 Ice-Type moves can really do some damage and Blizzard is a brutal example with a power of 110, as well as the ability to leave Pokemon frozen or hurt multiple targets during horde encounters. Blizzard falls back on severe strength, but it also causes environmental changes, like knocking berries down from trees, which is a welcome perk. Blizzard is likely to hit its target, but the attack’s accuracy is 70%, which may worry some players who need a sure thing. The rest of Blizzard’s advantages and low use of PP make it easy to overlook this. 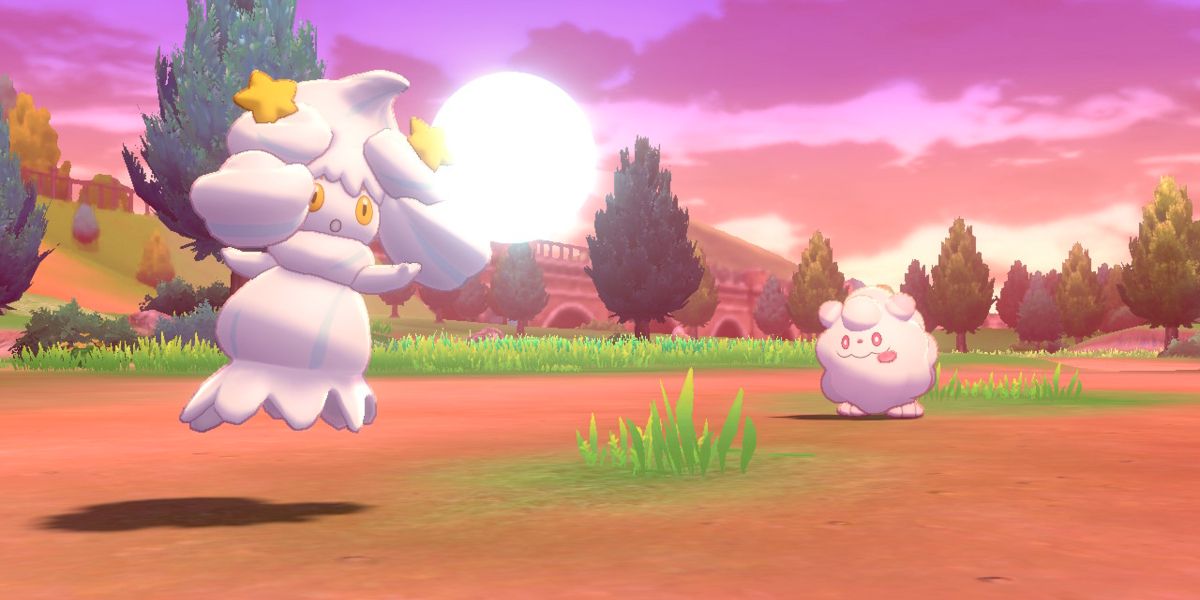 It’s fascinating to see how the wide variety of Pokemon moves are able to incorporate both the creatures’ natural abilities as well as their surroundings in certain situations. Fling is an unusual move that Greninja can learn through the use of a TM, but it’s not recommended.

Fling involves the Pokemon throwing whatever held item they have at the opponent, with every item corresponding to a different amount of damage of status effect in the opponent. It’s a risky move and practically impossible to remember which items are most effective here. It’s also useless if Greninja isn’t holding an item. 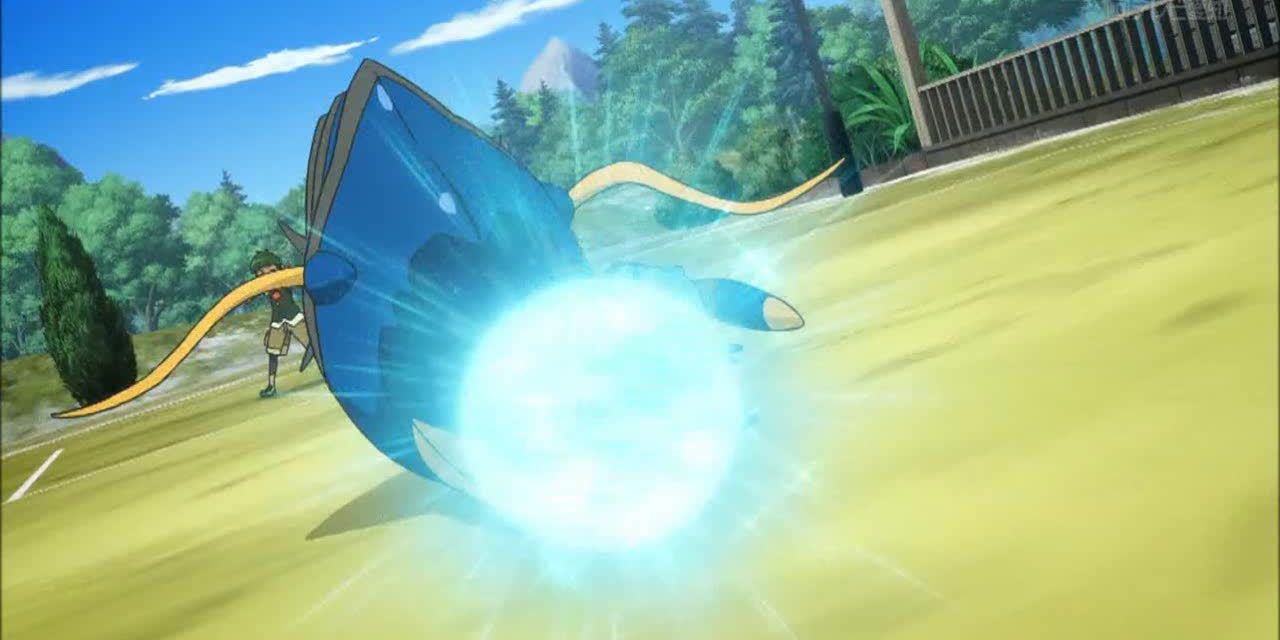 There are a lot of powerful Ice-Type moves, but Ice Beam is a classic from Generation I that’s still the best choice for Greninja to add to its repertoire. The Ice-Type attack is a raw blast of power and the move was actually considered to be too strong so its power was lowered from 95 to 90 back in Generation VI, but that’s still a strength that exceeds many other moves. Ice Beam may also result in the opponent getting frozen, which is a nice bonus to colossal strength that Ice Beam contains. 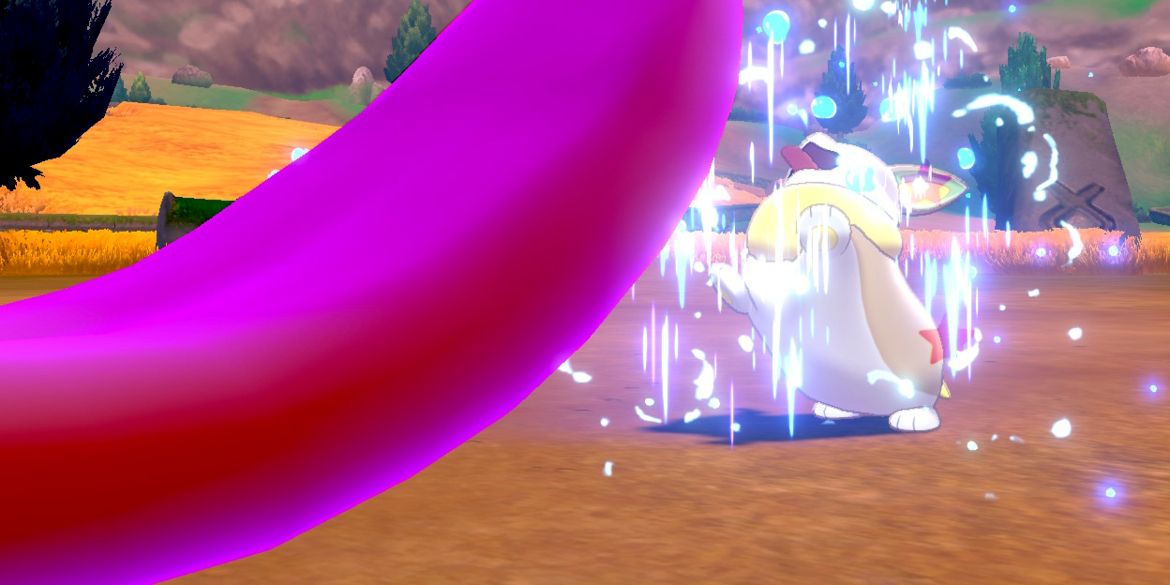 Greninja is a powerful Dark- and Water-Type Pokemon, but Lick is a Ghost-Type move that’s been around since the start of the series that the Pokemon is also able to learn. The utility of a Ghost-Type attack may seem helpful, but Lick wastes a move slot that could go to many better attacks. Lick sometimes induces paralysis and it’s gotten a boost in power from 20 to 30, but it’s still just a moderate amount of strength. Greninja can do a lot more with moves that play to its strengths. 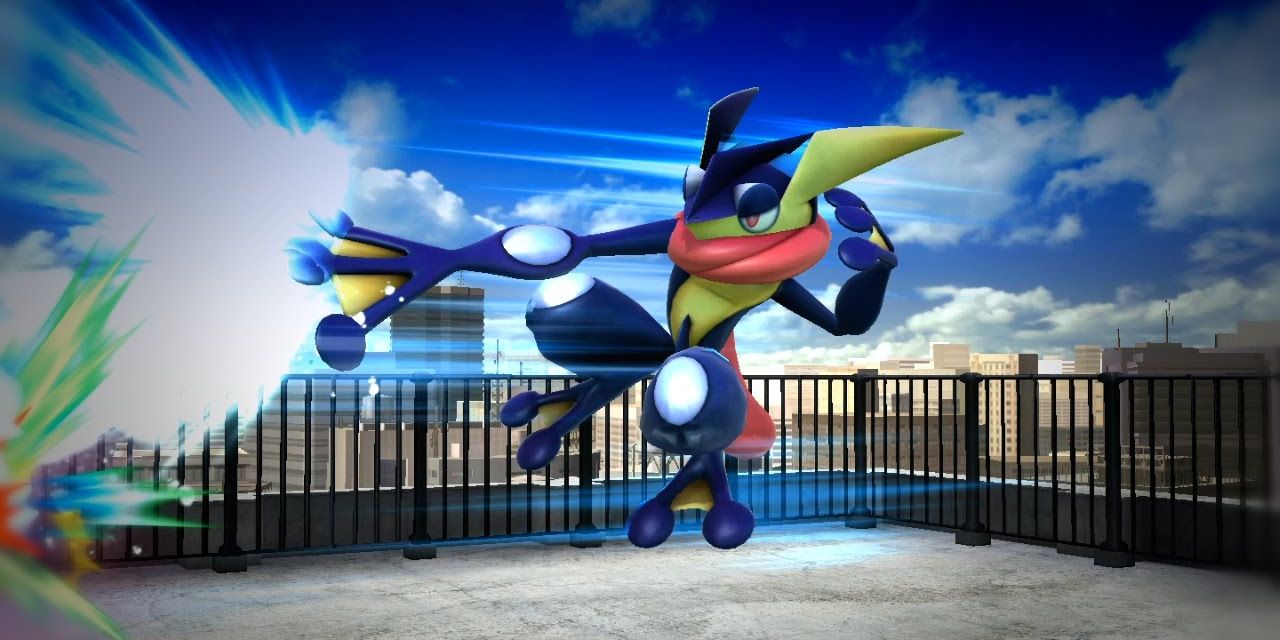 Hydro Pump is another overpowered move that’s been adjusted over the past few generations. It’s a Water-Type move from Generation I that’s perhaps the move best representative to the sheer power that water can throw at someone. Hydro Pump used to be at 120 in power, but lowering it to 110 still puts it above many other attacks. Its accuracy is at 80%, but those are still likely odds that Hydro Pump will connect with its target. Hydro Pump doesn’t have a secondary effect to fall back on, but it causes enough damage that it doesn’t need one. 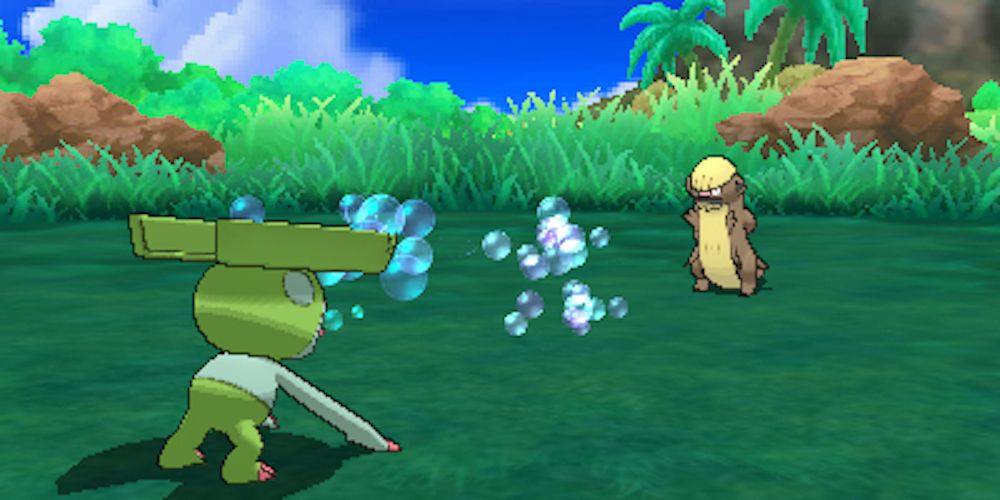 Bubble isn’t a terrible move, but the problem with it is that there are just so many more powerful versions that do the same thing that it’s basically become irrelevant over time. Bubble has been around since the original Pokemon titles and it’s a modest Water-Type attack with a power of 40 and guaranteed accuracy. Bubble is exactly the kind of move that can stand out during the simplicity of Generation I, whereas now there are moves like Bubble Beam and Bouncy Bubble that are better variations.

NEXT: Pokemon: 10 Things You Didn’t Know About Dark-Types 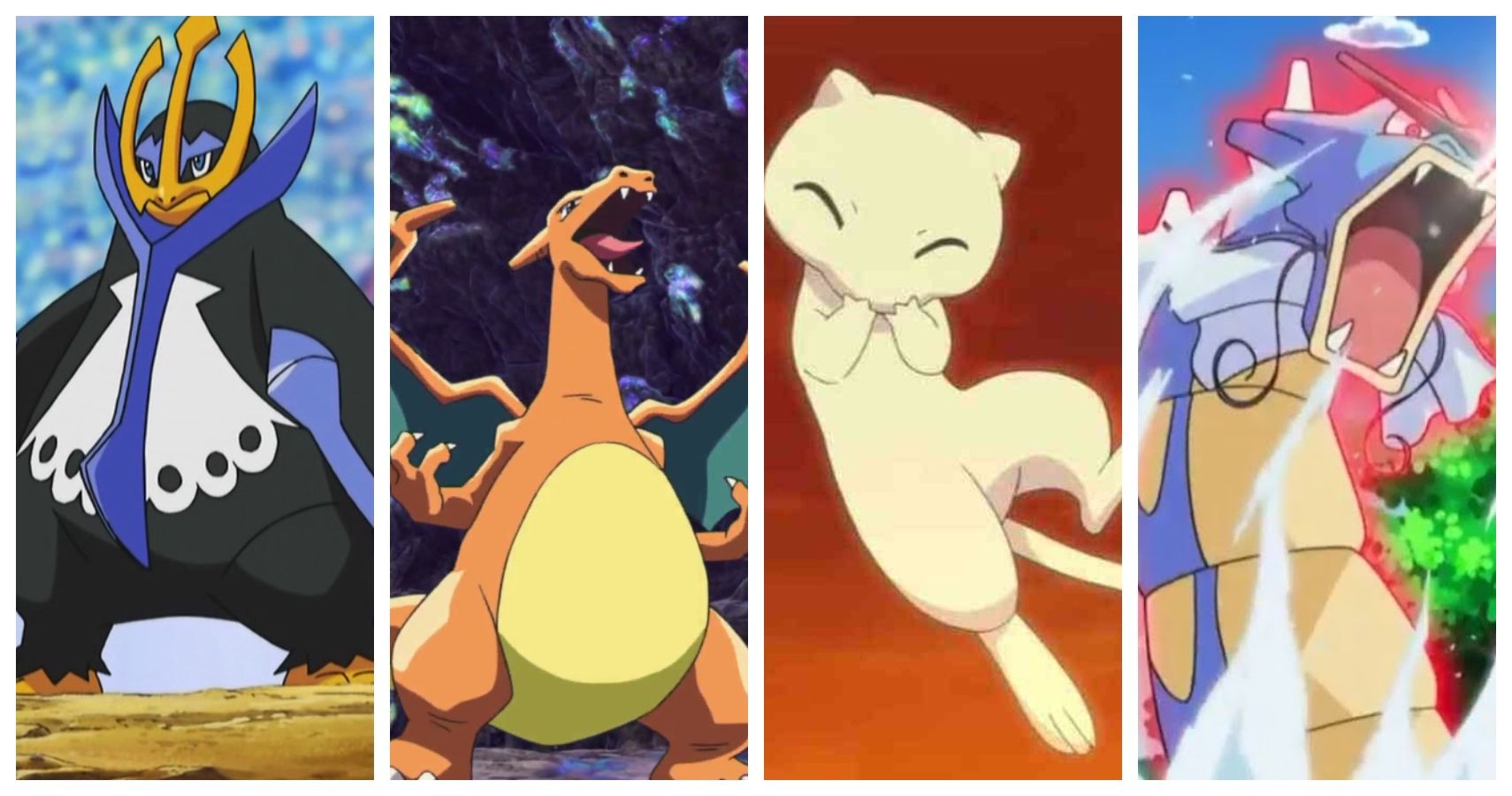 Daniel Kurland is a freelance writer, comedian, and critic, who lives in the cultural mosaic that is Brooklyn, New York. Daniel’s work can be read on ScreenRant, Splitsider, Bloody Disgusting, Den of Geek, and across the Internet. He recently completed work on a noir anthology graphic novel titled, “Sylvia Plath’s The Bell Noir: A Rag of Bizarre Noir and Hard Boiled Tales” and he’s currently toiling away on his first novel.