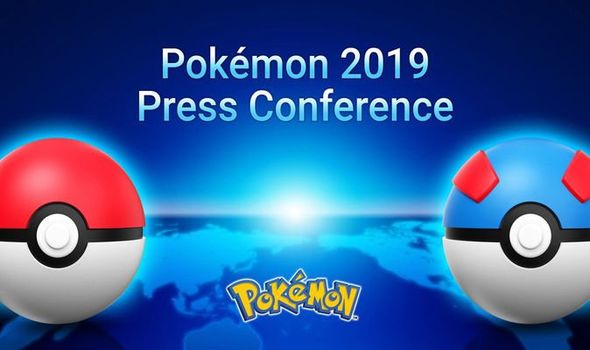 There is a lot of new Pokemon news coming in May, starting with the Pokemon Press Conference, which can be watched live on Twitch.

The interesting thing about this is that it has only been given a very vague description, meaning it could cover anything.

Pocket Monsters from all platforms could be covered, with the likes of new Pokemon Go updates possible.

The Nintendo Switch’s Pokemon Sword and Shield could also be featured, as well as whatever crossover plans the Pokemon Company has for the new title.

Updates on both Pokemon Go and Pokemon Sword and Shield would be massive for fans of the franchise, and they might not be the only games covered.

DeNA is working on a new Pokémon game for mobile phones that has yet to be revealed.

And the Pokemon Press Conference 2019 seems like the perfect event to announced the full details of what this new project could be.

According to a recent Nintendo financial report, the company plans to “launch a new and exciting smartphone game this fiscal year based on the globally popular Pokémon franchise in partnership with The Pokémon Company. More details such as information about the game and launch timing will be announced later.”

This timeline gives the Pokemon Company until March 2020 to launch this new Pokemon Mobile Game.

And there is also a huge selection of spin-offs DeNa could pull from for their next title, with a new card game sounding like an interesting prediction.

Providing something in the guise of Hearthstone probably wouldn’t capture a younger audience but would certainly catch the eye of older Pokemon fans.

The Pokemon Press Conference 2019 start time in the UK has been confirmed for 2am, BST, on Wednesday, May 29.

The later time is due to it being held in Japan, and will mean the live stream kicking off at 6pm, PDT, in the United States.

There’s currently no end time confirmed for this event, meaning it could run for a long or short time, depending on the amount of news included.

It will be a late event to tune in for from Europe, and there is currently no set runtime in place, so it’s hard to say when it will end.

Here’s the latest from the Pokemon Company, who confirmed in a new post: “The Pokémon Company is hosting its 2019 Press Conference in Tokyo, Japan, on Tuesday, May 28.

“You can watch the event live here at Pokemon.com starting at 6 p.m. PDT. The press conference is expected to cover a number of topics of interest to Pokémon fans.

“And look forward to a Pokémon Direct on June 5 for more news on the upcoming Pokémon Sword and Pokémon Shield games.”

As mentioned above, there will be another Pokemon event next week, dedicated to Pokemon Sword and Shield news.

This means that today’s event may skirt any big reveals about the upcoming Nintendo Switch title.

But there’s also the chance that we will hear about any upcoming crossover events being worked on for Sword and Shield and other Pokemon games.