Pokemon Sword and Shield Nintendo Switch review – Should you bother to catch them all?

Pokemon Sword and Shield are perhaps the most anticipated games from the franchise ever. After reaching stratospheric popularity in the past three years with the seemingly endless success of Pokemon GO, and indeed the debut of its first ever live-action movie – Detective Pikachu – these games have a lot to live up to. But perhaps the biggest pressure stacked against these new Pokemon games is that they are the first mainline games of the franchise on a games console – not just a handheld.

Pokemon Sword and Shield start off just like any other Pokemon game: the player is sent on a quest to defeat all of the gym leaders in the region after receiving a starter beast to tame.

Fans of the franchise will not need a retelling of how the game progresses – but newcomers will quickly learn the routine of travelling to a new town, beating the gym leader’s task (usually a rudimentary puzzle or a set of trainers), and then defeating the gym leader for a badge. Rinse, repeat.

While the gyms are supposed to be some of the more challenging aspects of the game, I found real difficulty in the Pokemon trainers scattered throughout caves and along paths between the various towns.

Sword and Shield feel like amalgamations of recent enrties such as Pokemon X and Y, and 2018’s Pokemon Let’s Go! Pikachu & Eevee.

The challenge from the traditional style of games has been infused with Let’s Go’s quality of life improvements; such as having the Pokemon Box available at any time, and indeed the removal of HM moves (Cut, Surf, etc).

Although cutting out some of these aspects has been criticised in the past, it ultimately amounts to a more streamlined version of the game, allowing players to focus more on training and battling than traversing the world. 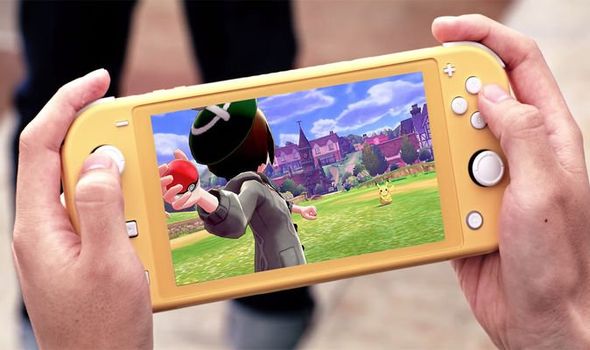 Streamlined though it may be, the new games actually give players the biggest opportunity yet to explore the world, as it includes a brand new Wild Area.

This new addition to the game is what Pokemon fans have been waiting for since Red and Blue. An expansive, interesting free-roam area with seemingly limitless types of creatures to catch.

With different zones and terrains, players will discover many types of Pokemon on their travels without even realising they had stumbled into a new region.

This aspect of the game alone brings the childlike wonder of early Pokemon journeys back again. Unfortunately, while the Wild Area looks the part, the technology doesn’t hold up.

Glaring examples of pop-in plague the game, and can become frustrating when searching for something specific in the sprawling world. 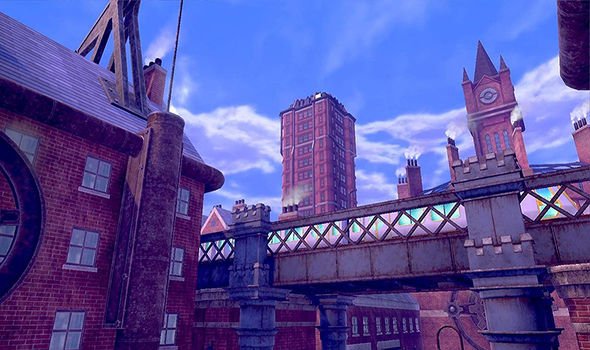 What’s more, when the Pokemon do successfully load in, it feels like the Nintendo Switch can’t handle the amount of characters on screen, causing lag and frame rate issues.

This may be an unfortunate symptom of the games being released early, or the developers getting to grips with the Nintendo Switch’s hardware, but either way, it doesn’t make for pleasurable playing.

Thankfully, in the city scenarios the game shines. The pseudo-British design of the Galar region is bursting with charm.

Players will quickly find their favourite town and want to hang out there between adventures – which is handy because there’s plenty to choose from. 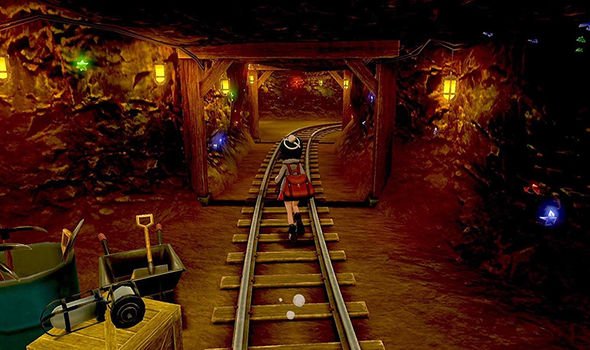 Perhaps the most irritating part of traversing this brand new world is the player’s rival: Hop.

Hop will arrive at destinations before players, just in time to give heavy explanations of exactly what is going on.

Hours into the game, this will certainly leave players mashing the A button to simply get back to exploring each nook and cranny of the world.

It is understood that Hop’s inclusion is down to the fact Pokemon Sword and Shield are games for children, but even this much monotony would leave kids frustrated.

Pokemon Sword and Shield’s release as a fully fledged console game is certainly something to be celebrated, although it would have been nice if the developer took more risks.

The inclusion of raiding and dynamaxing aren’t worth writing home about, even though the combat itself is perhaps the most fluid and satisfying it has ever been.

The beautiful and interesting world will be lavished with praise by brand new players and long-term fans, although even this is tarnished by the lack of stability in the Wild Area regions – which is a shame, because the Wild Area is perhaps the most interesting part of the game.

Ultimately, it just doesn’t feel like the breath of fresh air fans of the franchise may have wanted.The next Pokemon games would benefit heavily from a little more work on their structural integrity, and perhaps less work on the handholding nature of the NPCs.

Pokemon Sword and Shield are available on Nintendo Switch now.