Pokemon Sword and Shield may have stirred up more controversy than a pre-watershed Pussycat Dolls performance, but that hasn’t stopped the Nintendo Switch release from being one of the biggest selling games of the year. Developer Game Freak may have lost a few fans by stripping the Pokedex back, but it may win a few back thanks to its latest update.

To celebrate the start of December, the Pokemon Sword and Shield developer has updated the in-game weather for winter.

Players who take a stroll in the game’s wild areas will notice that it’s now snowing in the exploration zones.

Likewise, if you’re short of Ice type Pokemon in your Pokedex, you can expect to encounter more frosty Pocket Monsters for the month of December.

It’s similar to the kind of thing you’d see in the likes of live service, online games like Pokemon Go.

Perhaps this means we’ll be treated to special Christmas events and other bonuses as the game continues to evolve.

Players will be able to battle against Gigantamax Snorlax in Max Raid battles from now until early January.

“We now know that there are special Snorlax among the Snorlax that you can find living in the Galar region,” reads a Nintendo post.

“These Snorlax are capable of Gigantamaxing! When Gigantamaxed, these special Snorlax gain a different appearance than regular Dynamax Snorlax, and they can also unleash a G-Max Move called G-Max Replenish.”

The Gigantamax Snorlax has a vastly different look to the regular Pocket Monster, largely due to the giant tree growing out of its tummy. 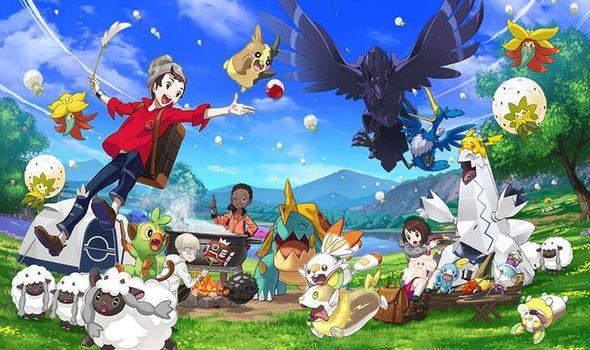 “The Berry seeds and small rocks that were tangled in its belly fur have undergone explosive growth thanks to the power of Gigantamaxing,” Nintendo explains.

“With a tree sprouting upon its belly, this gigantic form of Snorlax has the majesty of a great mountain.”

It’s also said to have “unshakeable strength”, despite barely moving to attack its targets. Indeed, according to Nintendo it’s one of the strongest Pokemon in the game.

“Whether because of the great weight of its stomach or its unchanged natural disposition, this Gigantamax Pokemon almost never moves,” the post continues.

“When the time comes to do battle, it lifts its upper body by just a tiny amount and attacks by flailing with its arms and legs. At first glance, you might think it’s not very serious about battling—but these actions pack a tremendous punch.

“In fact, Gigantamax Snorlax is said to be one of the strongest Dynamax Pokemon discovered.”

How to battle Gigantamax Snorlax…

The huge new Pokemon can be battled as part of Max Raids in Pokemon Sword and Shield on Nintendo Switch. The raids go live on December 4.

If you’re new to Pokemon Sword and Shield or are only just finding your feet, Nintendo has explained exactly how to battle the giant Snorlax.

“To face a Gigantamax Snorlax, you’ll need to connect to the internet” the explainer reads.

“Connecting your Nintendo Switch system to the internet will automatically enable you to encounter the latest Pokemon appearing in the Wild Area.

“You can achieve the same results manually by opening the X menu in your game, selecting Mystery Gift, and then selecting Get the Wild Area News.”

Pokemon Sword and Shield has received mixed reviews since launch earlier in November.

The more positive reviews talk of a charming set of games that go in a bold new direction, while some of the negative reviews bemoan the technical hiccups and lack of fully formed features.

Despite not containing all of the old Pokemon, Sword and Shield does introduce a new generation of Pocket Monsters, not to mention a brand new location loosely based on the United Kingdom.

The Nintendo Switch releases also have more Trainer customisation options, including the ability to change hairstyles and wear makeup.

Elsewhere, players can set up camps when exploring the Galar region, and can even cook up a selection of curry dishes.