Pokémon Sword and Shield’s coolest towns are the most shallow

Spikemuth is hidden behind a cold, metal gate. The neon-lit town is run-down, dingy, and one of the most interesting places I’ve explored in a Pokémon game. The problem is that there’s almost nothing to it aside from its aesthetic — there’s more to do in some filler routes in Pokémon Sword and Shield than there is in Spikemuth.

Sword and Shield sets up Spikemuth as an important place. It’s the only town where you can’t use Dynamax Pokémon. Team Yell, the game’s “villain,” is from there. So is Marnie, one of Sword and Shield’s three rivals. Visually, it’s unlike any other place in Sword and Shield, let alone any town I’ve seen in a Pokémon game. It’s immediately noticeable when entering the city for the first time through its back alley entrance, past the metal garbage cans and crumbling walls.

Pokémon Sword and Shield are set in a fictional version of the U.K., a small and lively region with a variety of architecture styles across its cities and towns. None of the cities are bad. Many of them have plenty of places to explore, making the areas feel alive with their fan-filled stadiums and selection of shops. But most of them are not particularly unique; I’ve learned to expect what a Pokémon city will look like. And these look like Pokémon cities and towns — except two, which are visually interesting in a way I hadn’t seen before. But unfortunately, that interest is superficial. Spikemuth and Ballonlea are two of the most interesting city ideas for Pokémon games — but it’s limited only to ideas. 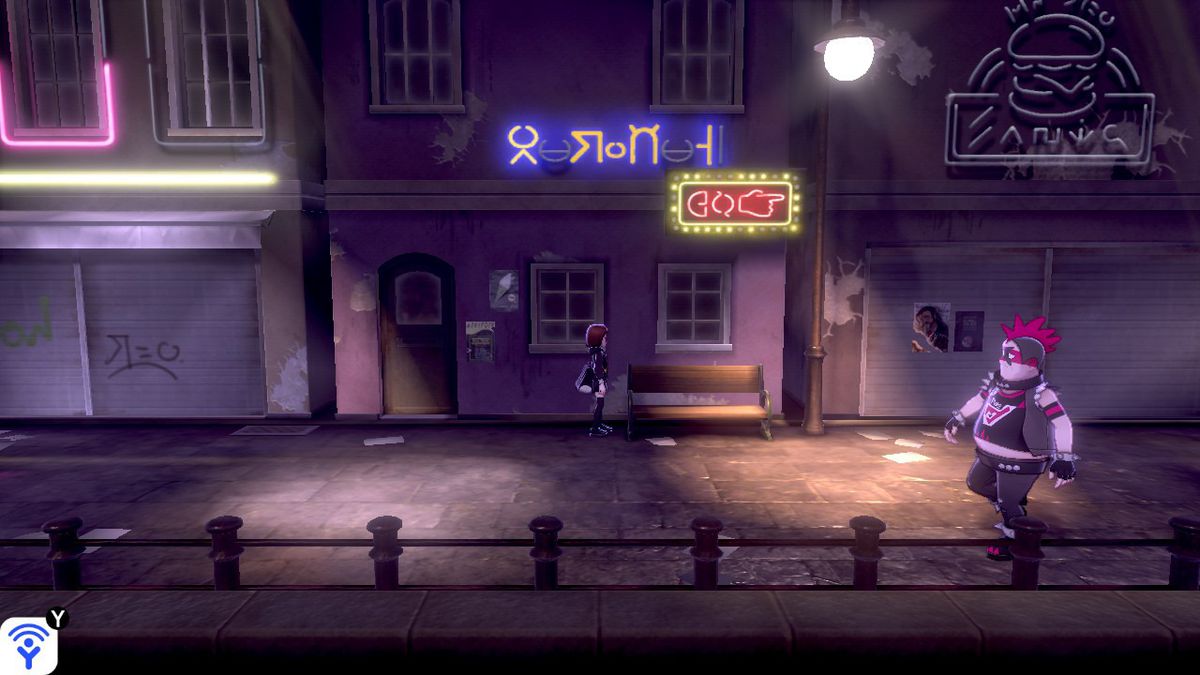 Spikemuth is dark, with half-lit neon signs. Movement is effectively limited to a single hallway. The first thing you see is a glowing Pokémon Center, but that’s the only building you can enter. From there, you head straight down the main road and take on Team Yell enemies as you approach the outdoor Pokémon gym. In Spikemuth, I feel like I’m transported into a side-scrolling beat-’em-up, like Konami’s 1980s Teenage Mutant Ninja Turtles arcade game. The environment — a straight shot with a static camera, dodging barrels and disappearing behind walls — is enough to evoke an entirely different genre. Spikemuth continues like this until you enter the Pokémon gym, which is essentially a gated basketball court with a stage. There are no puzzles, as seen in other gyms, and gym leader Piers won’t Dynamax his Pokémon either.

While other towns, ones that hew closely to previous Pokémon games, have plenty of characters to interact with, shops to explore, and houses to enter, Spikemuth has only the Pokémon Center and a few Team Yell members strolling around. I almost didn’t believe that this was the entirety of what Spikemuth had to offer; I queued up at doorways, thinking I’d missed spots that would open up the world. Of course, I never found them. Spikemuth is an idea that’s more interesting than the execution. 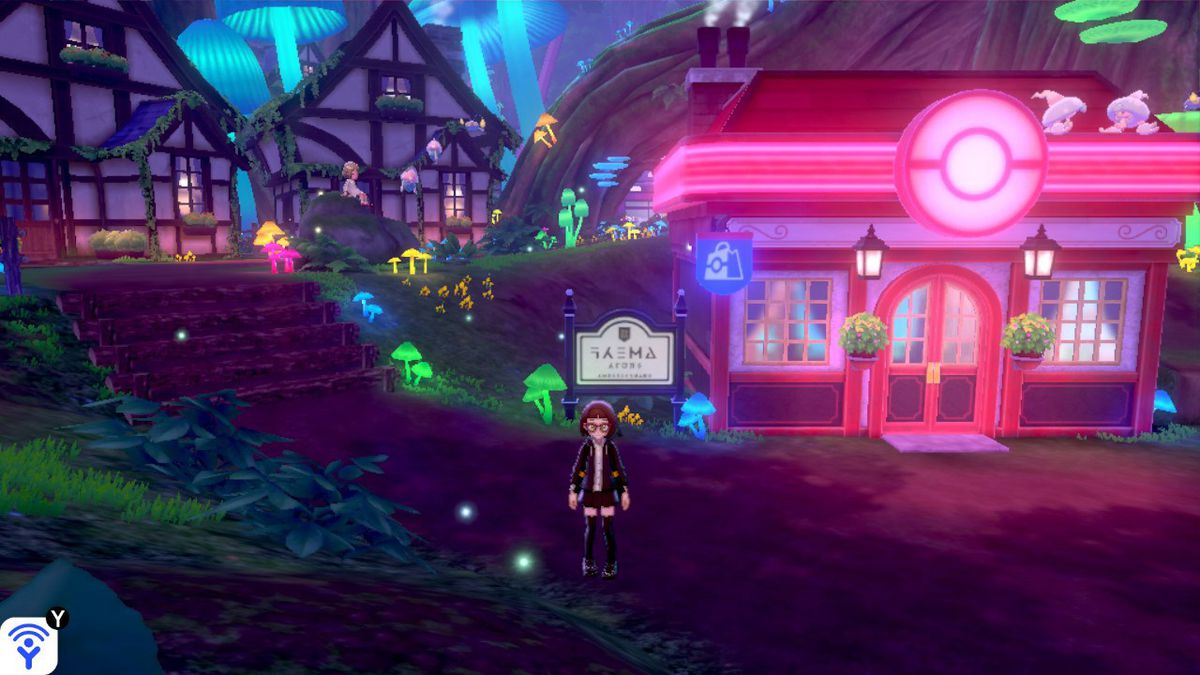 Unfortunately, Spikemuth isn’t Sword and Shield’s only throwaway town that should have defined the game. Ballonlea, home to gym leader Opal, is visually stunning — the whole city glows. Bright green, yellow, and pink mushrooms line the city’s streets. Fairy Pokémon float through the air, their sounds punctuating the town’s lively music. The world reacts to you as you pass by.

Unlike Spikemuth, there are a couple of houses to center, as well as a freestanding Pokémon gym with a more engaging battle. Thankfully, players are fed into Ballonlea from the Glimwood Tangle, previewed ahead of Sword and Shield’s release, which is stunning in its design — a route-like maze where fairy Pokémon hide in tall grass. Ballonlea’s intrigue ends there, which is a shame, because I can’t get over how much I want to live there.

I just wish Sword and Shield would let me do more than just rush me through. The whole idea of Sword and Shield and its newly introduced Wild Area is that it’s a full world, bigger than any other single environment created in Pokémon. There’s so much to do within the Wild Area, which leaves the smaller cities and towns feeling like an afterthought — like they’re stopgaps when they should be destinations.