Crown Zenith signals the end of an era for the Pokemon TCG, a special set to celebrate the Galar region with some fun and fancy art of your favorite Pokemon. This special expansion includes new and powerful VSTAR and VMAX Pokemon, Radiant Pokemon, and signed Trainer cards.

Some of the best and most interesting cards released in Crown Zenith are Dark-type Pokemon. With Pokemon like Absol, Hoopa, and Hisuian Samurott among their ranks, these Dark-type Pokemon feature powerful abilities and attacks, as well as some fantastic artwork. 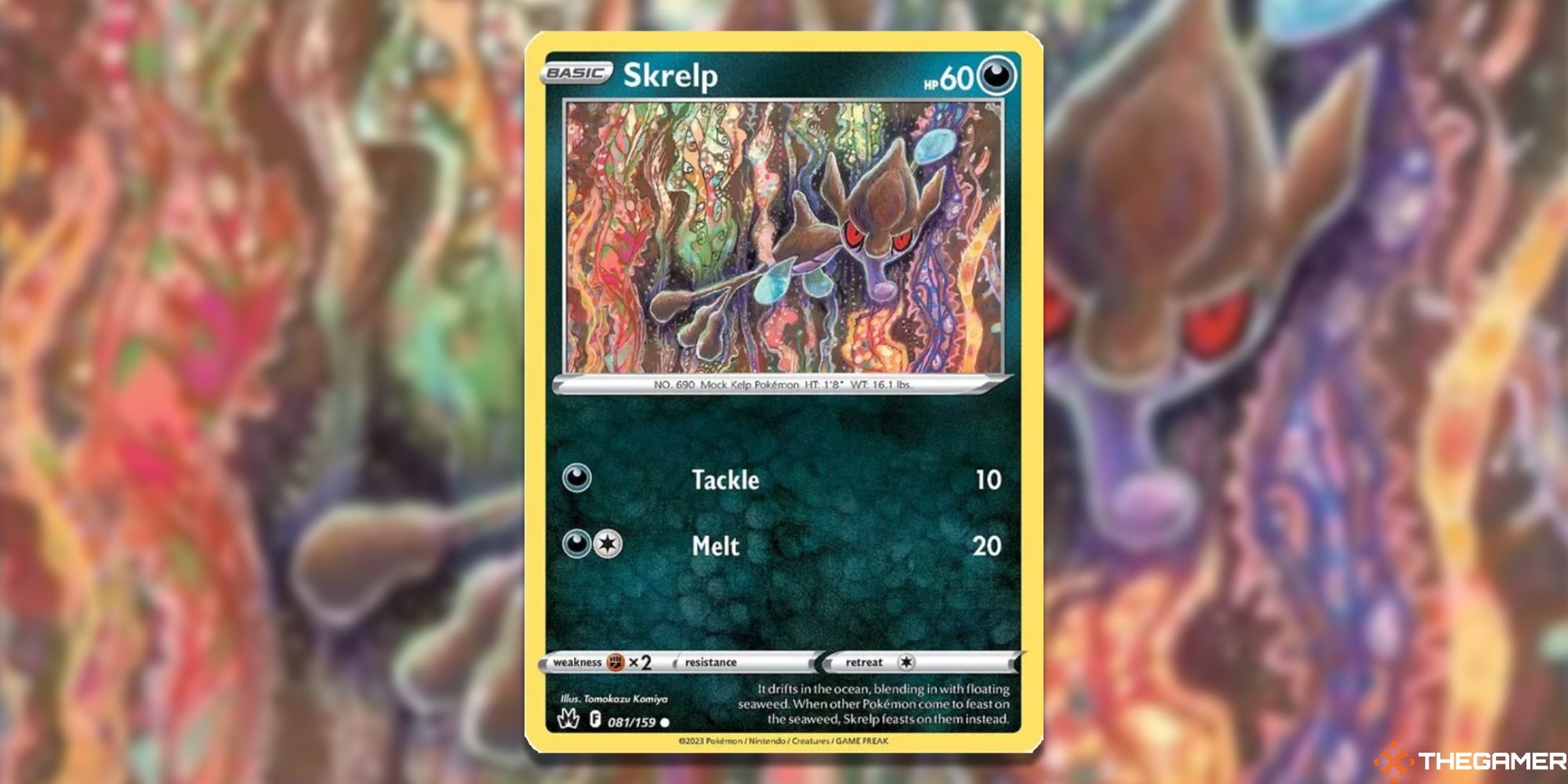 Look at this little cutie, sitting at a respectable 60 HP for a basic Pokemon, Skrelp is a great start if you’re playing its evolved form, Dragalge.

While its attacks might not be much to speak of at first, it can put up a fight if needed with a cheap one-energy attack in Tackle, and a two-energy attack with Melt. 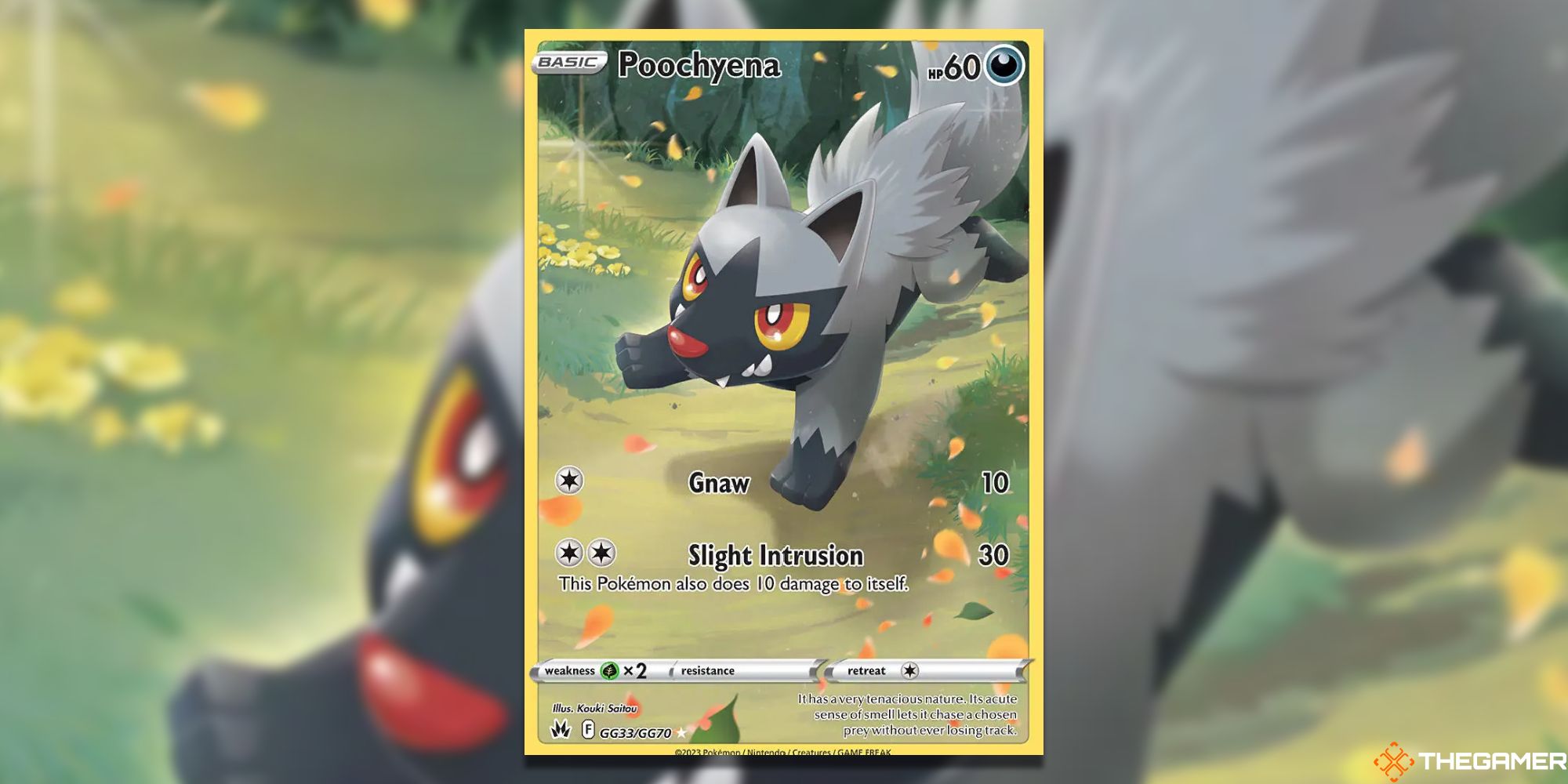 While Poochyena might be one of the weakest Dark-type Pokemon in Crown Zenith, its art more than makes up for it.

This happy-go-lucky little puppy is just living its best life, just enjoying the summer day and having a good time. The card might not be particularly good but the art is a collector’s dream. 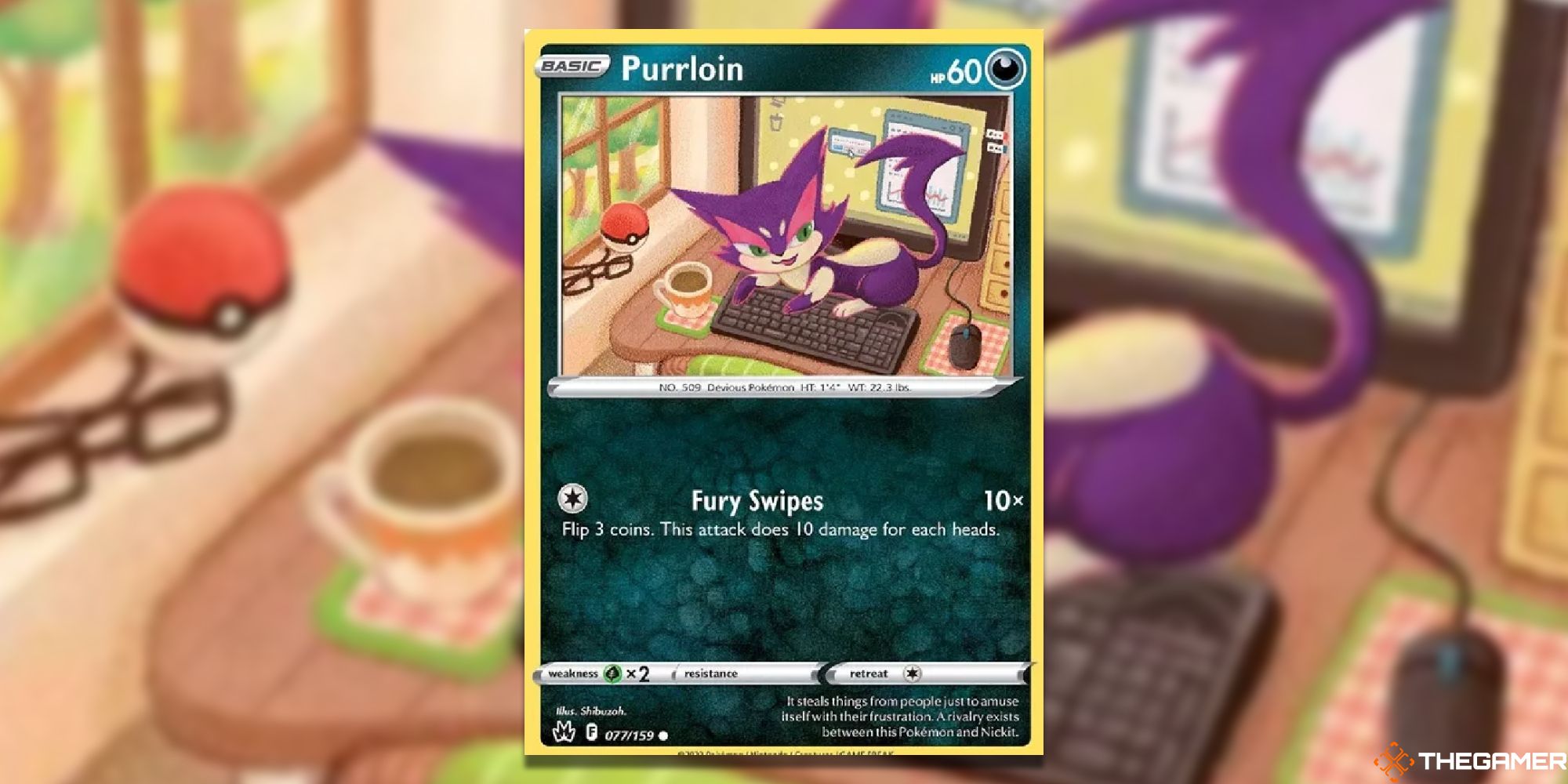 Perhaps the cutest art from all the Dark-type Pokemon in Crown Zenith, Purrlion is the epitome of cat-like behavior. Laying on the keyboard, messing up all your work, and eyeing that mouse it wants to throw off your desk.

This card is fairly versatile too, with its attack it can deal up to 30 damage if you flip your coins well. 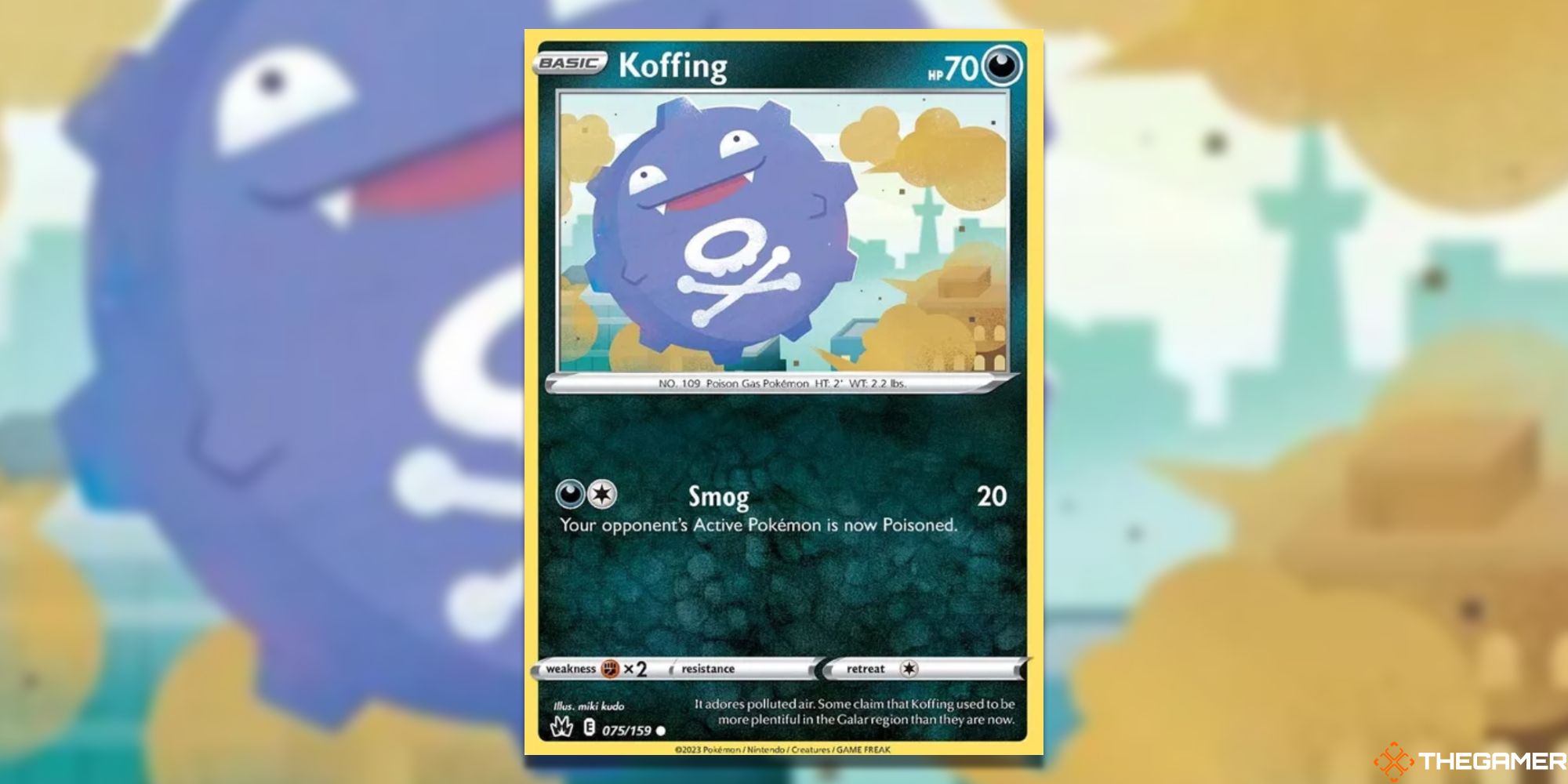 A Poison-type Pokemon that's been passed between Grass, Psychic, and Dark in the TCG, Koffing has been through a lot of different TCG typings since the first generation.

Basket Crash can get rid of some pesky Tools that your opponent might have in play which is nice. In a pinch this Samurott can dole out an impressive 180 damage with Shadow Slash, but does require you to discard an energy from it. 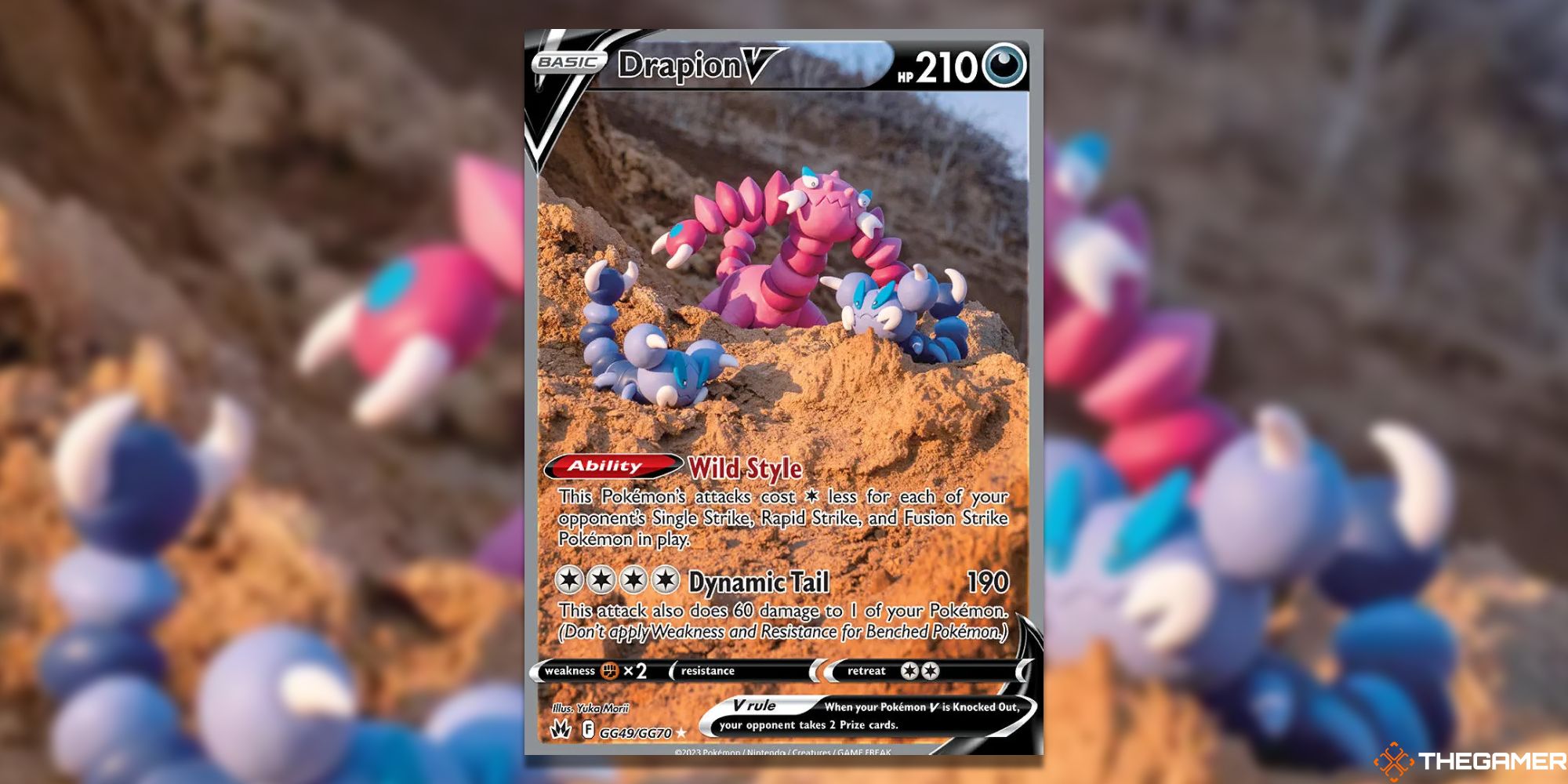 The extremely talented clay modeler Yuka Morii returns with a wonderful illustration of Drapion hanging out with a few Skorupi in the sand.

The illustration alone is enough to make it one of the coolest cards in Crown Zenith, and with the potential to get a free attack with its ability Wild Style, Drapion V is a great card for collectors to look out for. 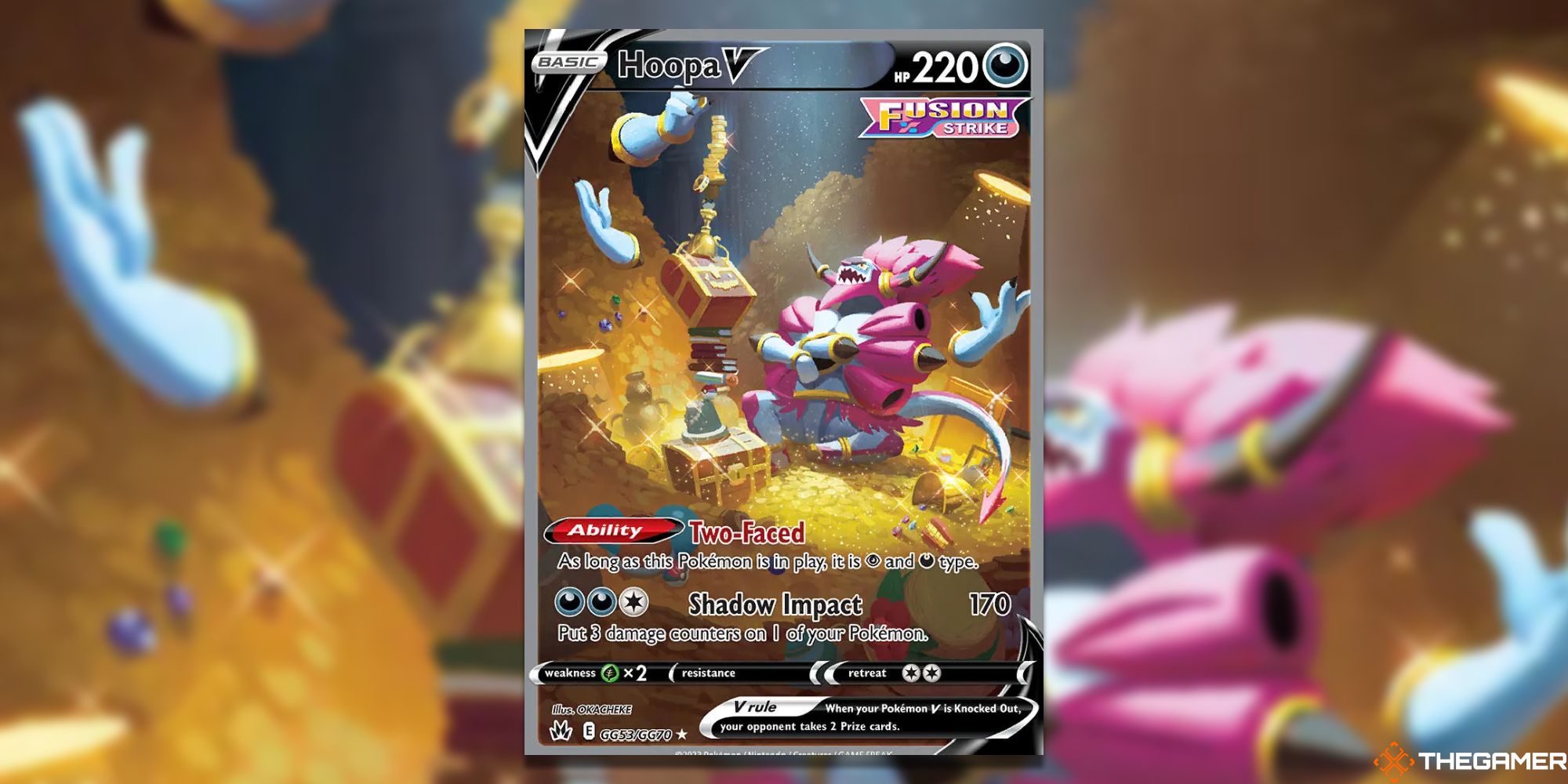 This Fusion Strike Hoopa comes with a neat ability called Two-Faced that makes it both a Dark and a Psychic-type, helping it deal extra damage to other cards that would be weak to those types.

Its only attack, Shadow Impact, deals a high amount of damage but does have a significant drawback of putting three damage counters on a Pokemon you control making it a little tricky to work with but still a powerful V Pokemon. 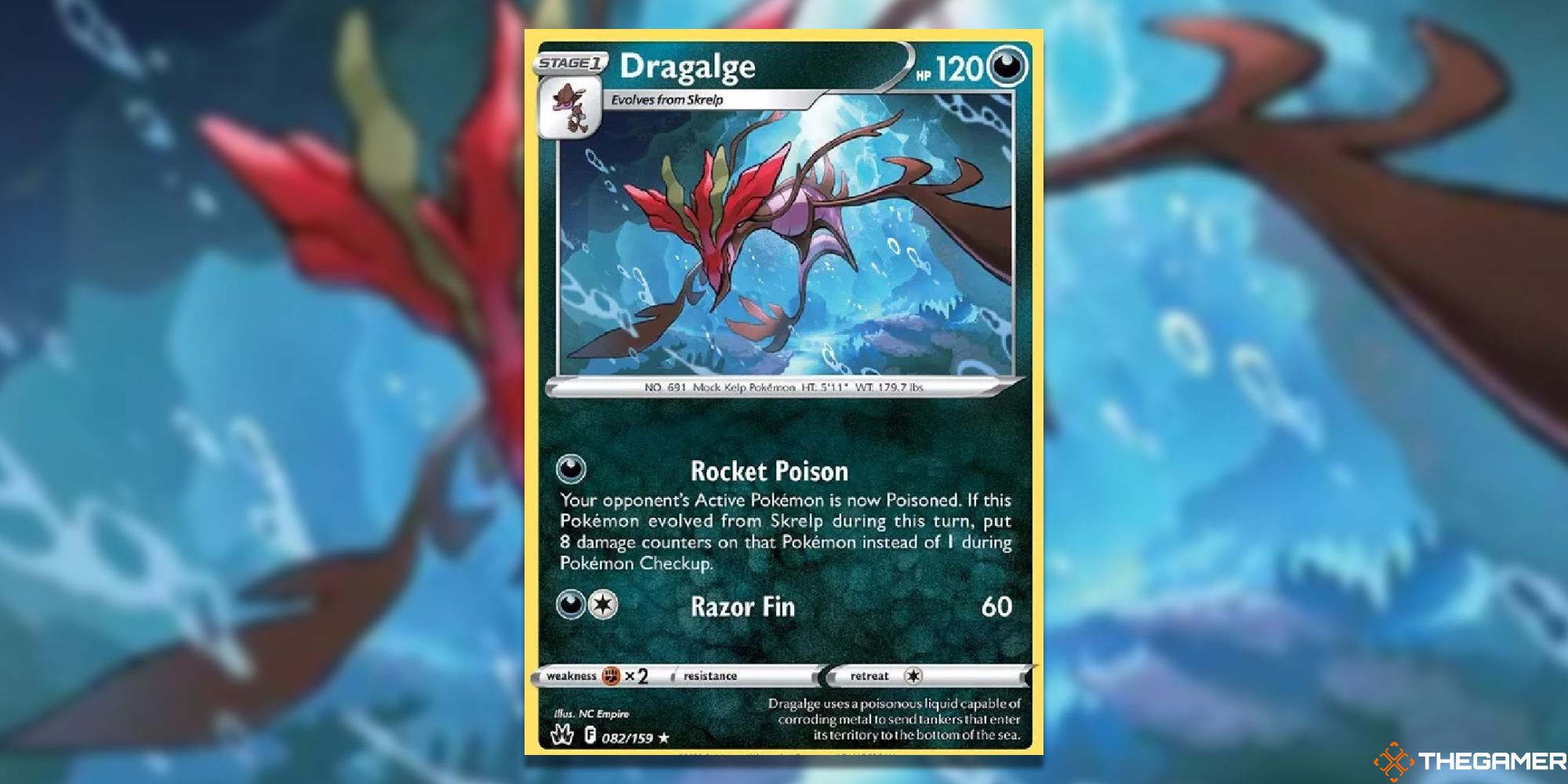 This Rare card can deal some intense damage and keep damaging your opponent’s Pokemon over the course of several turns. 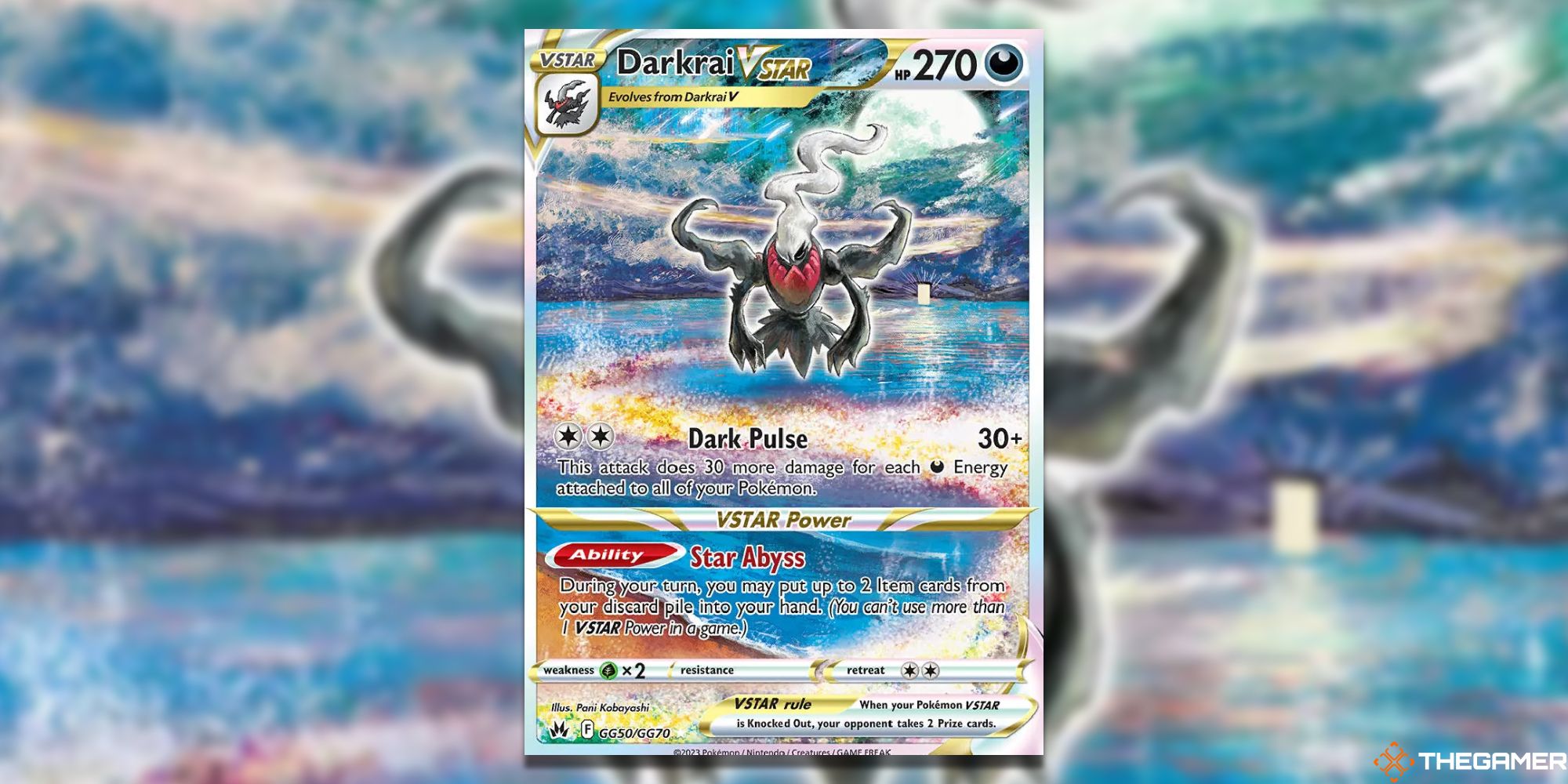 Darkrai VSTAR is a card that can quickly ramp up damage the longer the game goes on. With plenty of Darkness Energies attached to your Pokemon, Darkrai VSTAR can easily deal upwards of 150 to 180 damage without much other investment.

Its VSTAR Power, Star Abyss, can return two items from your discard pile back to your hand, and with cards like Dark Patch you can return discarded Darkness Energies to keep your damage output high. 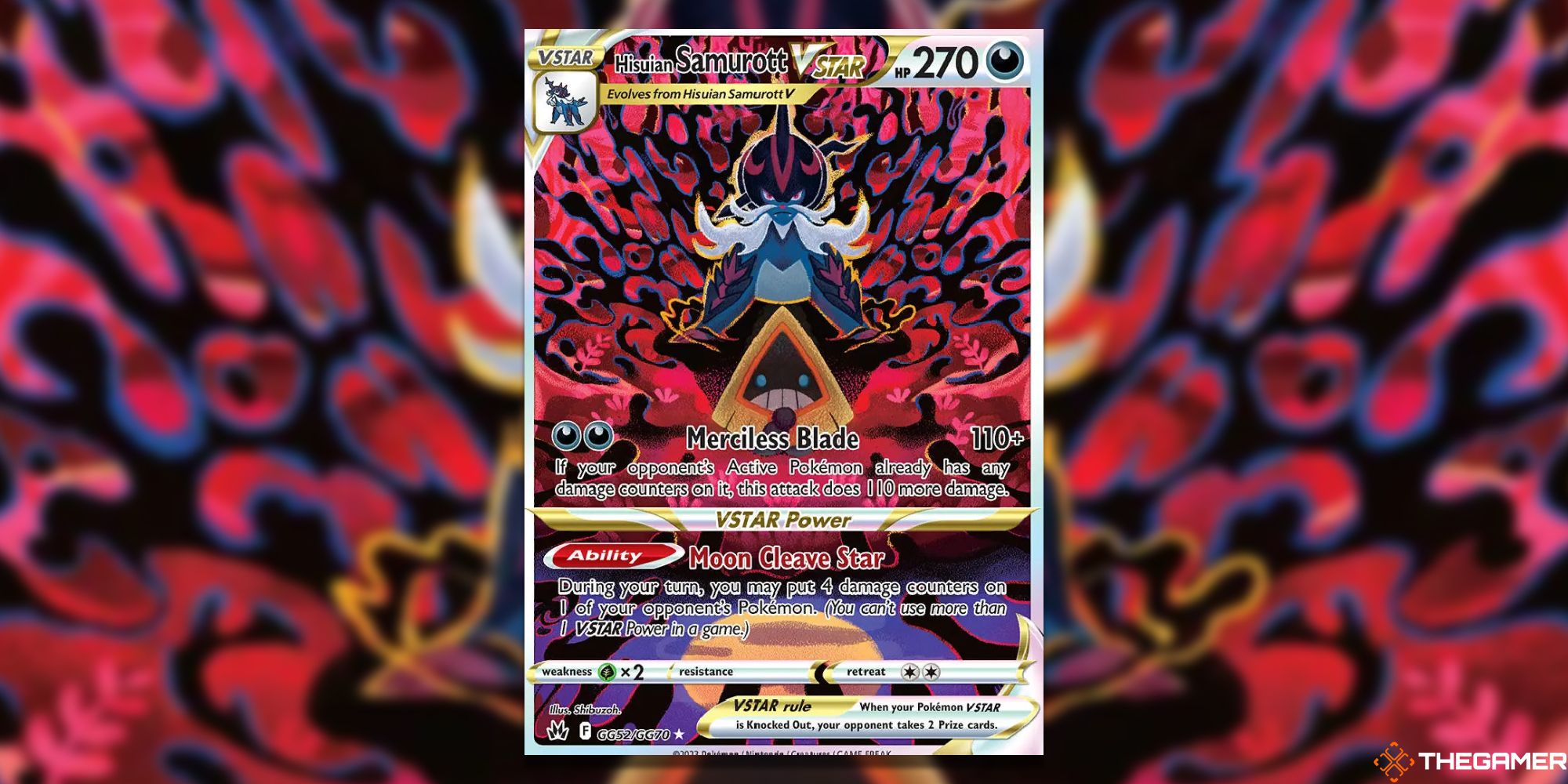 The VSTAR Hisuian Samurott has only one attack for two Darkness Energy but with that attack, it puts out an impressive amount of damage. If your opponent’s Active Pokemon has any damage on it already it can deal up to 220.

Its VSTAR Power, Moon Cleave Star, places four damage counters on one of your opponent’s Pokemon, helping Hisuian Samurott deal a maximum of 260 damage on its own.