PS Plus Free Game BONUS: A PS4 download for Apex Legends you don’t want to miss 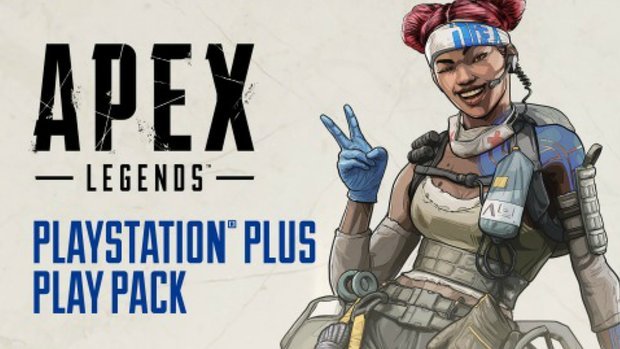 But we strongly advise picking this up sooner rather than later. We’re not messing around.

Why? Well because it’s not going to be available forever, and as a matter of fact it seems as though the pack may have replaced the existing Apex Legends PS Plus pack that was previously available to redeem.

• Read More – Don’t Forget to Download Overcooked! and What Remains of Edith Finch on PS Plus in May

That pack, released back in March, contained “two PlayStation-themed weapon camos for the Flatline and RE45” – a nice little start to the collection of many, many skins for the heroes and guns in the game.

On top of this, it also had exclusive character colours and banners for playable characters Gibraltar and Bloodhound.

This doesn’t appear to be available on the PSN store from what we can see.

So in short. If you play Apex Legends on PS4 and want some cool free stuff, grab it now, because it won’t be around forever. 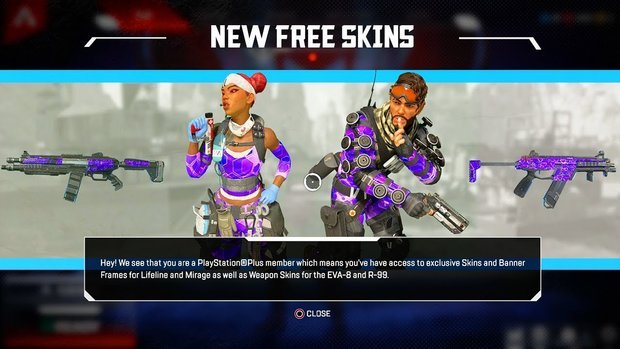 In other news for Apex Legends fans, there’s a major new update coming to the game “early next week” although from the May 17 Reddit post it’s unclear exactly when that will arrive.

It could be Monday, May 20 or Tuesday, May 21. You can be sure we’ll be updating you on details when it does arrive, mind.

On top of simply announcing that the update is coming, Respawn has provided some patch notes to outline some of the major changes the game will see introduce.

It’s unclear if these are the only changes and patch notes, or if other fixes are also on the way. Either way, you can find a full breakdown of those changes just below.

One of our biggest issues to tackle was improving the audio performance to address issues reported of sounds dropping out, sounds missing for extended time, or distortion for a period of time. We have made improvements both in our code and with our content that will hopefully fix these issues for many players, and for others, at least lower the amount and length of time they encounter audio issues.

We have also addressed some of the other mix issues with the game, including increasing the volume of close proximity enemy footsteps and lowering the overall volume of the game from the character select screen to the end of the drop sequence. We will continue to monitor mix issues and address them as necessary. Below are the notes of improvements we’ve included in today’s patch and we’re continuing to work on future improvements.

FIX FOR LIFELINE “PICK ME UP” BANNER BUG ON PS4