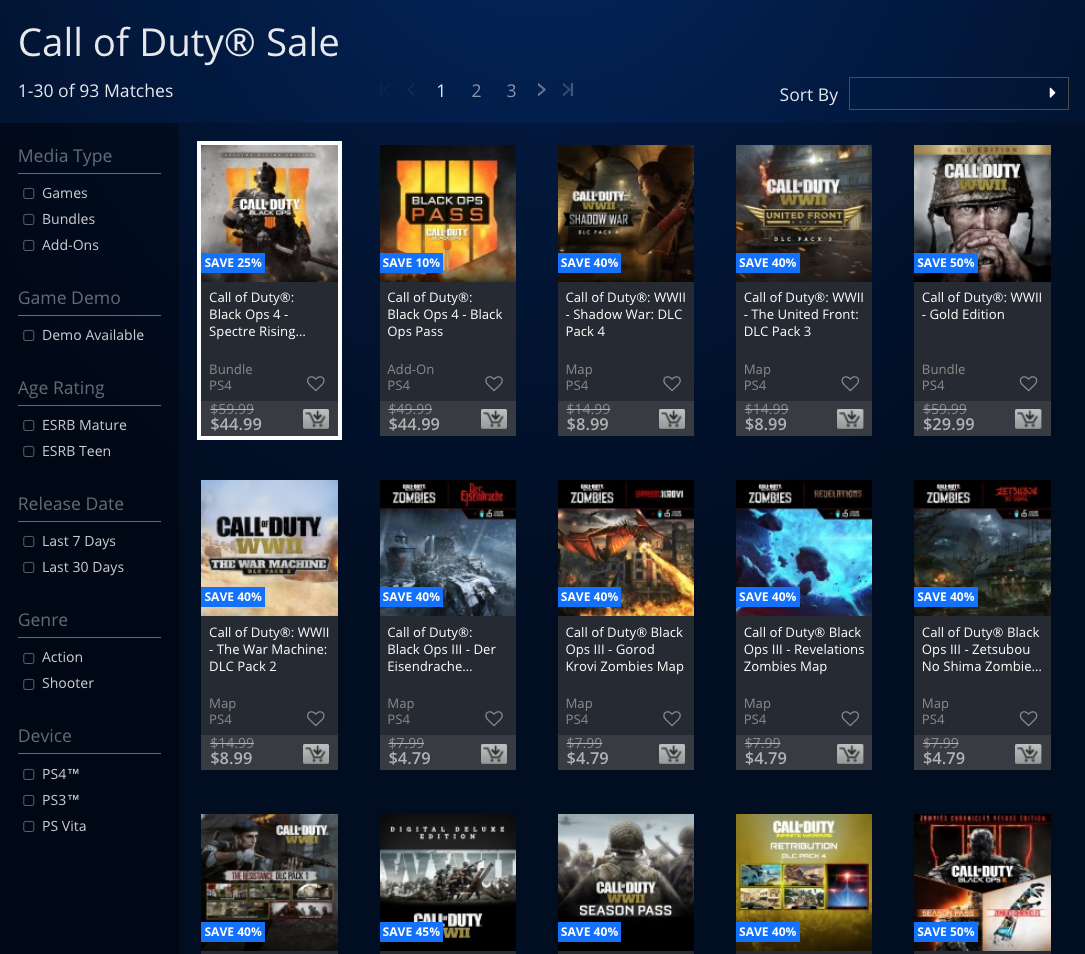 On top of this discount PS Plus members can also save an extra 10%.

And given you need a PlayStation Plus subscription for Call of Duty’s online multiplayer, it makes sense to ensure you buy any of these games with a valid PS Plus subscription because you’ll both save money and need it anyway.

The only bad news is that currently this offer only seems to be available on the US PSN Store.

That being said, those in the UK and other territories can still take advantage of the sale by signing up for a U.S. PlayStation Network account – it’s much easier than you think.

In fact, Push Square has a great guide to help you create a US PSN Account on PS4.

It’s especially handy if you want to read a step by step guide to help you through the process.

What is PlayStation Plus?

Here’s what you get:

More important than any of that is the fact Sony give away 24 PS4 games a year, completely free.

So, when you think about it, signing up to PlayStation Plus is a bit of a no-brainer, really.

What are the FREE PlayStation Plus April games?

In April 2019, players can download Conan Exiles and The Surge. Read on for more info on each of these titles.

Conan Exiles is an open-world survival game set in the brutal lands of Conan the Barbarian. Survive in a savage world, build your kingdom, and dominate your enemies in brutal combat and epic warfare.

Start with nothing but your bare hands and forge the legacy of your clan, building anything a small home to gigantic fortresses and entire cities. Wage war using swords, bows, siege weapons, and even take control of giant avatars of the gods and lay waste to enemy cities.

Explore a vast, seamless world full of challenge and opportunity. Hunt animals for resources, slay monsters for treasure, and delve deep underground to discover the secrets of ancient civilizations.

Conan Exiles can be experienced in both local single-player and in persistent online multiplayer.

The Surge – 73 on Metacritic

Welcome to CREO, the megacorporation saving our world! A catastrophic event has knocked you out during the first day on the job… you wake up equipped with a heavy-grade exoskeleton, in a destroyed section of the complex. Robots gone haywire, insane augmented co-workers and rogue AI – everything wants you dead.

Defy deadly enemies and huge bosses in tight, visceral melee combat. Target and slice specific limbs off your foes, with a next-gen loot system where you loot what you dismember! Equip, upgrade and craft new weapons and armors sliced from enemies, and make yourself stronger through a fresh take on leveling-up.