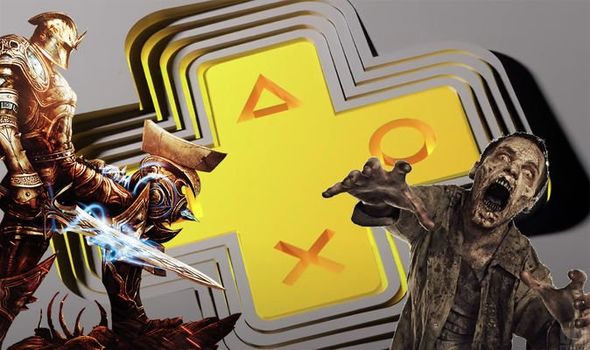 UPDATE 2: First Class Trouble has been officially confirmed as a PS Plus title for November 2021.

Confirming earlier leaks, social deduction game will be available for PlayStation Plus subscribers from November 2 until December 7.

Surprisingly, Sony didn’t reveal any additional titles for PS Plus in November, although fans can expect an announcement soon.

With First Class Trouble leaked ahead of the event, it’s likely Knockout City and Kingdoms of Amalur: Re-Reckoning and The Walking Dead: Saints & Sinners will also join the line-up as expected.

Sony is expected to make the announcement official on October 28, although the reveal time is currently unknown.

UPDATE: It’s possible some of the PS Plus free games have leaked ahead of schedule.

If the latest reports are true, then the November 2021 PS Plus games include

ORIGINAL: The PS Plus free games are about to be revealed for November 2021.

The next batch of PlayStation Plus free games include one PS5 release, two PS4 titles and three PSVR downloads.

If Sony sticks with its traditional PS Plus schedule, then the November 2021 free games will be revealed at 4.30pm BST on October 27.

The games will be available to download less than a week later on the morning of November 2.

One possible spanner in the works is this week’s State of Play event, which takes place at 10pm BST UK time.

Previous State of Play conferences have included PlayStation Plus announcements, so it’s possible Sony will withhold the announcement until then.

Interestingly, the November 2021 free games haven’t leaked at the time of writing, but that could change in an instant.

If you want the latest news, then bookmark this page and keep checking back on October 26 for all the latest PS Plus updates.

Without any leaks to speak of, fans have been predicting the November PlayStation Plus line-up on Reddit.

Multiple fans believe Nier Automata will join the PlayStation Plus line-up in November.

Over on the PS5, launch title Godfall is a popular choice on the predictions thread, alongside Star Wars: Jedi Fallen Order, Observer System Redux, Dirt 5, and The Medium.

As for the PlayStation VR freebies, Walking Dead Saints and Sinners, Blood and Truth and Everybody’s Golf are all popular picks.

Some fans are desperate for Beat Saber to make an appearance, while Batman Arkham VR also gets a few votes.

While we wait for the new PS Plus games to be revealed, fans can download the October batch of PS4 and PS5 releases.

If you want to download the October free games – and be ready for the November giveaway – then it’s worth heading to ShopTo.

The UK retailer is currently selling 12-month PlayStation Plus subscriptions for just £41.85, compared to £49.99 on PSN.

As a digital membership, the PS Plus subscription will be delivered immediately, which means you can use it to bag the latest batch of free PlayStation Plus games.