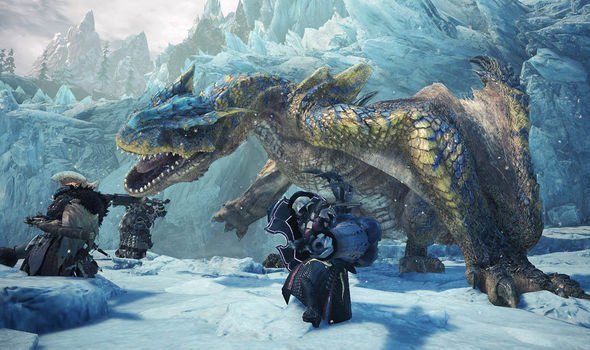 The beta offers players three quest choices, including the beginner-friendly Great Jagras hunt from Monster Hunter: World for newcomers, the brand new horned brute wyvern Banbaro for an intermediate challenge or returning series favorite Tigrex for the fiercest of hunters.

The beta will let players test out all 14 weapon types in any of the three quests and the training area.

The weapons include new features plus there are new Slinger tool options such as the Clutch Claw grapple mechanic.

Upon completing each quest for the first time, hunters can earn a total of three item packs containing helpful consumable items that will be available to use in the full version of the Iceborne expansion when it releases.

With more monsters and game info to be revealed, this is just the tip of the Ice-borne!

In the month of June 2019, PS Plus users can download two rather excellent games. Here’s a closer look at both of them, coming to PlayStation Plus next Tuesday:

The blue blur returned in style in 2017 with this lovingly crafted throwback to the Sega icon’s 2D side-scrolling roots, tailor-made to put an ear-to-ear grin on the faces of the Sonic faithful.

You know the drill: Sonic, Tails and Knuckles face off against their old nemesis, Dr Eggman, across a mix of brand new zones and re-imagined classics. Expect lightning-fast left-to-right platforming thrills, countless collectibles, hidden areas, and both competitive and cooperative multiplayer modes for two players.

Getting excited for the freshly announced Borderlands 3? Now’s the time to revisit Borderlands 2 and Borderlands: The Pre-Sequel, and get up-to-speed with Gearbox’s fan-favourite loot-focussed FPS series.

Not only does The Handsome Collection include all DLC for both titles, enhanced local multiplayer and remastered visuals, but if you played either title on PS3 your game save will carry over so you can pick up where you left off (see here for more detail on this feature).