With 2019 now a distant memory (or at least it will be once the New Year’s Eve hangover goes away), gaming fans can start to get excited about the prospect of the PS5 and Xbox Series X in 2020. Both next-gen consoles have a late 2020 release date, which means we’ll be playing cutting edge video games come Christmas.

With official gameplay videos still largely under lock and key, fans have been given a tantalising glimpse of what next-gen consoles could be capable of.

Created using Unreal Engine 4, the video – which can be seen below – gives fans a taste of what the PS5 and Xbox Series X could produce.

With Rocksteady reportedly working on a new Batman game, it’s possible fans could be playing something like this sooner rather than later.

Other rumours suggest the Batman game will revolve around the Court of Owls story arc, and will feature numerous playable characters.

As for the PS5, the belief is still that the console will be officially unveiled in February, followed by select showcases throughout the year as we countdown to launch.

Instead of working at a software level, Cerny confirmed that the console would gave ray-tracing acceleration in the GPU hardware.

The PS5 will also feature a completely redesigned user-interface, where the emphasis will be on seeing your options and instantly joining games. 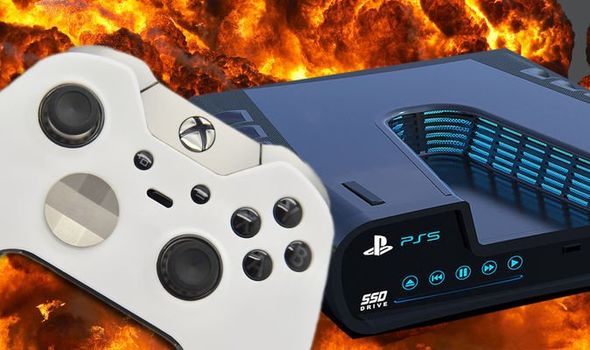 The next-gen PlayStation console will also ship with a brand new DualShock controller.

These controllers will feature “highly programmable voice-coil actuators located in the left and right grips of the controller”, which will provide all-new controller feedback sensations.

The controller will be able to provide different sensations when running in sand compared to swimming in water or moving over a wooden bridge.

The DualShock 5 will also benefit from adaptive triggers, which will greatly benefit shooting games.

Adaptive triggers will provide varying levels of resistance depending on the in-game experience. Tension will increase when firing a bow, for example.