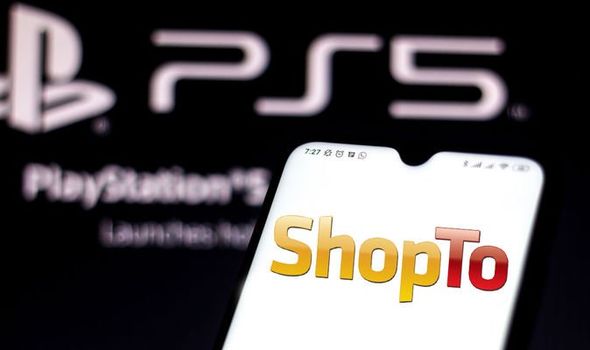 It looks like UK retailer ShopTo may be about to restock the PS5.

The next PlayStation 5 UK restock is tipped to take place at some point later today (March 5).

The UK retailer has reportedly made changes to the website, which has led to speculation that the PS5 is about to go on sale.

“Okay stock has not yet dropped on shopto, they made changes just now on the add to cart which our bots picked up on!” reads a PS5 UK Stock – Instant Updates tweet.

“Nobody has missed out! Keep your eyes on the site just in case!”

It had previously been suggested that there would be no additional PS5 stock drops for the current week, despite earlier reports that Very was about to restock the device.

“There will be no PS5 drops until next week so enjoy your weekend. In other news Sony is planning to release internal NVME memory expansion for the PS5 by July,” reads a PS5 UK Stock – Instant Updates tweet.

While there’s unlikely to be any major stock drops like the recent one at GAME, it’s definitely worth checking some of the smaller retailers for stock.

If you’re still struggling to get hold of a PS5, then it’s worth bookmarking the Stock Informer website, and following social media channels such as Digital Foundry Deals.

Some retailers allow customers to register their interest in the PS5, which should result in alerts when the consoles become available.

Express Online will also provide regular stock updates, so keep checking back if you want to bag a new console.

Anybody lucky enough to get hold of a PlayStation 5 console in March is in for a real treat.

There are already some fantastic games available on the console, including Demon’s Souls, Astro’s Playroom and Marvel’s Spider-Man: Miles Morales.

Housemarque’s Returnal is next in line, launching on April 30, exclusively for PlayStation 5.

The game is described as a roguelike shooter set on a shape-shifting alien planet.

“After crash-landing on a shape-shifting alien planet, Selene finds herself fighting tooth and nail for survival. Again and again she’s defeated, forced to restart her journey every time she dies.

“In this roguelike shooter, both the planet and your equipment change with every cycle, forcing you to adapt your play style and take on evolving challenges.”