PS4 fans have been delivered some shock news with it possible the next Playstation will be getting a surprise boost from an unlikely source.

It looks like 2020 is when the battle for supremacy in the next round of the console wars begins with the Xbox Scarlett confirmed for release next year.

Sony haven’t confirmed when the PS5 will launch but analysts have predicted the successor to the PS4 could get released during 2020.

The PlayStation makers this year revealed the first details on the PS5, which will support 8K visuals, ray-tracing graphics and be backwards compatible.

The PS5 news was revealed during an exclusive Wired interview with PlayStation architect Mark Cerny back in April.

In the aftermath of this interview emerging Sony confirmed that the PS5 would not launch in the following 12 months.

If this happens it would put the PS5 as launching as around the same time as the Xbox Scarlett. 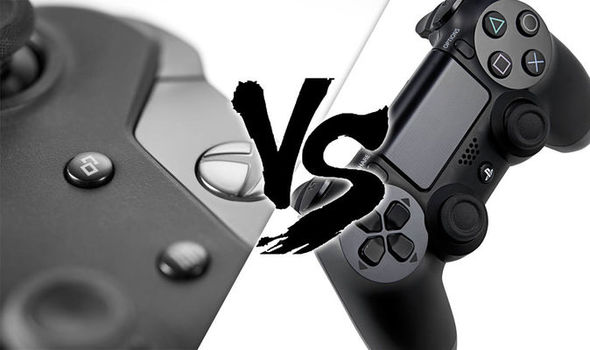 The PS4 has been the biggest selling console of this generation, but it remains to be seen who gets off the block flying during the next-gen.

But as Xbox and PlayStation vie for sales the PS5 looks like it may be getting an unlikely boost – from Microsoft itself.

He said a few years ago Microsoft were interested in bringing the Master Chief Collection to the PS4.

The Master Chief Collection includes all the Halo games that featured on the original Xbox and the Xbox 360.

It does not, however, include the latest entry in the Halo series – Halo 5 Guardians which is exclusive to the Xbox One.

As revealed in a post by Comicbook.com, Moriarty dropped this bombshell during an episode of Sacred Symbols: A PlayStation Podcast.

And he added that he wouldn’t be surprised if Xbox games were released on the PS5 in the next few years.

Moriarty said: “I have it on good authority that Master Chief Collection was being talked about on PS4 years ago. Like, I have that on great authority”.

Having previously exclusive Xbox games on the PS5 would be a huge boost for Sony PlayStation owners and may come as a blow to Microsoft fans.

It remains to be seen if this actually turns out to be the case, but recently Microsoft has been getting closer to its rivals in the gaming industry.

Sony and Microsoft recently revealed a partnership that will see the companies work together on cloud solutions for gaming and streaming.

While there are also rumours that the Xbox Game Pass could be coming to the Nintendo Switch in the future.

• Stay tuned to Express.co.uk for more gaming news and updates