Dogs are the purest creatures in existence and deserve all the love humans can give them. On top of that, they’re some of the cutest animals you’ll ever encounter which is why it’s no surprise that photos and videos of them dominate the internet.

Because of this, it’s only natural that Pupperazzi wants to base its gameplay around taking photos of them. It’s a very lax and colorful experience that has you traveling to different locations to meet various different dogs in terms of breed and style. Still, as simple as it sounds, it’s good to know where to start, so you can go far. 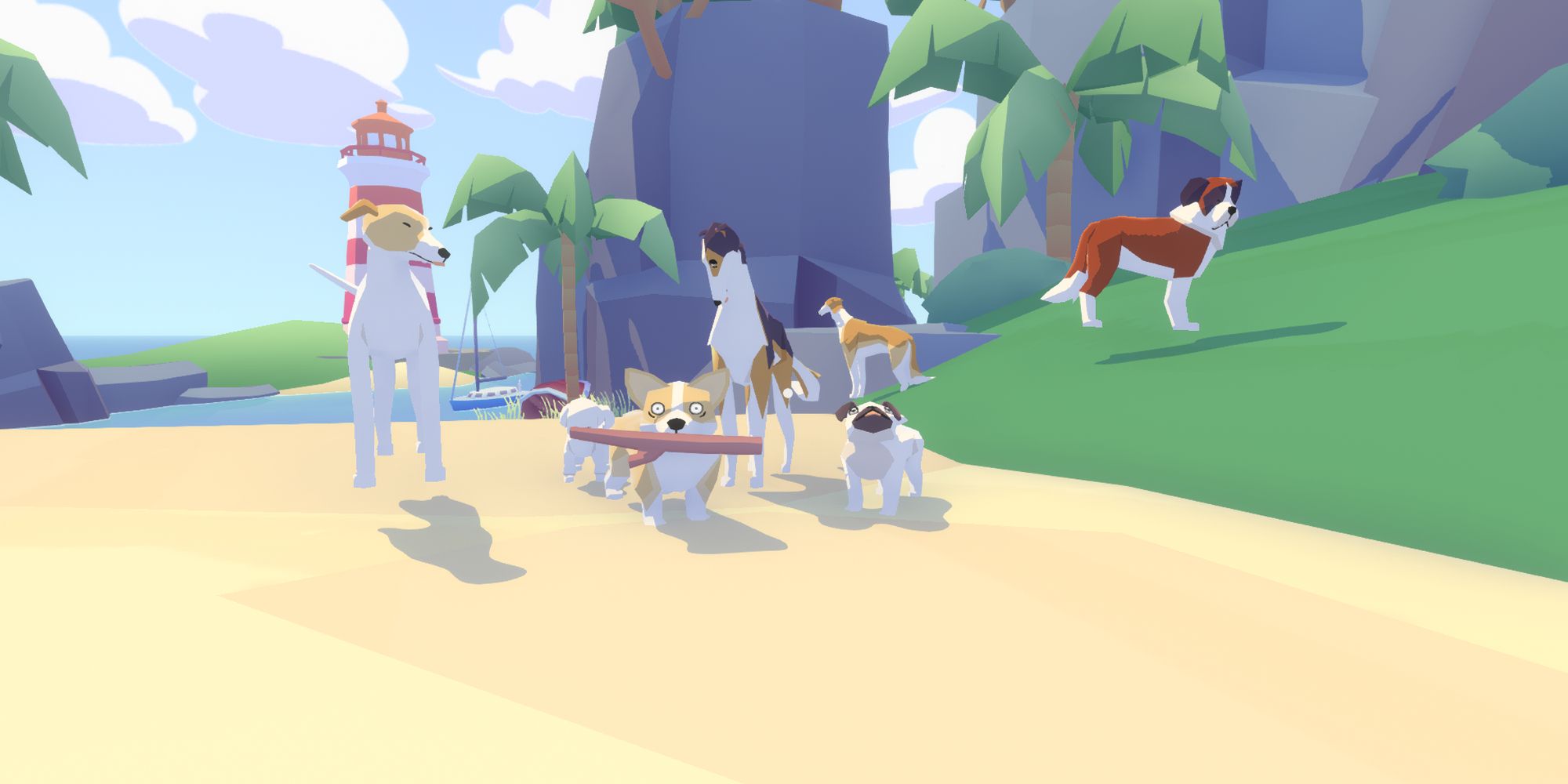 The game puts you in the role of an anthropomorphic camera whose only desire is to build an online presence by taking photos of dogs. No matter what area you’re in, you’ll receive numerous requests from various sources all asking for photographic evidence of something specific. You must complete these objectives and take photos to build your following and unlock new areas. To better get the hang of things, there are steps you can take.

Get A Feel For the Controls 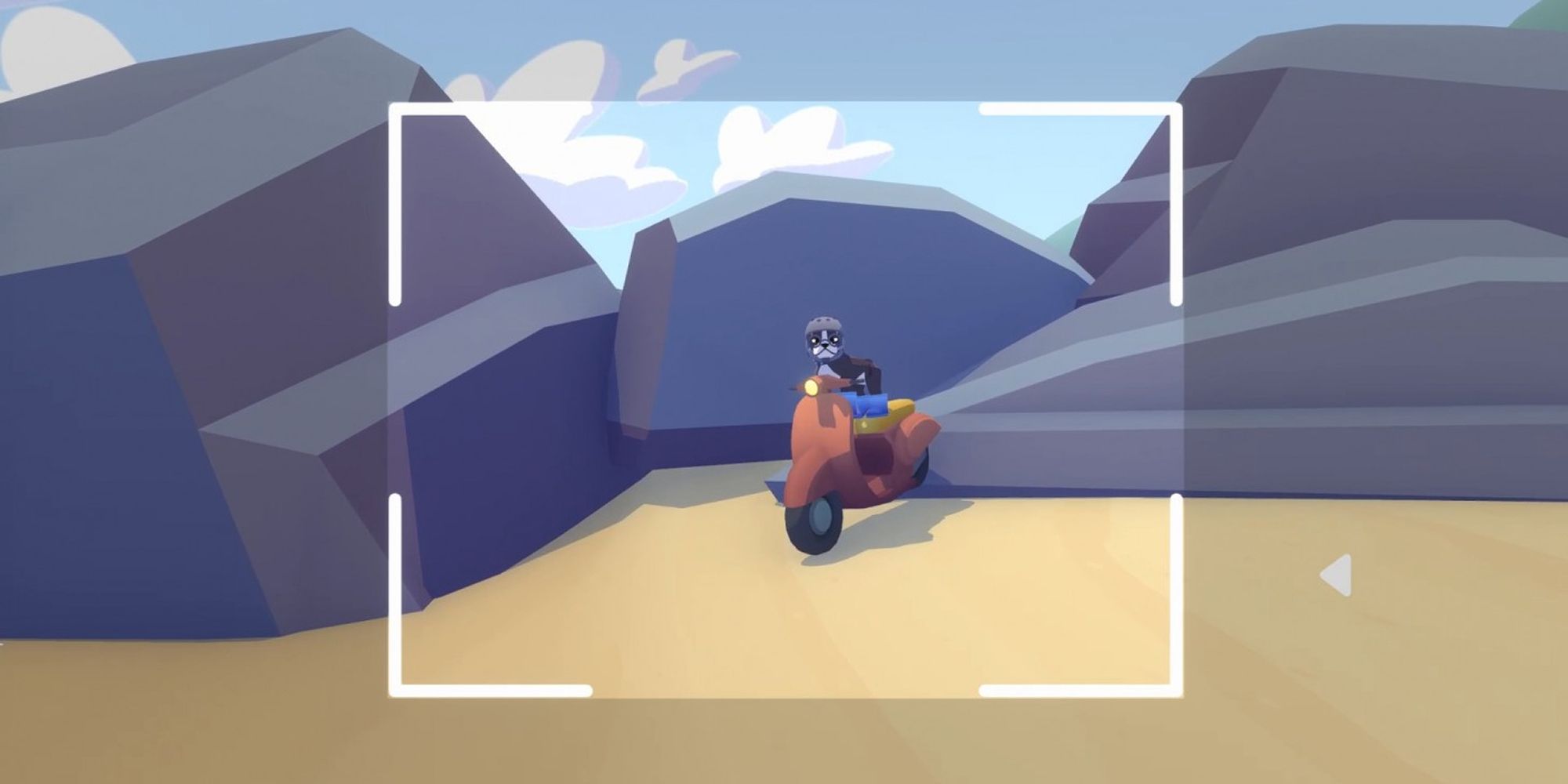 You’re surprisingly mobile for a camera and can build momentum very fast. It feels like friction is non-existent in this universe so spend some time running around to get a sense of the movement. Also, practice jumping to get an idea of the height, so you’ll be able to handle some of the more precise platforming sections.

Pet Dogs To Set Up Photos 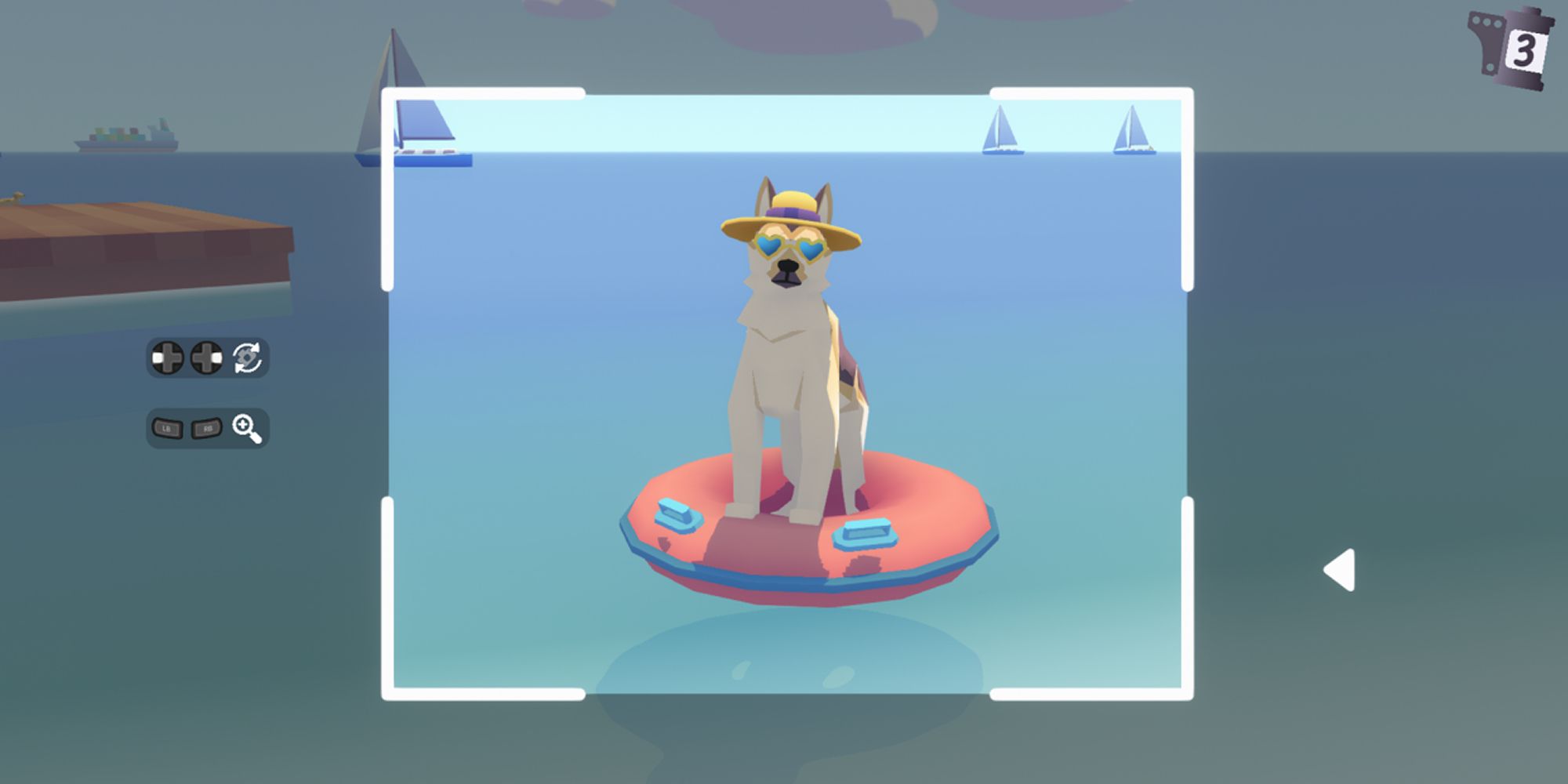 It would be unbelievable if a game about dogs didn't let you pet the dog, but thankfully that's not the case here. Whenever you're in the arm's reach of a dog, you can lovingly pet them on the head upon which the dog will instantly love you as shown by the surrounding hearts. During this time, the dog will happily follow you for a while, and you can lead them to certain areas for more scenic photos or to finish photo objectives. 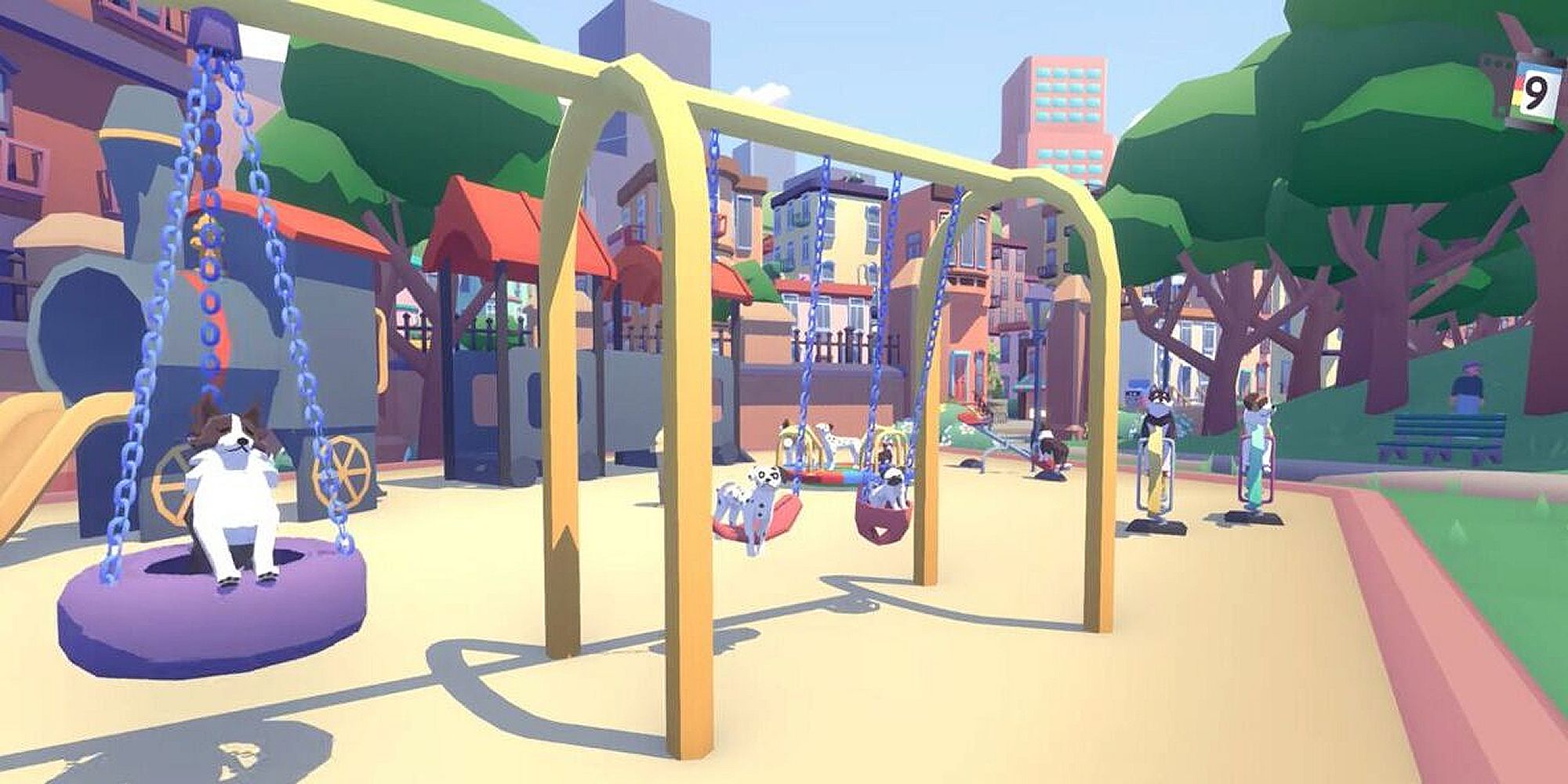 This is a world where dogs definitely outnumber humans who appear as rigid robotic beings wandering about. There will be plenty of opportunities to take pictures of dogs for objectives or just to build followers, but don’t take a picture of every dog you see. You can only post a certain number of times a day, so reserve most of your spots for dogs dressed in cute outfits or doing stuff like eating. Photos of these dogs will net you more followers. 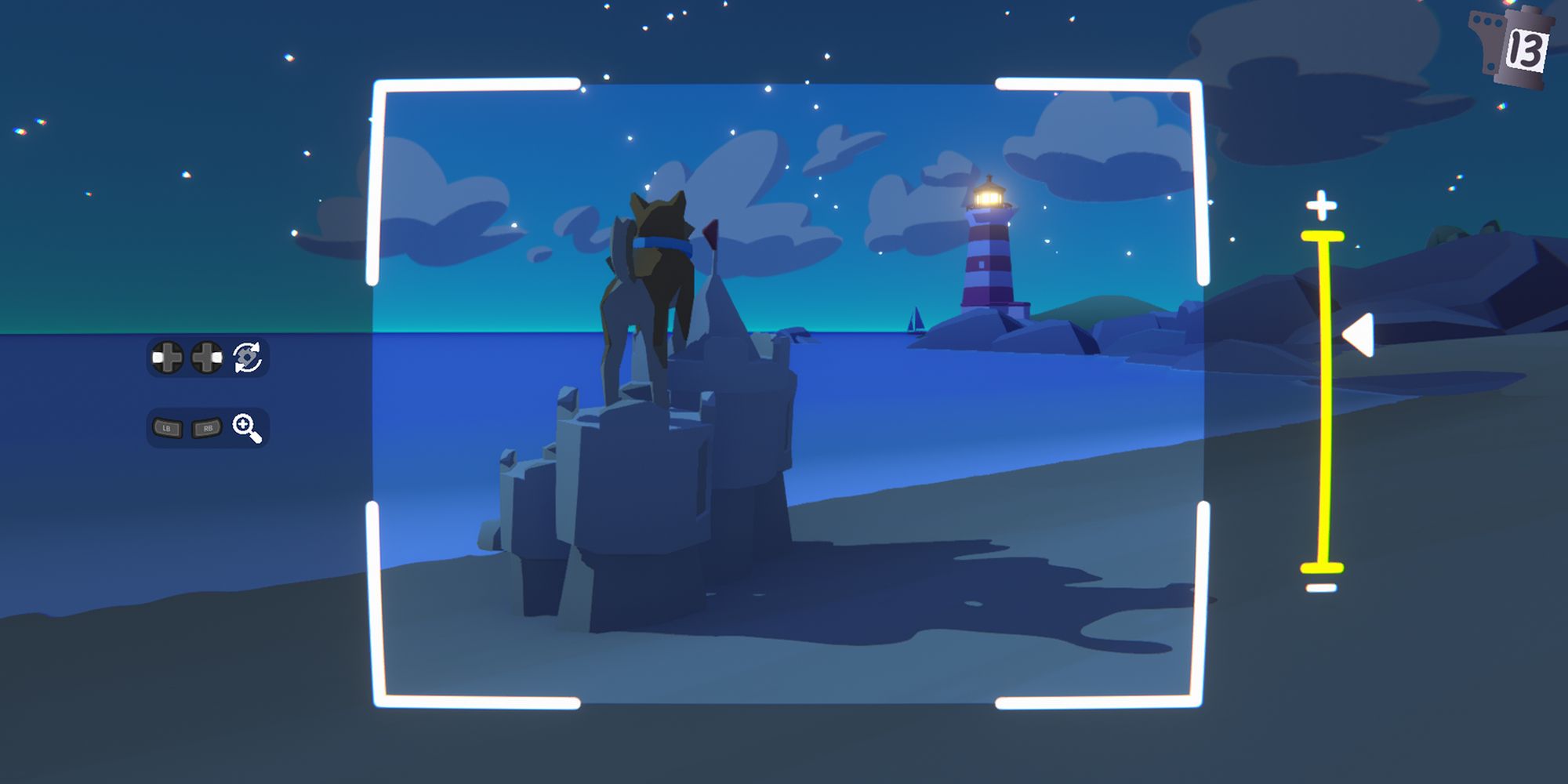 Since the focus of the game is the dogs, there aren’t many collectibles to catch your attention. However, the most valuable are Bonks which look like golden bones. They can be found scattered around areas and earned by completing objectives. They act as the currency in the game that can be spent at the shop on the world map or at vending machines. Though you can earn a lot, many things cost a lot of Bonks. Since items can be found just out in the field, you should save your Bonks for more valuable things like camera lenses, filters, and more film.

Play With Filters And Lenses 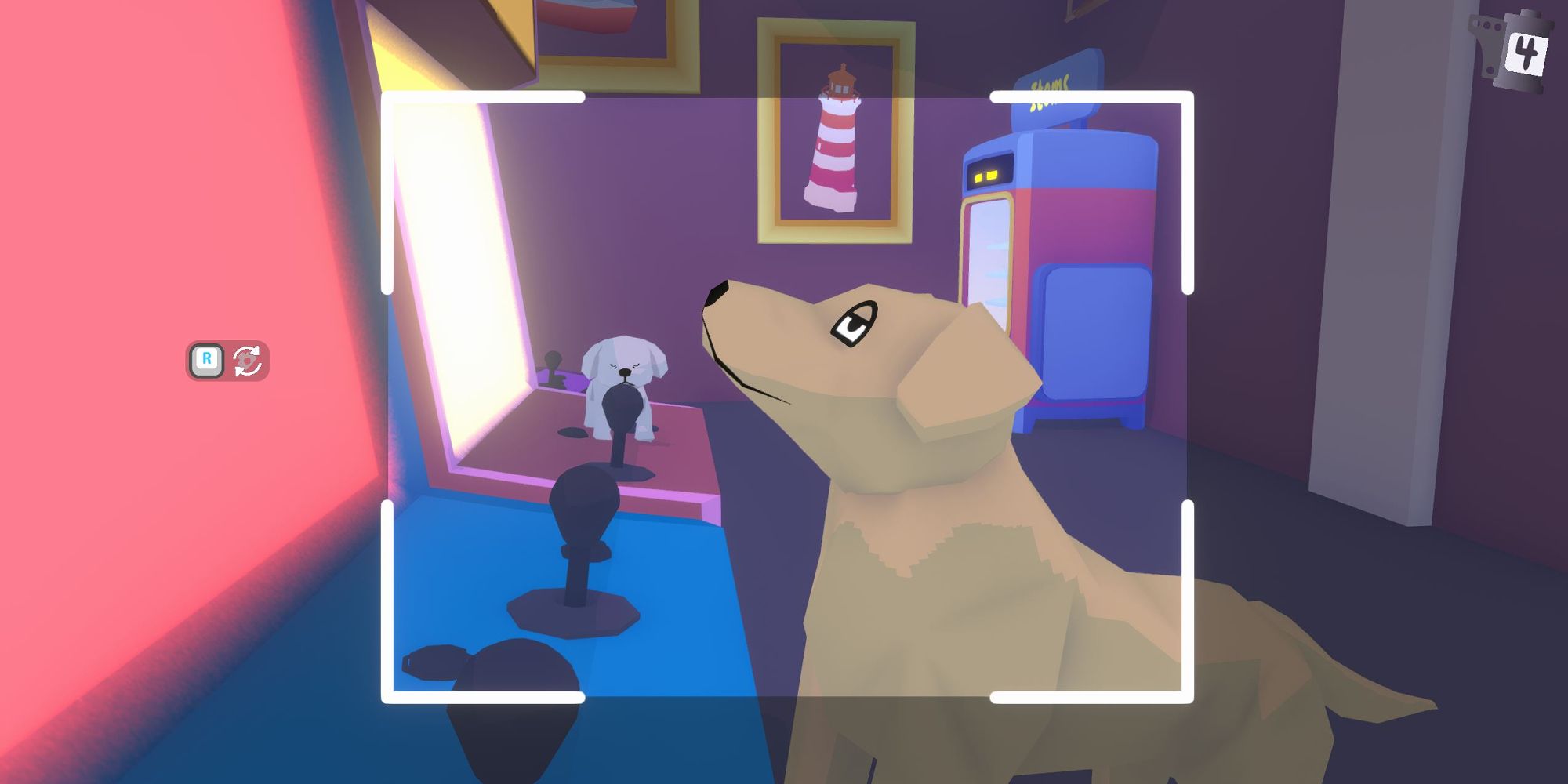 Being a living camera, taking pictures is the whole reason for your existence, so you’ll want to make the most of it. Though you start out with some pretty standard features, you can quickly get new ones like new lenses and different filters. You should buy whatever is available at the time and try out different combinations when taking photos. This will not only make them look cooler but will also earn you more followers.