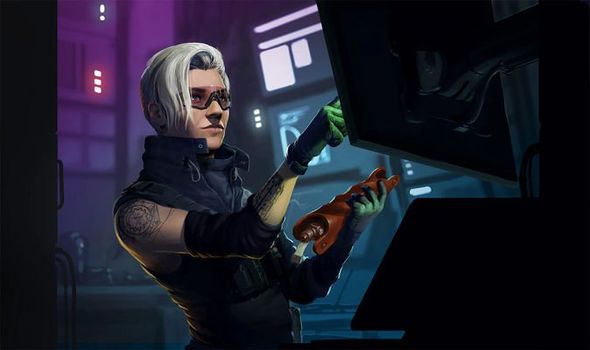 Osa will be the main draw for many fans and is expected to prove very popular as she jumps from the test servers in September. Crystal Guard will also bring exciting new tech to the game, with Osa offering new shield mechanics.

The new attacker will boast a medium level of health and speed, balanced with the transparent and bulletproof Talon-8 Shield that can be carried by Osa or deployed on floors or window frames, giving her a protective line of sight.

Osa offers a standard loadout, with the smoke grenades proving invaluable for those looking to breach in style.

Osa also brings new additions to the Rainbow Six Siege story, with her official biography adding this description: “She followed her passion for creation and technology and studied electromechanics at a vocational school, and then military engineering at the University of Zagreb where she excelled at robotics engineering. She found herself isolated due to her unorthodox approach and others’ attitudes towards her transition, so she focused on her work.

“Her unique perspective and raw creative ability set her apart from her peers and got her the attention of Kali, who was in the country looking for recruits. An offer followed, and Janković joined Nighthaven.

“The company’s success can be largely credited to Osa’s inventions and her field work. Her efficiency and the versatility of her arsenal have given them an edge in every recorded operation, and by proving herself to be a dedicated and reliable asset she earned the choice position of Nighthaven’s head of R&D.”

Ubisoft has also confirmed that several smaller map reworks will be deploying this week, with Bank, Coastline, and Clubhouse being rebuilt from the ground.

The new version of the older maps will emphasise environmental destruction, sound propagation, and lighting. Bank, one of Rainbow Six Siege’s oldest maps, has largely remained untouched over the years. With this season’s changes, all three maps are now in line with today’s technical standards, and Bank has received a full art rework, according to Ubi.

WHEN IS THE NEW SEASON OF RAINBOW SIX SIEGE STARTING?

Ubisoft has confirmed that the new season of Rainbow Six Siege has a release date set for Tuesday, September 7.

The R6 dev team are expected to release the new update in hourly intervals across PS4, Xbox One and PC but have yet to provide a full schedule.

For now, we have not been given a set release for when Rainbow Six Siege – Crystal Guard will be available to play.

More will be revealed in the coming hours by Ubisoft before the next patch is launched, with downtime and maintenance expected to be announced.

Previous R6 patches have gone live in the early afternoon in the UK, with the schedule used for Crimson Heist including PC being updated at 2pm BST, Xbox at 3pm and PlayStation at 4pm BST.

With this in mind, the Rainbow Six Siege Crystal Guard release time is expected to begin around 1pm BST and continue through the afternoon.

The Express Online will be adding the exact times to the top of this article as soon as the new season information has been confirmed.

Crossplay is another exciting update being planned for Rainbow Six Siege, although it won’t be rolling out this week.

On June 30, Rainbow Six Siege launched on Stadia, and from this date, players on PC, Stadia, and Amazon Luna were able to queue for matches together and have unified account progression across those platforms.

It won’t be until early 2022 when players on Xbox and PlayStation platforms will be able to team up and face off as crossplay comes to consoles, and cross-progression launches across all platforms.