As per usual, Rainbow Six Siege season pass holders will be the first to unlock the new R6 operators and gear. 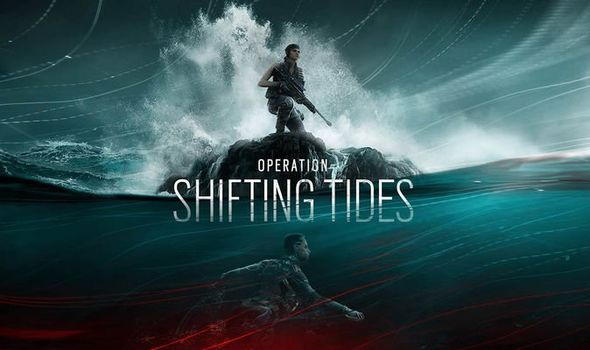 Hold onto your seats, Operation Shifting Tides is rising from the depths. NIGHTHAVEN Special Intervention Group joins the fray as this season’s new ORG. Its owner, Kali, joins Six as the new Attacker. One of her best agents, Wamai, is also coming aboard as the new Defender.

These two Operators are unlike any that have come before and bring their particular talents to the roster. With them, expect a newly reworked Theme Park to surface, as well as a few other features worthy of note.

Specialist Jaimini Kalimohan “Kali” Shah isn’t someone who could be accused of taking pity on the weak. She’s more likely to kick you when you’re down than help you up. Yet the results are undeniable, and the soldiers she trains remain unmatched on the field…

There are very few people who can keep me guessing, but Specialist Ngugi Muchoki “Wamai” Furaha is one of them. His thought processes are fascinating, and the more I speak to him the more I find myself drawn into his world, deep underwater and free of all distractions… 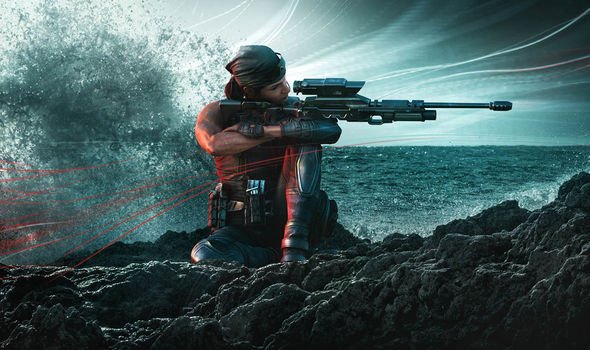 To talk about the LV Explosive Lance, we need to mention Kali’s CSRX 300. It’s a dangerous weapon that can breach barricades and hatches in a single shot, and create big holes in breakable walls. The LV is its under-barrel, and it can be used at the same time as the CSRX 300’s scopes.

The LV is not your typical explosive. Just like the rifle, it can breach barricades and hatches, but it can also destroy Castle’s Armour Panels. These are not its main functions, however.

Its role is to destroy gadgets with a light explosion within a set radius. When used on a breakable wall, it will create a hole slightly smaller than what the sniper rifle would do. When shot at a reinforced wall, however, it simply lodges in surface.

In either case, it destroys all gadgets on both sides of breakable and reinforced surfaces. This makes it especially effective when played in tandem with a hard breach Operator like Thermite or Hibana.

Keep in mind that the LV Explosive Lance has three charges and is resistant to gadgets like Bandit and Kaid’s electrics, as well as Mute’s Signal Disruptors. 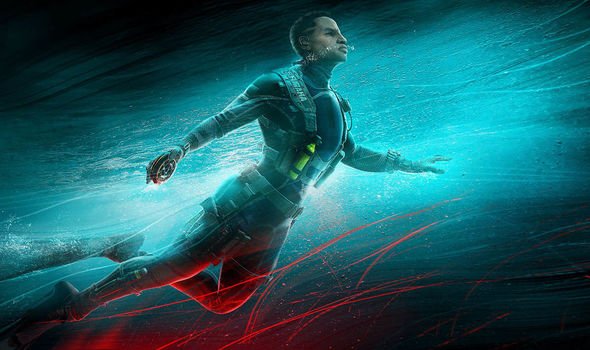 Wamai’s gadget changes the game when it comes to ordnance suppression. Where his colleagues can disable and destroy, he redirects.

The Mag-NET System is a thrown, adhesive gadget. It sticks to surfaces and waits. Its function is to attract an opponent’s projectile to its position, and then self-destruct to detonate that projectile.

This way, not only can Wamai make Attackers’ grenades and projectile gadgets useless, he can also use strategic placement to turn those projectiles against them.

There’s nothing quite like a commandeered stun or frag grenade to turn the tide in Wamai’s favour.

Starting with one Mag-NET, Wamai regularly gains an additional charge up to a maximum of five.

Make sure to place them wisely, as they can be destroyed with a single hit should they be spotted. 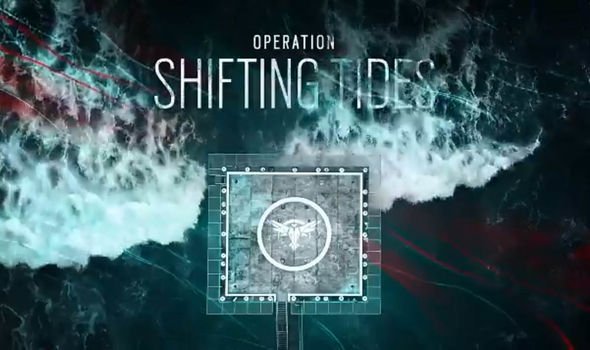 Did you miss Theme Park? With Operation Shifting Tides, it’s back and reworked! It might not look like it at first glance, but there are some massive changes coming.

There are some major indoors changes to unpack, but let’s start with two things that will affect your outdoor gameplay. First, lines of sight have been constricted to prevent most spawn peeks. Second, Rail Overlook and Lift Car, as well as their ramps, have been removed. The reasoning behind this is quite simple: we’re getting rid of train.

That’s right, the entire Rail Platform area is gone. Instead, the East and West sections of the building have been brought closer together, with Yellow Corridor (previously named Cafe Corridor) and Bunk connected to Office and Initiation Room through breakable walls.

Inside the building, there are a few things to notice, which mostly involve the East section.

The downstairs area has been remodelled with a thematic that represents the map’s origin, with the Gargoyle and Haunting Dining bomb sites replaced with the Throne Room and armoury pair. The new Gong Room in this area also becomes the main entrance, with Arcade Entrance being blocked off South-West. 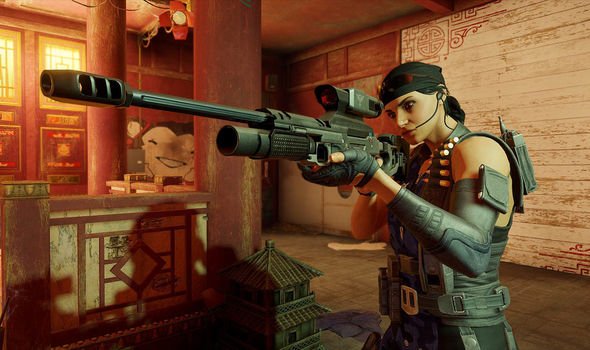 Hold onto your hats, limb penetration is a thing! Have you ever flashed someone with a stun grenade and been denied a headshot because of the hand covering their eyes? Then this section is for you.

This season is the perfect moment to rework penetration, with Kali’s sniper rifle being one of the most intimidating weapons in-game. Weapon category has a part to play, but first let’s go into the three different types of penetration.

The first, we’ll call “none”. Simply put, any shot with these weapons does not go through limbs, or torsos, or anything else. The weapons concerned here are most shotguns, and secondary SMGs.

The second, or “simple”, is reserved for one target only. Bullets from these weapons will go through arms and legs to hit more valuable body parts. Face to face with an opponent and shoot through their arms? If you’re lined up with the head, it should be a headshot. The weapons include main SMGs, assault rifles, pistols and LMGs.

The third, dubbed “full”, is the most you could hope for. Shots from these bad boys will go through an Operator and hit other Operators behind them for 30% reduced damage for each additional penetration. Pull out your BOSG.12.2, TSCG12 and sniper rifles, and see if you can take down more than one opponent at once!

One detail to keep in mind with all this: now that most bullets go through arms and hands, the damage received if a shot hits only those areas (without penetration) is reduced to 75 per cent, the same as leg shots. For Operators with 3 armour, however, damage is reduced to 65 per cent.

From the very beginning, rappelling has been quite consistent. There was a prompt to enter rappel, but exiting it was automatic. From now on, however, that will no longer be the case. A similar prompt will come up when you’re able to exit rappel, and all you have to do is press that key if that’s what you want. With this small modification, players will be able to avoid exiting rappel when they’re just trying to stay as close to its edge as possible, giving you more power over your tactical decisions.

As our third oldest Operator to date, Capitao has lived through a lot. There was a time when he rocked a full head of dark hair, and he worked directly with the people. His new Elite set emulates that era of his life, when he operated in the favela to save as many lives as he could.

Go back in time with Capitao’s Responsa uniform, victory animation, gadget skin for his TAC Mk0 Crossbow and weapon skins for the Para-308, M249 and PRB92, as well as the Elite Capitao Chibi charm, all of which will be available soon after the launch of Operation Shifting Tides. 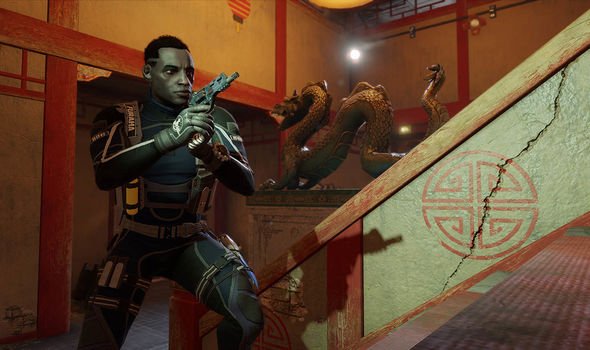 The unbreakable Vessel Wave skin draws its inspiration from the Kenyan Navy, with aquatic camouflage and hard studded steel.

The bright Palace Virtue skin illustrates the colors and architecture of India, with white marble lined in golden, and blue and green accents.

We’ll be updating the Test Server with even more balancing changes, so check out the updates there for new changes!

The number of pings Jackal receives from a scan now depends on the age of the footprint.

When eyenox is active, the colour and the highlight around the target print will depict the age of the print. Highlighting and scanning a coloured print will return a varying number of pings based on its age.

The existing footprints of the scanned operator will disappear after completing the scan.

Jackal can no longer either see or scan prints from below.

Added a highlight VFX to indicate which footstep is being scanned. 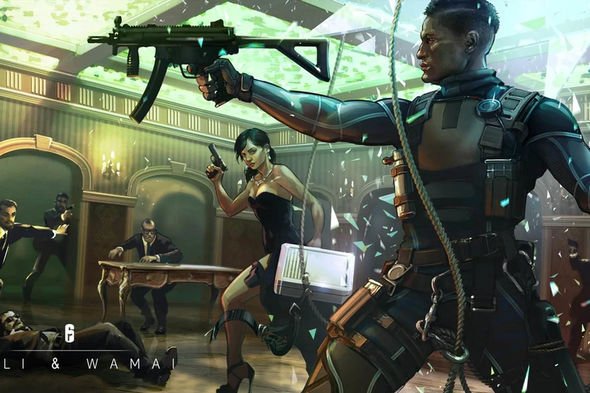 We’re in the process of updating breakable props across all our maps to be more structured in how they are destroyed when they are in the pathway of gadget projectiles and missiles. The goal is to make destruction of various elements across maps more coherent for players. This first iteration should allow projectiles to break fragile props that would otherwise block their path (ex: Grenades, C4, etc.).

With the new season, we’ve improved the coding logic for a number of primary and secondary gadgets to protect against potential regressions and widen their capacity for future complexity.

These backend changes will not impact your experience using the gadgets.

Quick Match (previously Casual) and Newcomer playlists will adopt the AA-DD role swap. Similar to Ranked, players will swap roles once a match.

The Operator voices for Hibana and Mira have been re-recorded with new voice actors. We are thankful to the voice actors that we worked with up to this point, but with the expansion of our Universe content, we needed to make adjustments to our talent line up to ensure consistency.