Ratchet & Clank: Rift Apart is launching on Friday, and Insomniac has ramped up its marketing, roping in the rest of the PlayStation family. On Twitter, it shared a slew of mashups with other iconic games and mascots.

One of these was Sly Cooper as pictured above, leaping through one of the multiversal portals torn open by the Lombax-created Dimensionator. It’s now in the hands of Doctor Nefarious. What can go wrong? 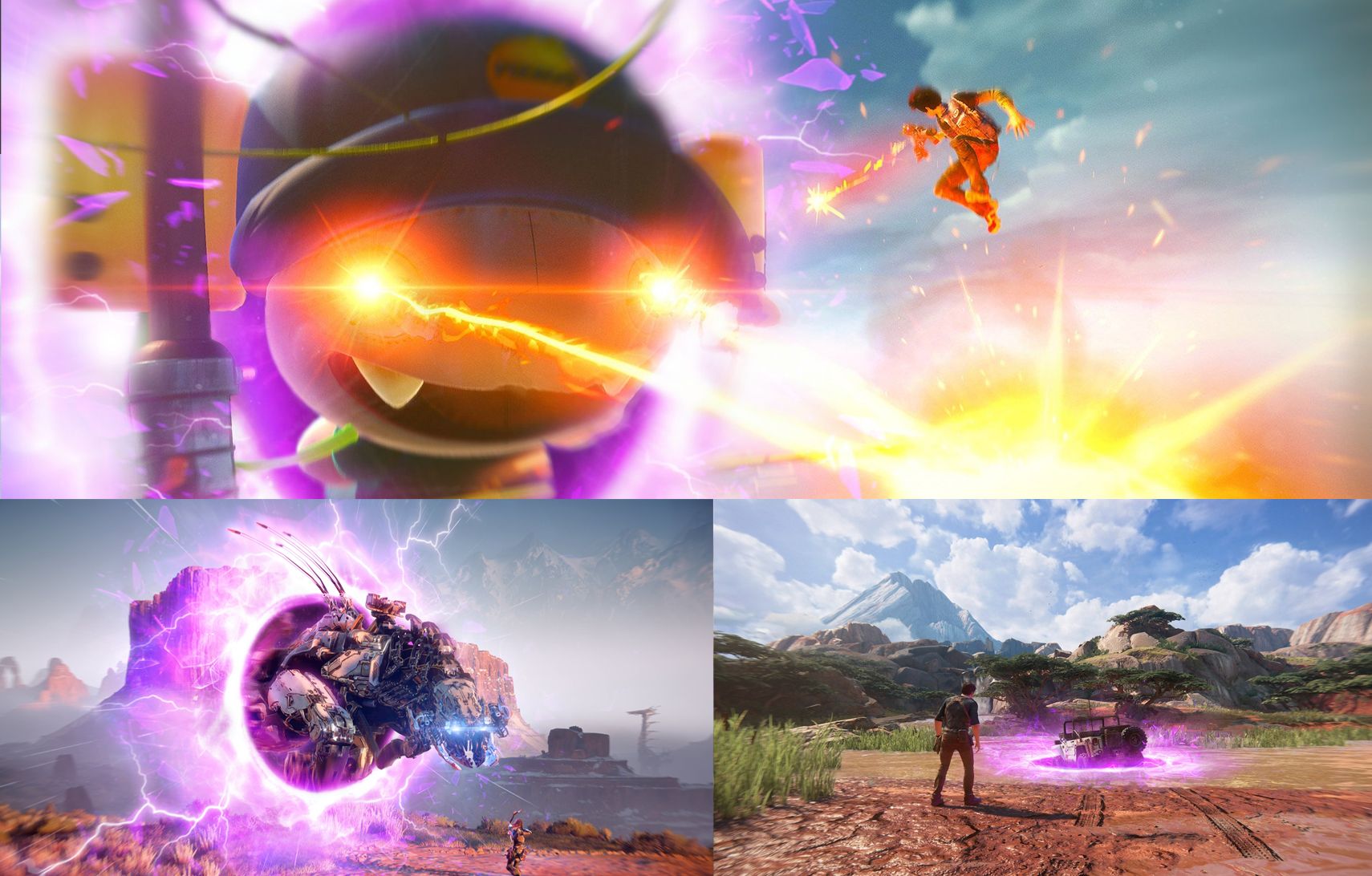 “Clank: Is that another warbot getting sucked into a dimensional rift?” Not quite, that’s Sunset Overdrive in the top, Insomniac’s Xbox and PC exclusive. It turns out the company owns the rights to the IP, though, so it could very well get remastered for the PlayStation 5, and the company has been teasing that it isn’t quite done with that world just yet. Or, at the least, it doesn’t want to be.

Insomniac also shared a mashup with Horizon Forbidden West. “Rivet: The last thing we need is yet another robot from an unknown dimension getting yanked into all this chaos! I sense a big problem on the horizon.” It would certainly be interesting to see how the trio would handle the machinations of a dystopian, future rendition of Earth.

Then, there’s Nathan Drake’s car sinking into the portal which Ratchet called a “strange-looking ship,” adding, “It must’ve cost someone a fortune.” Whether we ever see an Uncharted 5 is up in the air, but the film with Tom Holland in the lead is dropping July 16.

You can get Ratchet & Clank: Rift Apart come June 11 for $70. It’s a PlayStation 5 exclusive. Pre-order now and you can pre-download the game, with a day one patch being released to bring a performance mode that sports 60FPS and ray tracing.