Rewind, a data backup and recovery platform for software-as-a-service (SaaS) applications, has raised $65 million in a series B round of funding.

Founded out of Ottawa, Canada in 2015, Rewind historically offered data backup services for businesses running Shopify, BigCommerce, and Intuit QuickBooks, but earlier this year the company acquired BackHub to extend its support to GitHub and later added support for Trello.

The “problem” that Rewind and its ilk are striving to solve is that most SaaS platforms operate what is known as a “shared responsibility” model, whereby the platform owner (e.g. Shopify) is obliged to provide infrastructure-level disaster recovery and security, so that in the event of a systemwide catastrophe it can reinstate all its customers’ accounts in one fell swoop. However, the customer themselves are still responsible for the security and management of individual accounts on their own instance, including password management, permissions, and backing up data.

While there may be some alternative solutions available to customers looking to backup their data in SaaS apps such as Trello, they are normally resource-intensive endeavors — and they won’t make it easy to restore the data in the event of a disaster. And that, ultimately, is what Rewind is set up for — it’s about “versioning,” giving SaaS app users the control to restore any files or data to a specific date and time. 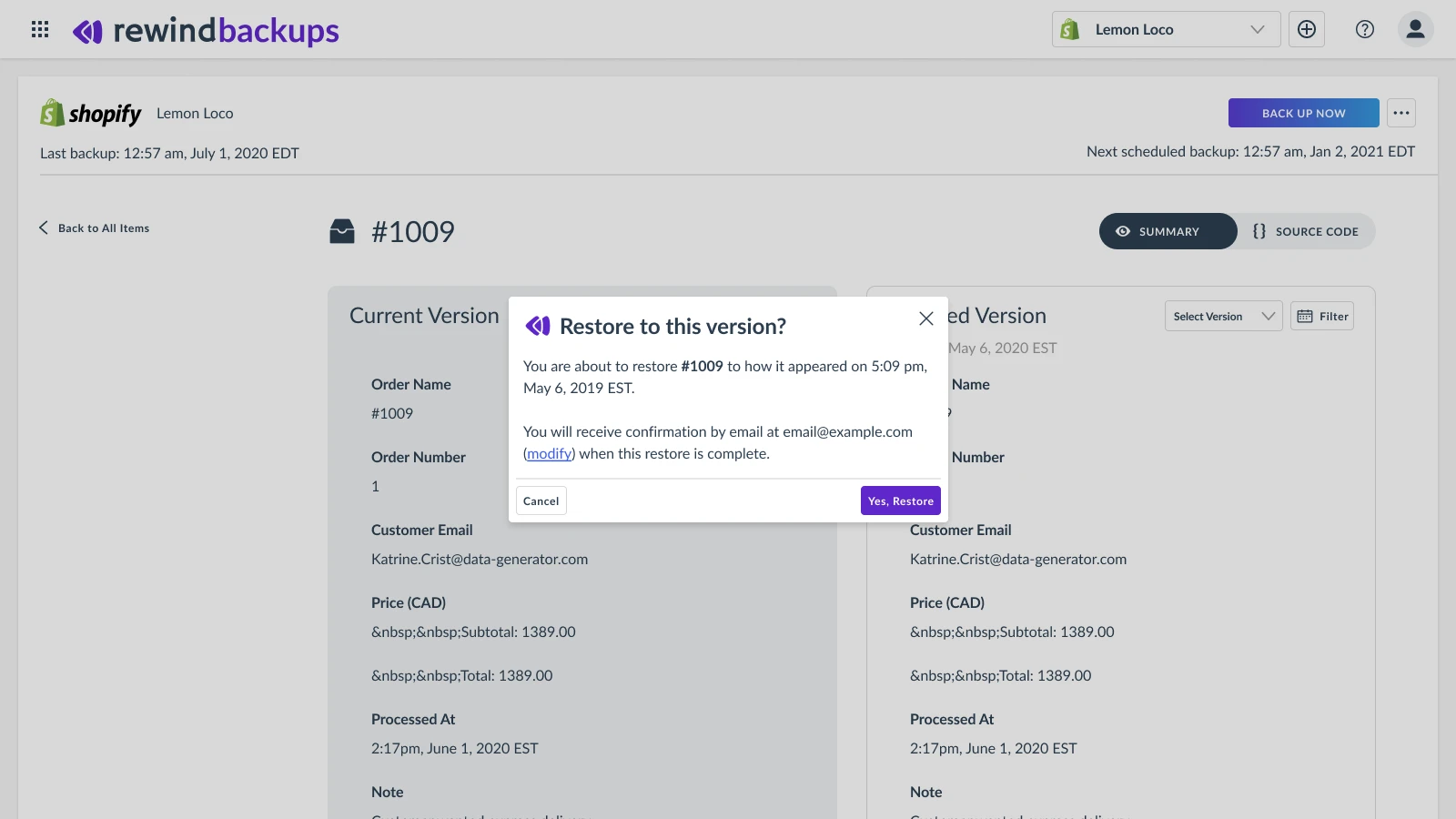 “As businesses become more reliant on cloud tools and the data stored within them, having backups will likely become standard practice for both data and business continuity,” Rewind cofounder and CEO Mike Potter told VentureBeat. “While enterprise backup players are tackling the major software tools like Microsoft and Salesforce, the industry is hungry for the ability to confidently backup and easily restore data from the growing list of applications and cloud tools that keep businesses running. That is where Rewind comes in.”

Moreover, with the rapid transition to cloud-based services comes myriad external (and internal) threats, including human error, cyberattacks and the growing scourge of ransomware, though Potter noted that there are numerous reasons its customers cite for requiring data backup and recovery services.

“Cyberattacks and ransomware are certainly an increasing business threat,” he said. “But the reasons we still most often hear about are eliminating the labor cost of manual restores; compliance for designations such as SOC2, HIPAA, or ISO; data or business continuity; and protecting intellectual property.”

Prior to now, Rewind had raised a little over $15 million, most of which arrived via its series A round announced back in January. With another $65 million in the bank, from esteemed investors such as Insight Partners, Bessemer Venture Partners, Atlassian Ventures, Union Ventures, FundFire, Inovia Capital, Ridge Ventures, and ScaleUp Ventures, the company is well-financed to capitalize on the growing cross-industry push to the cloud.

But why raise again so soon after its last round of funding? It’s all about doubling down on the growth it has seen through the pandemic, driven substantially by the rapid embrace of remote work.

“The demand for cloud backup services is continually increasing, especially as companies are choosing to remain remote or embrace hybrid work scenarios,” Potter explained. “We are looking to sustain the growth we have seen since 2020. This latest round will let us continue to build new backup solutions for SaaS, and hire the talent required to get these products to market.”

Rewind’s raise comes hot on the heels of a number of other players in the space announcing sizable investments, including OwnBackup, which recently secured $240 million at a whopping $3.35 billion valuation, and Druva, which secured $147 million at a valuation exceeding $2 billion. Veeam, meanwhile, was snapped up by Insight Partners last year in a $5 billion deal.

Rewind is looking to cement its own position in the data backup and recovery space by “filling a critical gap in current backup protection efforts,” extending its coverage to many more applications that companies of all sizes have come to rely on. The company has already announced plans to integrate with SaaS services such as Xero, Zendesk, GitLab, Bitbucket, Jira, Weebly, HubSpot, Zoho, Confluence, Basecamp, Monday.com, Asana, and Airtable, with the respective rollouts expected in the coming months and into early 2022.  This move will also open Rewind’s appeal more to the enterprise sphere.

“The problems we are solving for enterprise are similar to SMB; however, we currently service more SMB clients than enterprise,” Potter said. “As we move into supporting platforms such as Zendesk, Jira, and Bitbucket, we will start seeing more enterprise customers.”