ScienceLogic, a startup developing an AIOps and IT infrastructure monitoring platform, today announced that it raised $105 million. The company says the investment will support its continued growth in the AIOps market and further broaden ScienceLogic’s position within the IT operations management industry.

AIOps, short for AI for IT operations, is a category of products that enhance IT by leveraging AI to analyze data from tools and devices. Research and Markets anticipates it’ll be a $14.3 billion market by 2025. That might be a conservative projection in light of the pandemic, which is forcing IT teams to increasingly conduct their work remotely. In lieu of access to infrastructure, AIOps solutions could help prevent major outages, the cost of which a study from Aberdeen Research pegged at $260,000 per hour.

Reston, Virginia-based ScienceLogic, which was founded in 2003, uses AI-driven techniques to discover technologies and vendors across physical, virtual, and cloud IT environments. It collects and stores a range of analytics data in a clean, normalized data lake, applying algorithms to spotlight relationships between infrastructure applications and enterprise business services. With ScienceLogic, IT teams can integrate and share data across different technologies. Moreover, they can apply integrations to automate actions in real time.

For example, ScienceLogic can automatically extract, populate, and synchronize information with an asset management solution, whether ScienceLogic’s own tool or a third-party product like ServiceNow. The company’s platform maps multicloud infrastructure, identifying dependencies among IT elements. And it notes events in logs from apps and network performance management software, ultimately leading to deeper problem diagnosis. 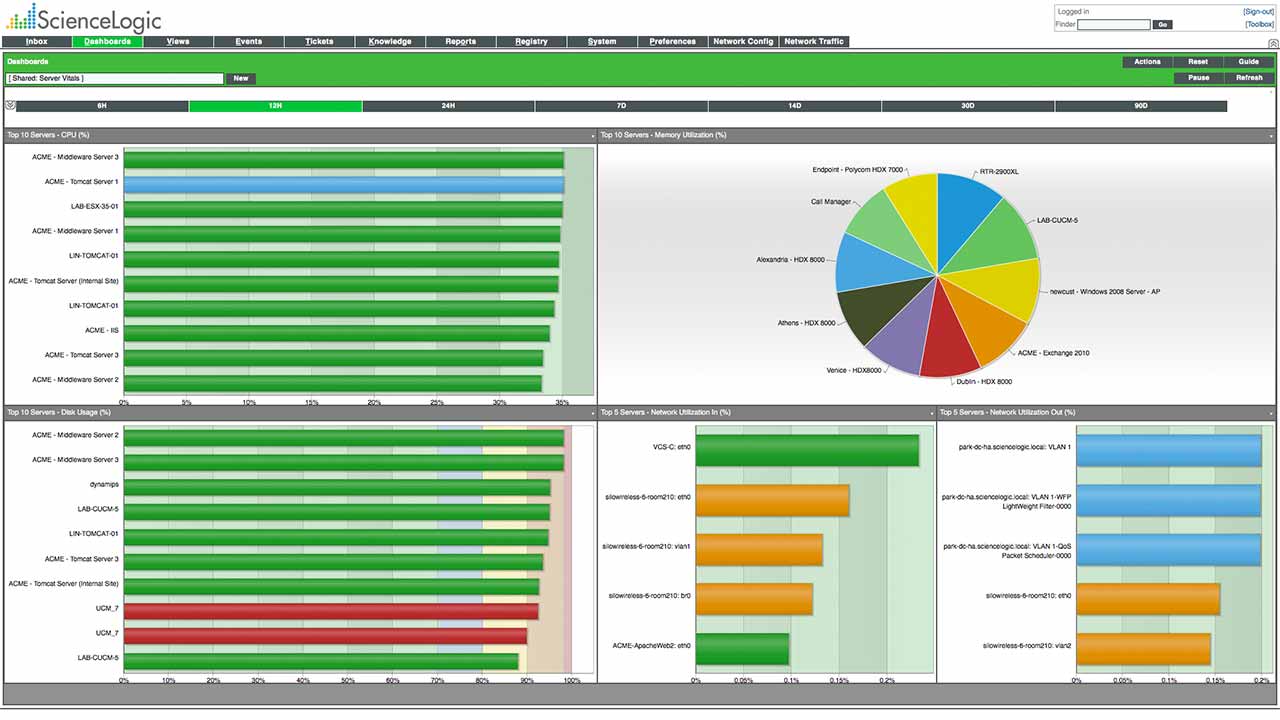 CEO Dave Link says that one ScienceLogic customer, Kellogg, managed to increase monitoring coverage for their infrastructure by 500% while saving $2 million in software costs over a five-year period. Using ScienceLogic’s platform, Kellogg now monitors its IT environment onsite and offsite in Amazon Web Services with one-fifth of the staff that a legacy solution might have required. Kellogg’s previous monitoring solution would have cost $10 million and required 10 technicians to scale to all of the company’s locations around the world.

“More than ever, IT Operations Management has taken root as a front-office priority supporting mission-critical digital experiences that define the way we live, work and play. As large enterprises shift workloads to the cloud while managing on-prem resources, new tools are paramount to deliver service visibility and faster incident resolutions made better by advanced AI and machine learning technologies,” Link said in a press release. “What we’re witnessing is a major investment cycle away from legacy monitoring tools and toward AIOps platforms.”

ScienceLogic claims that some of the largest global enterprises, federal agencies, and managed service providers are among the thousands of customers who use its platform. With the proceeds from the series E funding round announced today, which was led by Silver Lake Waterman with participation from existing investors Goldman Sachs, Intel Capital, and NewView Capital, ScienceLogic plans to invest in product development and engineering as well as hiring.

Reston, Virginia-based ScienceLogic has a substantial war chest with over $200 million raised to date, but it competes with a number of startups and incumbents in the competitive AIOps space. OpsRamp, whose product applies AI to DevOps processes, recently raised $37.5 million. Carbon Relay nabbed $63 million last February to further develop its AI-powered monitoring platform. There’s also IBM, which in May debuted Watson AIOps, a solution designed to automate IT anomaly detection and remediation.