Sea of Solitude is the most frank, honest portrayal of depression we’ve ever seen in games 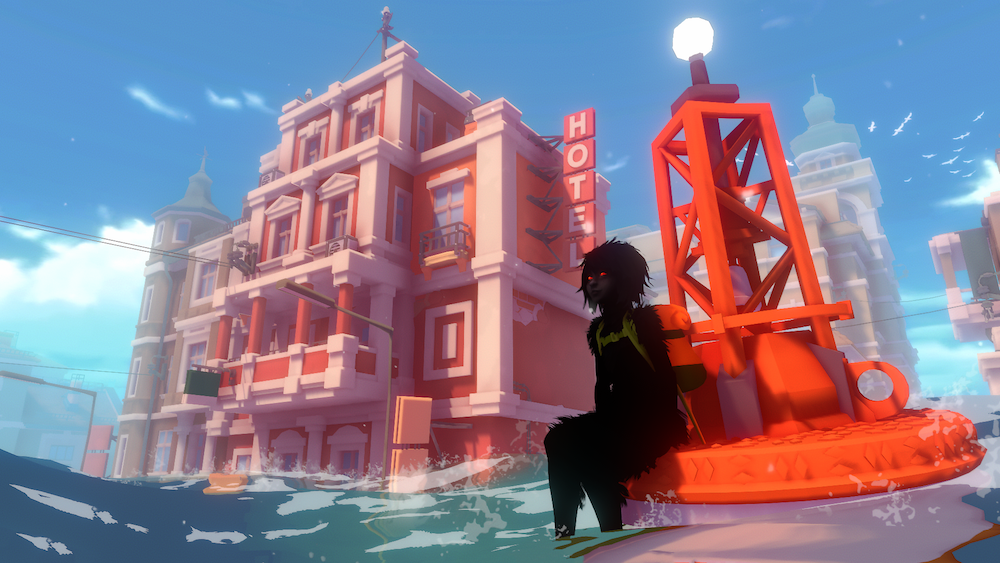 “After the reveal at E3 last year, I had hundreds of people writing to me to say ‘Connie, just because you talked about the issue of loneliness and you’re talking about it openly, it’s made me feel better.’

“This is all I wanted – so no, I don’t feel vulnerable putting myself out there, in fact, I feel the opposite – because I’m helping other people open up.”

Geppert goes on to explain that she feels supported by a worldwide movement of people bringing awareness to mental health issues – not just projects in the gaming sphere. She notes the UK’s recently appointed Minister of Loneliness (who was appointed to carry on the work of murdered MP Jo Cox) as an example of how we, as a society, are starting to see this issue and take it seriously.

Sea of Solitude aims to give gamers a chance to normalise their experience with depression or loneliness – to communicate with them in a non-patronising way.

And to make a game like this – to make a game that puts empathy at the heart of the experience, that relishes in telling a personal story over anything else – Geppert didn’t take inspiration from any other games.

And that’s what makes Sea of Solitude feel so unique. 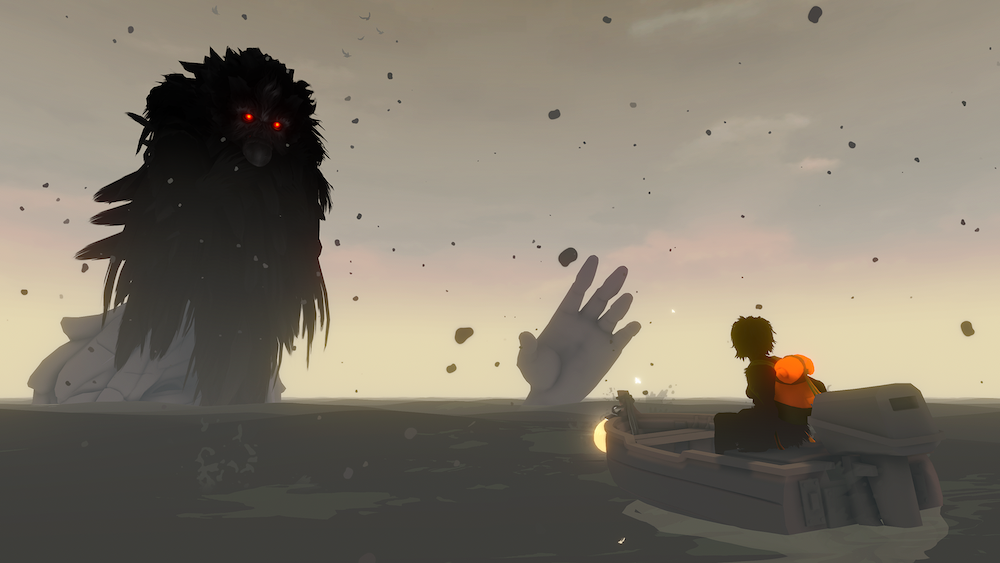 “Sea of Solitude is my personal story, and to make sure I told it properly I made sure that we fit the game mechanics to the story… not the other way around. This is the first time we’ve done this: usually, we’ll start with mechanics and build everything else around that. That means I couldn’t be inspired by other games – they wouldn’t fit.”

Geppert’s background is in comic books. When she was 17, she moved from her childhood home in a quiet fishing village on the Baltic Sea to East Germany, where she began working as an artist for the region’s biggest (read: only) comic book publisher at the time.

So it was natural that Geppert drifted towards that cozy, shader-based underwater version of Berlin – a city that swings between soft, warm, safe daylight and dark, broody, inclement weather. It’s the familiarity of a city versus the danger of the Baltic Sea, the safety of the familiar versus the anxiety of the new.

All of that is delivered to you non-verbally, too. The main character, Kay, and her evident self-hatred and isolation speak for themselves – the monsters she encounters heavy metaphors for the depressive maelstrom raging inside her head.

But Geppert’s 12-person team at Jo-Mei Games has done such a wonderful job of making this world veer from safe to threatening that even the most consistently chipper of people will understand the point that is being made about mental health and depression.

More than anything else, Sea of Solitude reminds us of Where the Wild Things Are. It’s a non-patronising story about alienation and self-doubt, communicated in a heart-wrenchingly honest way that’s – frankly – rare in video games.

From That Dragon, Cancer to Hellblade, Gris to Celeste, Braid to Brothers: A Tale of Two Sons, there’s an emerging trend of games instigating conversations about mental health.

Sea of Solitude will be another strong addition to the ranks – and largely because it skews younger, as far as we’re concerned. It’s accessible to younger audiences and the lightweight gameplay (supported by unintrusive UI) actually adds to the experience.

“The game is rated 12, and there are definitely topics that would be of interest to a [younger audience]” Geppert says whilst shooting us a knowing smile.

She can’t comment too much about the content of the story – she doesn’t want to spoil the experience – but assures us that the subject matter will be relevant to young teens – an audience arguably more in need of this kind of content than any other.

Modern cinema, arthouse or otherwise, also makes it a mission to communicate the plight of protagonists suffering in silence, and Sea Of Solitude is doing the same. Just because it’s dressed as a game doesn’t mean it will have any less impact. 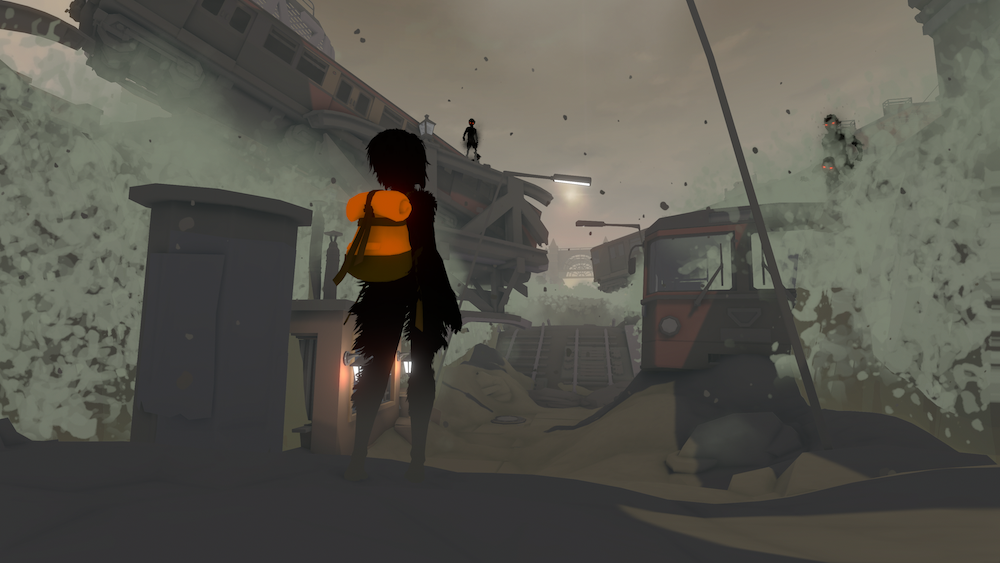 “The games industry is growing up,” mentions Geppert. “God of War, and that story told by Cory Barlog… he’s a father himself now, and he’s turning fatherhood into this cool story in an amazing world. I suffered deeply from loneliness and overcame it, and I wanted to tell my story – and because the industry, and the audience, is changing, I can do that.”

She’s right. As gamers, we’ve conquered planets, slain Gods, explored the furthest reaches of fantasy realms, plundered mythical treasures, formed deep relationships. But we can count in single figures the number of games that have held the mirror up to ourselves and made us confront that nasty little critical voice in our own heads, made us examine those kernels of shame that we carry around in our subconscious.

“I love being in the industry right now,” Geppert says.

“Creators – especially indie creators – can use whatever is going on in their lives right now and make it into a game. Whether that’s being able to make sexual interactions feel natural, like in Wolfenstein, or being able to tell stories about fatherhood, like in God of War, it’s a sign that the industry is maturing.”

Sea of Solitude is concentrated proof that gaming is catching up with other mediums as a way of talking about more complicated issues, as a way of helping younger audiences examine trauma and depression.

Jo-Mei Games and EA have something special on their hands with Sea of Solitude – something that is going to lodge itself in audiences of all ages once they’ve completed it. If you have even a passing interest in games as a force for good, you owe it to yourself to play Sea of Solitude.