In a direct lesson learned from its year-long journey so far, Sea of Thieves has learned that player-on-player action in its games is the least fun part for everyone involved… shooting another pirate from 100 yards with a gun has nowhere near the same amount of impact as stumbling on a chest as ships bear down on you. Smashing another player in the head with a sword is not as exhilarating as popping a cannonball in the mast of an enemy vessel – and hitting it by the skin of your teeth.

To that end, the scoring in Arena is scaled: you get the most points (1000!) for cashing in treasure (meaning you want to plunder it yourself, lifting it from enemy ships where possible. Discovering treasure nets you the second most points in the mode (250) and hitting ships with your cannons rewards you with about 25 points, too. Killing other players grants you a meager 10 points.

“We haven’t really been looking at any other experiences to influence this [multiplayer mode] because there’s really not anything quite like what we’re doing out there,” Preston tells us, smiling.

“Arena has evolved out of what Sea of Thieves is and to get to where we are – to balance this scoring system and make sure it felt right for what the game is – we broke it down to its essence.”

Neate agrees: “You don’t need to be the best PvP, first-person player to enjoy Arena. You could be a good decision-maker, you could be a good navigator. You can be good at making the more tactical choice. We’ve been listening for the last year, and we know that’s what the players want.”

Neate and Preston are right: for us, this was the quintessential Sea of Thieves experience – combining everything we love about the game with the smart, simple-but-addictive multiplayer design worthy of the Rare name. It’s made us hungry to go back and play more of the game – and that’s before we even get to Tall Tales. 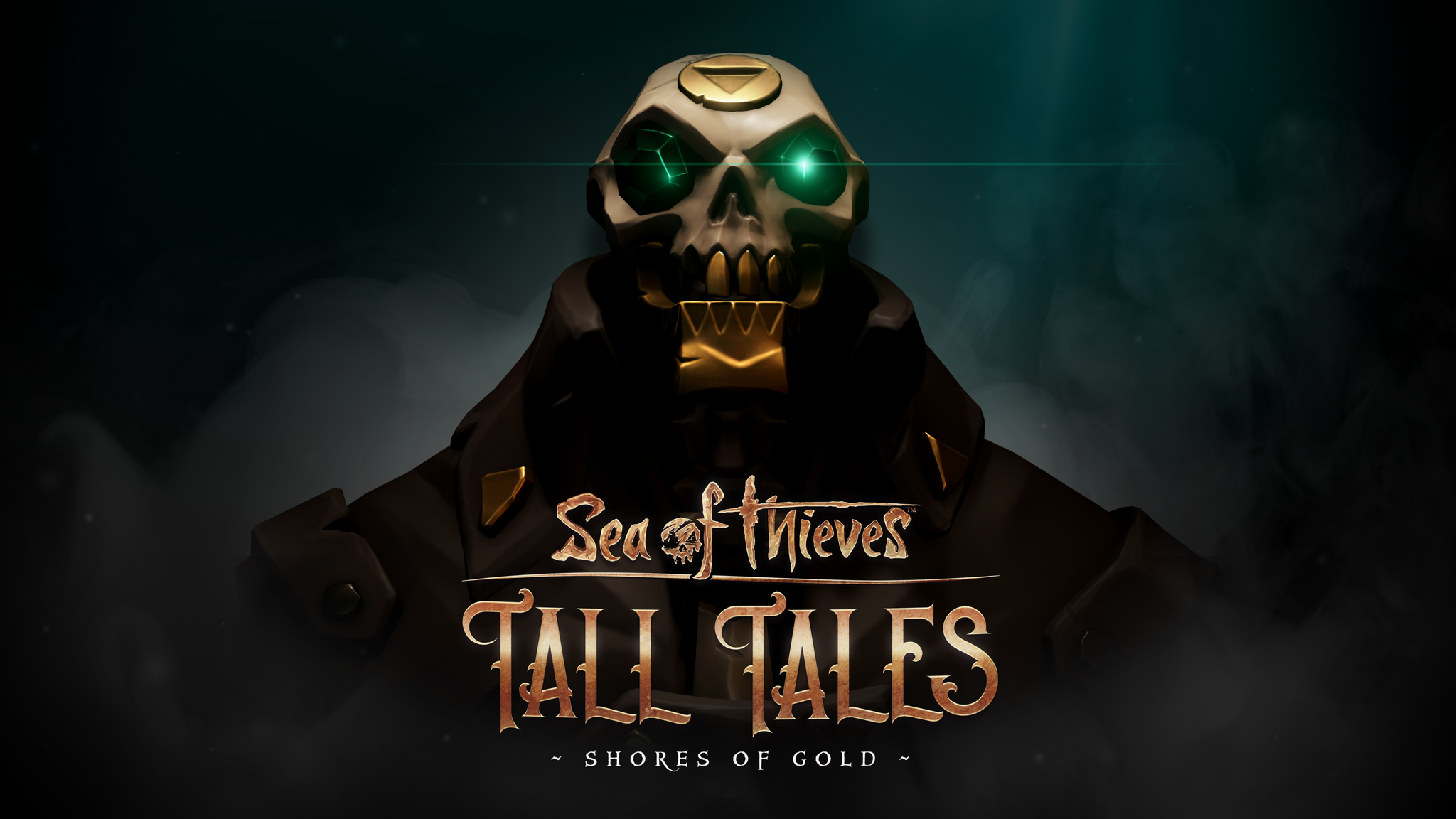 On the other side of the waters – where everything is a bit calmer and more relaxed – Mike Chapman has been thinking about player-directed narratives. Chapman, if you’re not following the evolving story Sea of Thieves is telling us, is the Dungeon Master that’s everything in the adventure together.

Well, the technical term is ‘design director’, but you get the gist. Chapman is taking you (the player) and your crew (the party), and he’s the guiding hand pushing you through the game. The driving force has so far been a more subtle take on gaming narrative, but now Tall Tales are about to come in and turn everything up to 11.

“We wanted to make players feel different emotions as they’re playing the game,” Chapman tells us. “We wanted to connect the crafted narrative experience with the shared world.”

Chapman suggests that the industry as it stands today can be divided into two camps: anarchic multiplayer experiences, or the crafted narrative of single player. When you think about it, there’s precious little that bridges that gap: even the likes of shared world looters like Destiny, The Division or Anthem use single-player storytelling techniques to impart story.

“We believe we can bridge that gap” Chapman tells us. To that end, Tall Tales is the start of a new swathe of on-going story content in Sea of Thieves that will tell bigger stories over time. The first set of new tales revolves around the Shroudbreaker: an ancient treasure that can take you through the deadly shroud and see what treasures may lie beyond.

This new Story content takes what you know and shakes it up: mechanically, you can find an enchanted version of the spyglass you’ve known since Day One in Sea of Thieves, and this can be used to chart constellations above, guiding you where you need to be.

Eventually, you’ll find an enchanted lantern that can show you the footsteps of those that came before you – leading you to new secret places and deliver new secret items to your hands.

You can use a new treasure chest item that will be kept on your ship to store items, fake out would-be thieves, or enact your own mini-narratives within the larger stories that drive this growing world. You have a connection to this fancy new chest that you and your crew have to locate from a mythical shipwreck: effort begets emotion, and that’s what Sea of Thieves is so good at leveraging from its players.

It’s amazing what a difference that connection makes – vomiting in a treasure chest and showing it to someone will never not be funny, but somehow lands better when you do it in a chest you love? Chapman is a passionate believer in giving players the chance to articulate their own in-game reactions, and combining that with a world that’s starting to grow deeper emotionally is proffering some interesting reactions.

In our Tall Tales demo, for example, we had to play through a real ‘Indiana Jones moment’ – four of our five crew were trapped in a chamber filling with water as we frantically tried to solve a puzzle. The fifth member stood outside – able to hear what’s going on, but not do anything about it.

Moments like these (other players got their whole teams locked in the chamber, whilst some ended up being the only player trying to figure out the puzzle whilst their allies waited outside) seem to define what’s going to come in Tall Tales as more and more chapters get added to it over the next year. 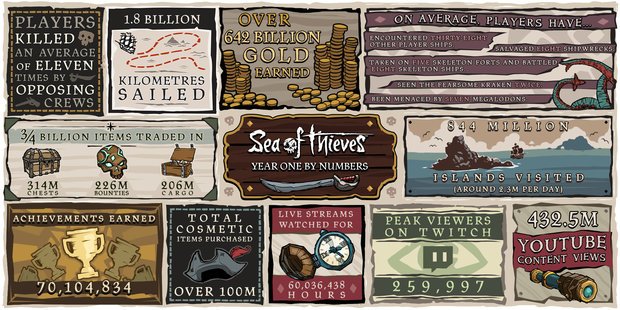 Some players in Sea of Thieves wanted a ‘choose your own adventure’ book from the game when they played it last year – but they didn’t get that in Year One, not really.

They were served a novella instead: a flavoursome but short experience that left them wanting more. Throughout the last year, Rare has been adding more chapters to the playbook… and now with Year Two it’s giving them more ways to read it.

“We want to satisfy as many motivations as possible,” says Neate. “We want people to keep coming back to Sea of Thieves and never be punished for going and returning.

“We’ve been insistent from the start that we are never going to separate players based on progression,” adds Preston. “The point of making this game was to have a service model that we can always bring content into, and that would never leave anyone behind. People are going to come and go, and that’s the point – we want them to come back and sample what they’re interested in.”

It’s the antidote to FOMO, the absolute opposite of a Battle Pass: there’s no pressure for players to play an obscene amount of hours just to get a skin before it goes away forever. There’s no suggestion that if you don’t drop in here, you’ll be out of the loop in a few month’s time.

Rare wants to get player on-board, or back on-board if they’ve jumped over the last year. And it’s going about it in the best way.

Until our preview, we hadn’t played the game in 10 months. Now we’ve seen how welcoming Rare is being with its new content setup and game plan, we can’t wait to jump back in. This is the best gaming anniversary content we’ve seen this generation.