So-called “search-as-a-service” platform Algolia has raised $150 million in a series D round of funding led by Lone Pine Capital, valuing the fast-growing company at $2.25 billion.

The raise represents part of the burgeoning API economy, which is powering digital transformation by helping legacy businesses transition from monolithic on-premises software to the cloud and microservices. APIs are an integral part in the modern software stack, allowing companies to tap task-specific technology components and enable them to focus on their core software development strengths, rather than having to build literally everything from scratch. Developers are already in short supply, which is why a modular approach to building software makes a great deal of sense.

“Companies are under increasing pressure to not just rapidly innovate but constantly iterate too,” Algolia CEO Bernadette Nixon told VentureBeat. “At the same time, user expectations are increasing as instant gratification is becoming the standard.”

Search and ye shall find

Founded in 2012, San Francisco-based Algolia enables customers such as Slack, Stripe, Atlassian, and Ubisoft to build Google-like indexing and search capabilities into their own platforms through an API. This includes insights on user interactions and a suite of additional tools for A/B testing and analytics. 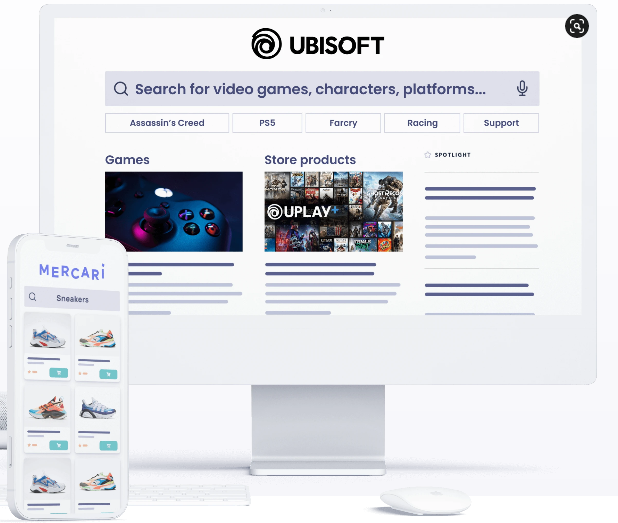 Above: Algolia and Ubisoft

Separately, Algolia also launched an API for machine learning-powered recommendations, the result of its recent acquisition of Romanian company MorphL. Indeed, MorphL specializes in predicting customer behavior on ecommerce sites and delivering personalized recommendations based on the context of a search. This builds on Algolia’s existing AI smarts, which includes dynamic synonym suggestions that will offer suggestions that are similar to the terms used in the search. 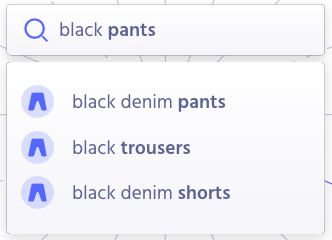 Above: Synonyms example from Algolia

Prior to now, Algolia had raised around $184 million from big names including Salesforce Ventures and Accel, and with its latest cash injection the company ushered in a slew of new backers too, including Twilio, Fidelity Management & Research Company, Steadfast Capital Ventures, and Glynn Capital.

Algolia is now well-financed to capitalize on its explosive growth over the past year, which it said has led to its annual recurring revenue (ARR) growing 180% across more than 10,000 customers.

This growth has been driven in large part by the same trends that have pushed other API-focused companies into the stratosphere. Twilio’s shares, for example, have risen roughly five-fold since the start of the pandemic, sending its market capitalization toward the $70 billion mark. Payments giant Stripe, meanwhile, saw its private valuation nearly triple to $95 billion over the past year.

Companies, ultimately, need to transform rapidly using “building block” components, which require APIs to assemble. This trend was already well underway before the pandemic, but as consumers have had to embrace online commerce almost exclusively, this has accelerated companies’ digital transformation efforts.

“Algolia is part of a cadre of companies that are driving the next generation of software development,” Nixon added. “Companies like Stripe, Twilio, and Algolia are creating APIs that make developers’ lives easier because they can compose apps versus building from scratch and having to tweak monolithic SaaS / software solutions.”