Using melee weapons is just as viable a combat tactic as gunplay when it comes to the fantasy-futuristic world of Shadowrun. The streets are littered with gun-toting shadowrunners and sword-wielding guards alike, and the Shadowrun Trilogy allows you to perfect both styles.

How about adding some magic into the mix? The Physical Adept archetype does just that. Adepts blend magic into their fighting style seamlessly, augmenting their blades with chi and pulling off fantastic moves that make them seem like devils on the battlefield. If you want to build such a combatant in the Shadowrun Trilogy, you'll need to know what each stat does for you.

There are three stats that you'll be investing the most Karma into. The first, of course, is Body. Body is tied to your HP pool and is extremely important for a unit that spends most of their time in the thick of battle. They'll be a prime target any time they're caught out of cover, so buffing up their health is nothing but a boon.

The second stat you need to make a Physical Adept is the one that targets the physical half: Strength. Strength is tied to Close Combat and both Melee Weapons and Unarmed. You'll want to choose whether you go for weapons or rely on your fists at the start of your adventure – investing points in both is a waste of Karma. Some spells that you'll be able to pick up with Chi Casting will improve specifically your unarmed attacks, but if you go for weapons you can benefit from their higher DMG and special effects (such as AP reduction).

Since you'll already have a decent amount of Strength, it may be worth investing some Karma into the Throwing Weapons skill. Grenades are very useful and as a front-liner, you'll be in the perfect position to aim them a lot of the time.

In Hong Kong, it may be tempting to go for Cyberweapons instead, as they usually benefit from Close Combat and are, admittedly, pretty cool. However, you cannot use the majority of Chi Spells with Cyberweapons – the only ones that work are the ones that provide a passive bonus to your unarmed attacks, and they only work with the Shock Hand weapon. It would be an extremely specific build without much room for versatility.

In addition, picking up cyberware, in general, is not recommended, as it'll interfere with your spellcasting.

Once you've chosen between weapons or your fists, it's time to look at the adept half of Physical Adept. This is the Willpower stat, master of the Chi Casting skill. This is where you'll unlock your spellcasting and improve the accuracy of your offensive spells. Most ranks in this skill will unlock new spells that you can cast, all of which are useful to varying extents.

While the base build for a competent Physical Adept is going to be pretty expensive, Karma-wise, there are some options you can look into if you want to dabble in other areas to make your character more well-rounded.

The first option would involve doubling up on skills within stats you're already proficient in. As mentioned above, Throwing Weapons is great for improving your grenade accuracy, but in Dragonfall and Hong Kong you can pick up actual throwing weapons. While they're not very strong, they do flush foes from cover and would give you a ranged option for versatility.

Alternatively, grab some Spellcasting – you'll already have the Willpower for it and Mage spells are incredibly versatile. You'll gain access to healing, a whole assortment of damage types, and useful support spells that strip or buff armor.

When trying to decide between Throwing Weapons and Spellcasting for your ranged option, weigh up their pros and cons. Throwing Weapons are great for flushing enemies from cover and as far as options go, are extremely cheap. Spellcasting, on the other hand, has a ton of versatility and options to pick from, but spells are expensive and they will compete for spell slots with your Chi spells.

Quickness might not be a terrible investment for your character. While guns aren't going to be your main form of offense, they will give you a stronger ranged option than Throwing Weapons that ends up being far cheaper than Spellcasting. In addition, Dodge is a good skill line to invest in – you'll be at the forefront of your party, after all. That makes you an attractive target.

Investing into Intelligence and the skills it's linked to would be inadvisable thanks to the significant Karma investment you'd need to make, but Charisma might be viable. Player characters will benefit from Charisma greatly based on their choices of Etiquette, and both Conjuring and Spirit Summoning can be useful. You can use Conjuring to support the team with fantastic spells such as Haste and Blur, but they do have the same drawbacks as Mage spells – they are expensive and compete for spell slots.

Spirit Summoning, on the other hand, comes with a Totem power and can be used to draw spirits from battlefields, not necessarily requiring expensive Fetishes to be useful.

Most player characters will invest at least a few points into Charisma for the Etiquettes, but it's worth considering the six-point Karma investment into Spirit Summoning purely to grab a Totem.

This is more prescient in the Hong Kong campaign, where you can get a Totem that provides a static, passive buff instead of an activated skill. 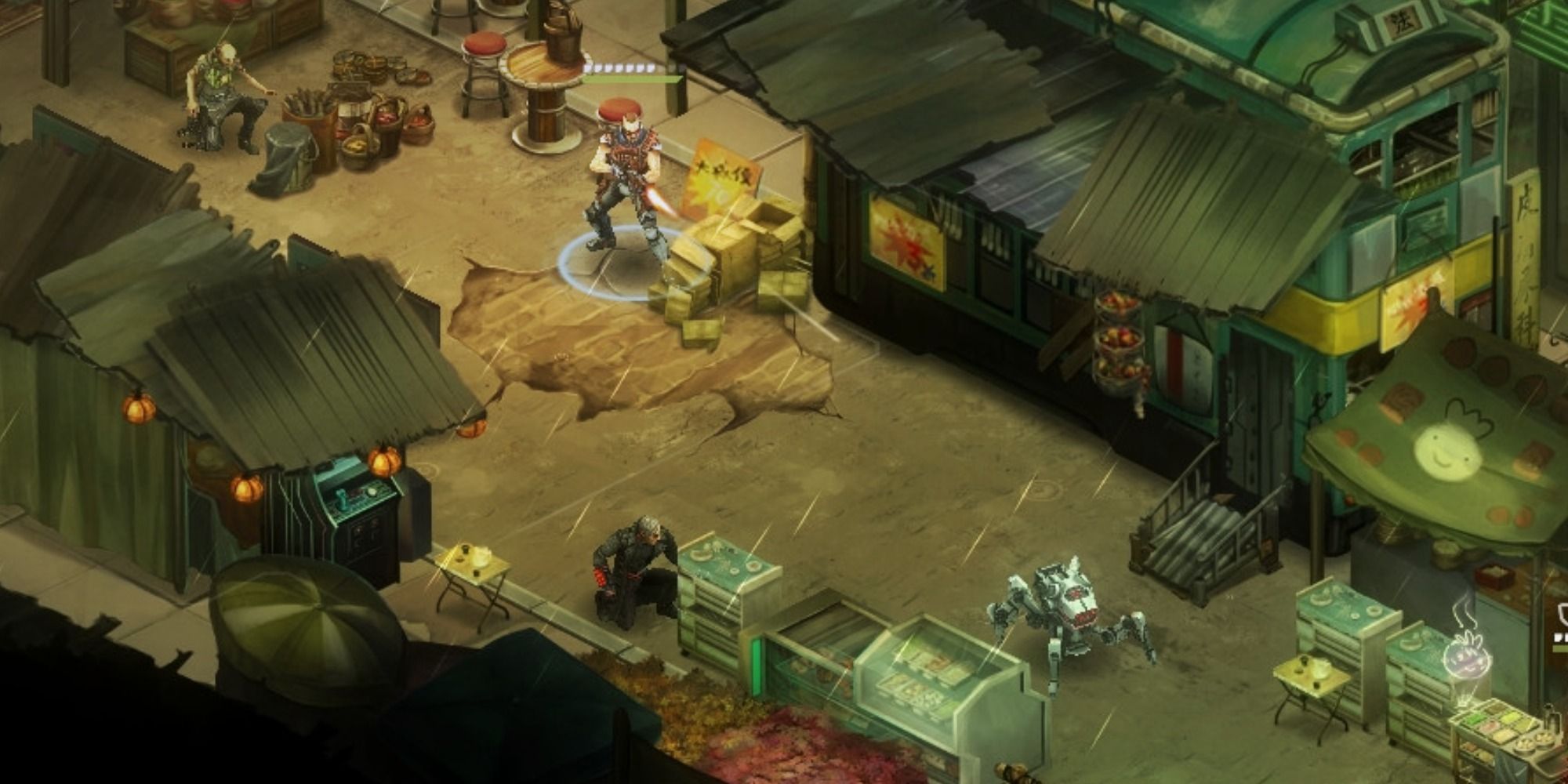 How much able you are to invest in chrome will depend on how much "Adept" you put into your Physical Adept. Cyberware will reduce your Essence, effectively limiting your spell slots and increasing the cooldowns of your spells. The thing is, cyberware is incredibly useful for physical fighters – there are installations that increase your HP, your Armor, and any of your offensive stats.

A particularly fantastic piece of kit to pick up would be the body implant that gives you an ability that allows you to automatically dodge the first attacks against you for a number of turns. In Shadowrun Returns and Dragonfall, this called is Wired Reflexes With Reflex Trigger. In Hong Kong, this is simply called Reflex Trigger.

If you decide to invest in Spellcasting or, less likely, Conjuring, you'll want to stay far away from the Essence-expensive cyberware. A few very cheap installations can't hurt all that much, though.