There are a lot of reasons why Shenmue is one of my all-time favourite games. The emotionally charged story. The deep world simulation, which is still impressive 20+ years later. Forklift truck racing. Playing classic Sega games in the arcade. Collecting capsule toys. Tom the hot dog vendor's freaky dancing. How hilariously awkward Ryo is around Nozomi. If you haven't played it, none of this will mean anything to you—but if you have, and you love it, you're probably already thinking about your next replay. It's a game I, and other fans, keep returning to, year after year, because Yokosuka—a setting I was so enamoured by that I visited it in real life—is such a nice place to hang out. When you load up Shenmue, you aren't just playing a game; you're stepping into a world—and what a world.

Shenmue's vibe is unbeatable. It's one of the best video game settings ever made, but in a tasteful, understated way. Developer Sega AM2, led by veteran game designer Yu Suzuki, went to great lengths to capture the very specific look and feel of 1980s Japan. They did this at great expense too, with the project costing a once record-breaking $70 million to make. This is the real 1980s—not the stylised, idealised Stranger Things '80s with its neon, synths, and leg warmers. The game's muted realism is one of its greatest strengths, drawing you into the setting in a grounded, non-flashy way. It's presented as a real, functioning place, and it feels like one. When I walk the virtual streets of Dobuita, Yamanose, and Sakuragaoka, the feeling of being there is palpable—even all these years later.

There's plenty of action, drama, and excitement in Shenmue, but it's infrequent. You spend the majority of the game just walking, talking, exploring, and soaking up the atmosphere. You can play it for hours and not throw a single punch. Some people (unfortunately) find this boring, but for me this is where the game's true magic lies. The moments in Shenmue that stick with me are the quiet, unremarkable ones. Returning home at dusk through the sleepy suburbs of Yamanose, lights glowing warmly in people's windows, dogs barking in the distance. Or walking along Dobuita Street in December, snowflakes falling gently from the sky, watching the local market owners ply their trade. It never ceases to amaze me how Shenmue can make nothing feel magical.

Weather, light, music, and sound combine to completely transport you into its world. It's doubly awe-inspiring that an ancient Dreamcast game can still conjure up these feelings, but it transcends the technology that was used to build it. The textures might be low resolution, and the maps feel tiny by modern standards, but this place will never stop feeling real to me. The art direction is timeless, and the simulation elements give the world a feeling of life, vibrancy, and believability that even modern games struggle to compete with. Every NPC you see in Shenmue, no matter how seemingly inconsequential, has a backstory, a place to be, and a life to live. As you play, you learn people's routines. If it's midday, you know Ryuji from the thrift store will be at Funny Bear Burger eating lunch. 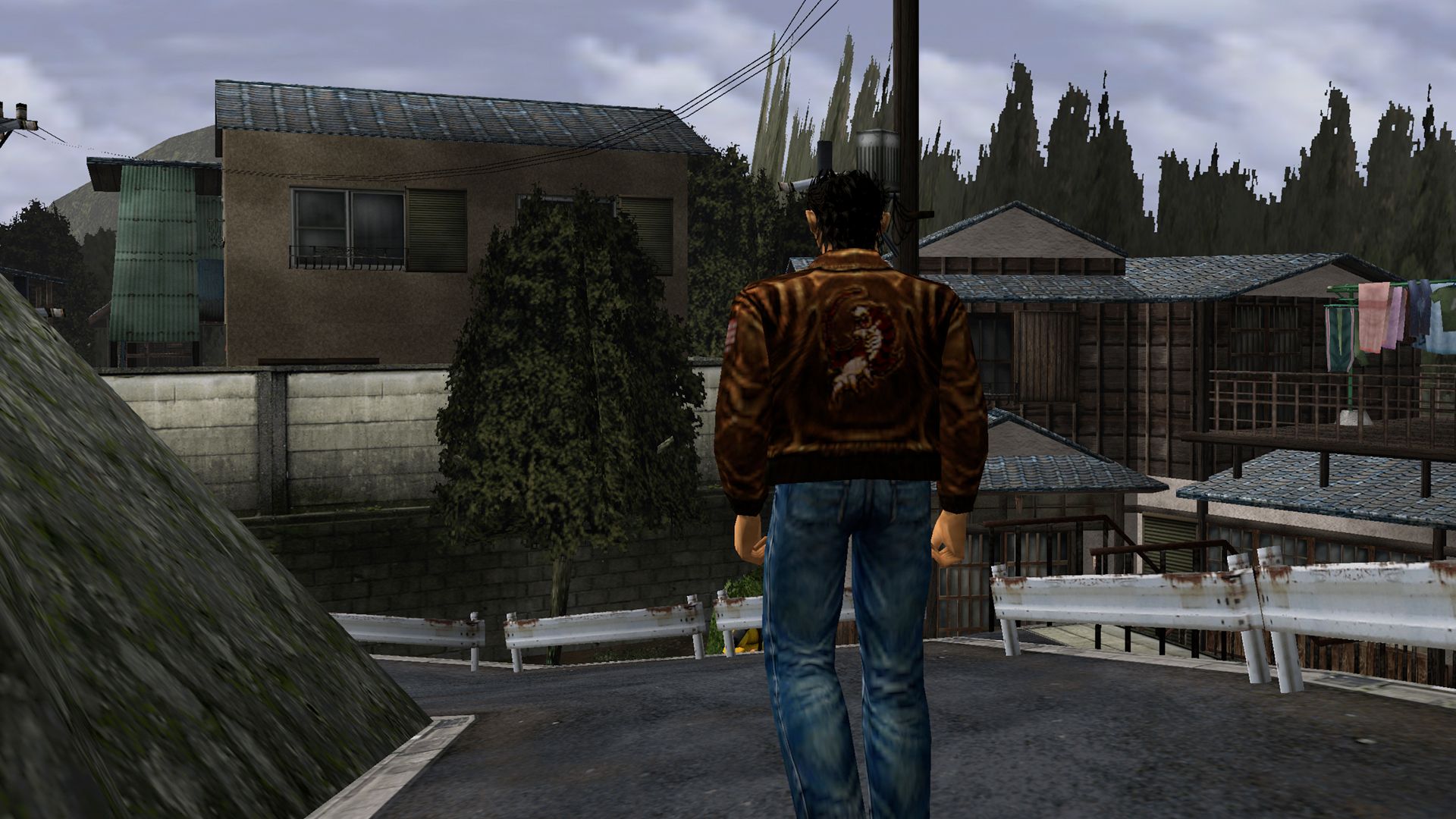 This doesn't sound like much on its own, and the systems governing this stuff are pretty simple. But when dozens of individual NPCs have these daily routines, it makes Yokosuka feel like an actual community. A place where people live and exist, instead of—as is the case in most games—just wandering around aimlessly to create the illusion of a bustling city. This is another important part of Shenmue's peerless vibe. It's not just the atmosphere that makes exploring it compelling, but the growing sense of familiarity that develops as you spend time there. It has the intimate, close-knit feel of a small town—mirroring the relationship Ryo would have with the place. People know your name and they've met you before. Play Shenmue for long enough and it starts to feel like home.

Shenmue is one of those games I often play just to experience the setting. In the same way I regularly dip into Red Dead Redemption 2 to aimlessly amble around Rockstar's stunning Wild West, I'll play Shenmue to spend some time doing nothing in particular in Yokosuka. These two games are light years apart in terms of detail, fidelity, and technology. Red Dead's reported $300-500 million budget makes Shenmue's $70 million seem paltry in comparison. But it's a testament to the passion and artistry of Yu Suzuki and his team's work that I consider both games equal in terms of world-building and atmosphere. Shenmue is a work of art, and I'm eternally thankful for that superb 2018 remaster for letting me return to Yokosuka without having to dig out my dying Dreamcast.