Morthal is a small and quiet city in Skyrim that stands isolated from the rest of the province. A recent scandal involving a burned-down house has rocked the town, though, and should you investigate it further, will lead you to discovering a dark secret about the events in the Laid to Rest quest.

The Laid to Rest quest in Skyrim is arguably the most significant thing you'll be doing in Morthal as there isn't too much to this quiet swamp town. With the constant twists in this quest, you'll want to see how it plays out — and ultimately, how it ends.

How To Start Laid To Rest In Skyrim 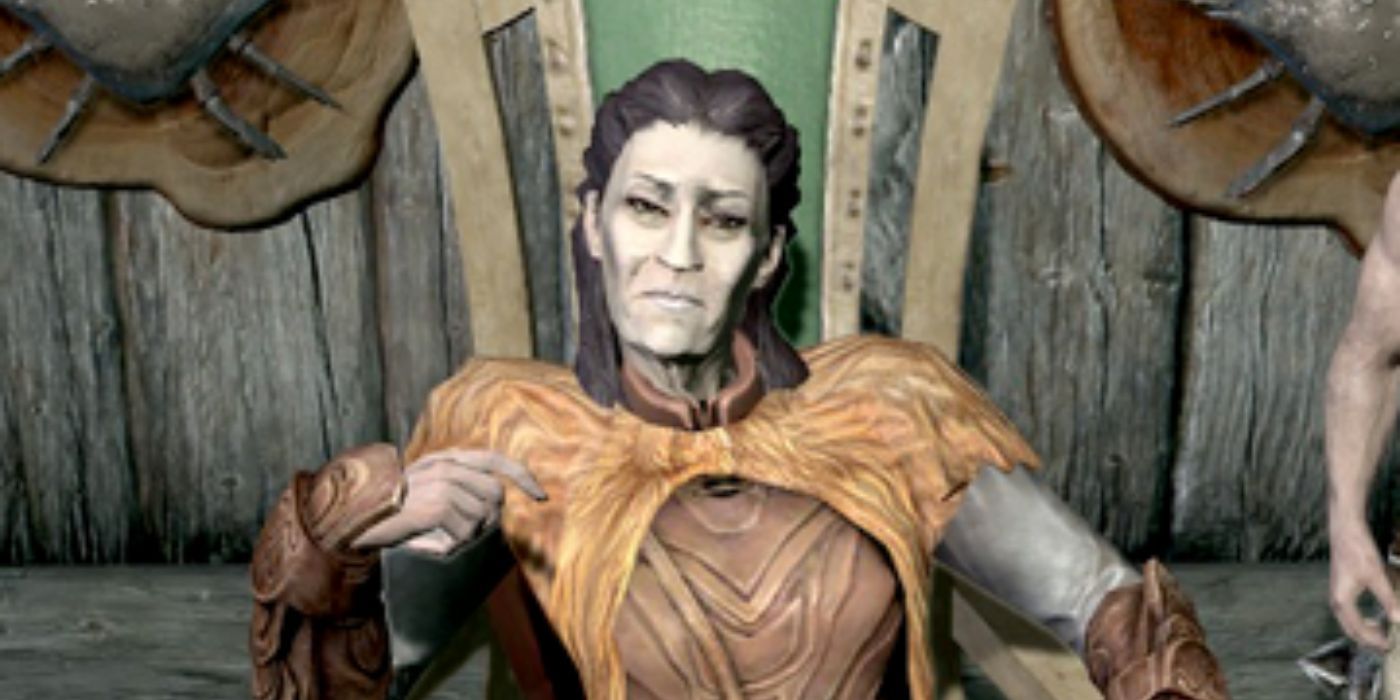 When you arrive in Morthal for the first time, you may notice a the remains of a house that burned down. Head to the Moorside Inn and ask its innkeeper, Jonna, about it. She'll inform you that a man named Hroggar owned the house and that his wife and child died in the fire.

People suspect Hroggar might have caused the fire, as the very next day, he hooked up with a woman named Alva. Jonna will point you to the jarl, Igrod Ravencrone (or Soril The Builder if you've helped the Stormcloaks secure the city) at Highmoon Hall if you're interested in investigating.

Investigating The House And Morthal 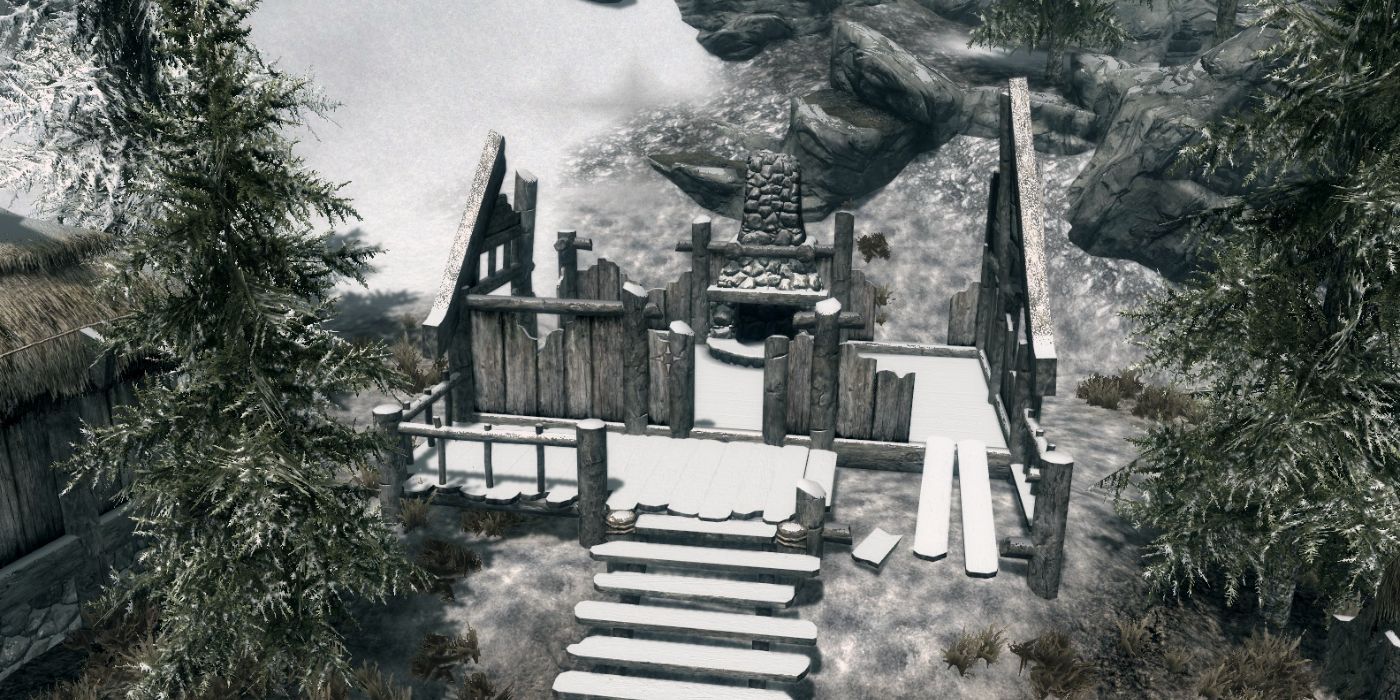 After you talk to the jarl, head over to the burned down house to investigate. Once there you will find the ghost of Hroggar's daughter, Helgi, in the corner of the house. You can ask her what happened, but she doesn't tell you much. Helgi will then ask you to play hide and seek with her at nightfall as her friend will be there as well — definitely not creepy at all.

Now, head back to the inn and ask Jonna about the ghost, and she will again point you to the jarl. Talk to the jarl again and ask about the ghost to find out that Helgi will be at the cemetery at night. Be sure to wait until nightfall if it isn't that time already.

Once nightfall approaches, head to the cemetery, which is above and to the right of the burned house. There, you will find a child's coffin where a woman named Laelette will attack you. It turns out this Laelette is a vampire. Once the vampire is dead, activate the coffin to hear about what happened from Helgi. 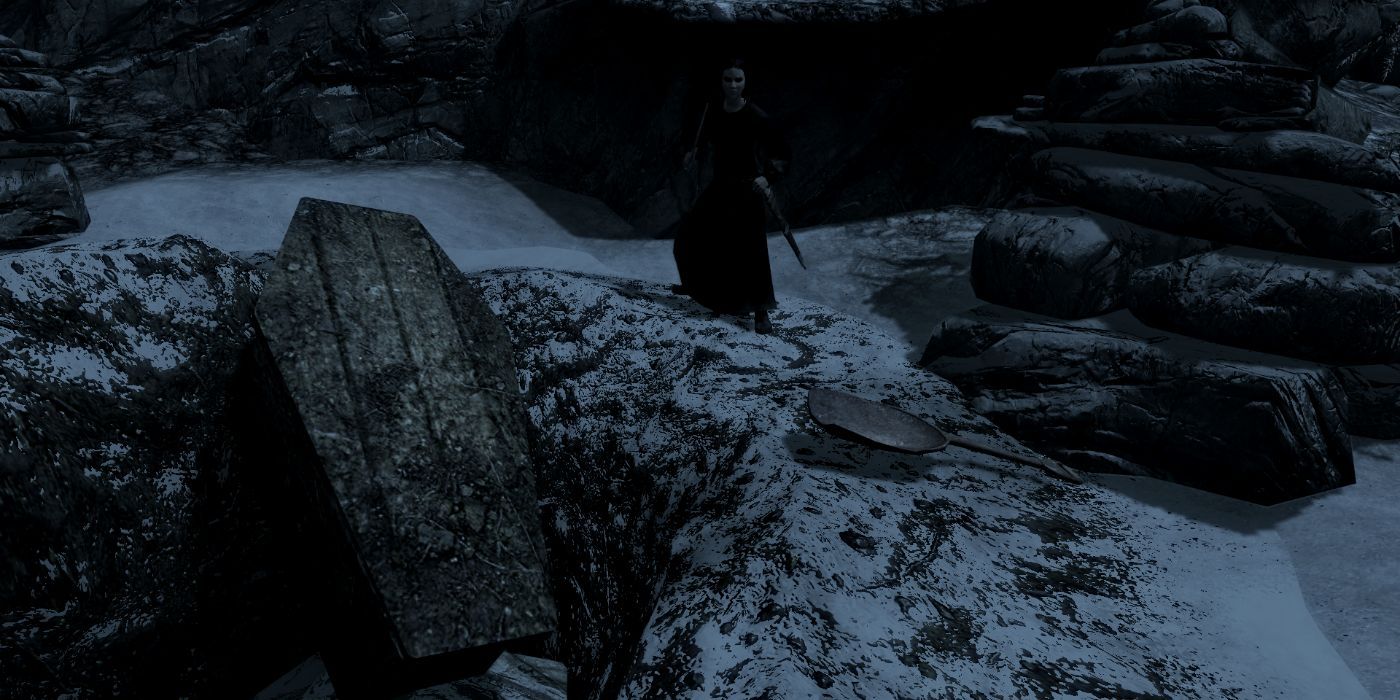 Helgi will reveal to you that Laelette was tasked with burning down the house in order to kill Helgi and her mother. Laelette tried to change Helgi into a vampire at the last moment and succeeded, but waited too long, as the child died in the fire anyway.

After this, a man named Thonnir, who turns out to be Laelette's husband, will stumble upon the scene and be obviously devastated over what happened to his wife onceyou tell him. He'll tell you Laelette disappeared at some point and that she started to talk to Alva just before her disappearance. He'll reveal that he actually talked to Alva the night she disappeared. 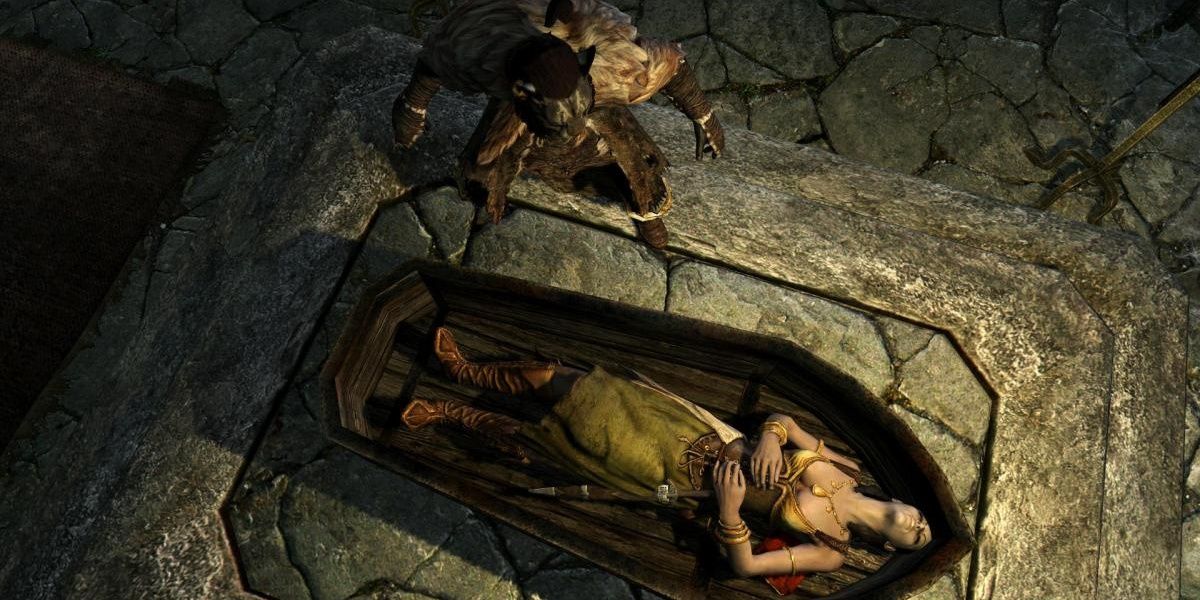 Head over to Alva's house after speaking to Thonnir to investigate it. You may have to pick the lock to get in so make sure no guards are around when doing so. When you head inside, Hroggar will be there and attack you on sight, meaning you'll have to kill him.

Head into the basement and you will find Alva's coffin and possibly Alva herself inside of it, depending on the time of day you enter the house. In the coffin is Alva's journal, which reveals she, too, is a vampire and serves a master vampire named Movarth. The journal reveals how the two plan on turning Morthal into a blood farm to have a constant supply of fresh blood on hand.

Return to the jarl with this revelation and they will reward you with some gold that varies in amount based on your level. Now the jarl will ask you to deal with Movarth, which serves as the second part of the Laid to Rest quest in Skyrim. 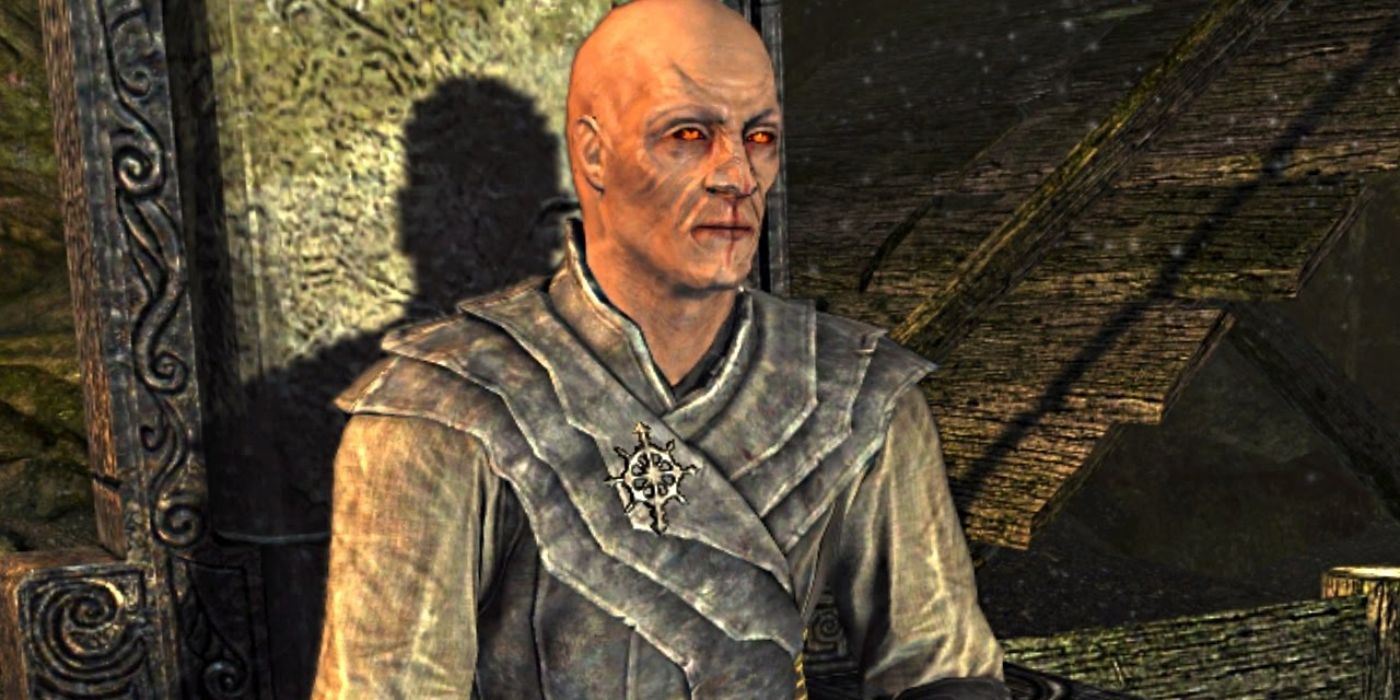 Movarth's Lair is located to the northeast of Morthal. Inside, he dwells with vampire thralls and other vampires. Before you head there though, you'll notice that Thonnir has gathered an angry mob outside of Highmoon Hall to help you out. Here, you can tell them to stay, since they will most likely die if they come. You can also allow just Thonnir to come. Either way, head over to the lair to take on Movarth.

Head inside the cave, where you will encounter some frostbite spiders. Keep pushing forward until you run into a dining hall area where Movarth is seated. Alva may be found in one of the back rooms (the one with bedrolls in it) but will be killed by the other vampires if you didn't encounter her earlier.

Movarth is a skilled conjurer and he can resurrect dead allies nearby to increase his numbers. Be sure you have plenty of healing potions on hand as well as some resist magic potions and drain magicka poisons, as that is his best weapon. Movarth can turn invisible, so be sure you have Laid to Rest as your active quest, as the quest marker tells you where he's at. You can also sneak to a hidden spot and shoot him with an arrow if you have a high enough sneak rating. Keep hitting Movarth hard until you finally kill him and save Morthal.

Now it's time to head back to the jarl to deliver the good news. On the way out of the cave, you will encounter Helgi again and she'll thank you for what you did. She will then say she is ready to sleep before disappearing, having properly been laid to rest in peace.

Upon reporting back to the jarl, you will receive more gold, which again varies based on your level. You'll now be one step closer to becoming the thane of Morthal. Should you own the Hearthfire DLC or any of the special editions of Skyrim, you will also be able to purchase Windstead Manor from the jarl's steward for 5,000 gold. 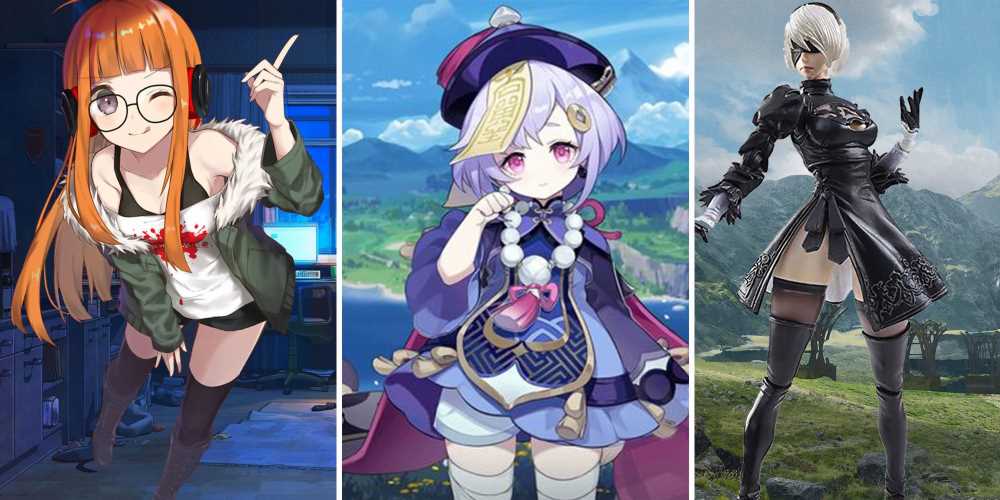 The Most Iconic Outfits In RPGs