Skyrim Mod Finally Lets You See Your Character In The Inventory

The recently released mod for Skyrim known simply as Show Player in Menus finally lets you see your character in the inventory screen. While this might not seem like much given that you can do this in just about every other Elder Scrolls game, the mod actually represents a rather impressive little feat of software engineering.

The person behind the mod, MyztikRice, describes the project as a “Skyrim Script Extender mod that rotates the camera around to face the player in menus.” When it comes to features, the mod “includes options for player and camera position and rotation of the character in menus with additional mod support for mods like SmoothCam/ TDM and works in Inventory/ Container/ Barter/ Magic menus.” According to MyztikRice, the mod was “based on Oblivion Style Inventory and updated for SE/ AE using CommonLibSSE-NG.”

This actually is the second time that someone has managed to make your character visible in the inventory screen, a project known as Oblivion Style Inventory Character View having pulled off this technical marvel a couple of years ago. The mod was on the other hand a little bit unpolished, resulting in some rather serious bugs and glitches, frequently breaking the camera. Show Player in Menus however works pretty much perfectly. 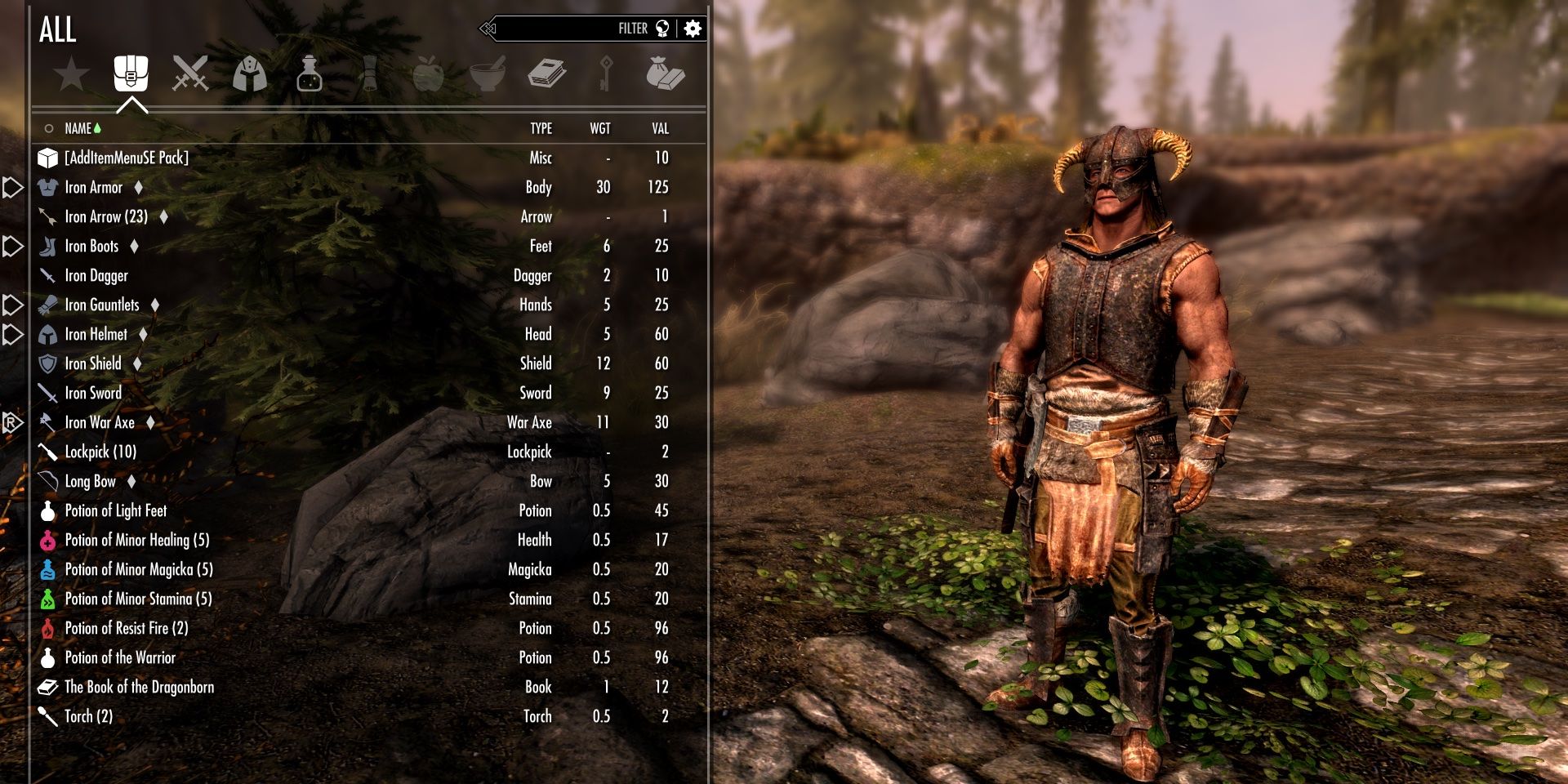 There are several options which can be adjusted in the mod such as the ability to disable camera movement during combat when opening the inventory. Players can also see a selected armor piece floating in the air while viewing their character. These are only minor improvements, but they give you the ability to customize your gameplay experience, always a welcome addition.

MyztikRice apparently made the mod compatible with most user interface replacements in addition to various other camera improvements like SmoothCam, Customizable Camera, ImprovedCameraSE, and even major overhauls along the lines of True Directional Movement and Skyrim Souls RE.

As for the installation, Show Player in Menus comes with quite a few dependencies, namely SKSE. You also need to have Address Library for SKSE Plugins and MCM Helper in addition to SkyUI. The mod has a couple of known issues, MyztikRice noting that “when in first person or with a weapon readied, opening an enabled menu at extreme angles beyond eye level will retain the same angle within the menu” and opening a book “when book 3D previews are disabled will cause the book animation to start from off the screen.”