The player character in Skyrim has always been the Dragonborn, but they could never actually become a dragon. The mod known as Feral Dragon Avatar has now made this a reality by adding a shout that transforms you into one of several different weredragon forms.

These weredragon forms each come with a set of costs and benefits. Feral Dragon Avatar also features a custom perk tree and a special sidequest. According to the official description, the mod “adds a unique shout to the game along with a very simple quest to obtain it. The shout lets you transform into a dragon-like creature and it comes with different classes, powers, and a custom perk tree.”

The player behind Feral Dragon Avatar, KataPUMB, explained the importance of the mod. “I've been a fan of DogTown1﻿ Dragonborn Werewolf Replacer﻿ for a long time and I used to mix the transformation with other mods to achieve the weredragon form, but when mixing mods like this, you lose the objective of the original werewolf form and the weredragon is not as good as it can be,” KataPumb noted. “I mean, it works, but not quite how I would like. So, I made this.” The results definitely speak for themselves.

Feral Dragon Avatar features numerous different types of weredragons including Red, Silver, and Black that each have their own unique breath attacks and special abilities in addition to weaknesses and resistances. You can use any shouts or lesser powers while in your new form. You can loot items and objects without transforming back into a human, but the mod prevents you from equipping any items or spells. “You also are flagged as a dragon when transformed, so you will trigger special dialogues when fighting foes,” KataPUMB pointed out. 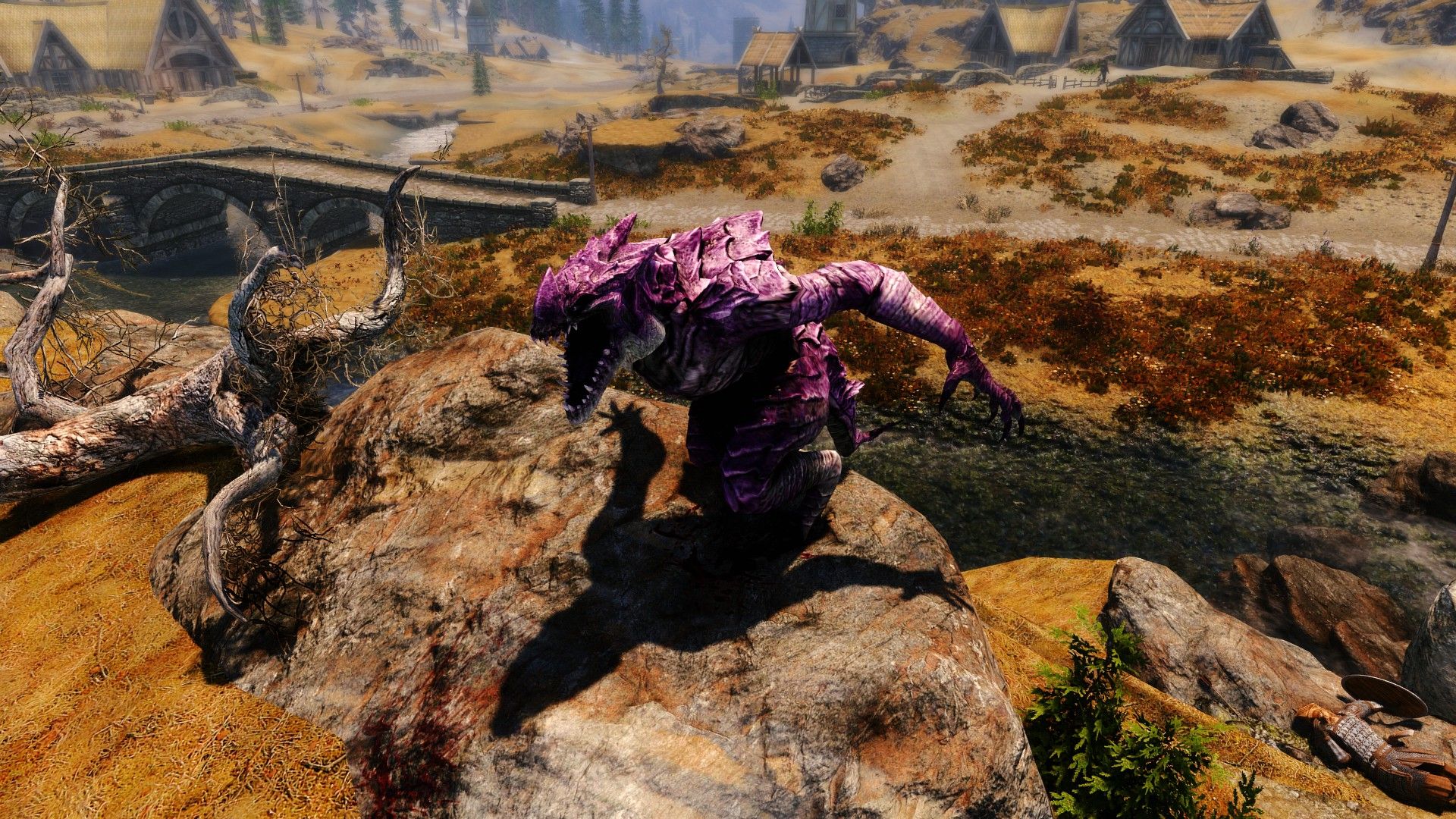 The perk tree involves using the souls acquired from slaying dragons to rank up your abilities. “Since this is a dragon centered mechanic, it uses dragon souls instead of perks,” KataPUMB explained. “Most of the effects scale with unused dragon souls, so you have an incentive to kill dragons and to keep their souls.” KataPUMB added that “if you add yourself an unreasonable amount of dragon souls, you will mostly kill everything with ease and have an enormous pool of health and stamina.”

KataPUMB claims that Feral Dragon Avatar is compatible with every other mod for Skyrim. “Not a single vanilla record has been touched in the making of this mod,” KataPUMB said. “I've also cleaned it with TES5Edit, so it should be compatible with any mod out there.”