Everyone who was hoping for the next Super Smash Bros. Ultimate DLC character to be from ARMS, raise your hand – about fifteen feet in the air, naturally. Your time has come. There’s just one snag: we don’t know which character it’ll be just yet.

Now, it’s probably safe to say that long-time Smash Bros. fans have learned to temper their expectations when it comes to DLC reveals. We’ve all got our wishlists and our dream Smashers (both the likely and the super unlikely ones), but Sakurai and the team can’t cater for each of us individually and it’s impossible to please everyone. The addition of King K. Rool and Ridley in the base game went down super well, as did Banjo and Kazooie’s DLC release, but some of the new characters have been more of a mixed bag.

The first Fighters Pass was completed when Fire Emblem: Three Houses’ Byleth was released in late January. Needless to say, the fanbase had mixed feelings about yet another Fire Emblem representative joining the roster (and the choice of Byleth in particular), but you’ve got to roll with the punches when it comes to new fighter reveals.

With the second Fighters Pass now in development, thoughts have turned to just who the heck we might see next, and the surprise Nintendo Direct Mini of March 26 lifted the lid on the next new character at last. Well, kind of. 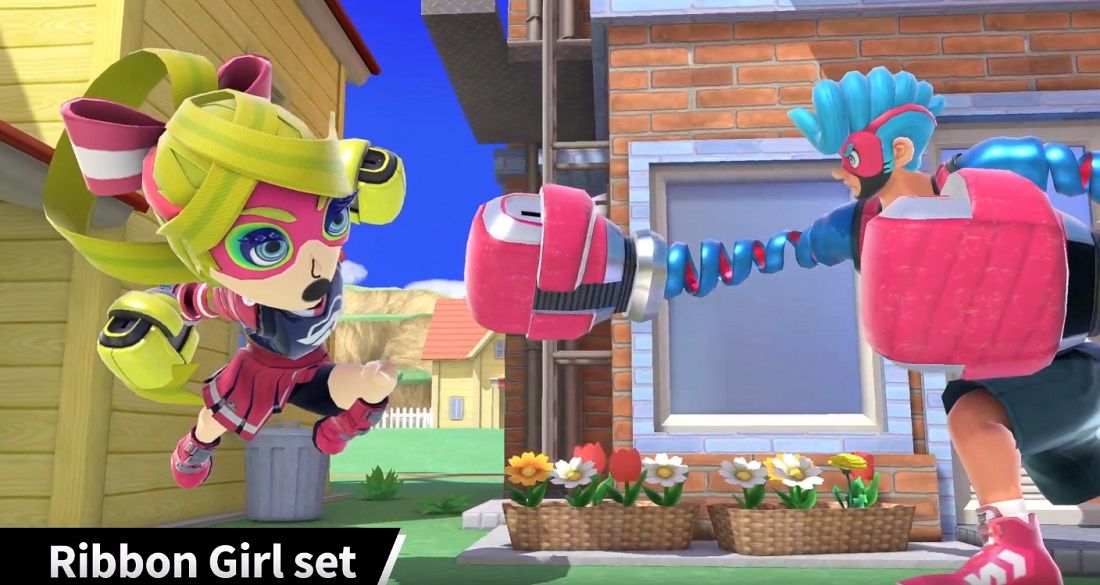 Midway through the presentation, we’re told that the next fighter, wave 6 of the DLC, will be… (then the screen fades to black, and the dreadful earworm that is ARMS’ whoa-oh-oh-oh-oh-oh main theme begins) …joining the battle from ARMS! Interestingly, though, we’re not told which fighter it will be, as a montage of all of the game’s cast plays in the background.

With that, we’re simply told that this mysterious fighter needs a little more development time and will be announced –and released—in June.

So, there are two main takeaways from this. The first is the huge, extra conspicuous polka-dot elephant in the room: they’ve picked an ARMS character, of all things. That’s probably not going to go down too well. Secondly, which character? Could it be a Bowser Jr. type situation, where the alternate ‘colors’ are a different fighter each? With Spring Man already in the game as an Assist Trophy (so there goes that theory), Ribbon Girl would seem the most likely candidate (although she’s already a Mii Brawler costume, as you can also see above), but we’ll have to see what the team have in store for us in June.

Check out the announcement for yourself at the 14: 10 mark below: