Solar Ash: How To Find All Eternal Garden Voidrunner Caches

The Voidrunner Caches in Solar Ash are the only real collectible the game has and they give you a lot deeper look into the crew of Voidrunners who dove into the Ultravoid to save their planet from destruction.

Collecting all the Caches in a zone also gives Rei a new suit based on the crew member in the Caches. Each suit does something different and they all have very unique looks. The Eternal Garden is one of the most visually interesting areas in Solar Ash but its Caches can be a bit difficult to find. So, without further ado, let's see where they're all located.

Cache #1: In A Building On That Tall Cloud Plume 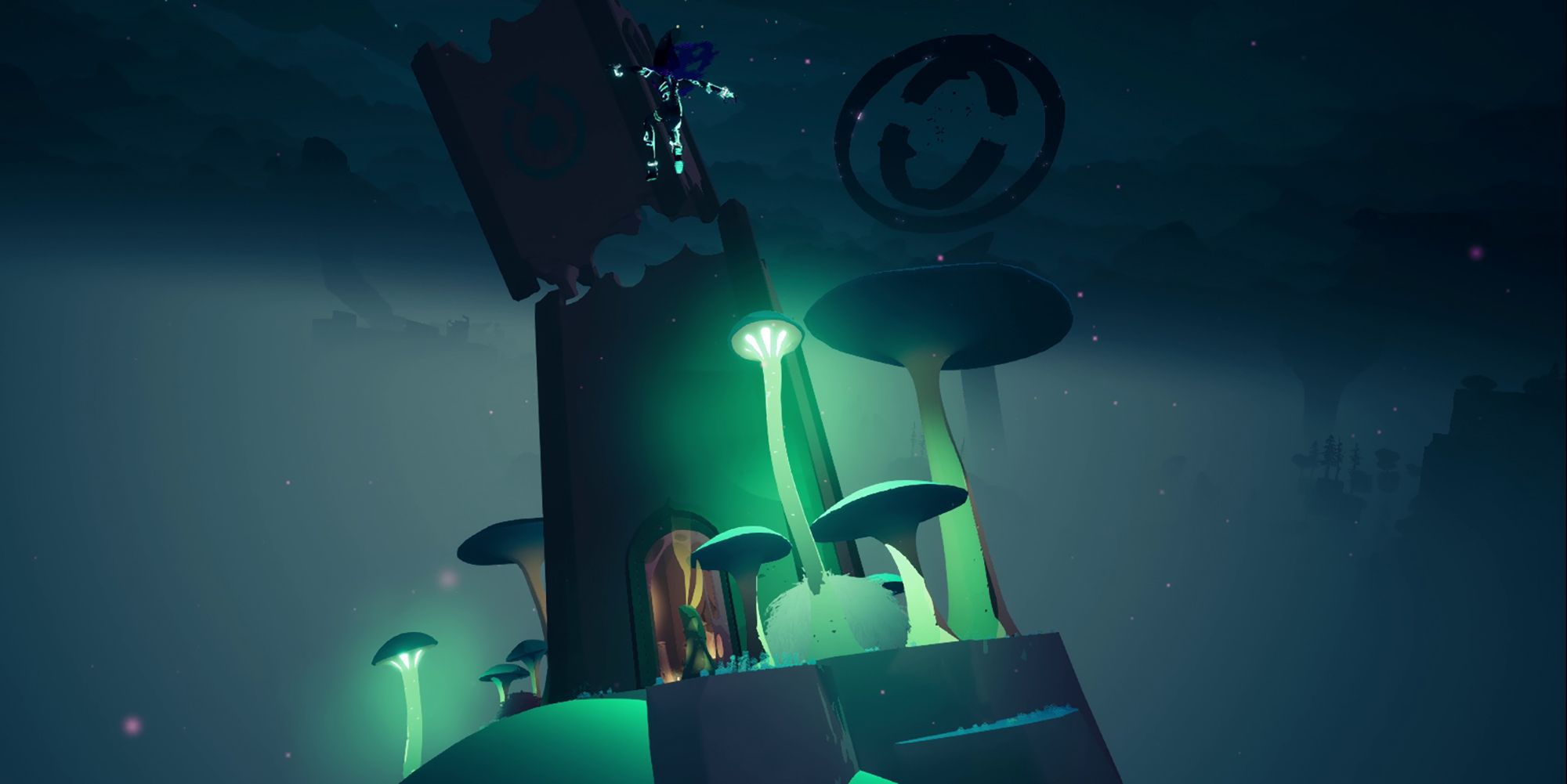 The first Cache isn't found until you find Cyd's activation platform, thankfully, as this platform also functions as the Fast Travel spawn location, meaning you can just Fast Travel back here after each Cache is found to save a bit of time (something we didn't think about until it was already too late). Facing away from the Cathedral in front of this platform, look out at the cloud sea for a tall, solitary plume of cloud that stretches straight up.

Cache #2: On Top Of The Gigantic Bones 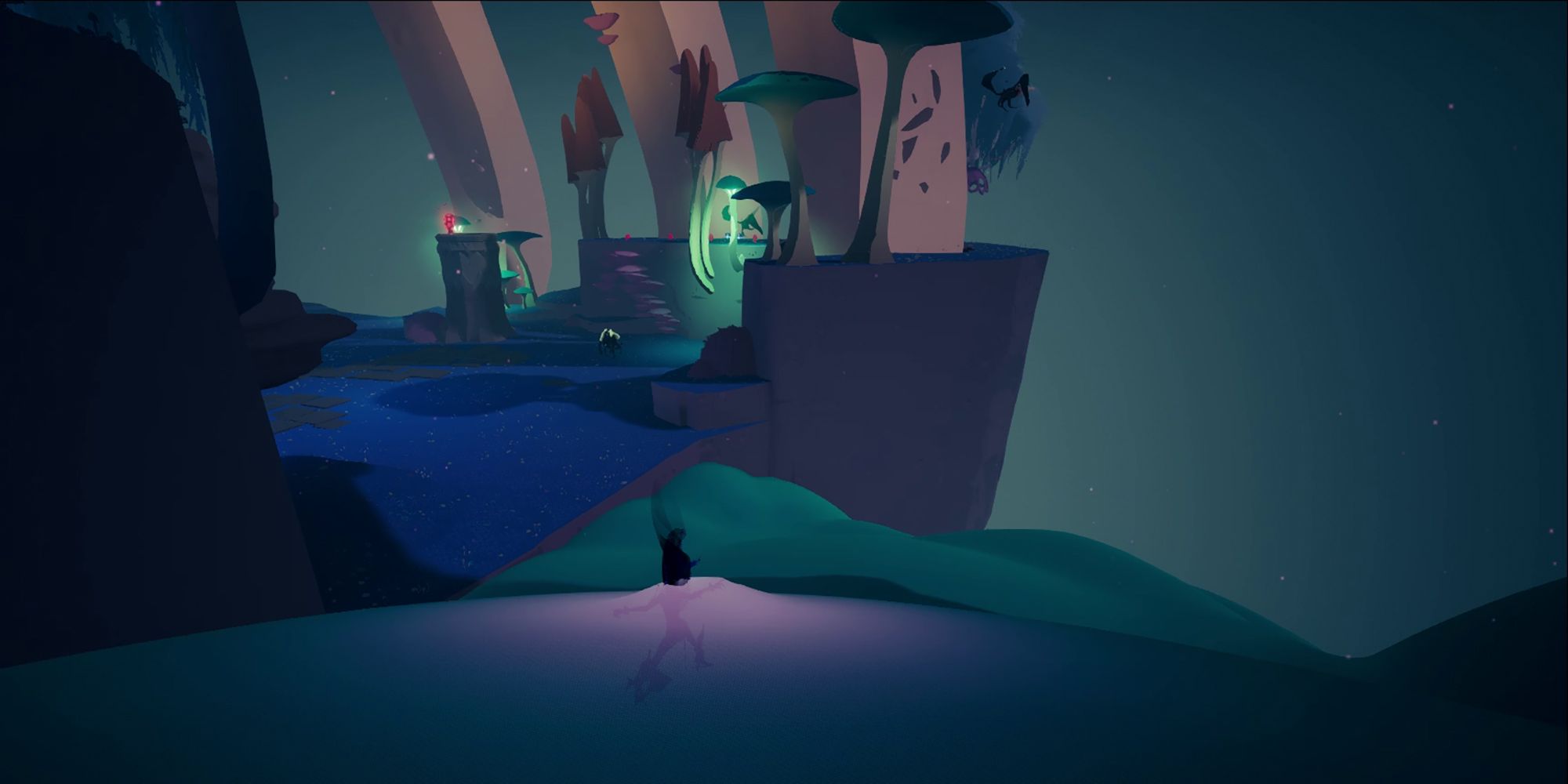 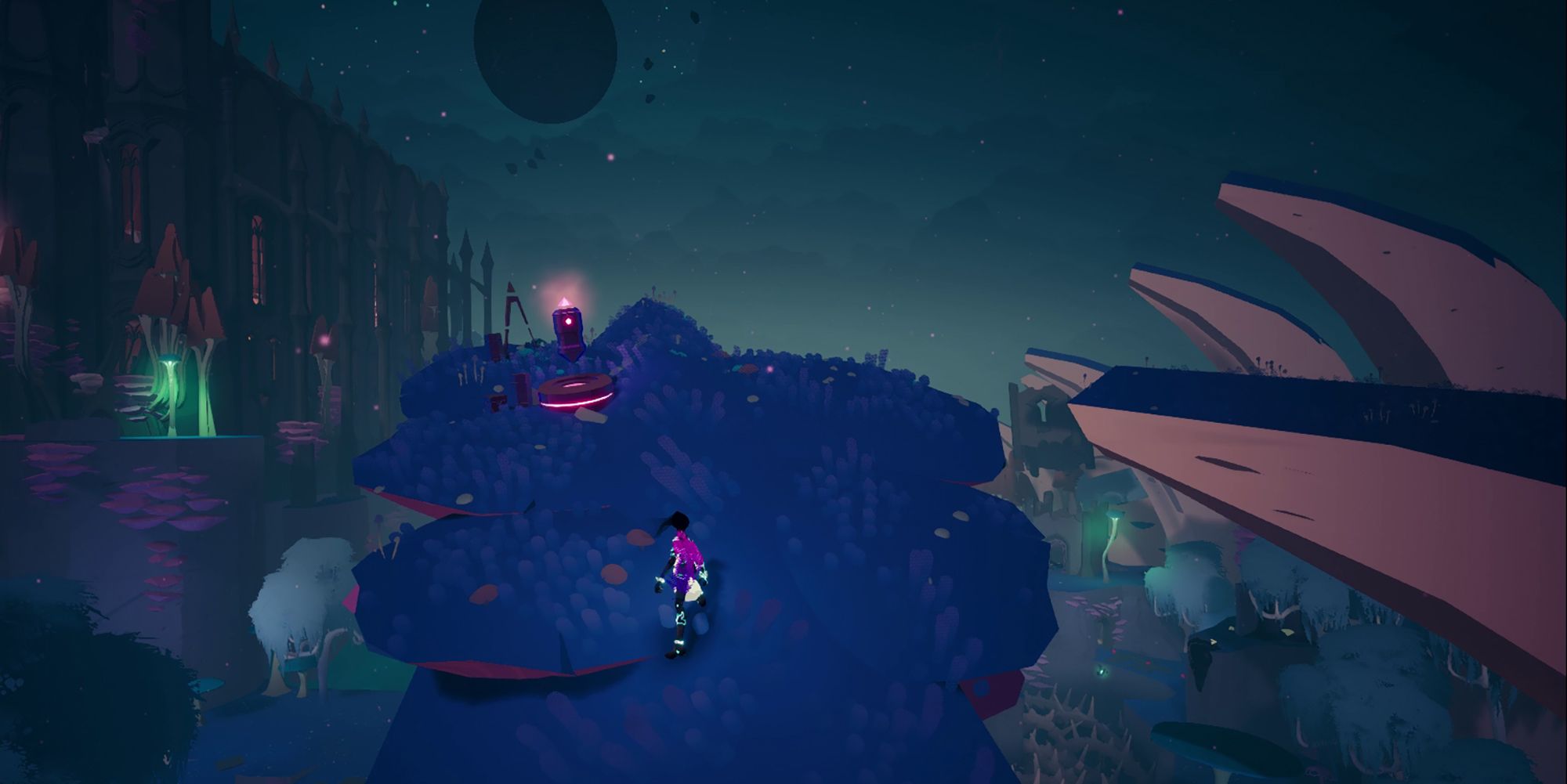 The next Cache is rather easy to get to from the first one. Simply go back down the tall stretch of clouds the first Cache was on and head to the right of the Cathedral entrance. Look around to the far right until you see a red "fruit" on an elevated patch of land and some gigantic bones extending out above it.

Climb the black goop next to the red fruit and then continue climbing up more goop on the back of the gigantic bone. Careful though, as there are a couple of those bird-like Void-creatures hanging around this patch of ooze, so take them out as you climb. Once you reach the top, the second Cache should be easy to see right there in front of you.

Cache #3: Near The Exit To The Underground 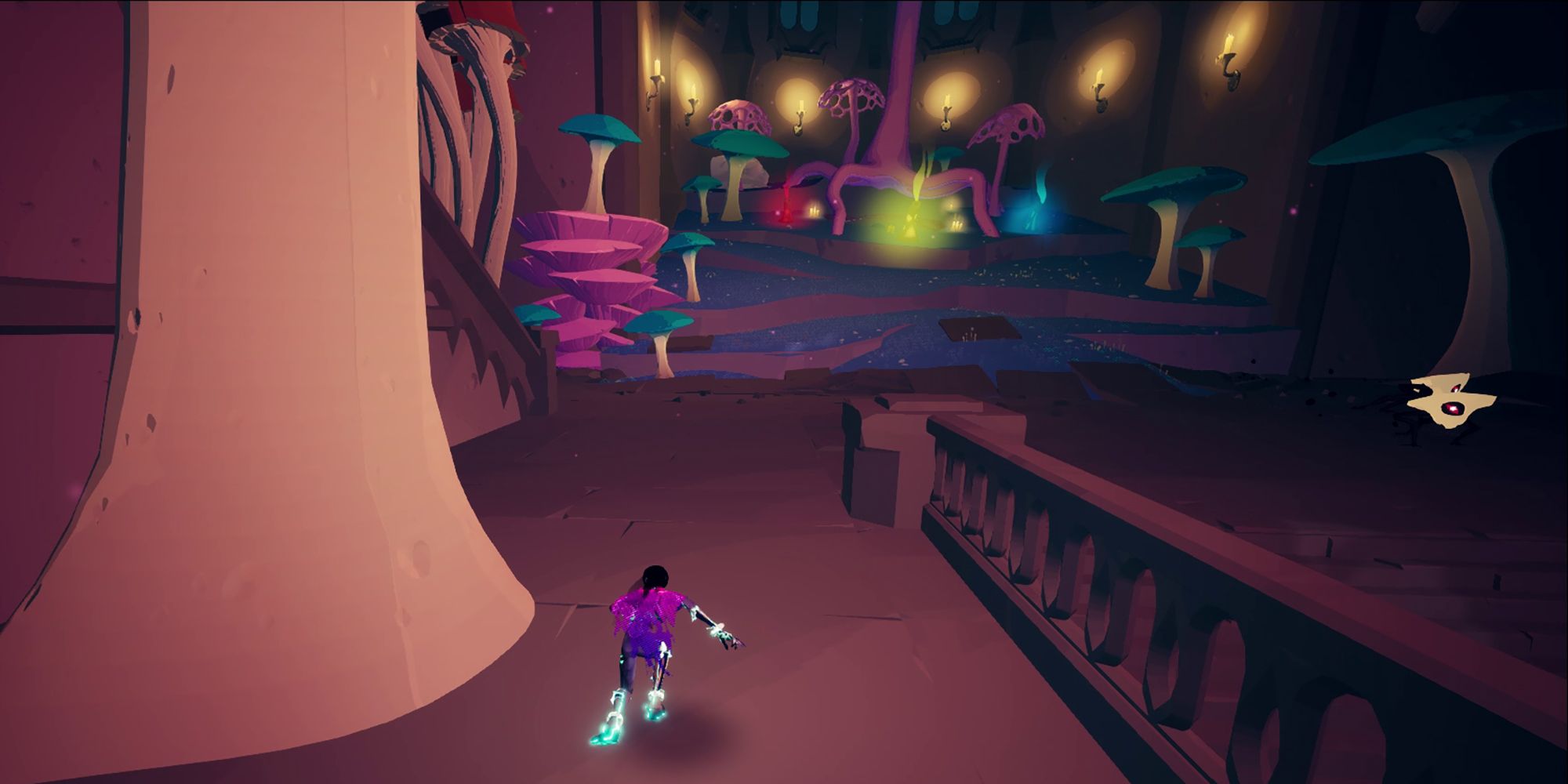 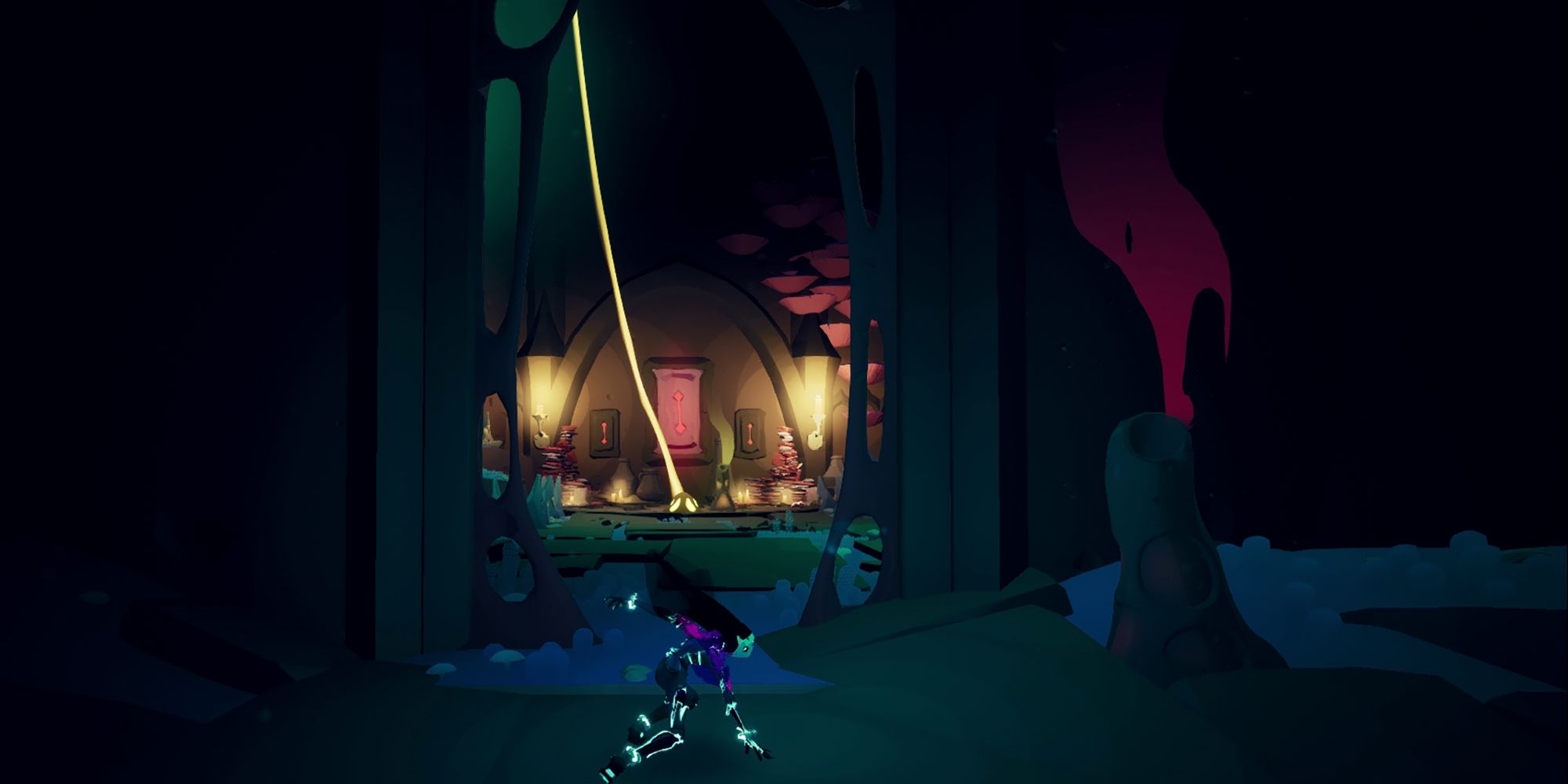 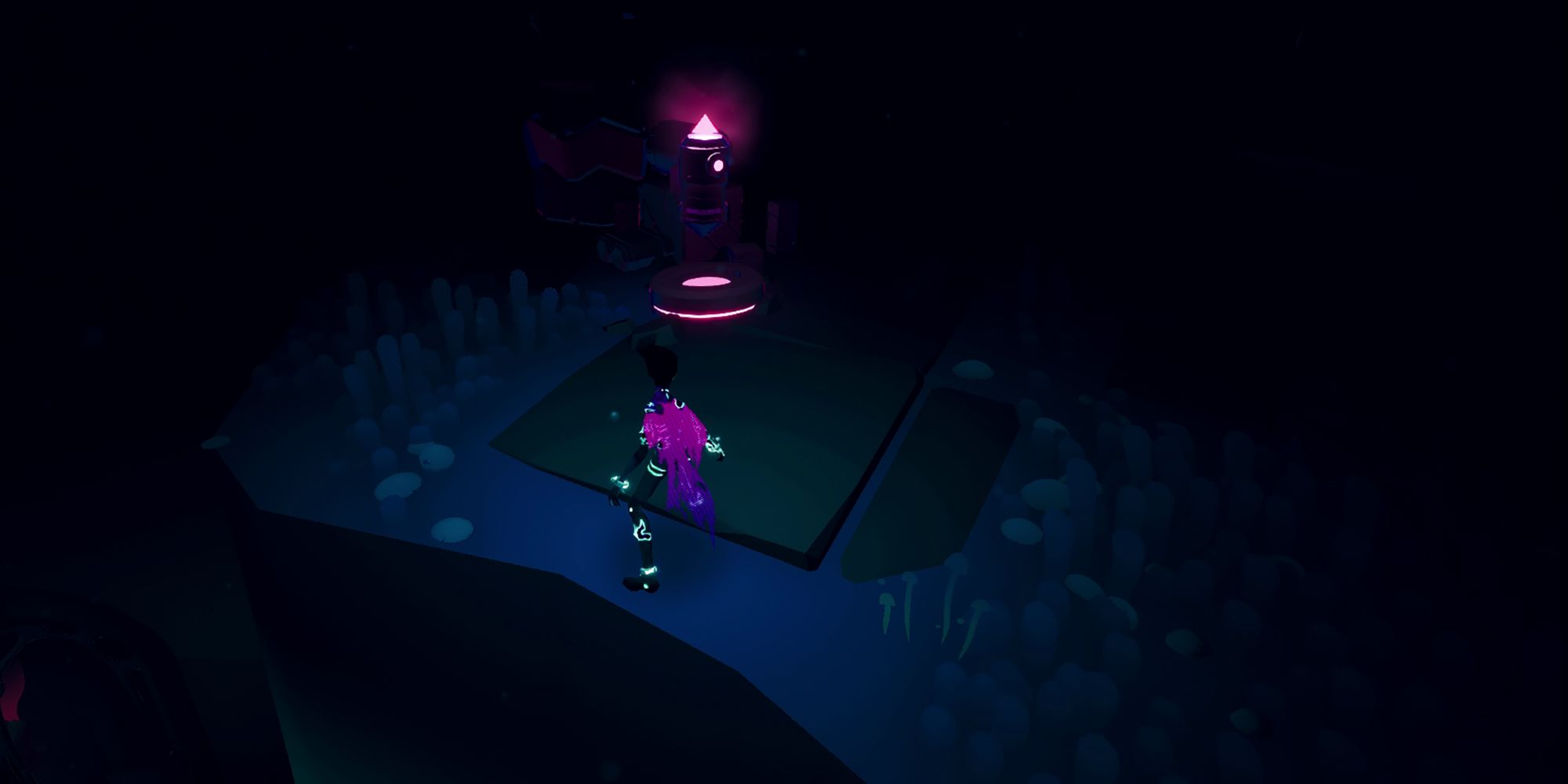 This one should be incredibly hard to miss, yet we had to backtrack to find it all the same. Once you head underground using the hole in the back of the Cathedral interior, go through this pitch-black area without worrying about looking around for the Cache. But, once you unlock the grind rail leading back up to the surface, that's when it is time to look around.

In the room with this exit grind rail is the Cache, it's just up on some raised platforms to the left of the entryway. All players have to do is climb the right side of the room, then use the height to jump over to the Cache on the left side.

Cache #4: On The Left Side Of The Cathedral 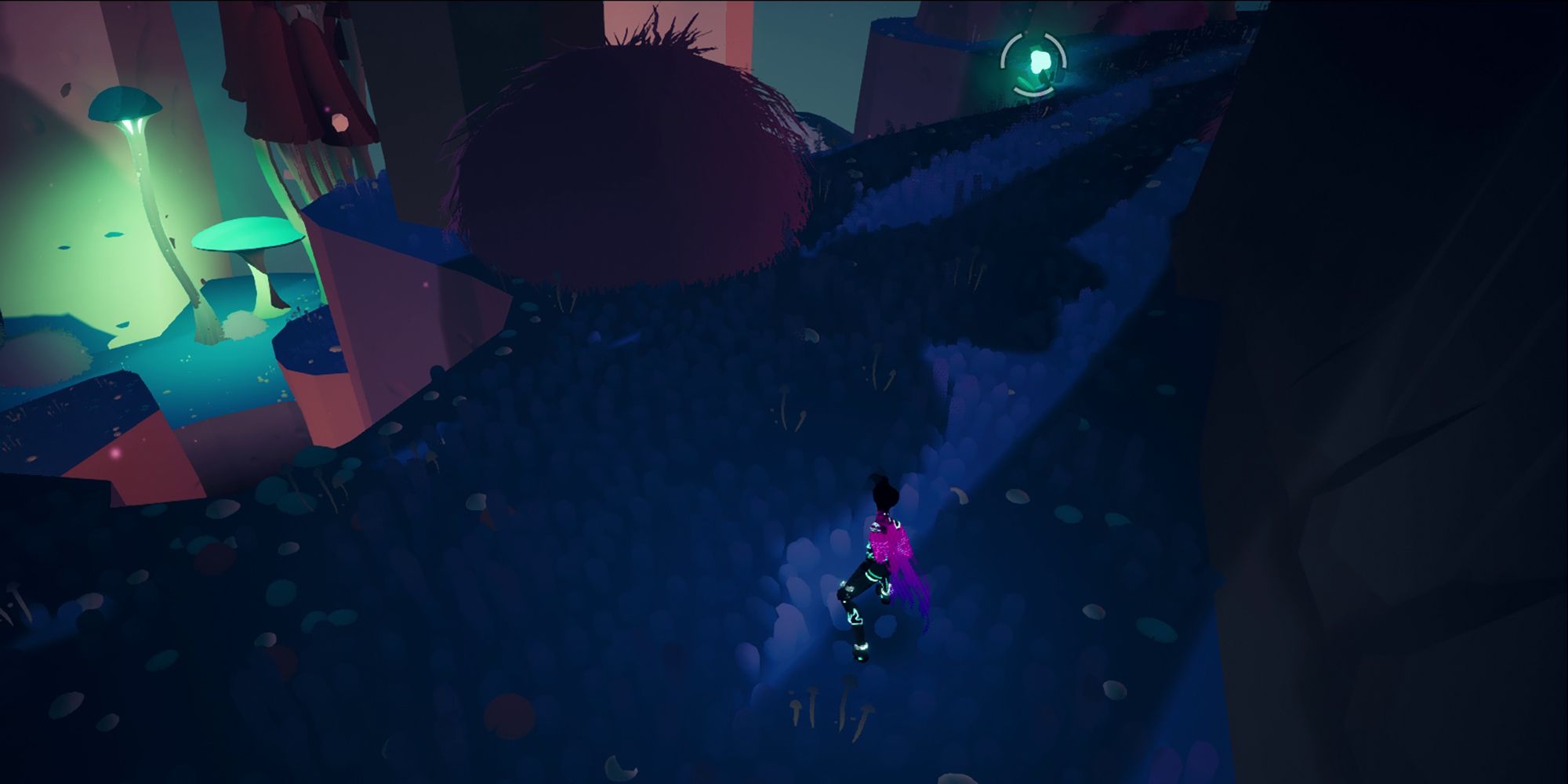 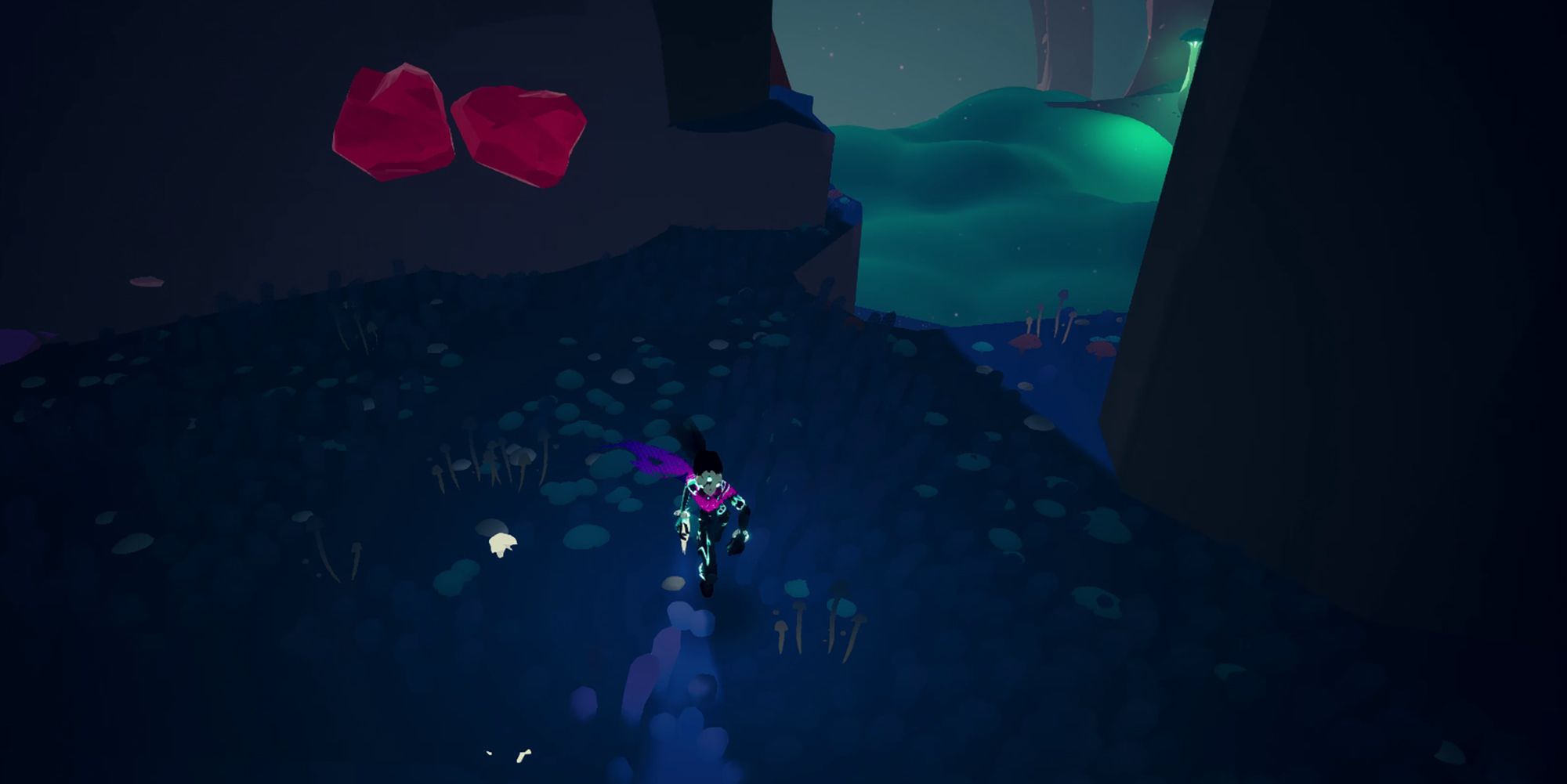 It only makes sense that if there is a Cache on the right-hand side of the Cathedral, and one under it, that there should be one on the left-hand side as well. Head back to the Cathedral entrance then head to the left until you find the series of platforms over an expanse of spikey vines. The Voidrunner Sigil should be easy to see on one of these platforms and tells you that this is the right way. Climb the platforms then grapple up to the stretch of land right next to the Cathedral.

You can head back in the direction of the Cathedral entrance while up here to reach a dead end with a handy Plasma crystal on the wall to break, but the Cache is in the other direction. Head back to the grapple point and follow the building around to the right and the Cache should be right there.

Cache #5: Right Above The "Keeper Of The Rites" 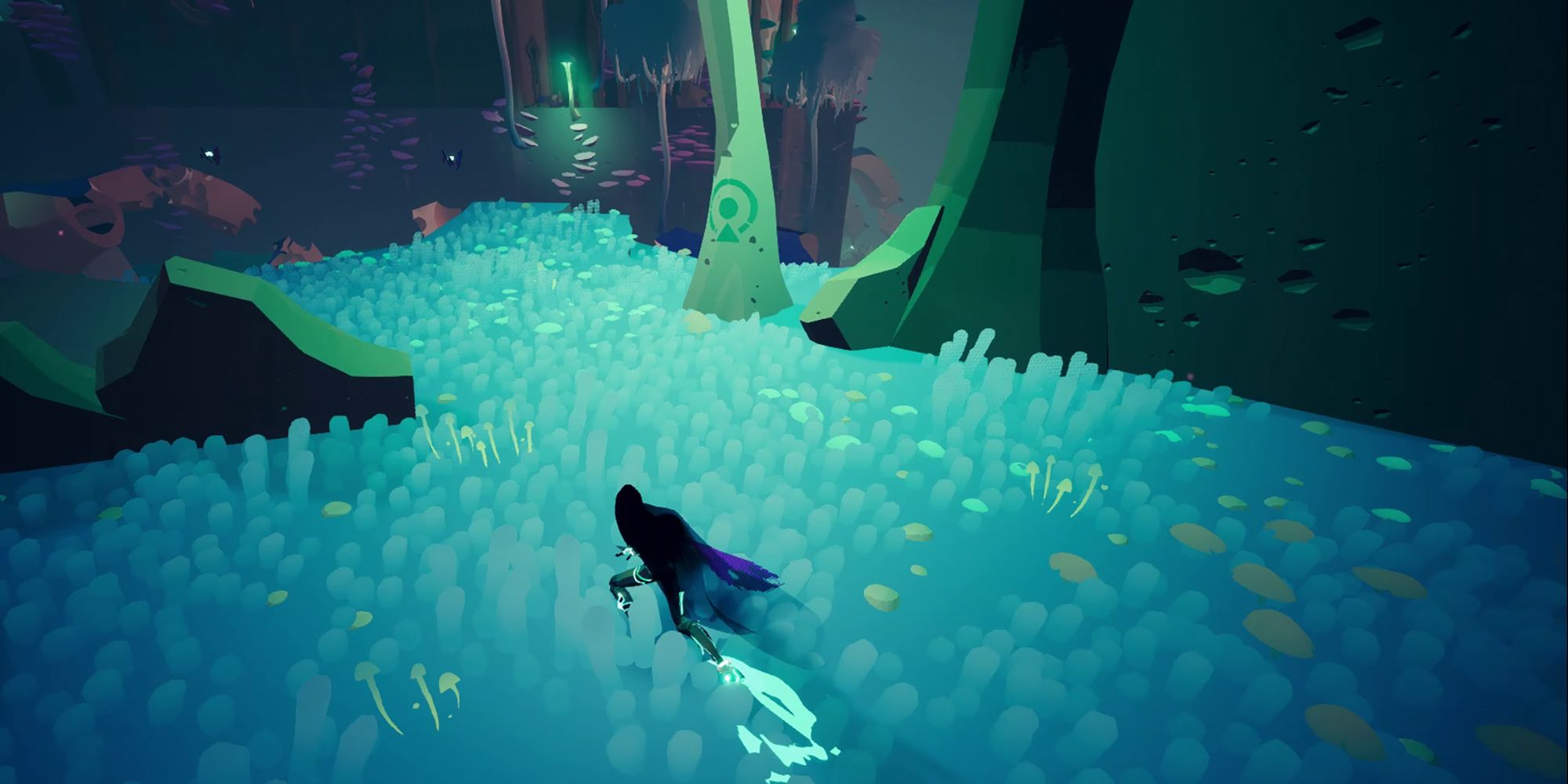 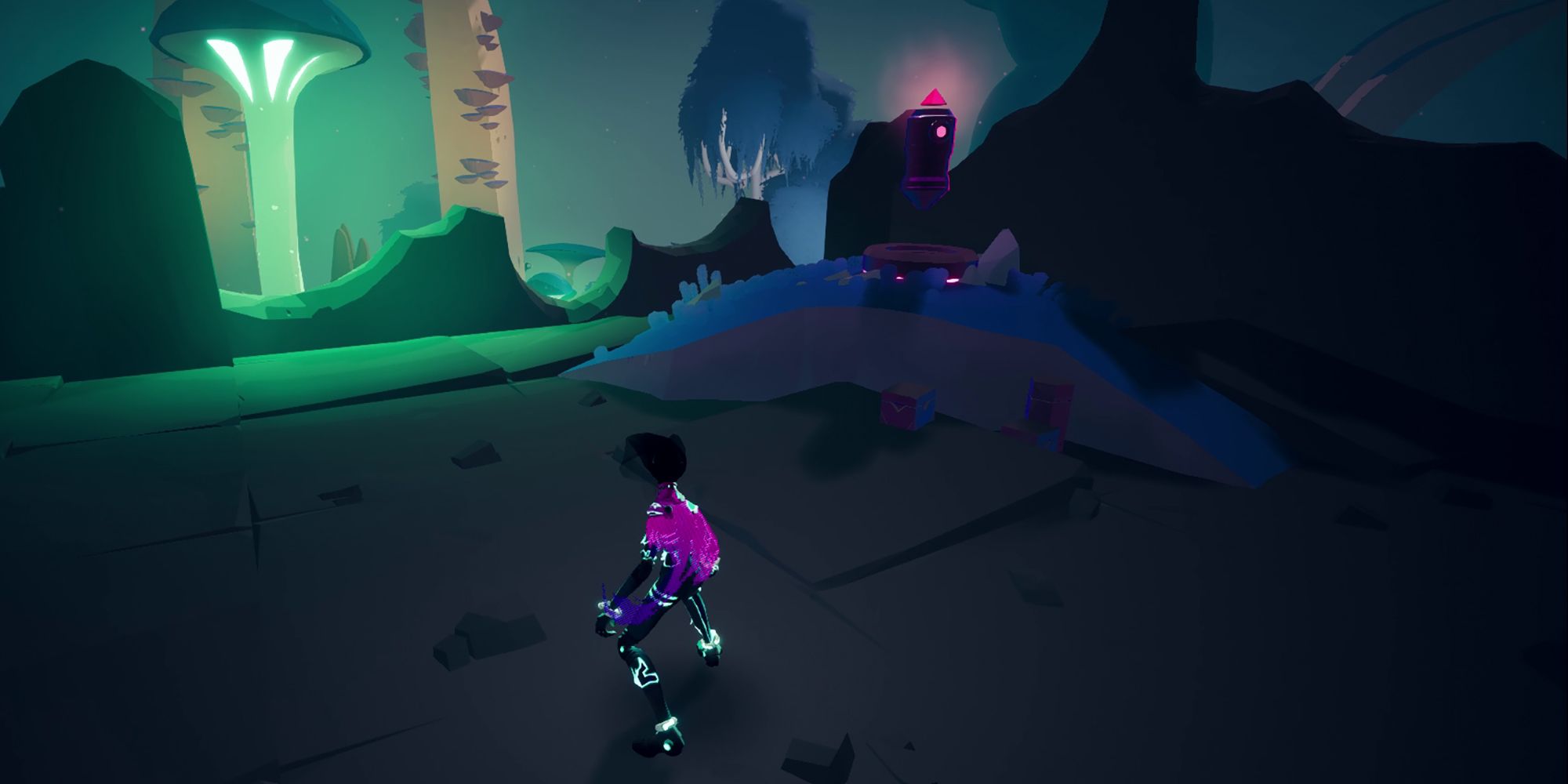 The final Cache makes more sense if it was labeled as the third one, considering how close it is to the second Cache, but we're not the ones who numbered them. In any case, head back to where Cache number two was with the glowing red fruit-like object. Use the red "fruit" and bring the red particles to the red receptacle nearby to activate a grind rail. Then, ride it up to the area directly above the cave where the "Keeper of the Rites" fungal elder is found.

After grinding up here, follow the path upward until you reach the checkpoint, then look to the left for the Voidrunner Sigil glowing on the tree. Next to it is a perfect spot to jump onto more giant bones. Use the grapple points connecting these rib-bones and you should be able to easily see the final Void Cache sitting on the building up ahead. After grabbing this you'll get Pyat's Suit, which is incredibly useful as it restores one shield pip for every enemy killed.