“System and method for generating user inputs for a video game” reads US Patent Application number 20210031110, submitted by Sony Interactive Entertainment on August 1, 2019, and approved on July 15, 2020. The patent basically seeks to replace the standard game controller with common household objects. Technically it could be anything, but the patent has some pretty funny technical drawings of a banana with Xs, squares, and triangles on it, so we’re going to stick with bananas.

“Most video games allow players to provide player inputs by one or more of: pressing physical buttons on a games controller, performing motion with a motion controller, or making gestures with their limbs. For motion controllers, these typically include either light sources or motion sensors (such as e.g. gyroscopes, accelerometers) which enable the position of the motion controller to be tracked during playing of the video game,” explained the patent. “It would be desirable if a user could use an inexpensive, simple and non-electronic device as a video game peripheral.”

We’re not sure how desirable it is to replace a perfectly fine DualSense with a banana and some complicated cameras, but then again, we’re not a multi-billion dollar games company like Sony.

Anyway, the system is sort of like the Microsoft Kinect if you can remember that horror show, but instead of digitizing the user, the system digitizes and creates a three-dimensional image of an object held in the user’s hand. That object then gets interpreted as the game controller, with certain areas of the object mapped to certain buttons or the entire object serving as a motion controller. 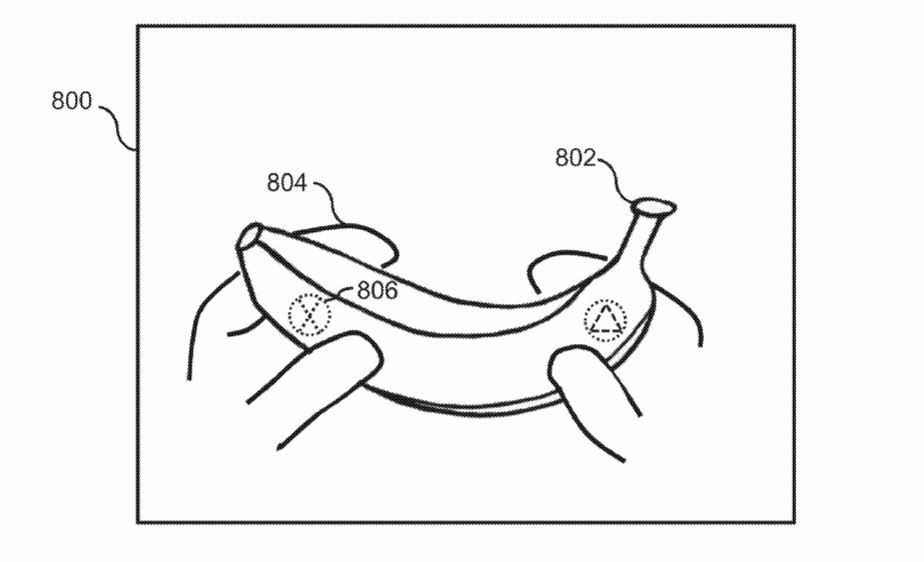 Thus, you can get a banana to become a controller with all four PlayStation buttons, or you can turn a banana into a steering wheel or flight stick. You can even dual-wield bananas as firearms under this proposed system.

Keep in mind that this is just a patent and is extremely unlikely to ever see the light of day. But considering we’re already on a very dark timeline, we wouldn’t be all that surprised if everyone’s controllers were replaced by fruit a few years down the line.