When you delve into the Persona 5-inspired world of Soul Hackers 2, you find yourself fighting all the agents of evil that are trying to bring about the end of the world. What better way is there to take them down, than by upgrading your Summoner’s Comp and dealing that extra damage you need to take those enemies down?

Once you’ve met Tatara and have been visiting the Mansei Realm often enough, you’ve probably come to realize how important upgrading your COMP really is. With a wide variety of affinity upgrades, don’t forget that you can also acquire Master Upgrades (those are the ones that have a star icon), but these don’t stack. They cancel each other out, so if you want to reapply for the previous Master Upgrade, you’ll need to pay up again. 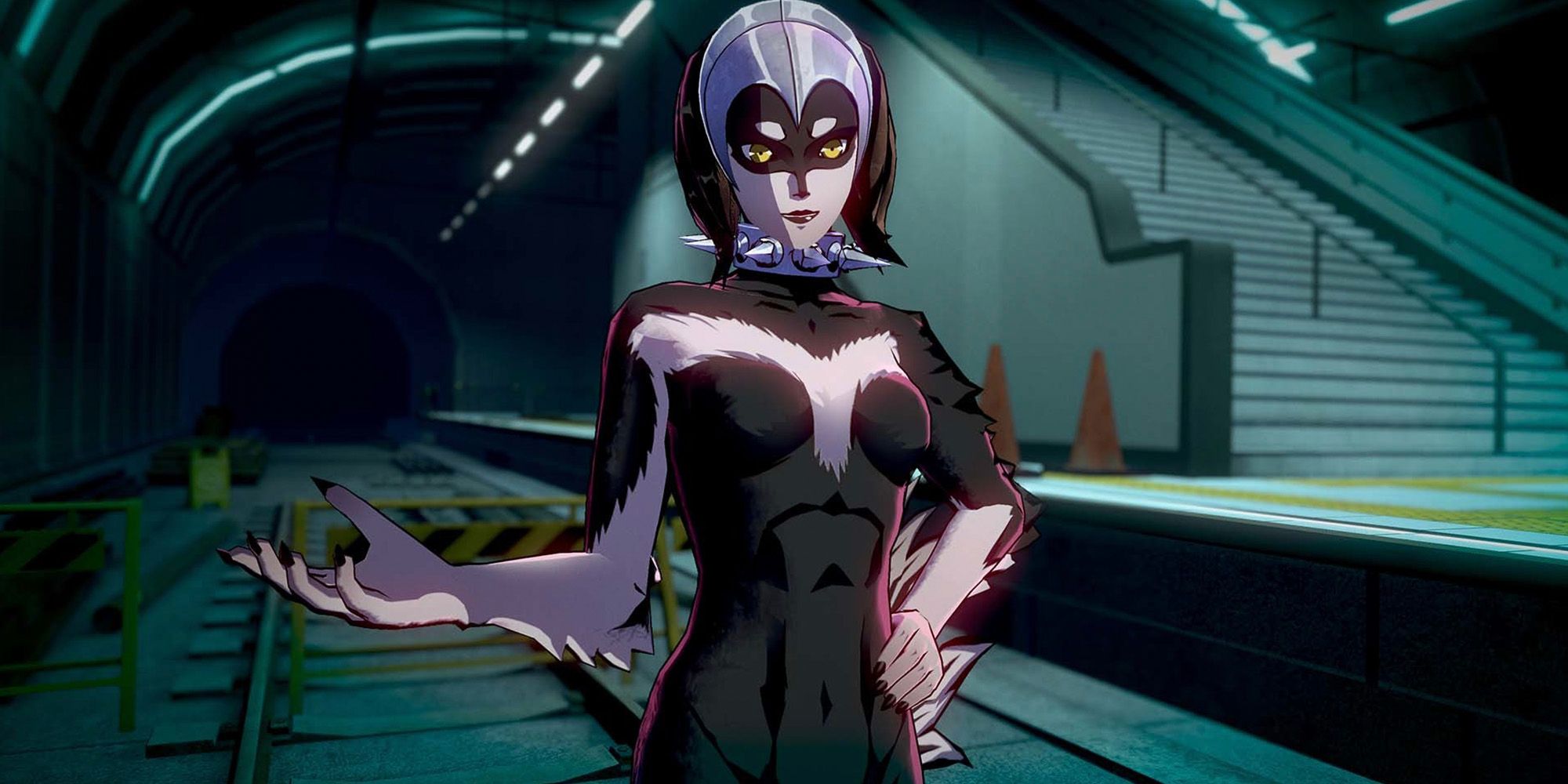 When you’re up against a group of demons with electric weaknesses, one of the best things to do is make sure that your equipment affinity level with Electric Mistiques is higher than usual. You’ll be able to increase the damage output with a higher mistique affinity.

But what do you need to perform this COMP upgrade? Well, first off, don't think it’s going to be cheap, because we’re talking about a 30,000 yen investment on your part. Plus you need to find one Cheap Chip, and two Divine Mane to complete the upgrade. 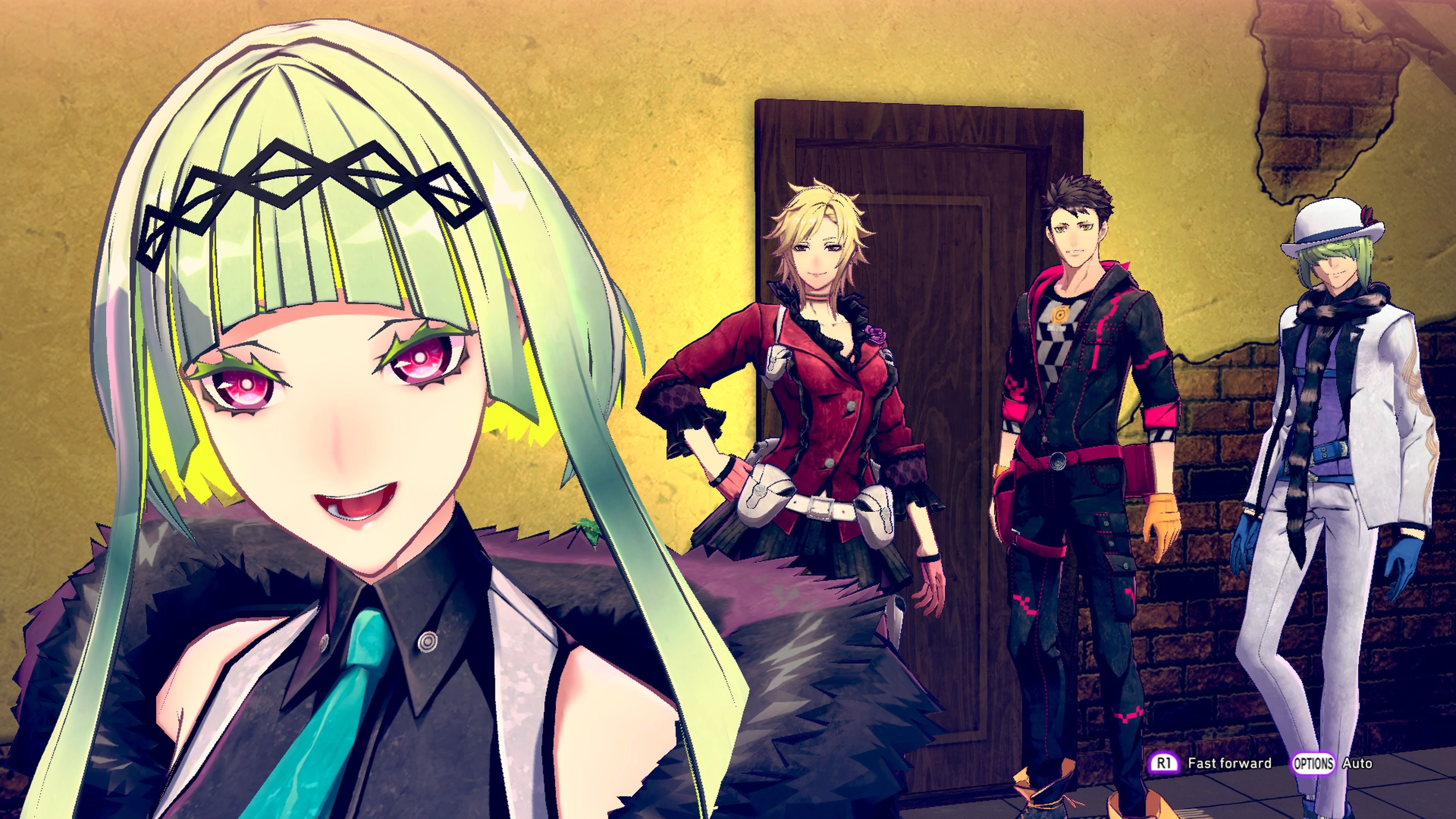 The first Automatic skill, or passive skill if you prefer, that you should buy is Auto-Repair. This way you’ll get the chance to receive some HP over three turns for all your allies. It’s a good way to save up on MP if you prefer to use it in other ways.

As it’s an automatic skill, Ringo is the only one that can use it, but everyone on the team does receive the perks. You are going to need 30,000 yen in cash, and materials wise you’ll need to find three Totem Memory, one Jirae Crest, and three Drakes Claw. 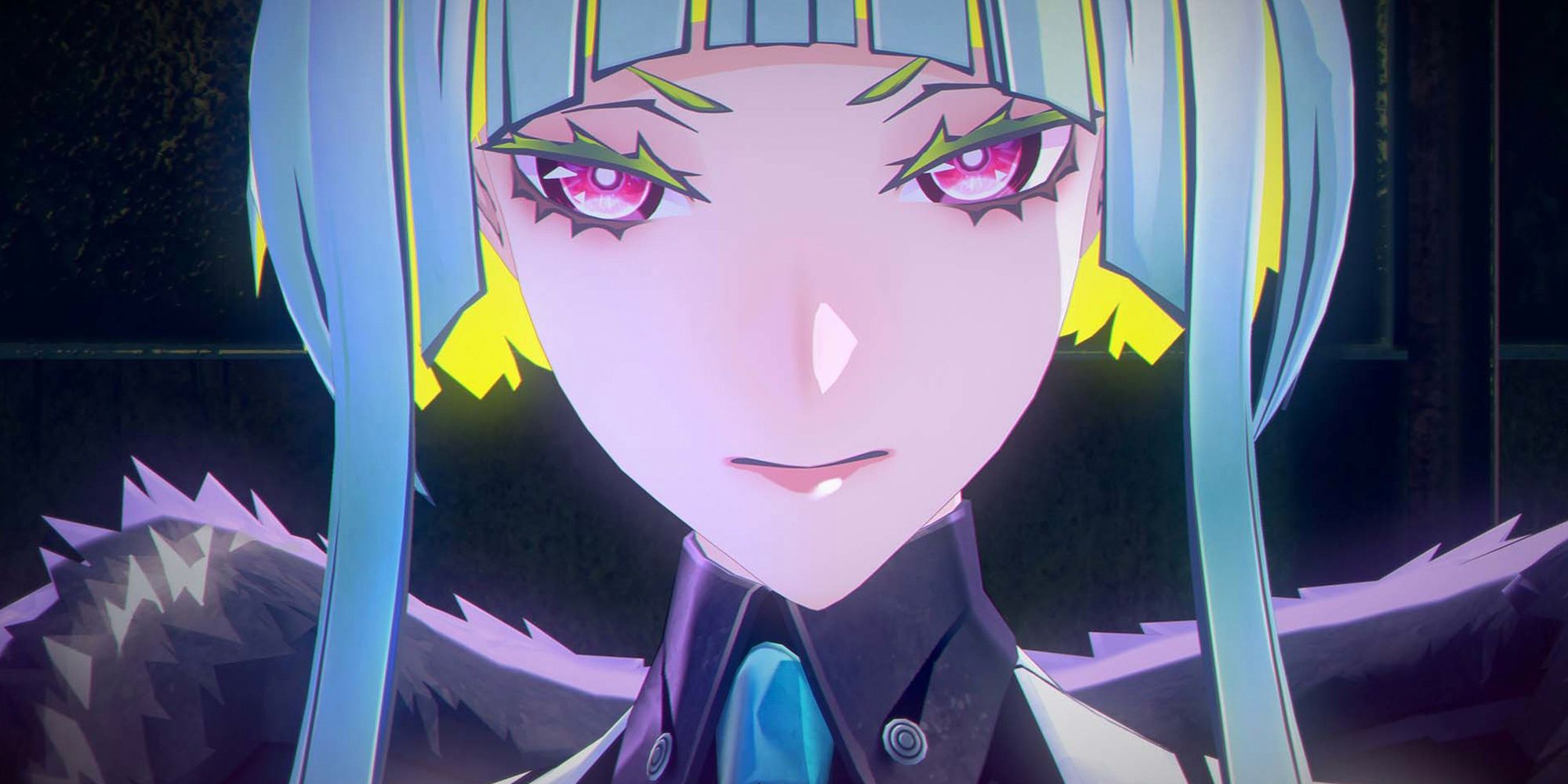 Violence isn’t always the answer, but sometimes it is, especially when the problem is a horde of demons. Sure it’s great to fight off demons with electricity or fire, but what about taking them down with some good old Physical Damage, just as Yusuke would do back in Persona 5?

This upgrade grants you the chance to do 35 percent more damage when hitting an enemy that suffers from physical weakness. Now that’s something worth investing the 40,000 yen into it, and looking for two Demon Alloy and another three Dragon King’s Eye when upgrading Ringo. While Milady is going to need two Demon Alloys and four Fairy Tendons. 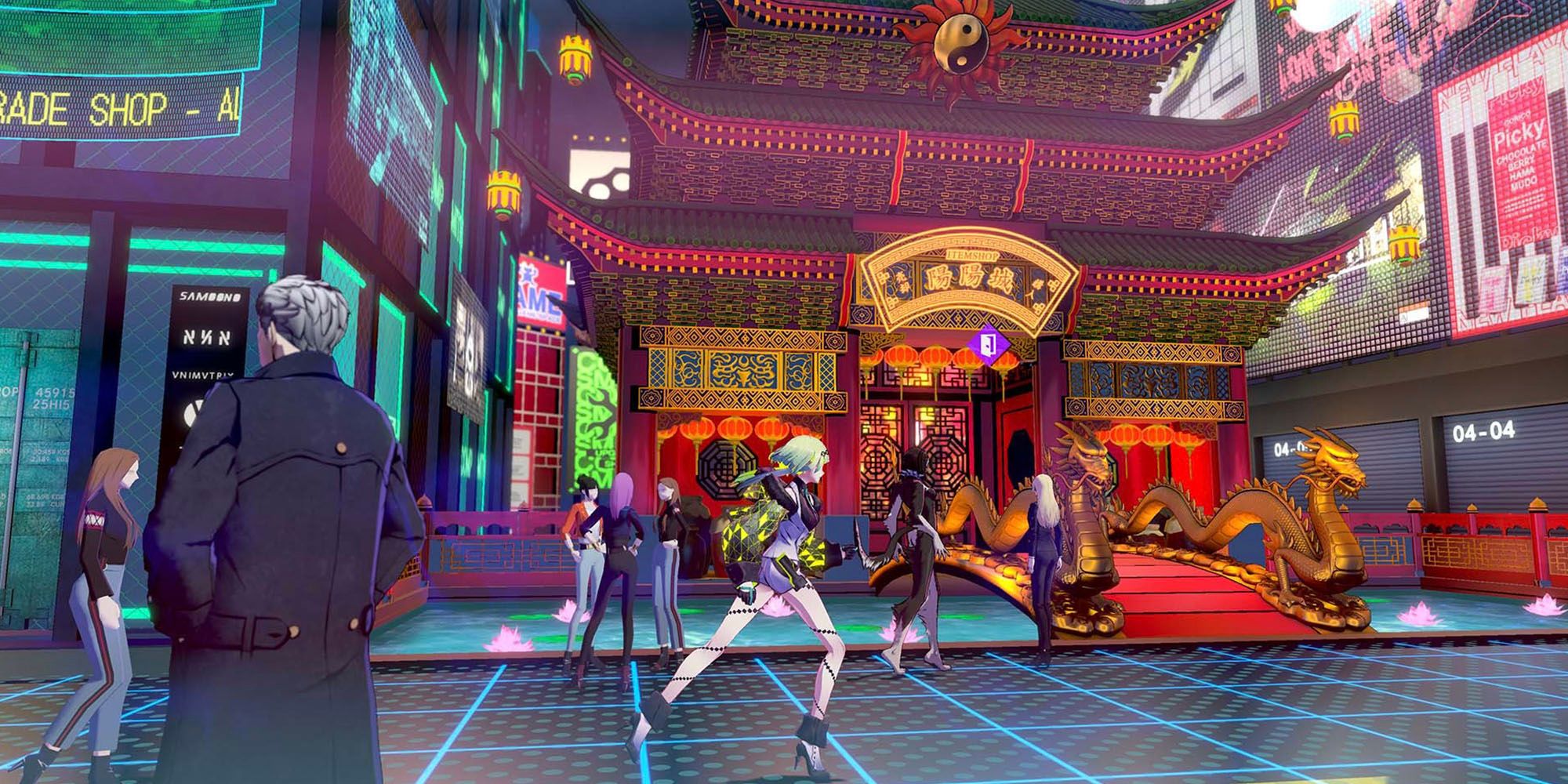 If you’re looking for a particular demon, and can’t take the endless running around anymore, this COMP upgrade is just what you need. No more mindless fights, once you upgrade with Meta-Search you’ll be able to search for the demon you were looking for, and have enemy encounters that feature that demon be marked with a special icon.

It’s a good thing to pick up especially early on when you’re still trying to catch a diverse cast of demons. For 15,000 yen it’s yours, and you only need to find two Totem Memory. 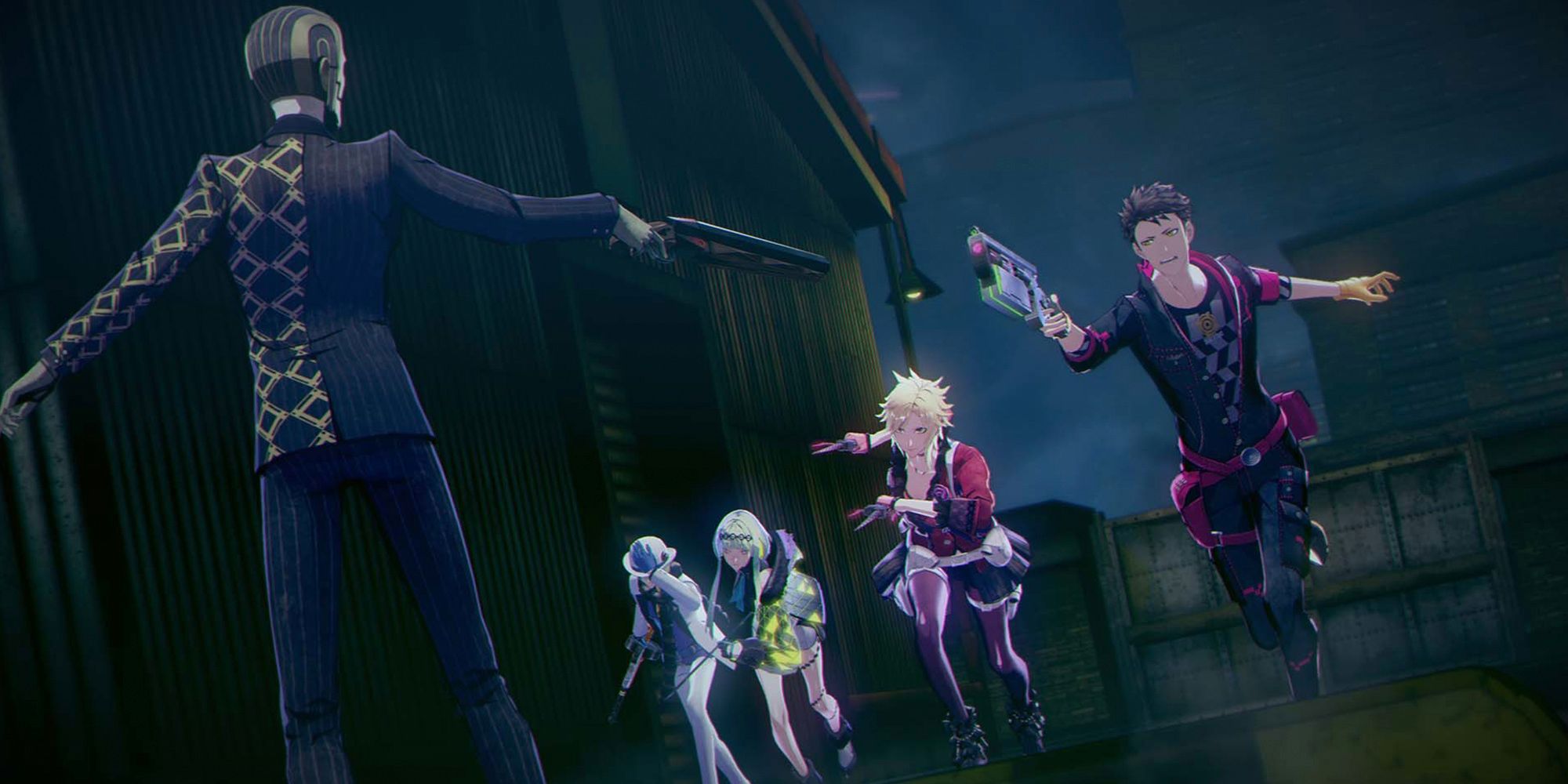 Healing is one of the most used abilities in the Shin Megami Tensei universe. Just like the previous entry on Electric Affinity, this perk gives you the chance to have a higher Healing Mistique.

For 30,000 yen, a Pirate Chip, and two Yoma Veils, Ringo will make sure your team stays nice and healthy, while Saizo is going to need one Cheap Chip and two Avian Magatama. You’ll want to make sure you have especially once those battles get more intense. 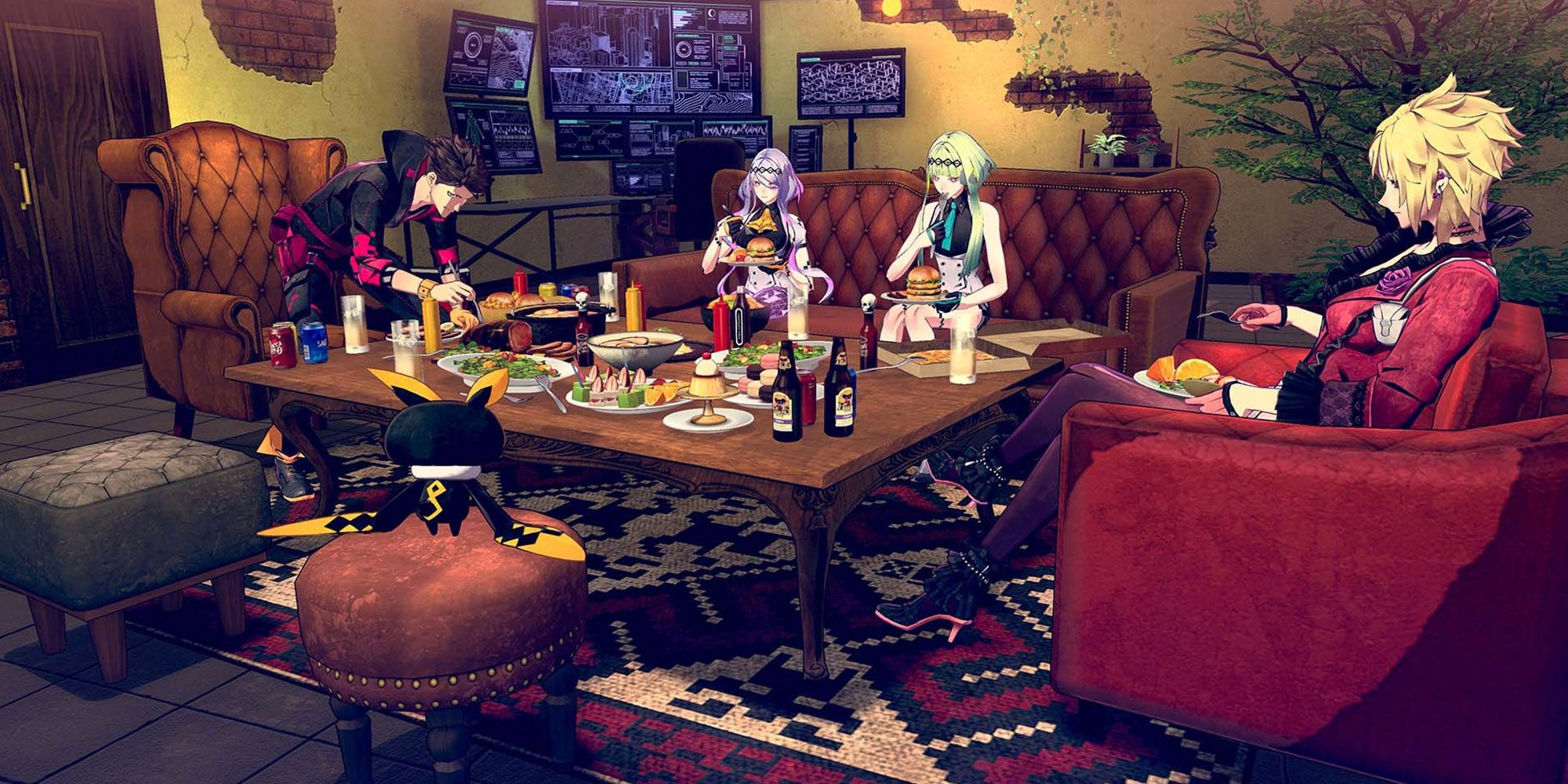 As we were saying before, Physical damage is a pretty important aspect of the game, and you should invest in it. The last entry on physical damage was about exploiting enemy weaknesses, but with the ATK+5 Upgrade you’ll get a generic physical skill, and bonus attack, damage increase. 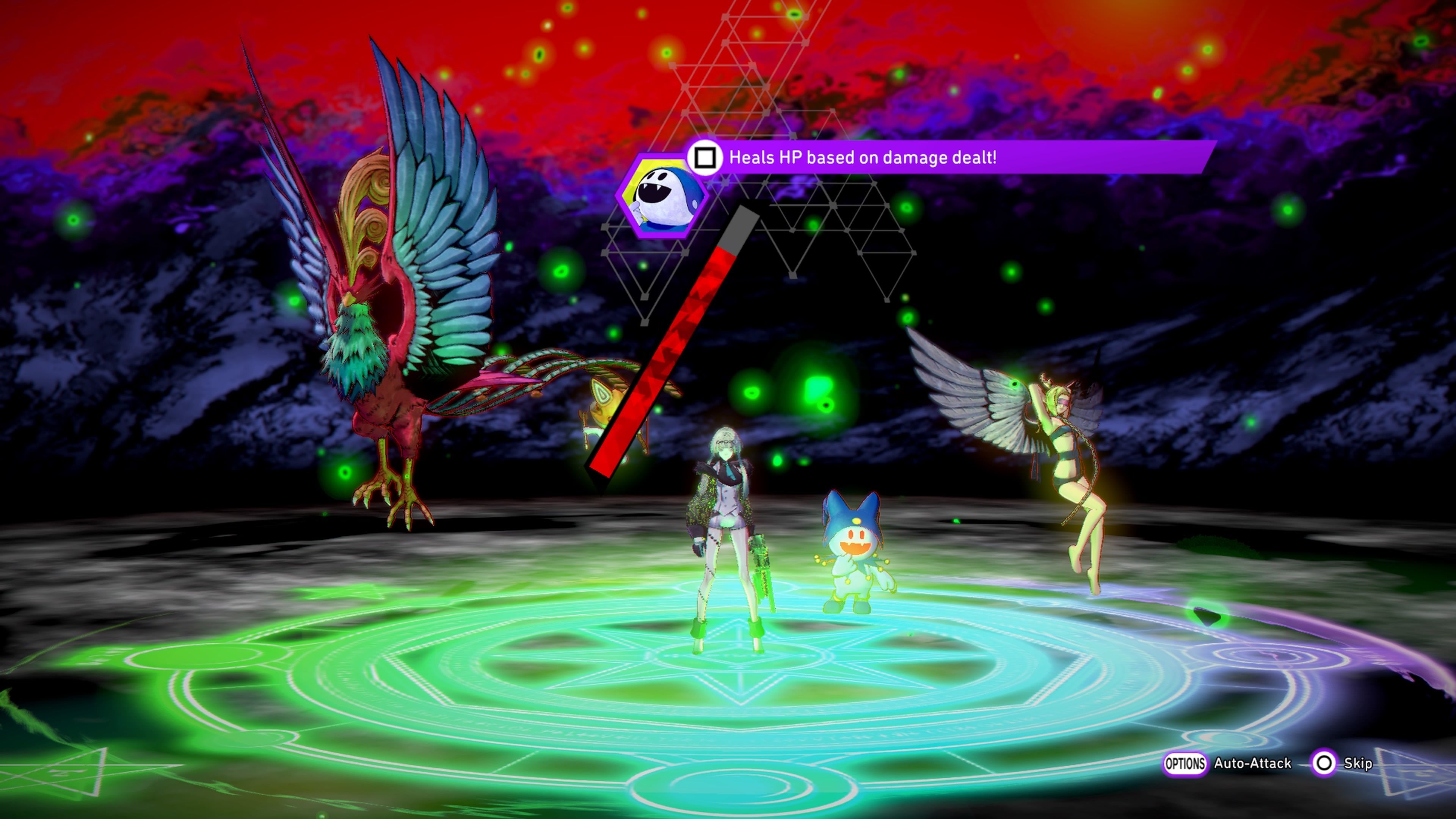 The Sabbath move in Soul Hackers 2 is one of the most exciting moments in battle. Especially when you can hit all enemies at once. But what if you wanted to only have the Sabbath hit one demon on the field? That’s what Damage Condenser is for.

Concentrating the Sabbath on a single enemy, and increasing its power you’ll be unstoppable. After a 6,000 yen expense and giving Tatara three Totem Memory, Three Wild Antenna, and two Demon Skin, you’ll be able to do just that. 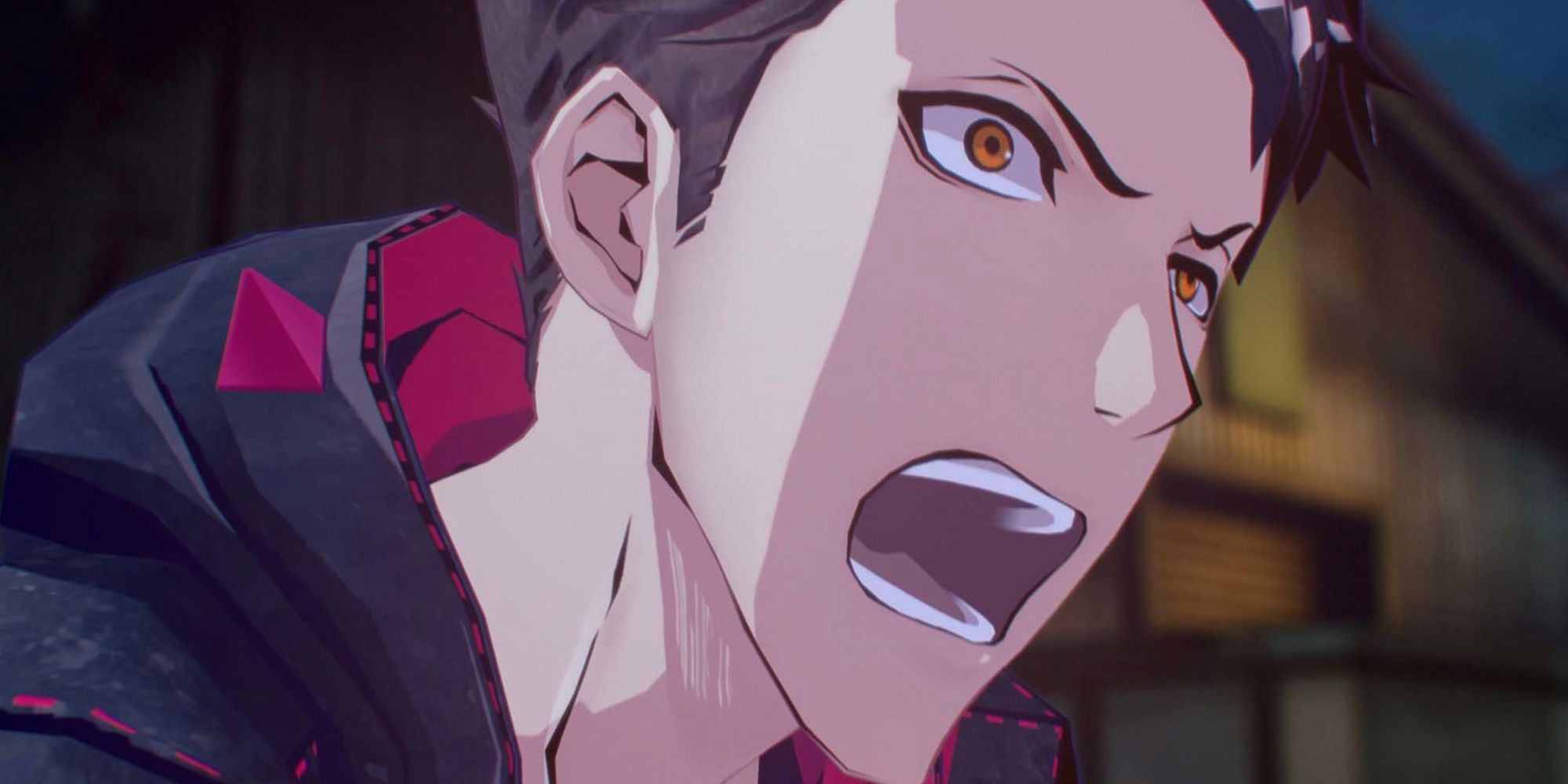 If you’re more about Gun Damage, and you’ve built your roster in that direction, you might be more inclined to pick up the Gun Boost II upgrade. With it, you’ll have the same 35 percent damage increase when targeting an enemy Gun weakness. Just like in Physical Boost II.

After shelling out 40,000 yen you’ll be able to add this to your COMP Upgrades, don’t forget to find the necessary materials as well. Those will be two Nitrodite and three Femme Foktongue, for the MK90, while for the Tommy Gun the same Nitrodite and two Angelic Scepters. 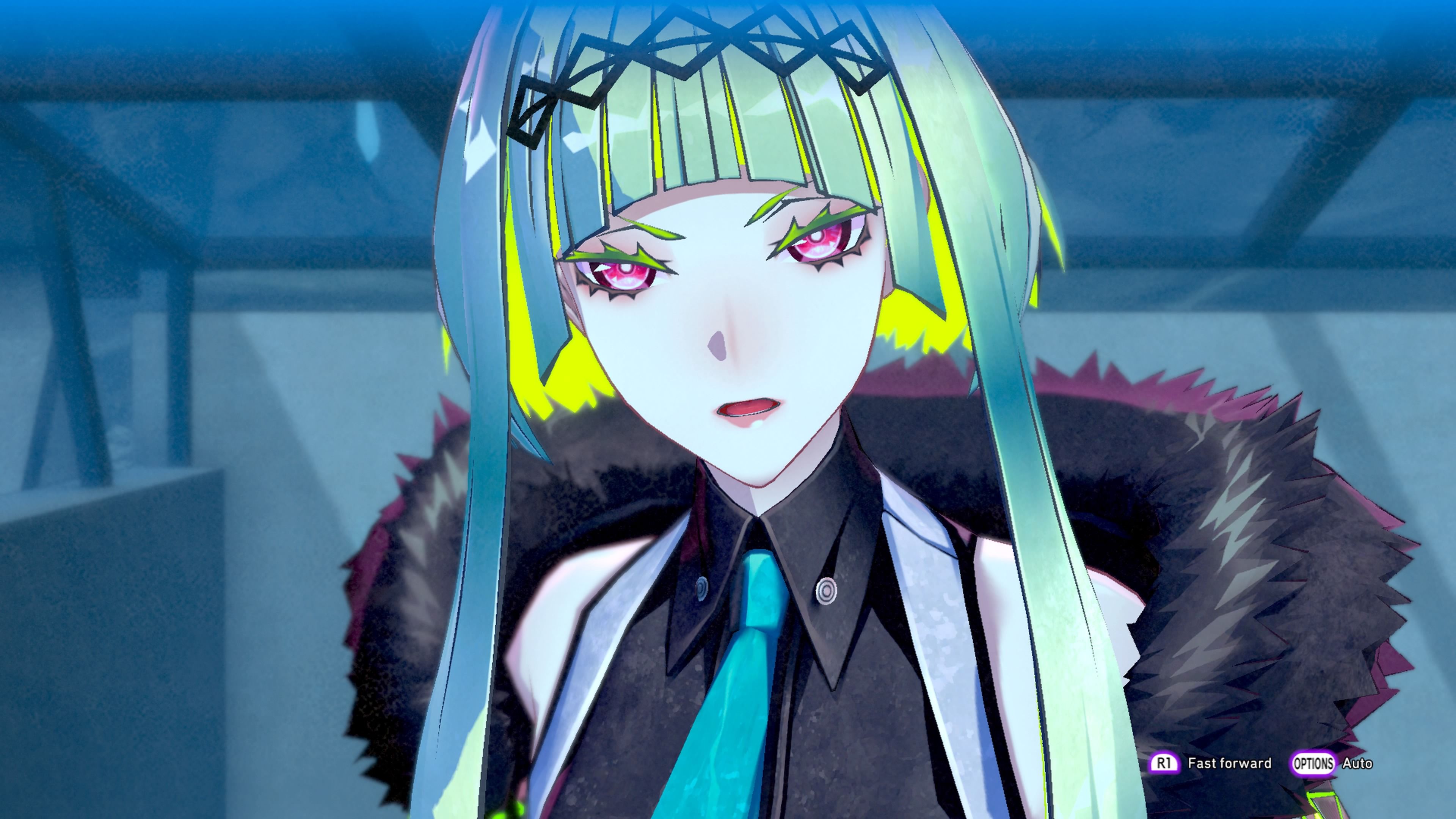 One of the last COMP upgrades we suggest trying to pick up is the Master Conversion, once you add this to Ringo’s Summoner tools, you’ll be able to let your allies change all of their demons mid-battle. You need four turns to make it happen, but it’s worth the wait.

You are going to need 60,000 yen to purchase it from the COMP smith, and you’ll also need three Totem Memory, three Beast Paws, and two Wicked Bird Coal. 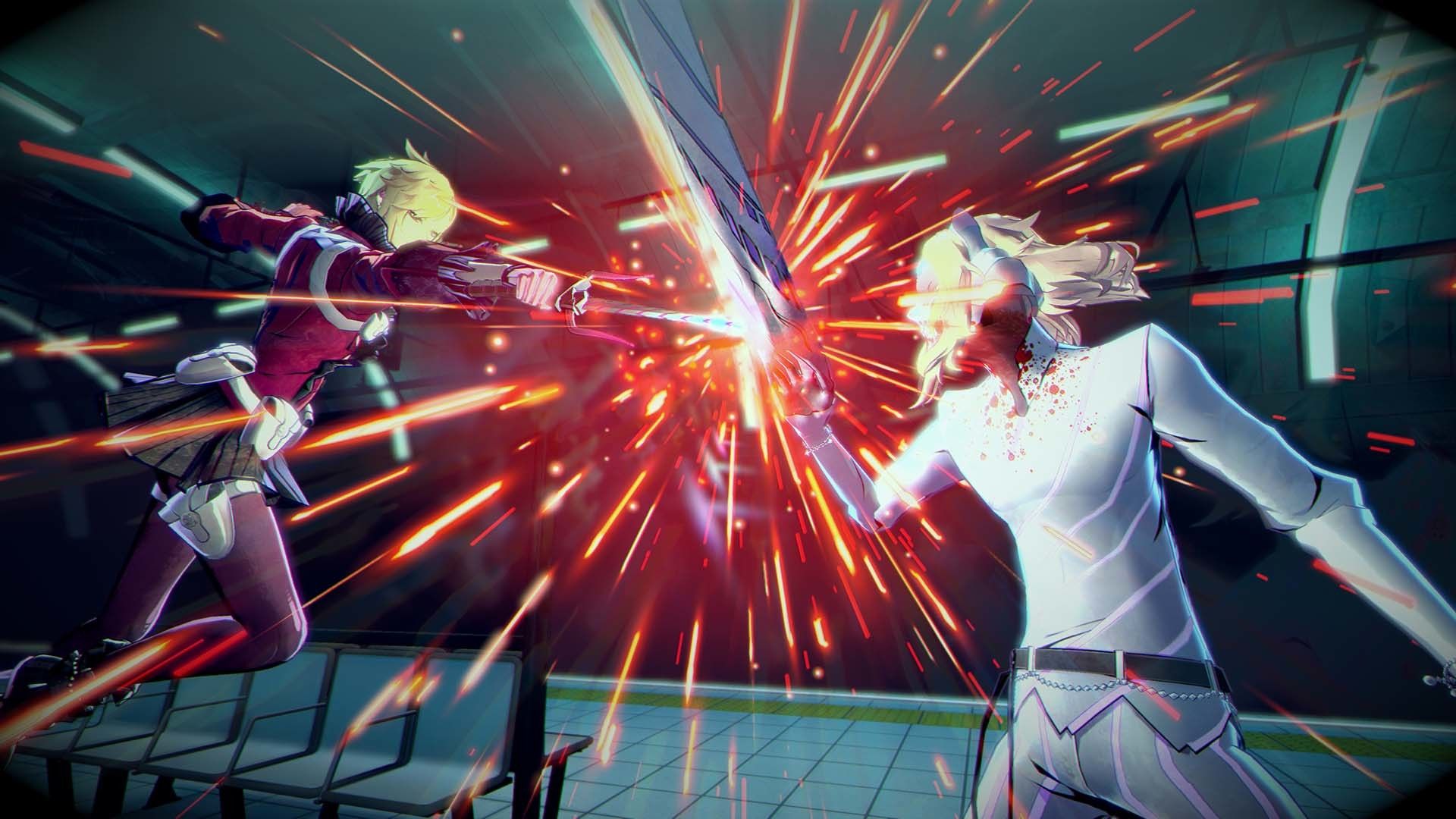 Last but not least, let’s add some extra physical power to the gang. With Warrior’s Insight II you’ll be increasing the Critical Rate of all Physical Skills, this way you’ll really be able to pack a good punch.

When it comes to good COMP Upgrades, Warrior’s Insight II sits at about 40,000 yen, and you’re going to need to bring with you two Demon Alloy, and three Dubious Wheels. After you bring all of those to Tatara you’ll see that Critical Rate goes through the roof.