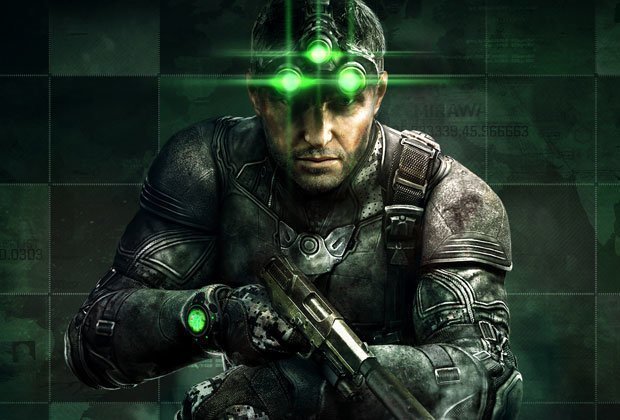 Splinter Cell is one of the most interesting stealth series in gaming history. There was a time when it was shoulder to shoulder with the likes of Metal Gear Solid.

We haven’t heard much about it since though aside from a small nod in some of the recent Ubisoft games like Wildlands.

Well, if Luca Ward, the Italian voice actor behind Sam Fisher is in the know, then we may well have a new game incoming sooner than we think.

Given that E3 is rapidly barrelling towards us like a freight train, it could be far sooner than we think.

According to a thread on Reddit Luca has been teasing fans of the series on social media using the iconic night vision goggles among other little things like old footage of him voicing Sam Fisher and even updating his Facebook cover with a Splinter Cell reference.

It isn’t unheard of for a voice actor to tease a game ahead of its release. Given how influential they can be to their fans it is a good way of bringing up hype before a company is ready for a full announcement.

There was the infamous Walmart Canada Leak last year which had a large number of unannounced titles on it too. The only two we haven’t seen are Borderlands 3 and Splinter Cell.

So, when can we expect to see this? Well, given that it has been rumoured for so long and the teases have been coming in slyly for a while, it could well be soon after E3.

The marketing cycle for gaming is changing rapidly and it isn’t unreasonable to expect a suddenly released game (Apex Legends) to still do brilliantly despite no marketing. Hopefully, E3 will hold the answers.

Back in November of last year, In an interview with Game Informer, Ubisoft Chief Creative Officer Serge Hascoet noted that the company is ‘fighting for resources’ to make a new Splinter Cell title.

When asked about the future of the series and that of the Prince of Persia franchise, too, Hascoet noted:

“I love Splinter Cell. I love Prince of Persia. I can’t disclose any information at this time, but I can say we are fighting for resources. It’s not a question of will, it’s a question of means.”

It sounds like the company is really trying its best to make the series return – and we look forward to hearing more about it soon.

“Splinter Cell is a brand we talk about a lot. It’s also personally one of my favorite series. We don’t have anything specific to share at the moment but teams are working on different things, so stay tuned for more.”

Hopefully, the next game in the series isn’t too far away.