Star Wars: Squadrons Drops An Animated Short Film To Prep You For The Game’s Release

We’re all very patiently awaiting the return of the first Star Wars flight arcade shooter since X-Wing Alliance. The wait will soon be over as Star Wars: Squadrons drops on October 2, but until then, here’s an animated short to get you in the mood.

“Hunted” gives us all a taste of what it will be like to fly in Star Wars: Squadrons. The game (and the video) takes place shortly after the Battle of Endor, where both the Super Star Destroyer and the Death Star were destroyed along with most of The Empire’s command structure (including the Emperor himself). New Republic forces are on the offensive wiping the remaining Imperial fleets off the map, which is where Hunted makes its appearances. 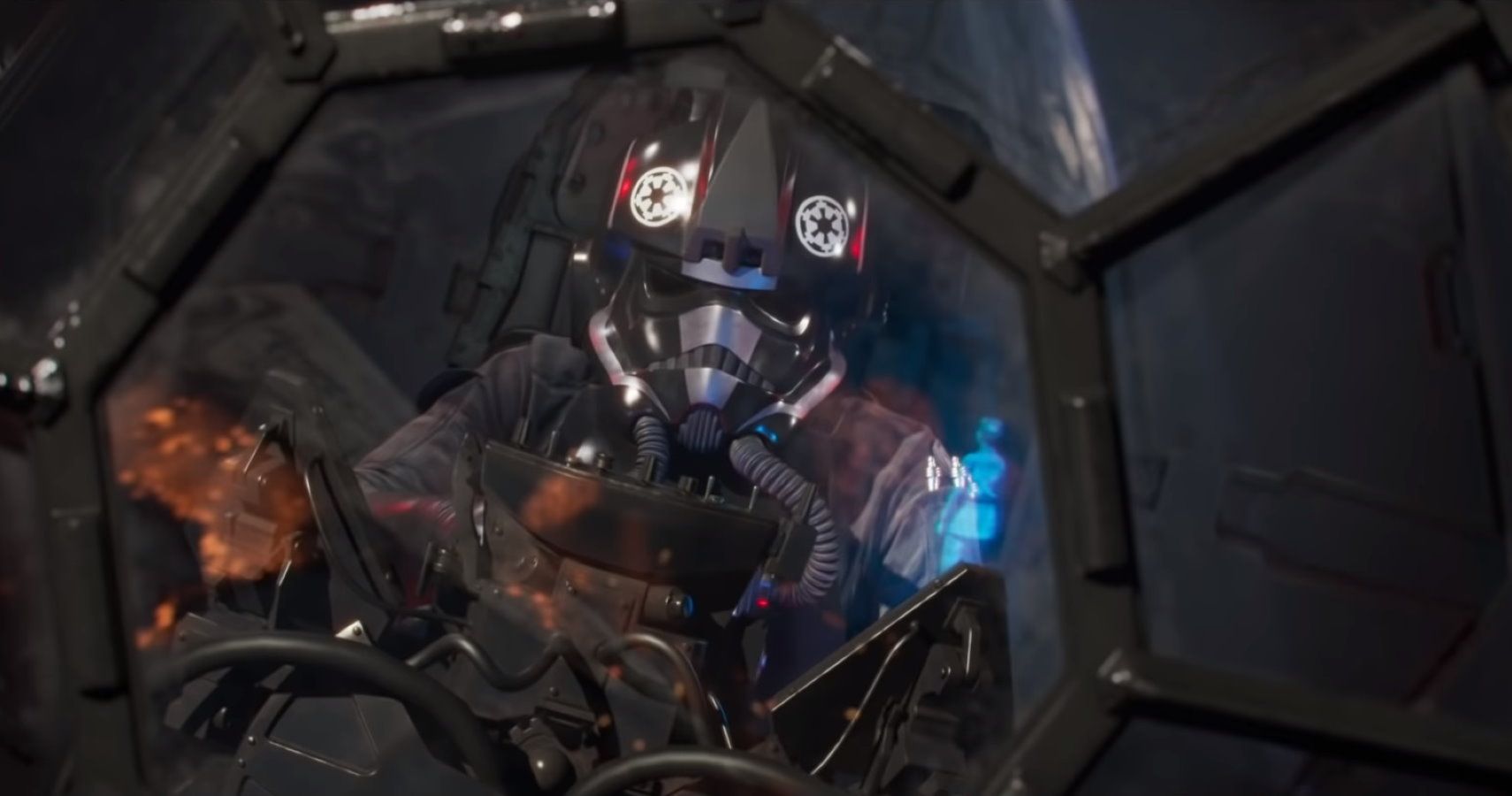 Titan Squadron Leader Varko Grey is on the losing end of the battle for the Var-Shaa Imperial Dockyards. With his squadron in pieces around him, Grey makes a desperate attempt to save a stranded TIE Bomber before it gets blown to pieces, damaging his TIE Interceptor in the process. Unable to reach the retreating Star Destroyer in time, Grey goes radio silent hoping that the New Republic forces will assume he’s just another disabled Imperial craft.

It almost works too, but a curious X-Wing pilot peers through Grey’s ruse to engage in a furious 1v1 dogfight that ranges from space to a planet’s atmosphere. The fight is fast and furious, with debris from the space battle above raining down like meteors.

Eventually, Grey manages to get the upper hand and escapes the New Republic’s grasp, only to crash into the ocean as his TIE Interceptor finally fails.

A couple of gameplay elements are represented here. First, Grey changes his TIE Interceptor’s energy configuration as he attempts to make a crash landing onto the Star Destroyer, pulling his juice away from weapons and shields and dumping it into the engines. He doesn’t make it, but players might be luckier in the actual game.

Grey’s TIE Interceptor also hacks the incoming X-Wing missile, perhaps giving us a preview of what special abilities one can expect in Star Wars: Squadrons.

Don’t forget to take a look at the singleplayer footage released at Gamescom, and also remember that Star Wars: Squadrons will have full HOTAS and flight stick support at launch on October 2.