Elden Ring is a game known for a lot of things: difficult encounters, beautiful fantasy settings, and apparently also feet. Yes, I said feet. According to the game’s Steam page, players cannot get enough of the wide variety of feet included in the game. In fact, the top guide found on the game’s page is all about the feet you can encounter in the Lands Between.

In the aptly titled The Many Feet of The Lands Between guide, players can enjoy countless entries concerning the tootsies found in the FromSoftware game. This guide was painstakingly crafted by Steam user Mister B and features no descriptions whatsoever. Instead, you are treated to the name of the foot and a lovely photo of it to do with what you will. Plus, the guide is nondiscriminatory with the feet offered. While you get to look at the beautiful trotters of Rennala, you also can catch a peek at the messed up mud stompers of Smithing Master Hewg.

While there are currently only 70 entries, the guide is being continuously updated as new feet are discovered. After all, some feet are covered with footwear, making them useless for such a guide. Naturally, some of you may be wondering why such a guide exists in the first place. This happens to be an inside joke amongst longtime Dark Souls fans. If you've been following FromSoftware games and kept up with the work of Hidetaka Miyazaki, you may have stumbled across a meme concerning the game creator. The meme in question looks at the running theme in Souls games of characters not wearing shoes, hinting that Miyazaki has a foot fetish. 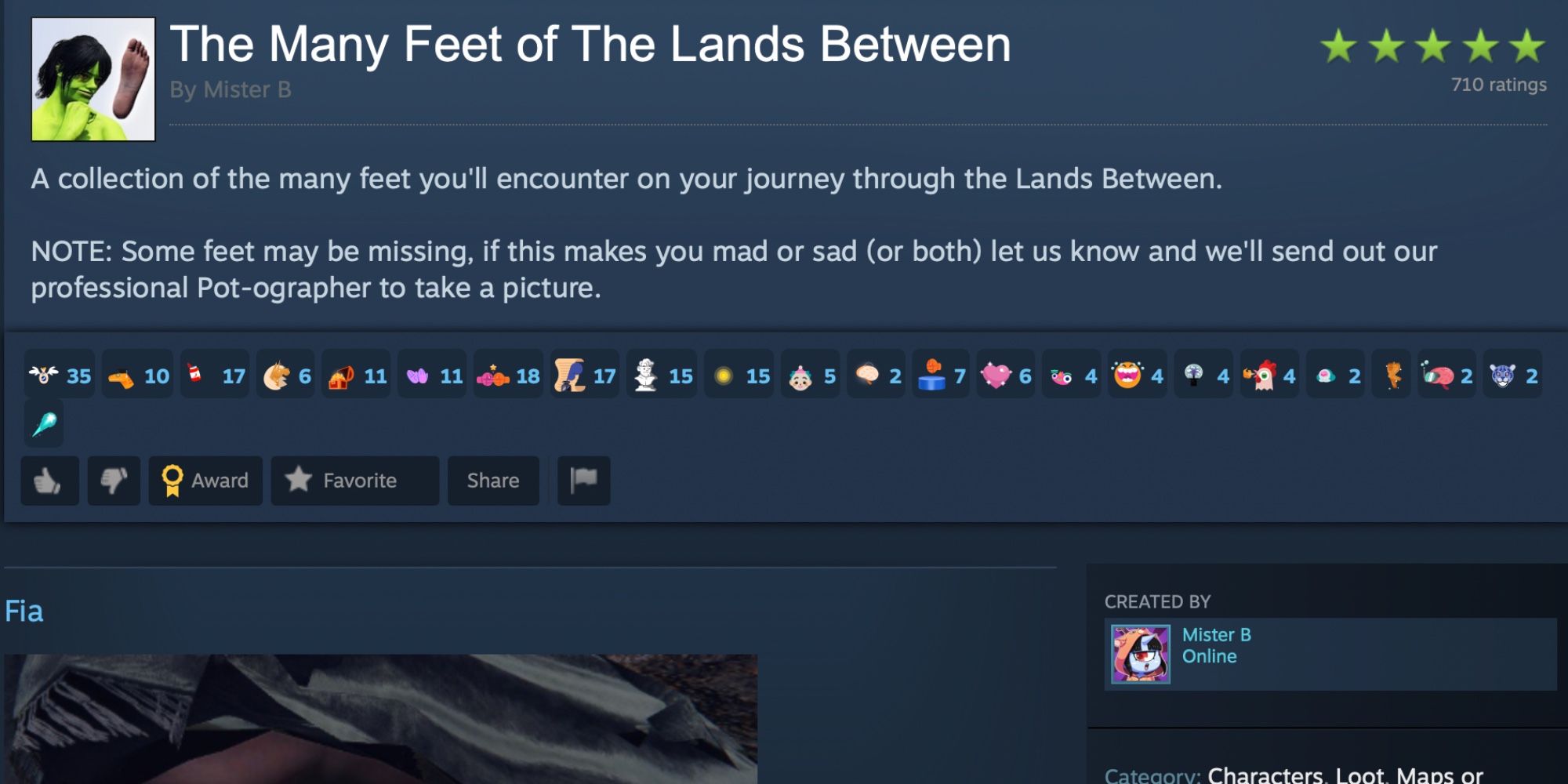 Fetish or not, people are clearly loving the guide as it currently has a perfect rating of five stars. Many of the commenters are enjoying the callback to the Dark Souls meme and the sheer absurdity of such a guide. Of course, some people are not in on the joke and cannot fathom why such a guide would exist for a game like Elden Ring. However, they really should pay attention to how many bare feet are on display in the Lands Between. Spoiler alert, it’s a lot.