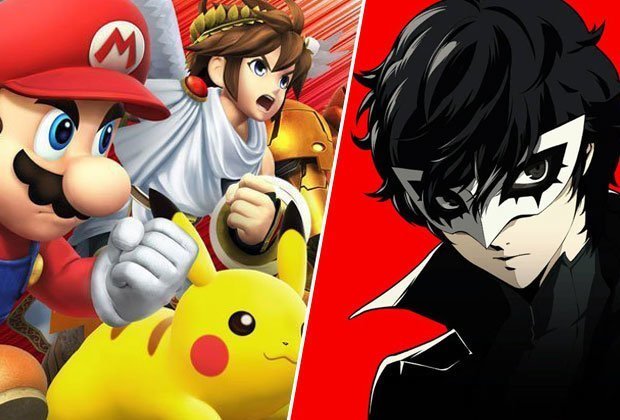 With the approach of Joker, the protagonist of Persona 5, in Smash Bros. Ultimate it looks like more pieces of this particular puzzle are falling into place. Back in December, there was a huge datamine that revealed lots of information.

This has been followed up by another datamine in February that has the code “Jack_Menentoes” within it. Jack Frost is a popular character from the series and one of the more iconic enemies you face off against.

Menentoes, on the other hand, could be a code for Mementoes which are a key part of the Persona 5 game and could well be the name of the stage that will drop with Joker next month.

Lots of fans have noted that the game Persona 5 starts on April 9th, which would be a wonderfully poetic release date for the anticipated character.

According to this piece from Newsweek this isn’t all there is to glean from these datamines though, it goes even deeper.

Along with all of these, the December datamine talked about the possibility of the next character being from the popular RPG series Dragon Quest. Specifically Dragon Quest XI.

This makes a lot of sense given there is a special edition of the game coming to the Switch later this year.

Full details are still sketchy but supposedly the new stage will be Alefgard – the geographical setting of the original Dragon Quest for those who don’t know.

The character will be Erdrick both male and female and there may be the popular Slime character in one of the skills.

The fact is that whoever we get next will be another brilliant addition to the excellent fighting game that’s already packed to the rafters with a whopping 75 characters.

Despite this, some of the other rumours surrounding potential DLC characters are even more wild.

A Dataminer and Modder named HALO HYPE found that there were 16 dummy slots in the World of Light mode.

And some of the rumoured characters are wild.

One of the more sensible rumours suggests we’ll see Ryu Hayabusa from the Ninja Gaiden series, a natural fit given the old-school ties between the series and good old Nintendo.

Then we could be getting Steve from Minecraft. Steve is the name of the default character you play as.

While the series is owned by Microsoft, there have been other indications of the two companies becoming strange bedfellows.

However, the final character is perhaps the most strange, as it’s supposedly Doomguy – the guy from Doom.

You might think he is a bit too adult for the series, but just keep in mind that Bayonetta is a witch who gets naked when she fights.